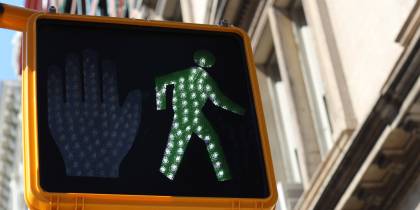 The safety of our travellers is paramount and we closely monitor the latest travel advice for the destinations our tours visit.

Please continue to the following link for COVID-19 travel updates.

Our team in Japan
All of our office team, tour guides and their families in Japan are safe and well. They are all hoping that the situation is resolved shortly so they can get back to work as soon as possible. They are further concerned about the affects this will have on tourism and the best way that we can support them is by not blanket cancelling tours.

The island nation of Japan is situated within a major earthquake zone, which results in frequent seismic activity and earthquakes ranging from small tremors to devastating disasters. If earthquakes occur below or close to the ocean, they may trigger tidal waves known as tsunami.

The last major earthquake to hit Japan was the Tohoku earthquake of 2011, one of the strongest to ever hit the country and one of the five worst earthquakes in the world. Combined with the tsunami that followed, the earthquake resulted in the death of over 15,000 people and extensive damage to the infrastructure along the Pacific Coast of northeastern Japan.

The Japanese Meteorological Agency monitors seismic activity and issues warnings and advisories on earthquakes, tsunamis, cyclones, volcanoes and landslides, and we follow such warnings carefully. Since launching Japan as a destination our tours have departed without any problems and it's possible to visit Japan even during times of minor tremors (shindo 0-3) without any threat as there's little damage caused and many of Japan's newer buildings have been made earthquake resistant.

Check out the following useful resources to help plan your visit to Japan:

Best Time to Visit - Japan's climate and seasons
Best Places to Visit - destinations in Japan not to be missed
Tourist Visas - what you need to know prior to travel
Top Travel Tips - information about money, food and luggage forwarding
Traveller Reviews - what our passengers say about our Japan tours
Transport in Japan - handy info on getting around by train in Japan
Top 10 Japan Experiences - get the most out of your time in Japan
Cherry Blossom Festival - all your frequently asked questions answered