Istanbul to the Acropolis - 15 day tour

PRIVATE TOUR: From the great capital of the Ottoman Empire to the ancient capital of Greece, discover archaeological treasures, natural wonders and the jewels of the Greek Islands; Rhodes, Santorini and Mykonos.

Arrive Istanbul. You will be met at the airport upon arrival and transferred to your hotel. The rest of the day is yours to spend as you like.
Overnight: Istanbul

Istanbul. Today enjoy a guided city tour of the old city part of Istanbul, taking in the Blue Mosque, Hagia Sofia, the Byzantine Hippodrome, Topkapi Palace and the Grand Bazaar. This evening there is the option to attend a traditional Turkish show with dinner.
Overnight: Istanbul  |  Breakfast

Istanbul - Canakkale. This morning we drive to the emotive battlefields of Gallipoli, where we’ll visit Anzac Cove, the war museum and explore the trenches and other key sites from the World War 1 ANZAC campaign before crossing the Dardanelles to your hotel in Cannakale.
Overnight: Canakkale  |  Breakfast, Dinner

Canakkale - Kusadasi. This morning visit legendary Troy to see a reconstruction of the fabled Wooden Horse, used in the Trojan War and the Roman acropolis of Pergamum. At Pergamum explore the temple ruins and see the Altar of Zeus. Your base for the next two nights is coastal Kusadasi. On day 5 enjoy an excursion to explore ancient Ephesus, the best preserved classical city in the eastern Mediterranean. See the ruins of the great Temple of Artemis, visit the Mother Mary House and a local handicraft manufacturing house.
Overnight: Kusadasi  |  Breakfast x 2, Dinner x 2

Kusadasi - Pamukkale. Today enjoy a tour of the ancient town of Hierapolis and the magnificent white calcium terraces of Pamukkale. Tonight, why not take a dip in your hotel’s hot spring pool!
Overnight: Pamukkale  |  Breakfast, Dinner

Pamukkale - Rhodes. Transfer to Marmaris for a ferry to the Greek island of Rhodes, the largest of the Dodecanese group. Spend day 8 at leisure exploring this beautiful and historic island; perhaps visit Rhodes City and see the walls of a very well preserved Venetian castle; built by the Knights of Saint John, one of the finest examples of medieval architecture.
Overnight: Rhodes  |  Breakfast x 2

Rhodes - Santorini. Transfer to the airport for a short flight to Santorini. Spend the next two days at leisure. Santorini is located in the Cyclades island group, in the Aegean Sea. This dramatically striking volcanic island is the only inhabited Caldera (volcano cauldron) in the world, with towns and villages perched on top of the massive cliffs of the caldera and beautiful black and red beaches. Santorini is renowned for its spectacular sunsets and gorgeous villages with traditional white and blue architecture. Fira and Oia are the most famous villages, on the edge of the caldera which have amazing views over the Aegean and the volcano. Why not opt for a visit.
Overnight: Santorini  |  Breakfast x 2

Santorini - Mykonos. On day 11 take a hydrofoil or ferry to Mykonos. Transfer to your hotel and spend the next two days at leisure. Mykonos island is famous for its cosmopolitan atmosphere and exciting nightlife. The picturesque Cycladic capital is full of whitewashed houses and blue domed churches and the island boasts magnificent sandy beaches.
Overnight: Mykonos  |  Breakfast x 2

Mykonos - Athens. After breakfast on day 13, take the ferry to Athens, upon arrival you will be transferred to your hotel. Athens is the capital of Greece and took its name from the ancient goddess Athena and is thought to have at least a 3000 year old recorded history making it one of the oldest cities in Europe.

On day 14 enjoy a half day guided tour of Athens, giving you an opportunity to observe the striking contrasts of this fascinating city. Sights of interest include Constitution Square, the Houses of Parliament, and the National Library. See the Evzones (ceremonial guards) in their distinctive uniforms at the Memorial to the Unknown Soldier and the Presidential Palace. En route to the Acropolis you will also see Hadrian’s Arch, the Temple of Olympian Zeus and the Panathenaic Stadium where the first Olympic Games of the modern era were held in 1896. Saving the best until last, explore the legendary Acropolis; visiting the architectural masterpieces of the Golden Age of Athens: the Propylaea, the Temple of Athena Nike, the Erectheion and of course the spectacular and iconic Parthenon.
Overnight: Athens  |  Breakfast x 2

Athens. After breakfast, onward transfer to Athens Airport for your flight home.
Breakfast 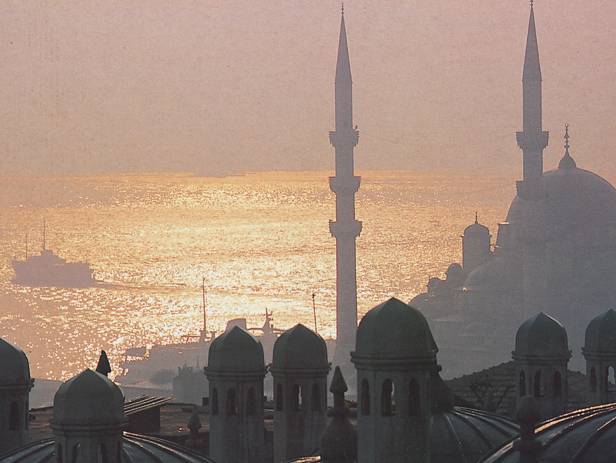 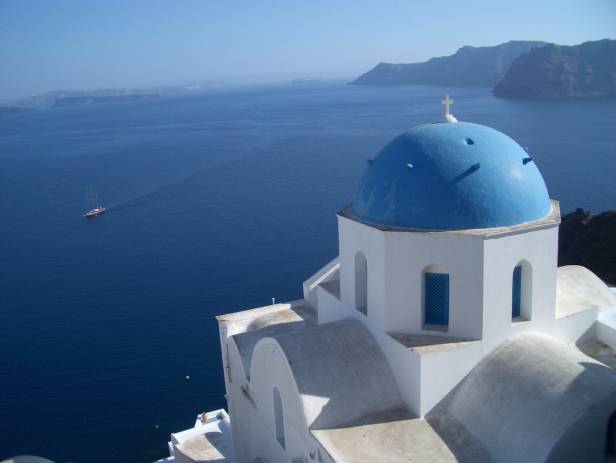 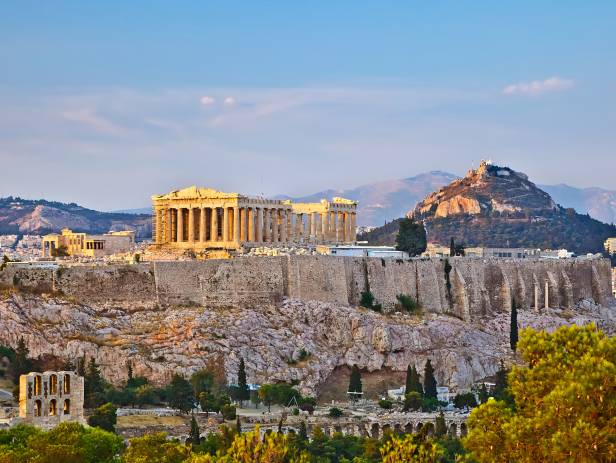 The Acropolis looking out over the city of Athens in Greece