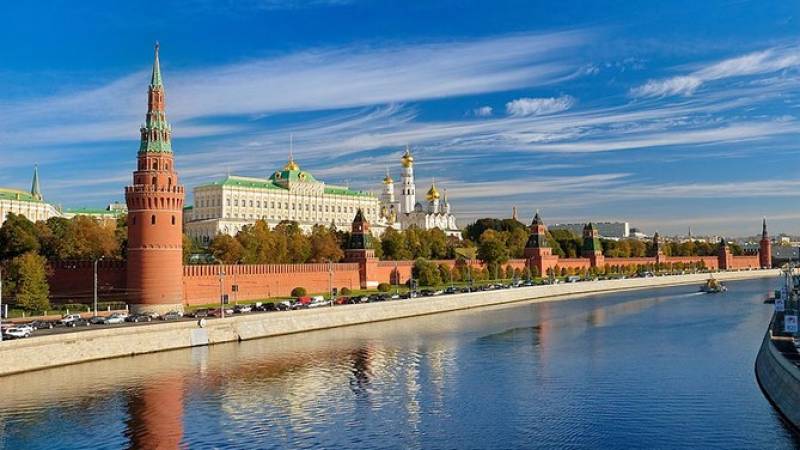 from AUD $71.57
Visit the amazing Moscow Kremlin on this 1.5-hour, small-group historical tour in the city center! See the magnificent former residences of Russian tsars and glimpse the façade of the Senate Palace, where the current president holds office. Learn about the fascinating history of the beautiful castle-like fortress, as well as the Russian state and Russian Orthodox Church as you tour the grounds, cathedrals and monuments with an informative guide.

Numbers are limited to 25 on this small-group walking tour, ensuring you’ll enjoy personalized attention from your guide
BOOK WITH CONFIDENCE: As members of ABTA and ATAS we are 100% financially bonded. You can book your day trip with us in absolute confidence, no matter where in the world you are.

Senate Building – the official working Residence of the President of Russia

Tsar Bell is considered to be the biggest one in the world. It weighs about 202 ton, it is 6.14 meter high and its diameter is 6.6 meters. The Tsar Cannon is a unique item in the Kremlin’s artillery collection. Judging by the Tsar Cannon's calibre of 890 mm, it was given its name as the world’s biggest cannon.

Cathedral Square or Sobornaya Square is the central square of the Moscow Kremlin where all of its streets used to converge in the 15th century.

Stop At: The Ensemble of a Belltower of Ivan the Great, Dvortsovaya St., 1Zh, Moscow 103073 Russia

The Ivan the Great Bell Tower is a church tower inside the Saint Basil's Cathedral complex. With a total height of 81 metres (266 ft), it is the tallest tower and structure of Kremlin. It was built in 1508 on Cathedral Square for the three Russian Orthodox cathedrals, namely the Assumption (closest to the tower), the Archangel and the Annunciation, which do not have their own belfries

It was the main necropolis of the Tsars of Russia until the relocation of the capital to St. Petersburg.

The Grand Kremlin Palace was formerly the tsar's Moscow residence. Its construction involved the demolition of the previous Baroque palace on the site, designed by Rastrelli, and the Church of St. John the Baptist, constructed to a design by Aloisio the New in place of the first church ever built in Moscow.

Cathedral of the Annunciation was originally the personal chapel for the Muscovite tsars, and its abbot remained a personal confessor of the Russian royal family until the early 20th century.

It was originally the personal chapel for the Muscovite tsars, and its abbot remained a personal confessor of the Russian royal family until the early 20th century.

Scoring an average traveller rating of 4.04 out of 5 based on the last 24 recent reviews

“
The tour guide was very attentive to the needs of the group, and explained the buildings and historical significance of the kremlin in very good detail. A good way to experience the Kremlin in a few hours.”
Is Vic • Submitted 14 Oct 2017

“
Guide was very informative and enthusiastic about what she was telling and showing us. Recommend tour to anyone.”
Renae W • Submitted 05 Oct 2017

“
This is all you need! Once you're in, you get the guided tour and afterwards, you're free to wander about! Just what I expected. Guide was great!”
Steven A • Submitted 30 Sep 2017

“
Very caring, showed us everything we wanted to see and more, amazing service and very freindly”
Amal C • Submitted 01 Nov 2016

“
Great tour guide Olaf (not sure of the spelling). Very resourceful and passionate person. He offered lots of ver useful information about different historical topics about Russia. Pleasant and very decent too. The tour itself was lovely covering the most important parts of Moscow. Thanks”
Maha T • Submitted 30 Oct 2014

“
Brilliant! Our guide was fantastic! She was also very helpful in recommending places to eat and visit outside the tour!!”
Laura C • Submitted 05 Apr 2014

“
Really enjoyed this tour. Just enough people to make it fun - but also very personal. Elena - our guide - was excellent. Really knowledgeable and clearly loved her job - which made it even more enjoyable for us. Great afternoon. Would highly recommend this tour.”
Michelle P • Submitted 19 Mar 2014

“
Perfect intro tour. Our guide was terrific. Great English, loads of history, and surprises inside the Kremlin walls... Worthwhile tour. A must for photographers.”
tours • Submitted 07 Dec 2013

“
This was fantastic -- the tour guide (Elena, I believe) was absolutely phenomenal. She made the entire experience quite a blast.”
Roshan K • Submitted 05 Nov 2013

“
The guide did a nice job of explaining the historical importance of the buildings inside the Kremlin and of Russian culture. But for a 90 minute tour, a 45 minute wait to get in was a bit much and unexpected. The extra time put us 45 minutes behind on our schdule for the rest of the day.”
Scott S • Submitted 15 Jul 2018

“
We enjoyed the tour guide, she was animated and knowledgable . We had an informed tour of the Kremlin. I have an important, objective improvement to suggest: When assembling for a tour could an address such as 1 Main Street be used instead of at the Kutafya Tower ( as an example). We have taken many tours with VIATOR and this is not the first time we have experienced difficulty locating the guide. In fact in Venice in 2010 we missed a tour completely due to this confusion.Another suggestion the guide could have an umbrella of a certain colour.”
Evelyn W • Submitted 17 Jul 2013

“
Good tour! However, the generalized area at the specified tower at the Kremlin is a very large place, with the entrance actually on the lower level. The tour guide wound up actually at street level between the tower and the stairway to the lower level. A more precise location for meeting up is recommended, as well as a VIATOR or some other flag or placard or something on the tour guide to allow easier recognition. . . . such as "in front of the ticket offices on the lower level."”
James P • Submitted 11 Jun 2013

“
First of all, a visit to the Kremlin is an absolute must whilst in Moscow. If you're short on time, then this tour is a great way of getting an overview of the main highlights and our tour guide was very knowledgeable and made the tour very interesting. However, it took about 45 minutes from when we met to actually get in to the Kremlin as we waited for those who hadn't pre-booked to pay for their tour, for the tour guide to get the entry tickets and to get through security. This meant that by the time we had finished, we only had about 45 minutes left before the Kremlin closed for the day to explore on our own. Overall, I'd say it's worth doing if you only have limited time but be aware that you may not have a lot of time to explore anything in greater detail.”
Tim G • Submitted 27 Jun 2015

“
It took way too long before we started, first had to wait as a whole group to solve an incident with some confirmation of tickets of participants, then the guide still had to buy tickets and finally we had to wait in a long queu. So we finally were in 1,5 hours later! The tour was ok, not special”
e.bosch • Submitted 01 Oct 2017

“
I did three tours, The Metro Tour, The Communist Walking Tour and this Kremlin Small-Group Tour and of the three this was the least appealing. By the time our guide acquired tickets for us and found our security person from the Kremlin, who is required to accompany the tour there was not a lot of time left. I felt that there was nothing really on this tour which you could not have achieved by just wandering around yourself.”
Margaret R • Submitted 01 Aug 2013

“
Difficult to find guide, the contact phone was not working, guide was knowledgeable but a bit eccentric”
Nataliya D • Submitted 11 Jun 2013

“
I was unable to find the guide amongst all the people there. In the end I bought another ticket for myself and did a self guided tour of the Kremlin. Waste of money booking the tour”
Robyn W • Submitted 04 Sep 2015

“
At specified tour time and place, there is no trace of tour leader, I have to buy the ticket myself at the ticket office, I just don't know what happened!”
Sio Wa W • Submitted 05 Jun 2015