My journey to Pench and Kanha began with a short flight from Delhi to the bustling city of Nagpur. A two hour drive from the Airport took me to the fabulous Tuli Tiger lodge in Pench. I was taken to a beautifully decorated private tent with all the modern comforts overlooking a small lake. Walking out on to the large outdoor deck I could get a panoramic view of the forest. After some rest and relaxation it was time to enjoy some good food and conversation with the naturalist near the poolside dining area. 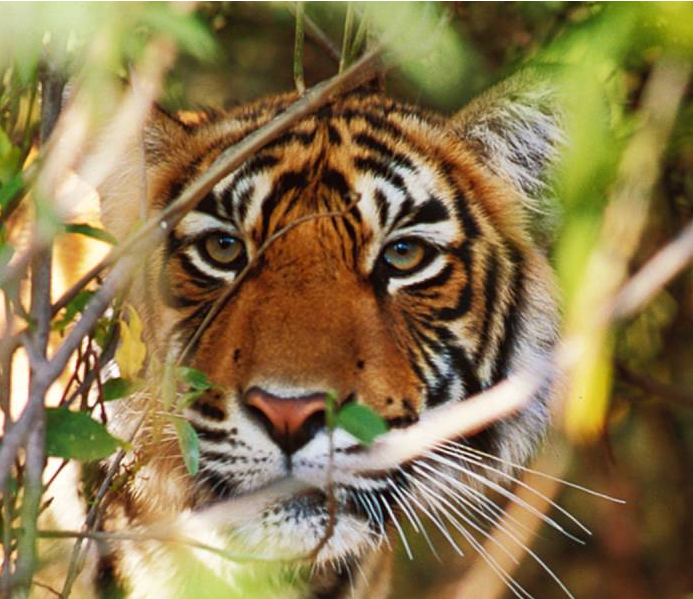 I was up early in the morning for my first game drive in Pench. After a nice cup of hot tea and biscuits it was time to get into the open top jeep and head to the park. Warmly wrapped up in a blanket to block the early morning cold wind it was time to go looking for some wild cats. With the help of the naturalist I was able to spot numerous kinds of Birds, Deer, Monkeys, Indian Bison, Wild Boar, Jackal, Hyena and even a Sloth Bear.

Unfortunately, I did not have much luck with spotting Tigers or Leopards on my first game drive. Pench national park is blessed with beautiful forests in all directions and after a couple of hours it was time for a pre packed breakfast near the Elephant campsite.

The afternoon game drive with the naturalist was fruitful as I was lucky enough to see a female Tiger with her two six male old male cubs near the reservoir.

It is difficult to describe how you feel when you set your eyes on this beautiful endangered animal.

We got as close as we could in the Jeep and it was quite an amazing sight to see the mother and her cubs lazing near the water. 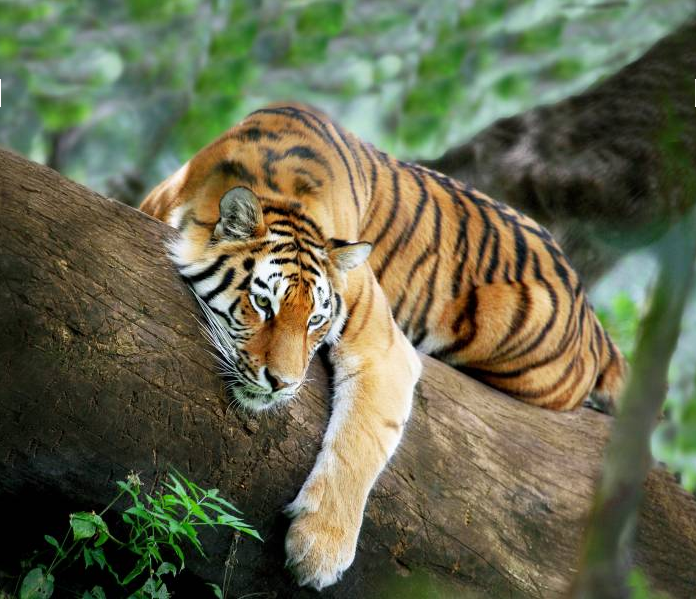 My next stop was a journey by road to Kanha one of India’s biggest national parks. I stayed in a wonderfully decorated cottage at the fabulous Tuli Tiger lodge in Kanha. India has a rich heritage of wildlife as well as a long history and tradition of conservation. India is also unique in the richness and variety of wildlife. But due to an increase in population and demand for land the natural wildlife habitats and the forests are being destroyed. The Government of India are now becoming conscious of the situation and have acted towards creating safer zones for the wildlife within the Reserve Forests. Kanha national park is one of the larger national parks where you see the changes being made. There is a fantastic viewing point where we enjoyed breakfast looking out into the lush and vast forest area that is the park. We were able to view the vast areas that are being reclaimed from villages relocated to other parts of the state.

Wildlife is precious and I was really glad to see that India is doing its best to preserve its forests and wildlife.