Skip to content
On The Go Tours Blog > News Tips and Trivia > Russian governor in trouble over earthworm salad tweet. 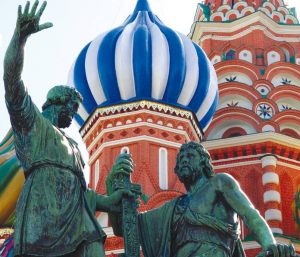 Russian governor Dmitry Zelenin found himself in serious trouble with the Kremlin after posting a message on Twitter which read ‘Such happens even in the Alexandrovsky Hall [in the Great Kremlin Palace]. Together with beef, a salad with live earthworms is served.’ The tweet was accompanied by a picture of a salad containing a live earthworm.

The tweet was later removed, but Zelenin now finds himself in trouble with President Dmitry Medvedev’s aide, who remarked ‘I should recommend my colleague’s lawyers to introduce a legal option to sack governors due to their idiocy.’

A new breed of bureaucrats grouped around Medvedev are working hard to be seen as passionate about gadgets, fashionable web services and public life, setting them apart from the secretive ex-intelligence and military officers more loyal to Prime Minister Vladimir Putin.

Ministers and officials are known to tweet publicly about their holidays, sport activities and business trips, but stay away from politically sensitive subjects such as the recent sacking of Moscow’s mayor.

Perhaps the Kremlin will have to start hosting social media seminars.