Skip to content
On The Go Tours Blog > Our Adventures > Wide-eyed wonder in Moscow & St. Petersburg 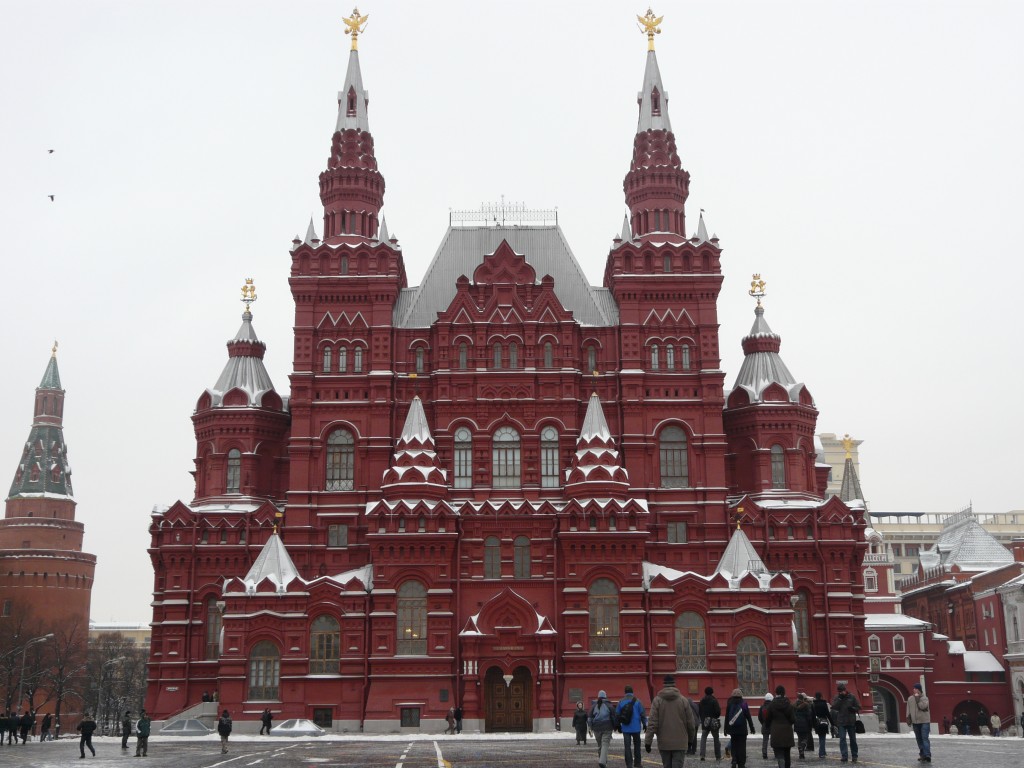 Russia is one of the most fascinating countries I have ever visited. It was a place that I had wanted to explore for years, and even when I spent 4 years working in Europe, I sadly missed the opportunity to go. It wasn’t until 2008 that my dream of travelling in Russia finally come true.

Although Russia can be one of the priciest places to travel to, it’s definitely worth it. Moscow has been voted two years running as the most expensive travel destination, but being part of a group tour cuts costs quite substantially. I had a cup of coffee in GUM department store and it cost me the equivalent of $US16 at the time (admittedly, it was in the Georgio Armani café and not a true representation of most coffee prices in Moscow). 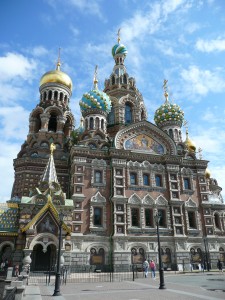 Many people don’t realize that although the cost of accommodation can be quite high, staying in a 3 star prefabricated Stalinist style hotel is not only fun, capturing the essence of the Cold War era, but it ensures that costs stay low. It almost feels like there is a party going on in the room before you get there, as the curtains, bedspreads and floor covering all seem to compete for the prize of most ostentatious!

The language barrier in Russia is far more apparent than in other countries, but this allows one to soak the culture up all the more. Unlike when travelling in France (where you suspect that the locals can really understand you but just choose not to) Russians generally have a very limited understanding of the English language. I found the people warm and willing to help, just unable to interpret what I was asking. Having a local guide is thus a necessity. Ours was full of wonderful tales and stories, and went as far as to help us fit our local SIM cards into mobile phones and give us directions to the obscure shops and bars we had on a list of things to see.

Russian cities are all strikingly different to what I was used to. I travelled on the Vodka 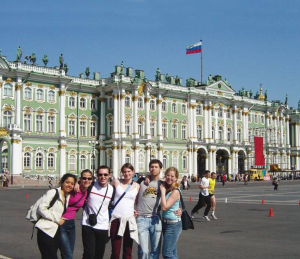 Shot tour, which focuses on St Petersburg and Moscow. St Pete’s is built on canals and is relatively new for a European city, having been founded only in 1703. My home town of Melbourne was founded in the same century – albeit much later. The style of architecture in St. Petersburg is amazing – baroque, rococo and gorgeous. The insides of the palaces and museums were truly mind-blowing, with lovely wide boulevards to stroll along and beautiful parklands and monuments.

Moscow has similarities with other European cities like Venice, Vienna and Paris, but it definitely has its own stern character, which I enjoyed. One really gets a sense that the heart of Russia beats here. We were situated about 6 stops from Red Square, a shopper’s delight at just half a block from the largest markets in all of Russia. Suitcases full of fuzzy hats, matroiska dolls and vodka – job done!

It’s impossible to choose between Moscow and St Petersburg as I loved them both. The iron curtain was lifted in 1992 and it is now flapping in the breeze – go on and see what you think!