Celebrated in China and in Chinese communities across the world, the annual Dragon Boat Festival is a fantastic cultural showcase. Otherwise known as Duanwu Festival, its date changes every year based on the lunar calendar. Find out more about the event with this handy guide. 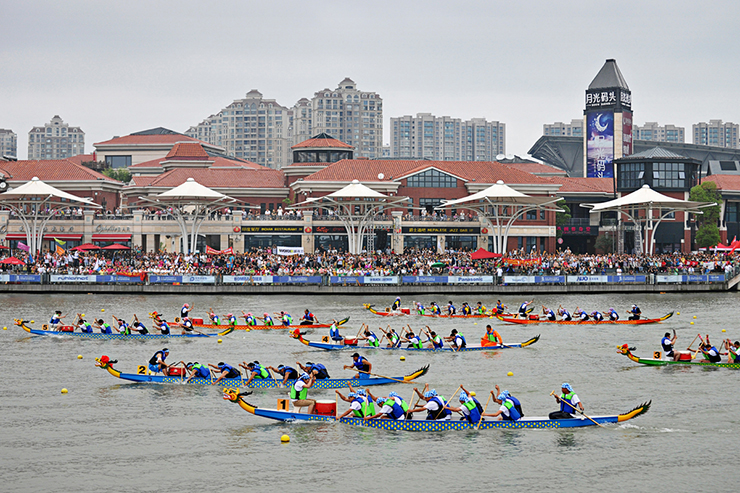 What is the festival?

In the early hours of the morning, bodies of water across the country fill with ornately decorated boats. Carved and brightly painted from snout to tail to resemble fearsome dragons. Arranged in teams, as many as 80 to 100 rowers then take part in a race to the finish line.

Edged on by the rhythm of a beating drum at the stern of the boat, the winner is declared when a rower manages to climb over the dragon’s head to grab a flag at the finish line. With hundreds of people lining the river banks to cheer on the event.

Why is it celebrated?

As one of the oldest festivals in China, the history of the Dragon Boat Festival is steeped in myth and legend. Although today it is a joyous occasion, the origins of the festival stem from tragedy.

The most widely believed theory dates back some 2,000 years ago when the beloved nationalist poet Qu Yuan threw himself into a river after he became despaired by the political state of the country, and his inability to instil change.

It’s said that the townspeople rushed to their boats and began rowing and throwing rice into the river. Splashing their oars in the water and vigorously beating their drums in an effort to scare away any fish or evil spirits that might prey on his body and soul.

This tradition eventually became the Boat Races and continues to this day. And although they no longer throw rice into the river, zongzi (a traditional rice dish) is still eaten at the races. 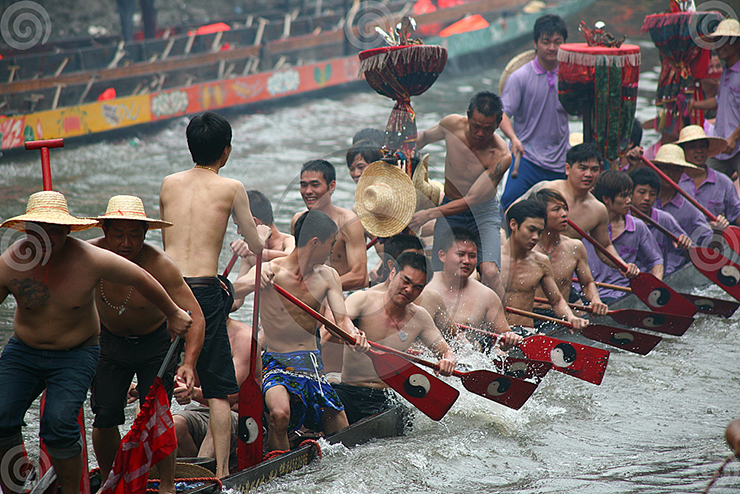 Where should I experience it?

The boat races are celebrated in many areas of the world, but Suzhou and Hong Kong are two of the best destinations to experience this traditional Chinese holiday.

The races are best-viewed riverside where you can soak up the festive atmosphere and cheer on your favourite rowers. Following the races the party continues into the evening with firework displays, exuberant dancing and lively music.

Thinking about travelling to China? Take a look at our group tours for some inspiration.