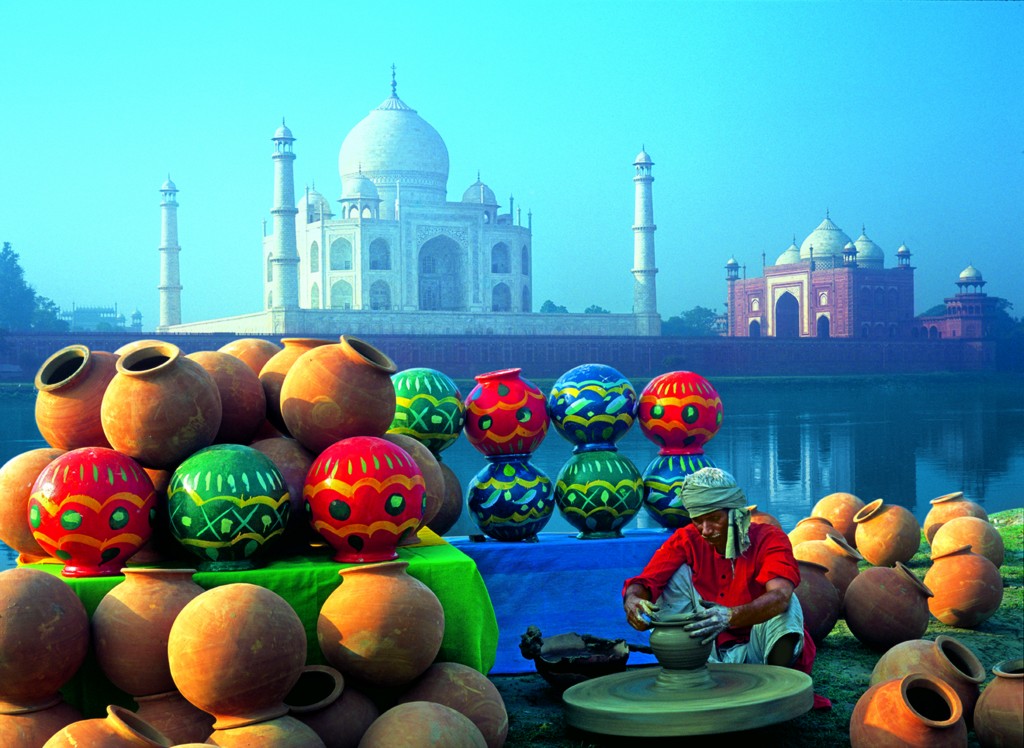 Home also to the world-famous Taj Mahal, the city of Agra hosts Taj Mahotsav: an annual festival of culture and heritage, featuring local folk musicians, classical dancers, artists and craftsmen from the region and beyond. Visitors can ride elephants and camels, sample local cuisine, see traditional music performances and get a real sense of Indian culture; it’s a 10-day celebration right on the doorstep of one of the world’s most recognisable buildings.

Situated on the banks of the River Yamuna, Agra has a rich and well-documented history, making it the perfect backdrop for a peek at the more traditional side of India’s culture. Held at Shilpgram, a stone’s throw from the Taj Mahal itself, Taj Mahotsav is in many ways the archetypal Indian festival. Opened by a procession of bejewelled elephants and camels, drummers, artists, musicians and craftsmen, this annual festival lasts for ten days, drawing craftsmen from all over India to the country’s most famous landmark.

For those who haven’t been to India and seen this incredible monument, here’s some background on the incredible history of the Taj Mahal: Incredibly, it took roughly 20 000 labourers 22 years to build the Taj. Commissioned by Mughal Emperor Shah Jahan in 1632, the Taj was built in memory of the Shah’s wife, Mumtaz Mahal, who died while giving birth to their 14th child in 1631. An enduring icon to travellers all over the world and a ‘must-see’ monument in India, the Taj Mahal is one of the Modern Seven Wonders of the World, and the perfect place to soak up traditional Indian culture during the festival of Taj Mahotsav.

Have a look at our website for more information on this and other festivals in India with On the Go Tours.