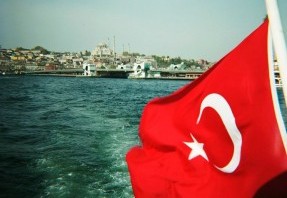 Straddling two continents and combining elements of both East and West, Istanbul’s Ottoman and Byzantine relics are fascinating enough. However, it’s not all about the old in Istanbul – this is a city with its finger on the pulse of modern art and design, and a cultural flavour all of its own.

Sultanahmet is the place to find famous landmarks like the Blue Mosque, Topkapi Palace and Hagia Sophia. The Blue Mosque is probably the most famous, with its blue Iznik tiles and distinctive minarets. Hagia Sophia, constructed in the 6th century, was regarded as the grandest church in all of Christendom until the fall of Constantinople in 1453, when it was turned into a mosque. And Topkapi Palace, in all its opulent glory, was the official and primary residence of the Ottoman Sultans for some 400 years. Istanbul provides sightseers with more fascinating historical sites than you can shake a camera lens at. Don’t forget to shop till you drop at the Grand Bazaar, a mammoth collection of over 6000 shops selling everything from perfumes to textiles.

Once you’ve begun to fill your memory stick and your shopping bags, head for the Istanbul Modern. Increasingly important international shows take place here, like Steve McCurry’s photos from the last ever roll of Kodachrome film. Get to grips with the history of Turkish art with their permanent exhibition before retiring to its stylish cafe on the banks of the Bosporus, that famous waterway dividing East and West. There’s something of an art, design and architecture movement sweeping through the city – evidenced by the austerely geometric Yesil Vadi Mosque, and carried on in various new cinemas, bookstores, cafes and other cultural spaces.

This year’s Istanbul Fashion Week saw the city hold its own – despite not yet having the same clout as fashion powerhouses like London, Paris, New York or Milan, it does have the backing of a robust economy on its side, and being a bridge between East and West means that it can combine the strength of an Asian economy with universally accessible design sensibilities. What’s more, next year sees Istanbul host its very first design biennial.

Keep an eye on Istanbul, the perfect place for a quick city break, or a fascinating stop-over on our Turkey group tours.