This week our guest blogger Matthew Teller shares his inside knowledge of Israel.

I remember blinking as I unfolded the map. It was brightly coloured, with photos alongside – obviously designed for tourists – and it showed a slice of northern Israel, either side of the biblical city of Nazareth. And it was all in Arabic.

I shouldn’t have been surprised: 20% of Israel’s population are Arab, and Arabic is one of the country’s official languages. But you just don’t see much evidence of that as you move around. All you see and hear are Hebrew and English – unless, that is, you step off the beaten track a little. 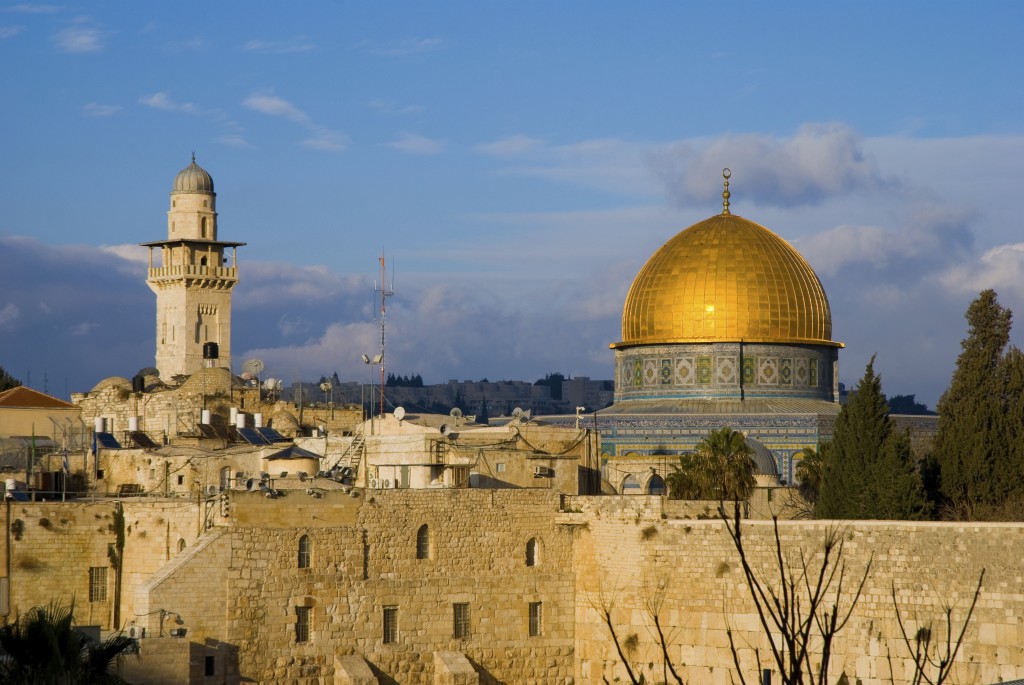 Stay in Nazareth’s fascinating, under-explored old quarter – at, for example, the global award-winning Fauzi Azar Inn, an Ottoman-era mansion in the depths of the lanes – and you get a glimpse of the Palestinian side of Israel’s coin.

Make a point of eating at El Babur, serving rustic Lebanese-style food as good as any I’ve tasted in the entire Middle East. It’s located just outside the busy town of Umm Al Fahm, where the amazing Gallery of Art showcases contemporary art by Arab artists working in Israel.

On the coast, Haifa is famous for its gardens – but you should also take time to head downtown for the atmospheric old streets of the Wadi Nisnas district, with its murals, excellent hummus restaurants and, not far away, the Israel Railway Museum, a fascinating look at the days before 1948, when Haifa was linked to Beirut and Cairo by daily passenger trains.

Up the coast is the fabulous seafront city of Acre, threaded through with medieval stone-flagged lanes and khans (caravanserais), its old quarter dominated by the pencil minaret of the marble-clad Al Jazzar mosque, built in 1781.

To the south, Jaffa has been incorporated as a suburb of greater Tel Aviv, but retains Palestinian character in parts, particularly in the Ajami district, where Ajami Beach is as beautiful as any on this west-facing side of the Med.

And then of course there’s East Jerusalem, slated as the possible capital of a future Palestinian state. Although there are no borders to cross from Hebrew-speaking West Jerusalem, you feel yourself in another country entirely. Stay at one of the religious hospices or backpacker hostels in the Old City, or at the new five-star St George Landmark, which opened this year. Shop in the souk, eat at Askadinya, an atmospheric old townhouse serving the best of Palestinian cuisine, browse with a coffee at the wonderful Educational Bookshop – it’s a world apart.

That map I unfolded, defining Nazareth as an Arab city in an Arabic-speaking country, was like a key, unlocking an alternative mindset. I began seeing with new eyes. It was a Holy Land revelation.

Matthew Teller is a freelance journalist and travel writer, specialising in the Middle East. His first big adventure was a family holiday to Jerusalem aged 11 – even today, the smell of cumin takes him straight back there. Since then, he’s lived and worked around the Middle East, had dinner with the Queen, been thrown off a train on the Polish-German border for having no shoes, lived in a self-built shack on the beach at Tel Aviv, sampled warm milk fresh from the camel in Saudi Arabia, driven across the US, hitch-hiked from Morocco to Paris in 22 hours straight, been blessed while sitting on a holy shaking wall in the Punjab and had many other adventures of the kind travel writers always boast about. He lives in the UK and tries to keep his website matthewteller.com reasonably up to date.

2 comments on “The Hidden Gems of Israel – by Matthew Teller”