Skip to content
On The Go Tours Blog > News Tips and Trivia > Congratulations to our competition winner!

Congratulations to Stacey King who has won our Festive Road to Jordan tour for two including flights!

Having earned a bonus point multiplier for her video of the Bangles singing their classic ‘Walk Like an Egyptian’, Stacey made it to the top ten in our competition leaderboard. Let’s take a look at the tour she’s won: 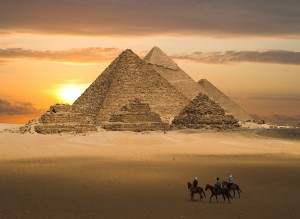 Starting off in Egypt, Stacey will be taking in all the classic sights, including the famous pyramids of Giza and the Sphinx, Philae Temple, the Valley of the Kings, the Egyptian Museum and several famous temples in between. She’ll also sail the Nile – that ancient waterway that has brought life to Egypt for millennia.

Then it’s off to Dahab on the Red Sea for a spot of sun, sea and relaxation, before heading into the kingdom of Jordan. Here Stacey will get a chance to float in the Dead Sea, explore the Rose Red City of Petra, and visit the desert wilderness of Wadi Rum before returning finally to Cairo. It’s 17 days of ancient temples, extraordinary monuments, stunning desert vistas and – of course – loads and loads of fun.

4 comments on “Congratulations to our competition winner!”