When it comes to the Top 10 World Wonders, (or even ten top world wonders, not even the top ten) opinion is no doubt divided. But we’re sure no one can really disagree that these are some of the world’s most fascinating places, offering a window on a world long forgotten in the mists of time but ever-present in our modern world. What are your favourite World Wonders, and which ones have you managed to tick off your list? Take a look below and see if you agree with us!

1. The Pyramids of Giza

Probably one of the first things one thinks of when it comes to World Wonders is the great pyramids of Giza. Built thousands of years ago to house the bodies of the ancient Pharaohs, they are an enduring symbol of the might of the ancient Egyptians, their engineering prowess and – it must be said – their hubris. Visit these incredible monuments on your next tour of Egypt. 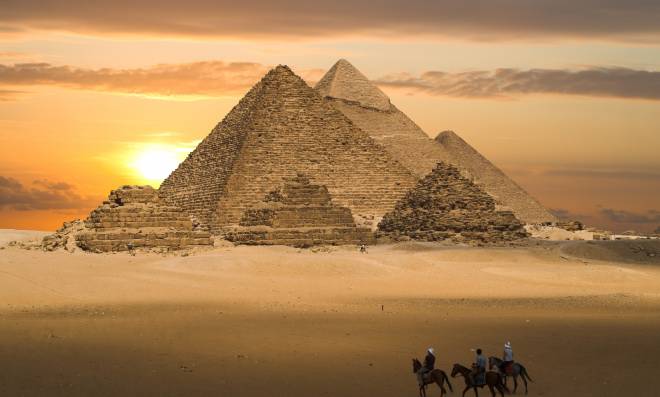 2. The City of Petra

The Rose City of Petra is the jewel in Jordan’s glittering archaeological crown, and is now one of the New 7 Wonders of the World. Accessed on a walk through a narrow, deep and winding cleft in the rock that is known as the Siq, the end prize is the hidden valley where the Rose City of Petra lies. And the first sight to behold is the façade of Al-Kazneh – aka the Treasury of Petra. This rose red building actually served as a royal tomb, but got its name from the legend that pirates hid their treasure there. With a backstory like that and its amazing appearance, it’s no surprise to learn that it was this building that served as the Holy Grail’s resting place In Indiana Jones and the Last Crusade. 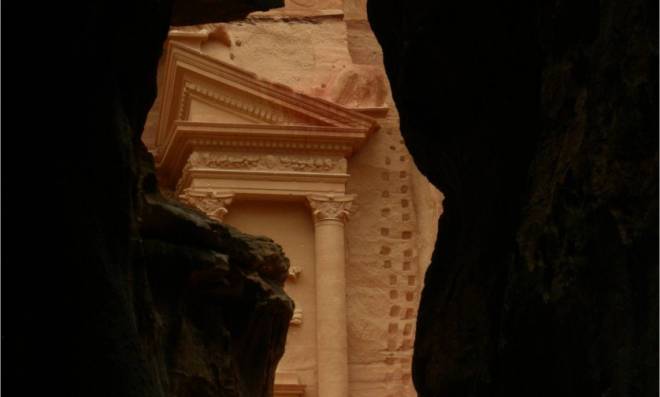 One of the most important archaeological sites in Southeast Asia, Angkor Wat stretches over some 400km2 and includes the different capitals of the Khmer Empire from the 9th to the 15th century. With cultural, religious, historical, archaeological and artistic importance, Angkor Wat is definitely a must see on any tour to Southeast Asia! Our new brochure for China & Southeast Asia has just landed! Have you ordered yours? 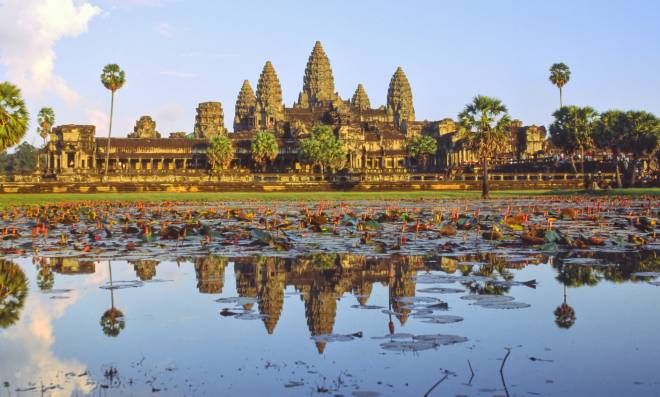 4. The Great Wall of China

The Great Wall was built over thousands of years, serving as a barrier to the marauding Huns and eventually coming to signify one of the greatest architectural achievements in human history. Astonishing in terms of scale, the Wall is believed to be some 6000km long – though much of it has fallen into disrepair. Interesting fact – the Great Wall is not visible from space. Well, not without a hell of a zoom lens! 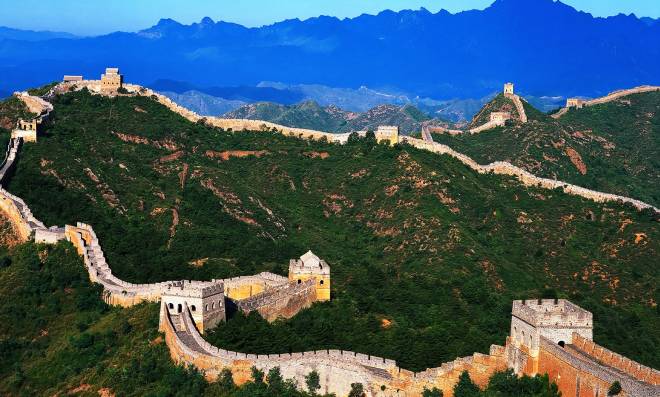 Machu Picchu is one of the only ancient Incan sights to remain untouched by the invading Spanish conquistadors, Machu Picchu was only discovered by the west in 1911 when an unsuspecting American historian was led to the site by a young local boy. Now one of the world’s most famous sights, this Peruvian wonder is a perennial favourite on the bucket lists of travellers everywhere. 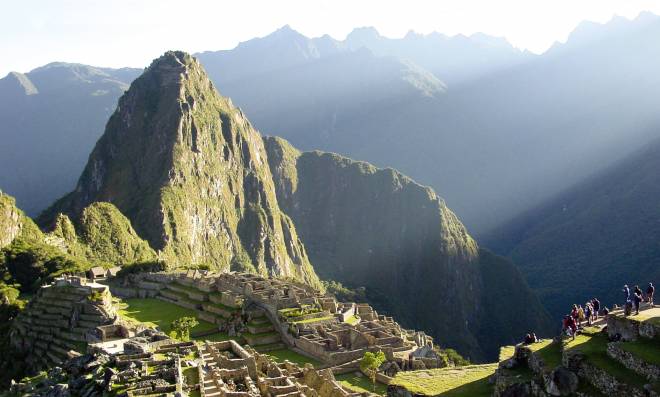 The highest mountain in Africa – and the highest free-standing mountain in the world – Mount Kilimanjaro (or Kili to her friends) rises to an altitude of 5895m above sea level. An ancient volcano, Kili is one of the few mountains that can be climbed without specialist climbing gear or previous mountaineering experience – though a good level of fitness is highly recommended, this is no walk in the park! Altitude sickness is a very common problem at these altitudes, with the breathable oxygen at the summit less being than half the amount available at sea level. 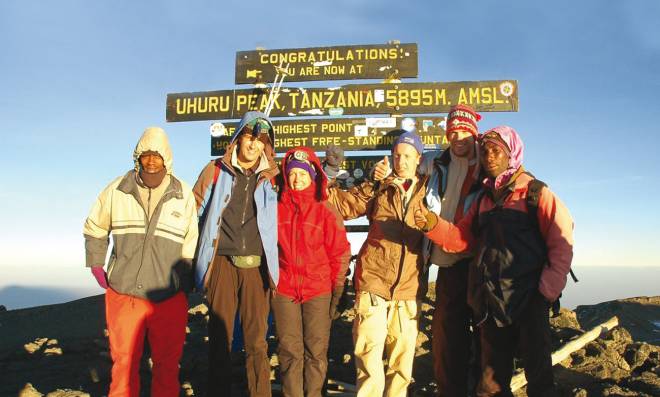 An enduring symbol of love and devotion, the Taj Mahal is a magnificent building that is easily recognisable the world over as a symbol of India. Built by Mughal Emperor Shah Jahan in memory of his wife in 1632, it took some 22 000 labourers and craftsmen 22 years to complete the Taj. It’s said that in order to prevent the Taj being replicated anywhere else on earth, the artisans and workers who created it later had their hands or thumbs amputated. Not quite the bonus they were looking for I’m sure! 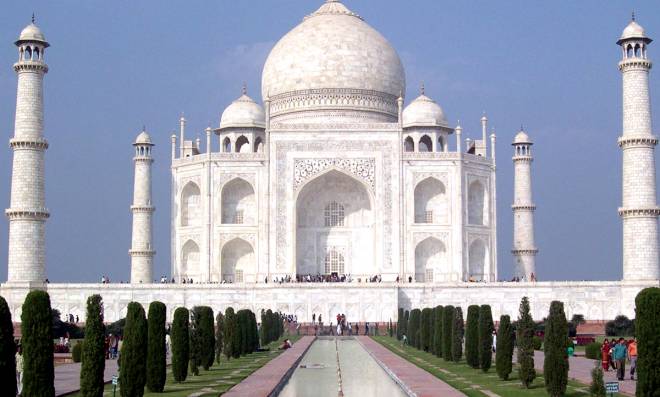 Originally built by the Emperor Constantine, the Hagia Sophia started life as a Byzantine church, before being rebuilt in her present form between 532 and 537, the cathedral was plundered by the Crusaders in the 1200s and in 1453 when Sultan Mehmet the Conqueror invaded and converted the church into his imperial mosque. Now a museum, there are ongoing efforts to preserve the building and its unique mix of Christian and Muslim religious art dating back hundreds of years. Step back in time in Istanbul! 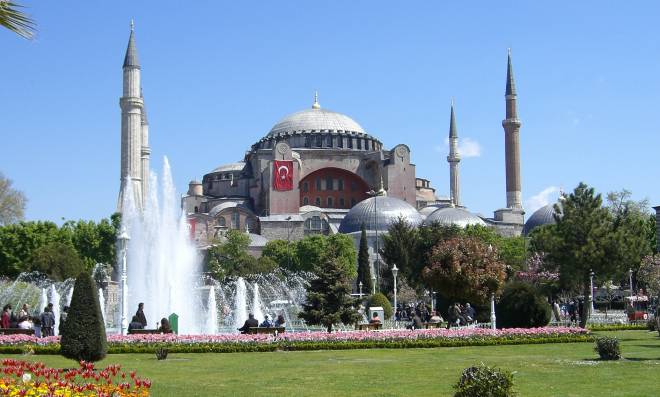 Red Square – or Krasnaya Ploschad – is the city of Moscow’s historical, political and social heart. Famous structures like the Kremlin, the GUM department store and the distinctive St Basil’s Cathedral all look onto the square, and the history museum beneath the 19th century church of St John the Divine Under the Elm boasts an enormous collection covering the whole Russian empire from the Stone Age onwards – including pottery, jewellery and toys, books, manuscripts and other fascinating exhibits from Russia’s ancient past. 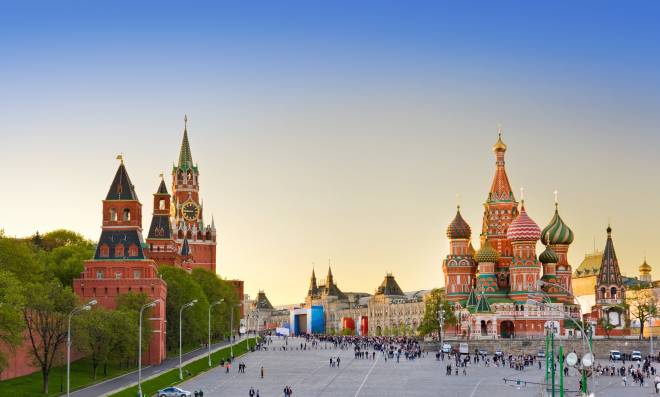 Steeped in religious tradition and history, Jerusalem is one of the holiest cities in the world. Serving as a pillar to the Christian, Jewish and Islamic faiths, this beautiful city has so much to offer travellers of any faith or creed. Even the non religious are guaranteed to be captivated by its old world charm, culture and heritage. 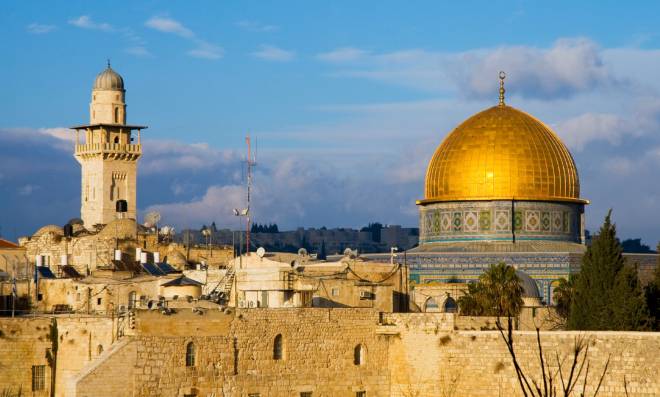