Skip to content
On The Go Tours Blog > Festivals and Events > St Petersberg: White Night at the Museums

In the early summer months in St Petersburg, the sun doesn’t really set. The city is so far inside the Arctic Circle that it enjoys weeks of virtually continuous daylight. Russians call this time of year the season of the midnight sun. For visitors the White Nights can be disconcerting – it feels as though time is stretched or the city has fallen under a spell. Once you get used to it, this particular enchantment makes the heart race and heightens the senses. There is no better time to see St Petersburg. 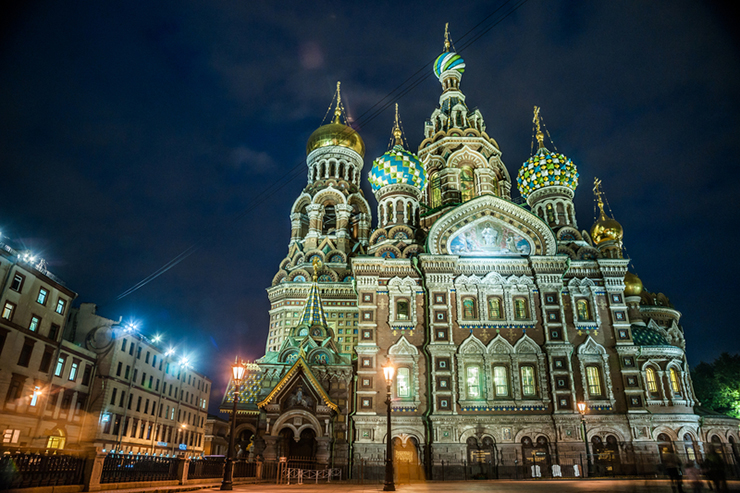 The city is renowned as the Venice of the north – a staggering capital built by Peter the Great (and an army of serfs) in just 20 years at the start of the 18th century in a magnificent range of mock classical and baroque styles. St Petersburg’s wealth of architecture and art rivals that of any metropolis despite waves of communist and post-soviet plunder. The Hermitage Museum is the most stupendous in the world, both fantastic and frankly daunting in scale and there are hundreds of other cultural and historical sites – plus the Mariinsky Theatre, home to the world’s finest ballet company.

All of these sites come to life during the White Nights. For city residents and guests alike, it’s party time with special late night performances, carnivals and, on one night in May, all night opening at dozens of museums across the city. Late night art galleries are now a well established trend in cities like London and New York, offering an inspiring alternative to crashing in front of the TV – but this city-wide opening until 6am is something very different. The bright daylight, early hours and the camaraderie of other sleepy visitors gives Saint Petersburg’s Night Of the Museums a dreamlike quality.

You can come and enjoy the White Nights with us! We offer both four day and six day tours including a visit to the Hermitage by day and night-time museums and music.