Skip to content
On The Go Tours Blog > Festivals and Events > The Gnaoua World Music Festival in Essaouira, Morocco

Morocco is a land with a rich and varied culture which has consistently inspired musicians, writers and other creatives across the world for decades. The Rolling Stones were drawn to the allure of Marrakech, while Robert Plant, Jimmy Page and John Bonham wrote the dramatic and curiously-titled song (considering its origins) Kashmir based on their driving adventures in Southern Morocco. 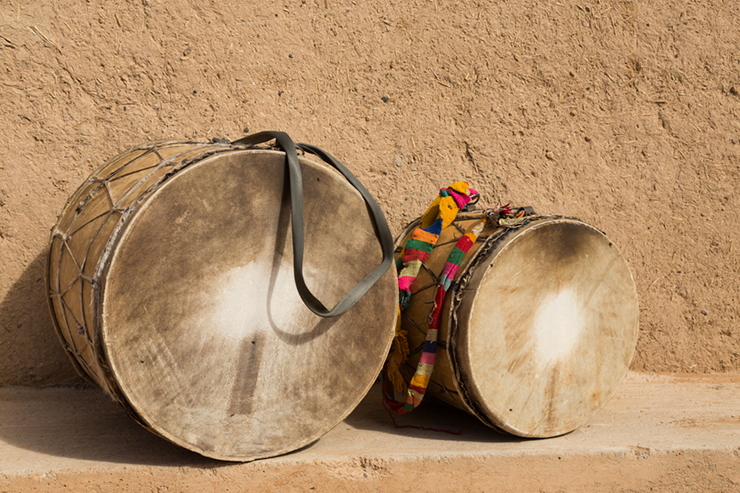 Celebrated figures of the Beat Generation William S. Burroughs, Jack Kerouac, Allen Ginsberg and others were inspired by places like Tangiers, a city that – in its day – was a magnet for ‘junkies, queers, drunks.’ To collate all the material inspired by the experiences of these giants of 20th Century western culture in Morocco would yield an impressive collection of masterworks; cultural landmarks that continue to inspire people across the world in every field long years after they were first conceived.

What is it about this country that set their creative spirits alight? And is there still something still to find for those looking for a shred of the inspiration that found these great minds? Perhaps you need to go to the source, look further back than the 20th Century and draw inspiration from the ancient well of Moroccan tradition. 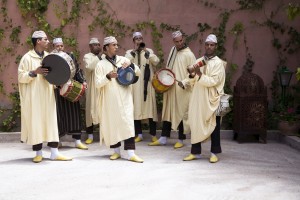 On the windswept Atlantic coast of Morocco, The Gnaoua World Music Festival showcases some of the best traditional music from the Gnaouas – a people who perform a cocktail of sub-Saharan African, Berber and Arabic religious songs and rhythms, with roots that have even been linked to Haitian voodou and Brazilian Candomblé.

The Gnaoua invite the best musicians in the genre to play here every year, along with jazz, rock, pop and contemporary world music artists from around the world. It’s a celebration of music and the exchange of musical ideas, and has grown from a relatively small festival first held in 1998 to a major musical event that attracts hundreds of thousands every year.

The Gnaoua World Music Festival looks like the perfect place to refresh the ears and delve into an ancient world that stretches deep into the Sahara and beyond. Obviously, no summer festival hit-list is complete without it!