Housed within this revered temple complex is one of the most important Buddhist relics in all of Sri Lanka. An object so sacred it draws throngs of people to the temple threshold every year. Constructed in the 16th century AD, this place of worship is known locally as the Sri Dalada Maligawa and is open to devotees and tourists alike. Here’s what Tracey Olsen, from our team in Australia, had to say about her day at the Temple of the Sacred Tooth. 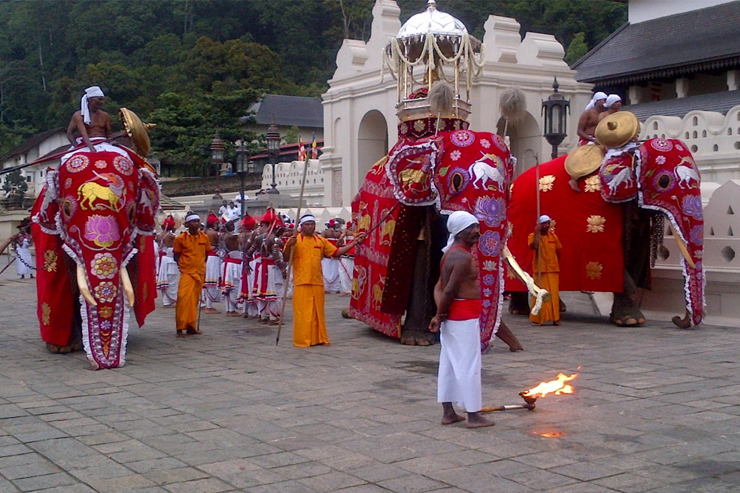 After stocking up on spices at an aromatic local market we made our way to the shores of Lake Kandy to the Temple of the Sacred Tooth. Surrounded by a deep moat and enclosed within carved white-stone walls this 17th century temple complex was built as part of the Royal Palace of Kandy, and today is considered to be one of the most important shrines in the entire Buddhist world.

The story of the Sacred Tooth

The name of this revered temple complex does not make it hard to guess its claim to fame. For housed within a special shrine, enclosed in a bejewelled golden casket, is alleged to be one of the most important Buddhist relics in the country – a tooth of Buddha himself. As the story goes this sacred tooth is said to have been taken from Buddha right before his cremation, and later smuggled into Sri Lanka. From here it moved from place to place and over time the belief spread that whoever was in possession of the tooth had the right to rule the land.

Replicas were created to protect the integrity of the tooth and even today the location of the original relic remains unclear. Whether the tooth housed in this shrine is the real deal or not, it still possesses great religious significance for Sri Lankan Buddhists who strive to pilgrimage to its threshold at least once in their lifetime. 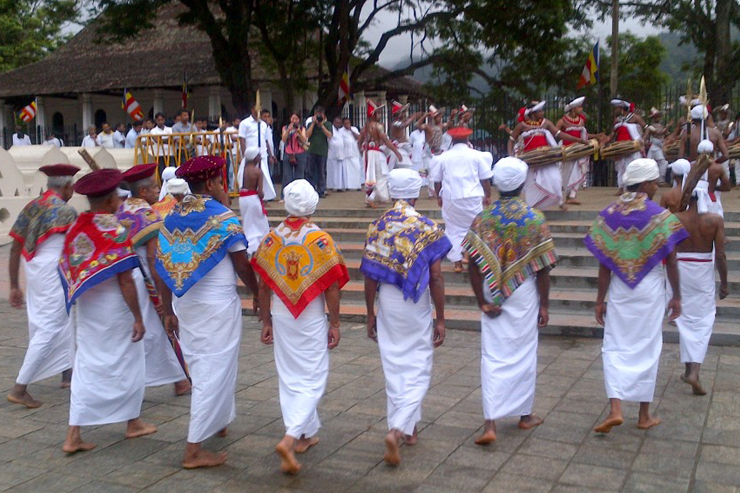 We were lucky enough to visit on an afternoon when a procession was taking place within the temple complex – and what a procession it was! It began with the blowing of a conch shell, followed by whip crackers, flag bearers, drummers, and dancers. Next was the arrival of the Maligawa elephant, with an ornately decorated ransivige (dome-like structure) affixed to his back, containing a golden casket with a replica of the tooth relic inside. Following this elephant was the Diyawadana Nilame, an important figure at the Temple of the Tooth, who is responsible for ensuring the safety of the relic and to carry out any sacred rituals.

Lavishly decorated elephants dressed in red embroidered costumes paraded alongside dancers and musicians in traditional garb, and as the music and dancing continued we joined in the festivities ourselves! This was without a doubt the most spectacular procession I have witnessed, and the temple one of the most fascinating I have ever visited. 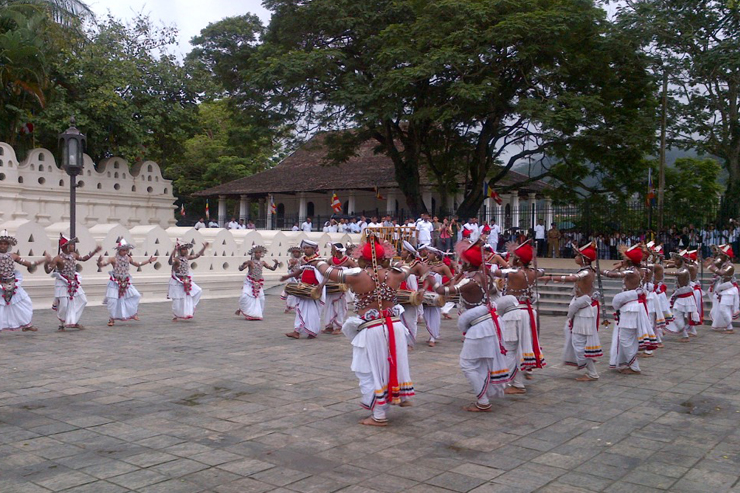 See the Temple of the Sacred Tooth for yourself our 8-day tour of Sri Lanka. Even better – time your trip to coincide with the vibrant festivities of the Kandy Festival when a replica of the tooth is paraded around the city on elephant back.