Our new India brochure is hot off the press and packed with wonderful experiences highlighting the very best of this fascinating country.  In this week’s photo showcase take a look at India from behind the lens of Nigel Evans of Gower Travel Photography. With over 30 years of experience under his belt, Nigel has captured the true essence of India, from the cacophony of colour in Delhi to the majesty of the Taj Mahal and the simplicity of every day life, while travelling on our 13 day Desert Palaces Ganges tour. Get your hands on a copy of our new brochure and discover India for yourself!

When arriving in Delhi for the first time the sites, sounds and smells are almost overwhelming. Having travelled to quite a few massively populous places including Tokyo, New York and Cairo, India is altogether something else... 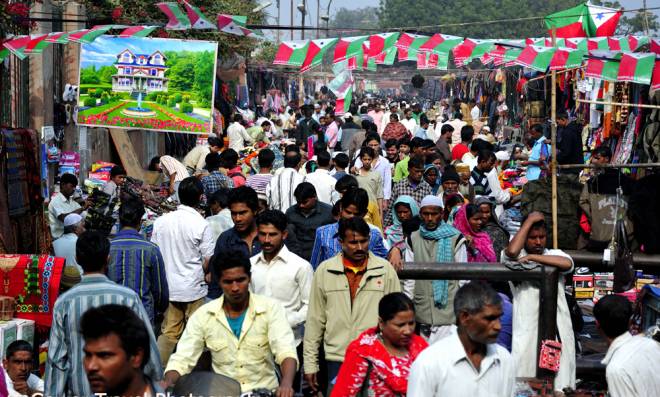 2. Royal Attendant at the City Palace in Jaipur

In the heart of Jaipur lies the City Palace, a sprawling complex of Rajput and Mughal architecture. Providing some great picture opportunities, the Royal Attendants are quite happy to have their picture taken, or at least they seem to be... 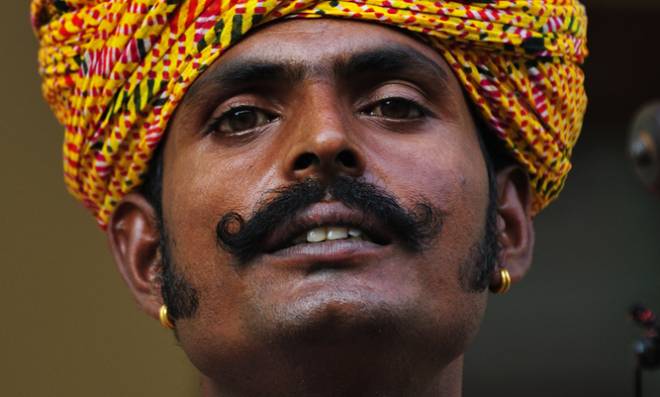 An opportunity not to be missed, a hot air balloon ride at dawn over Jaipur, the only downside being the disappointingly rude hour you need to get up... 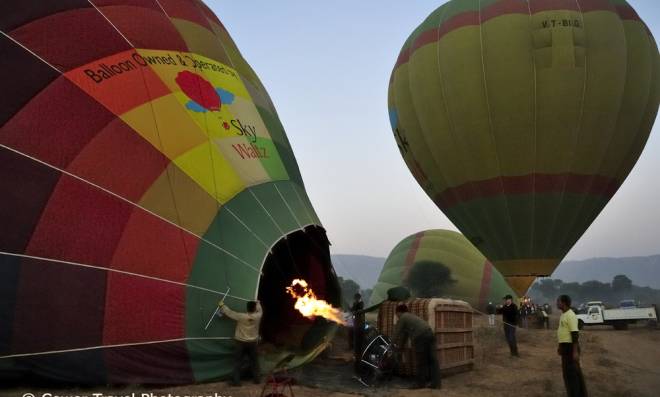 As the balloons were being inflated, and creating a somewhat ethereal atmosphere, locals started to appear out of the dawn mist to watch the proceedings, making it feel even more eerie. 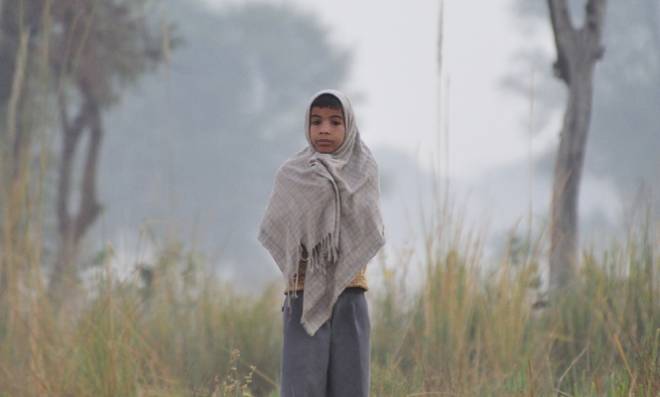 As the sun rose, perhaps for the first time while in India, there was total silence, apart of course from the chap lying on the floor of the basket moaning due to a dodgy lassi! 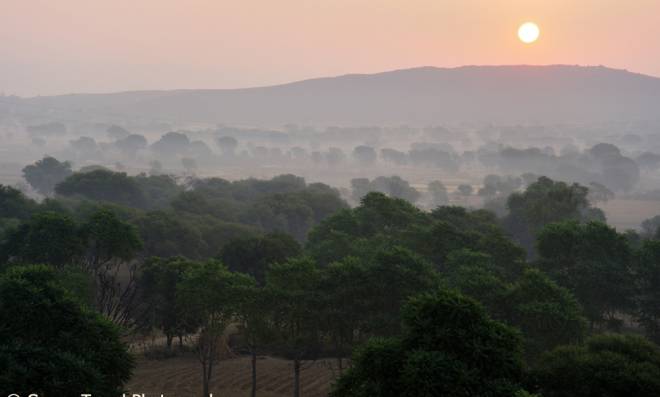 Overlooking Maota Lake and about six miles from Jaipur, the Amber Fort is perched resplendently on a hillside. Containing temples, courtyards and gardens, there is a steady procession of elephants taking tourists to the complex. If you get sea-sick easily, avoid the elephants. 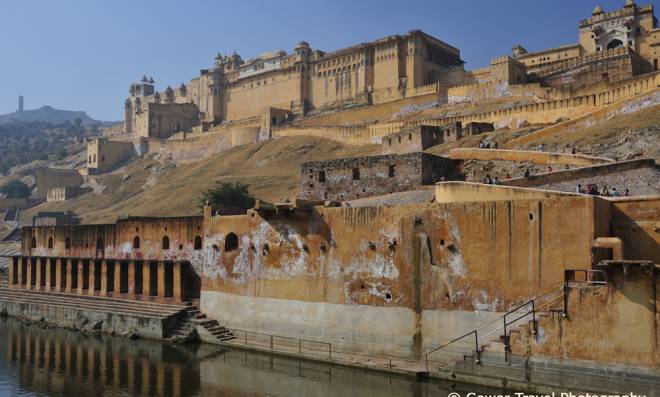 Although barely light, getting up early to grab a few pictures before the next part of the trip was worth the effort. 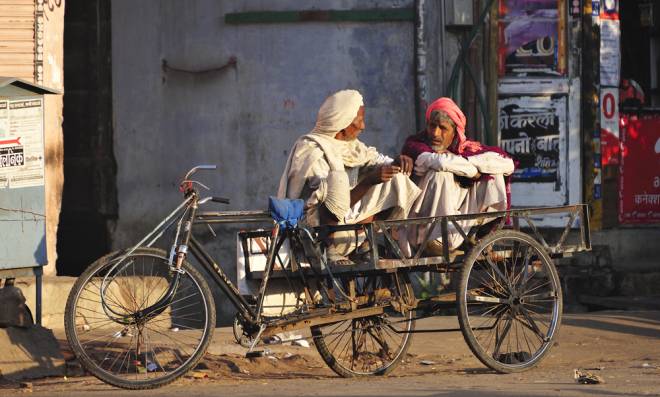 Following a long bus journey, a rickshaw ride around Bharatpur Bird Sanctuary, part of the Keoladeo Ghana National Park and World Heritage Site, gave the opportunity to see a lot of wildlife. One of the richest bird areas in the world, it attracts over 375 species of birds, their noises made a pleasant change to the car horns! 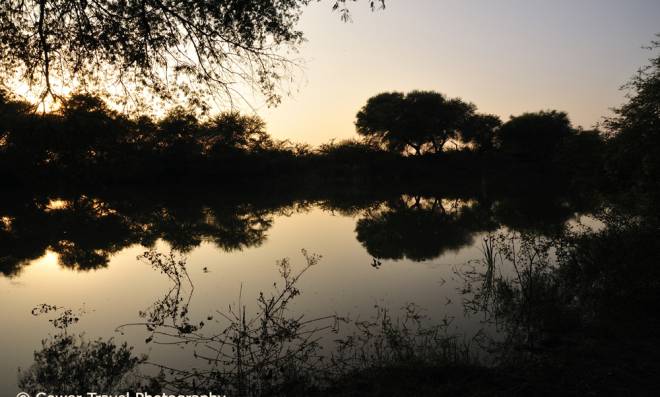 Between Bharatpur and Agra is the vast and well preserved complex of Fatehpur Sikri, the City of Victory, another World Heritage Site. Built during the second half of the 16th Century, it was also the capital of the Mughal Empire for about 10 years. 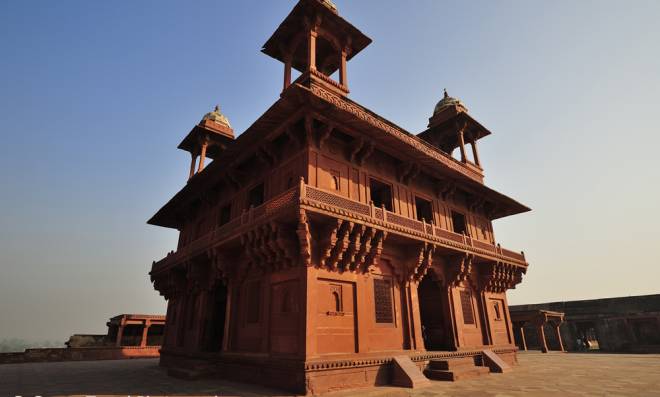 One of the most famous buildings in the world, and another World Heritage Site, the Taj Mahal is every bit as awe inspiring as you expect. My only disappointment was not being able to visit at different times of the day to experience the changing light conditions and to view it from the other side of the Yamuna River – but what the heck, there are enough clichéd pictures of the Taj Mahal knocking about! 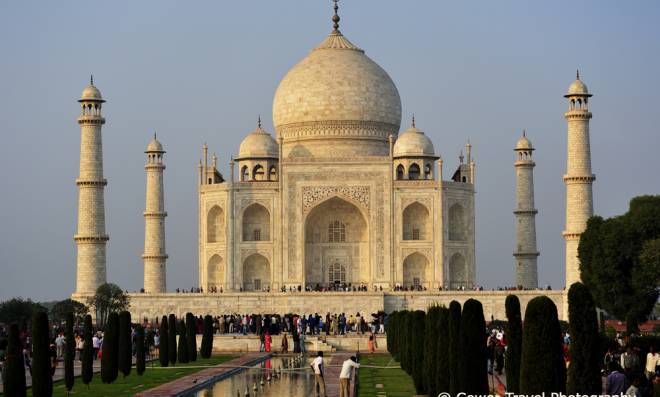 The Taj Mahal is bounded on three sides by red sandstone buildings, which would normally be worth a visit in their own right. Although the sun wasn’t in the right place for pictures of the Taj Mahal, it was just right for Mosque. 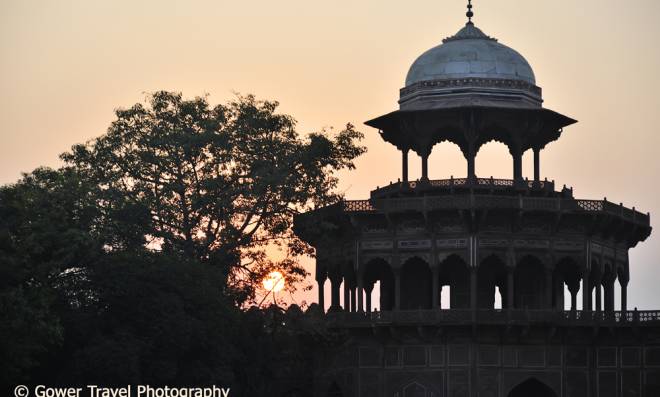 All of life seems to pass you by in a station, and waiting for the train to Jhansi provided 20 minutes to take a few pictures, especially if you managed to avoid the monkeys wandering along the platforms. 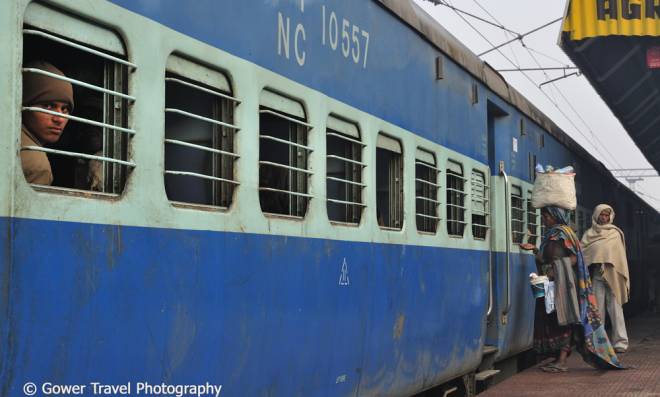 Despite being a small town with a population of only about 10,000, taxis were hard to come by... 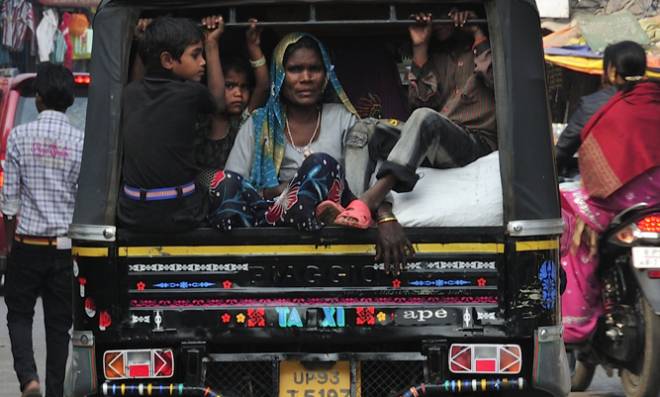 The market place in Orchha was a hive of activity and colour, typified by a stall with a vast array of coloured powders. 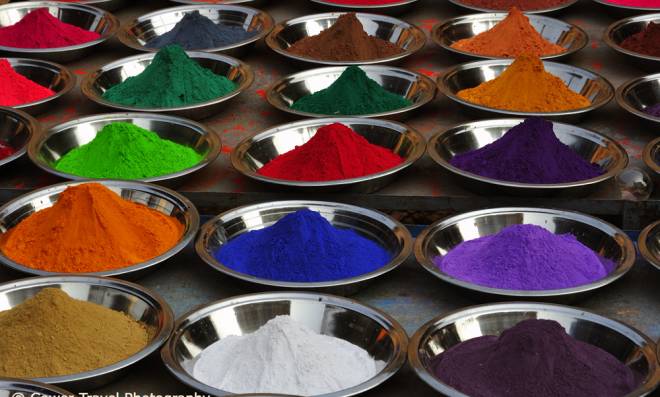 Overlooking Jahangiri Mahal, Chaturbhuj Temple consisted of a huge arcaded hall and a spire towering over the town. Taking quite a while to line up the picture, and get the correct exposure in awkward lighting conditions, it was particularly irritating when this chap decided to turn up and have a fag – fortunately though it may have just made the shot! 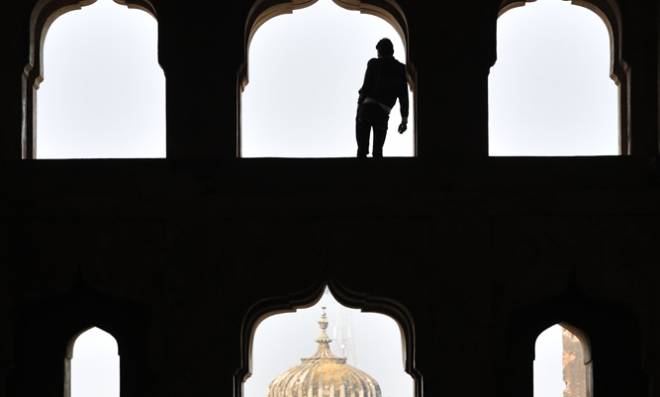 Chhatris, or elevated dome-shaped pavilions, on the bank of the Betwa River at dusk. It was a bit of a mad dash to find the right spot and avoid the locals bathing before the sun went down, but I just about made it.

At a brief stop on the way to another World Heritage Site, the Khajuraho group of monuments, it provided some time to watch life travel by. 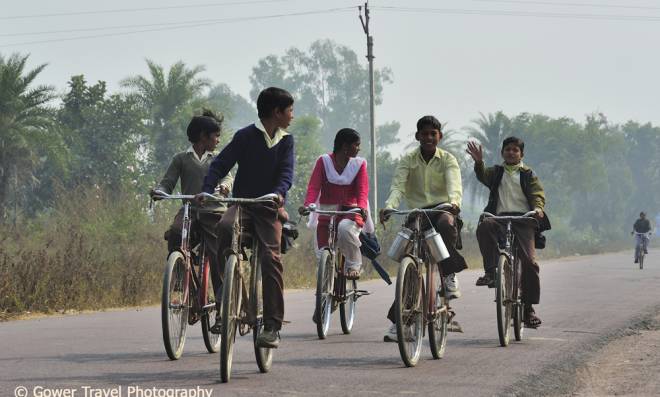 Often referred to as the ‘Holy City of India’, Varanasi is one of the oldest continuously inhabited cities in the world and the oldest in India. 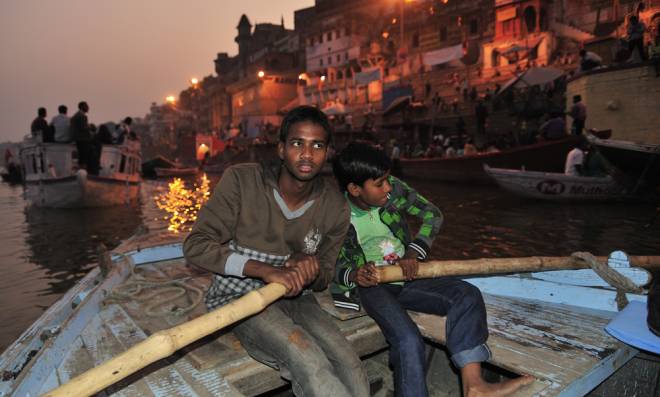 In the early evening a group of priests performed the ‘Agni Pooja’, or Worship to Fire, where they make a dedication to Lord Shiva, the River Ganges, Surya (sun), Agni (fire) and the whole universe. Surrounded by spectators on land and in boats, the sight was quite spectacular. 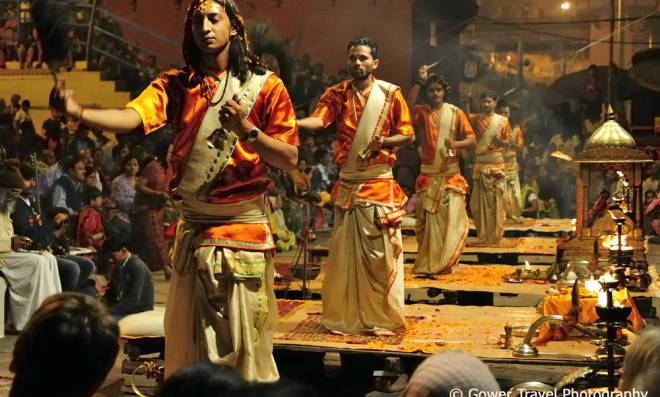 If you’ve driven in Italy and thought that it was eventful, you need to try one of these... Tuk tuks or auto rickshaws are everywhere and worth a go, but negotiate the price first! Hopefully this shot gives some idea of the traffic, the only thing missing is the cow everyone is trying to avoid which is just out of frame. 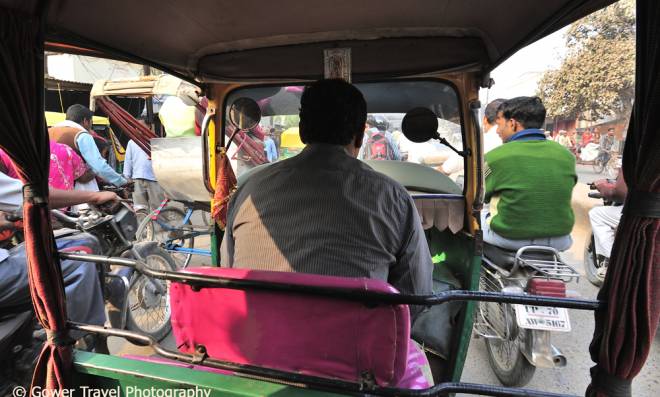