Kicking off in Xi’an, let me take you on a journey through China. Stopping off in the incredible limestone karst region of Guilin, the spicy province of Sichuan – home to the Chengdu Panda Research Base and the giant Buddha at Leshan, and the ancient temples of Mount Emei…

X’ian and the Terracotta Warriors

With a rather fast dash across Shanghai airport from the international terminal to the domestic to catch my flight to X’ian (reliably told by my guide that I had ten minutes or I would miss my flight), my arrival into China was somewhat of a blur as I raced through to my check-in desk and made it with a minute to spare.

At Xi’an airport I met Tom, who was to be my guide for the next 24 hours. Happy to talk about his family and also his ancestors, Tom offered fascinating insight into Chinese history. I could not have dreamed for a better guide for the iconic Terracotta Warriors.

His knowledge of the history and legend of the warriors made the site come alive. Hearing the tales of intrigue and mystery as I looked across the statues made my experience of this incredible site even more impressive. With such a lot to fit in to just 15 days, it was time to move on to the south to the limestone karst region of Guilin. 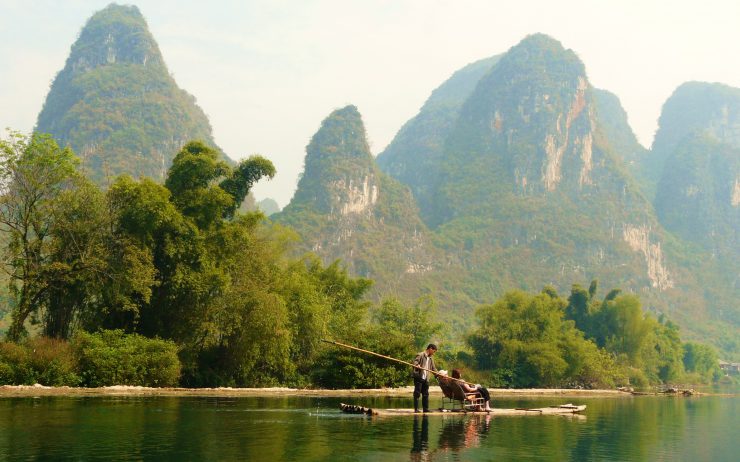 The region of Guilin

Arriving late at night, I could not see much of Guilin at first. Although as a largish town with numerous canals and waterways, it did offer stunning sunset views across its many bridges. The true beauty of Guilin is seen on the cruise to Yangshuo, as you cruise past the massive limestone karsts that rise up out the ground, towering over the river banks. Thousands of karsts are dotted throughout the region, creating a striking landscape.

Arriving into Yangshuo and walking through West Street with its many markets and artisan shops. It’s an incredible contrast to the gentle cruise to get there. With a lively atmosphere at night and plenty of shopping opportunities, it is no wonder why Yangshuo is a favourite of many tourists.

The province of Sichuan

Time for another flight to another province, this time to Sichuan. Known as the province of spicy food, boy does it live up to to this fiery reputation. Noodles and dumplings galore, all accompanied with lots of chilli and oil – delicious, even despite the fact that at times I couldn’t work out what it was that I was eating!

The capital, Chengdu, is a cosmopolitan city with a quirky fashion sense. I don’t think I’ve ever seen so many women in such sky scraper heels happily striding along uneven pavements and over cobblestones.

The real highlight of Chengdu is the panda research base. I was lucky enough to see about eight pandas, including a couple of youngsters, as well as a solitary older panda sprawled out in the morning sun. Seeing these beautiful creatures up close is a wonderful experience. 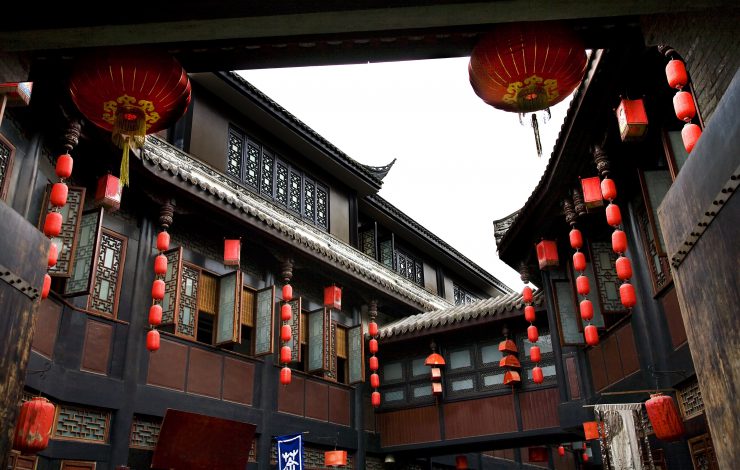 Chengdu has its fair share of temples and memorials, the best of which is Wuhou Memorial Temple. The ancient street of Jinli, lined with traditional style shops and cafes and typically covered in lanterns, is also well worth exploring. The final sightseeing from Chengdu involved a boat ride out to the giant Buddha at Leshan, carved into the red sandstone of Lingyun Hill.

A somewhat interesting exercise in seeing the Buddha, as it is at the confluence of the Min, Qingyi and Dadu rivers, so the boat engine powers up to try and keep you in a good spot to see the Buddha – not that you could miss it as it stands 71 metres high. Skilled carving and an intricate drainage system have preserved this stunning sculpture that has stood since the Tang Dynasty.

Time for temples again and more specifically time to head to Mt Emei, which has a completely different feel to it. With Buddhist influences throughout the small town at the base of the mountain. The next day I headed up the mountain and unfortunately the cable car had broken down, so I couldn’t get to the top of Mt Emei to see Wannian Temple. Luckily I did see one of the many temples about half way up the mountain. The first Buddhist temple in China was built on Mt Emei and it seemed appropriate to light incense and candles, following the traditional way of lighting the candles and then lighting the incense from your candles.

Stay tuned for Part 2 of Charlie’s journey through China. Carrying on to Lijiang, home of the famous Tiger Leaping Gorge; Jinan, the capital of Shandong Province; our Change for Children program in  Bu Yang; Qufu, the birthplace of philosopher Confucius; and cosmopolitan Shanghai …