As 2013 draws to a close tonight, people around the world will be welcoming in the New Year in their own way, whether it be dancing the night away in the city or simply curled up in front of the television at home. But for some of those on tour with us it’s all about the ice baby. We’ll be at the Harbin Ice Festival in China.

What is the Harbin Ice Festival?

Every year thousands of people travel to marvel at the creations of the Harbin Ice Sculpture Festival. Located in the Heilongjiang Province in north-eastern China, the festival has gained worldwide fame and recognition for its exquisite ice and snow sculptures.

Nicknamed the ‘Ice City’, the arctic climate of Harbin makes it the ideal setting for this popular festival. It possesses a natural bounty of ice and snow, which curators transform into an incredible winter wonderland. Shimmering famous monuments and historic buildings take formation illuminated by a kaleidoscope of lights. Music, fun games and colourful stalls also create a festive atmosphere to wander around the festival grounds. 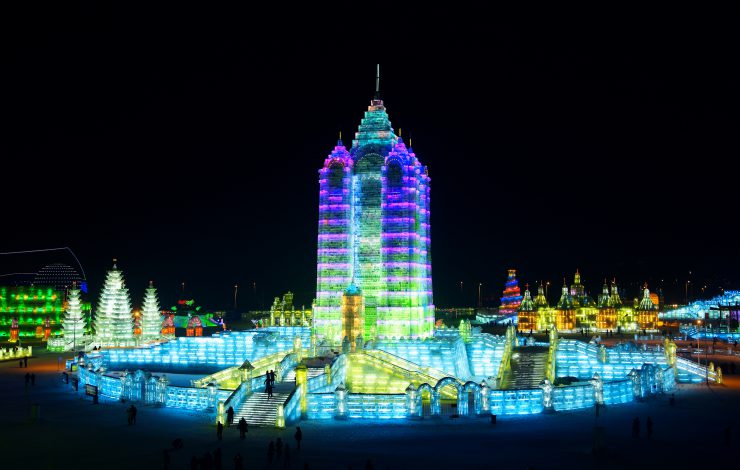 What can we expect for this year’s festival?

Although this wintertime tradition of creating sculptures of snow and ice long predates this modern day festival, it still plays an important part in Chinese culture. Each year, the event continues to draw locals and tourists alike. This year the festival will be celebrating its 30th year. There’s a special theme dedicated to showcasing the art, trade, culture and sport of China through its exhibitions.

Those travelling on our 11 day Harbin Ice Festival tour in China will be getting a sneak peek at the festival today and tomorrow, before it officially opens on 5 January 2014. Without the crowds they will be able to see the curators adding their final touches to their masterpieces. In the evening they will head to Zhaolin Park for the enchanting Ice Lantern Garden Party.

They’ll get to see massive ice sculptures – some standing up to eight metres tall. The creations will also be illuminated by hundreds of Chinese lanterns and neon lights. After this they’ll head back to the hotel bar. It’s here they will ring in the New Year with the fiery local spirit nicknamed ‘Fire Water’. 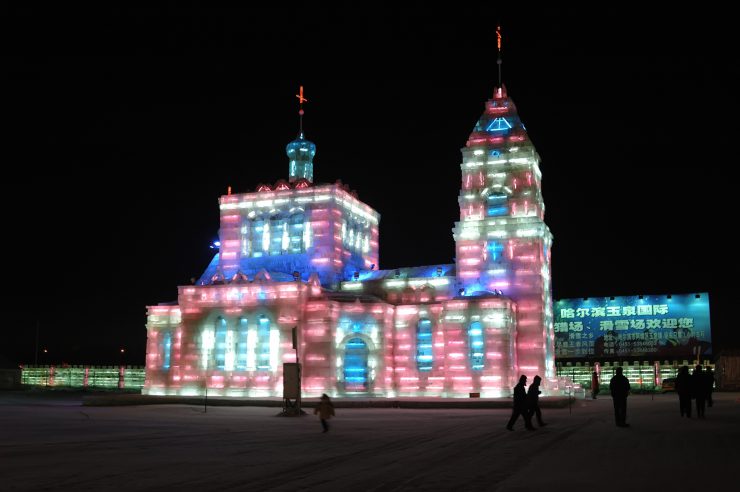 On New Year’s Day they will be able to enjoy fun in the white stuff at the Harbin Snow and Ice World.  Imagine sliding down a 100m ice luge resembling the Great Wall of China, climbing to the top of a replica of the Emperor’s Summer Palace in Beijing or sailing away on Empress Dowager Cixi’s ice marble boat. Living up to its name the ‘Ice World’ is totally beyond imagination, unusual, enchanting, inspiring and downright bizarre.

Fancy doing something a little different next New Year’s Eve? Why not join us in China and discover the magic of the Harbin Ice Sculpture Festival for yourself on our 11 day Harbin Ice Festival group tour!