Last October, I travelled to South America on a thrilling 15 day tailormade adventure in Peru. After landing in Lima, I discovered city sights and beyond in Cusco. I went on to conquer the Salkantay Trek to Machu Picchu, explore the Sacred Valley and spend a couple of nights in the Amazon. Divided into three parts, here is the first glimpse of my trip in Lima and travelling on to Cusco.

Touching down in a new country after a long flight can be confusing and exciting all rolled into one, and landing in Peru was no different. After collecting our bags, we flashed our passports and headed out through customs. Here we were greeted by a board marked with our names held by our driver. This marked the start of our 15 day Peruvian adventure. And what an adventure it turned out to be!

Our first night in Peru was spent in Lima, a charming confluence of colonial architecture and modern development. Our abode for the evening, The Hotel La Castellana was a traditional hotel with a large courtyard to while away the evenings. And the kitchen served up simple but tasty meals. 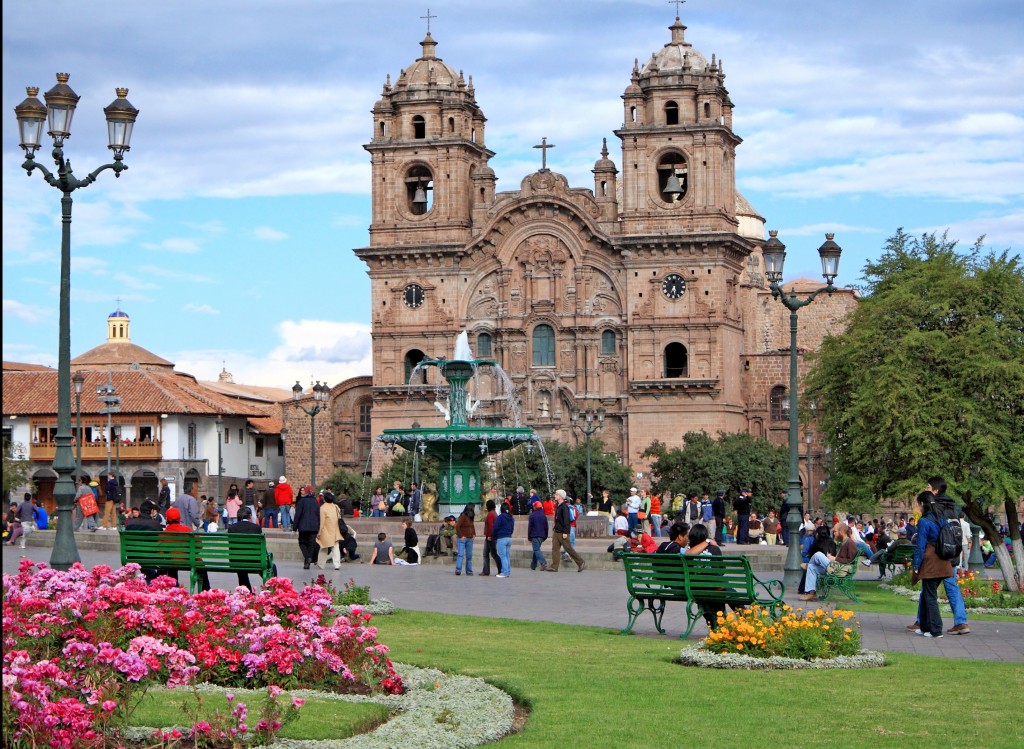 The next morning we were back at the airport for a domestic flight travelling to Cusco. After a short hop we were met on the other side by a chirpy and informative driver. He whisked us off to our hilltop hotel, where the lofty altitude of the city really set in. Following check-in we wandered down to the main town and its pretty square boasting an impressive cathedral.

A real tourist town, Cusco was packed with trekking shops, restaurants and of course the token McDonalds and Starbucks. We soon noted how easy it was to spot the travellers here. Their slow measured steps paled in comparison to the quick-paced locals going about their business. Contributing to this lethargy is the altitude, which certainly slows you down as you accustom to the change.

On our second day in Cusco, we ventured off to explore some little known ruins off the beaten track, a real treat which we were able to enjoy with hardly any other visitors in sight. Occupied from 550 to 1100 AD, Pikillaqta is a relatively large site with many well preserved walls and buildings. The local legend is that the city, the name of which translates to Flea City, was invaded by fleas which forced its desertion. Historians on the other hand believe the Wari tribe abandoned it due to the expansion of their rule. Locals then set fire to the city after they left for the fear they might return. Whatever the truth may be, Pikillaqta is a lovely site to visit without the crowds. 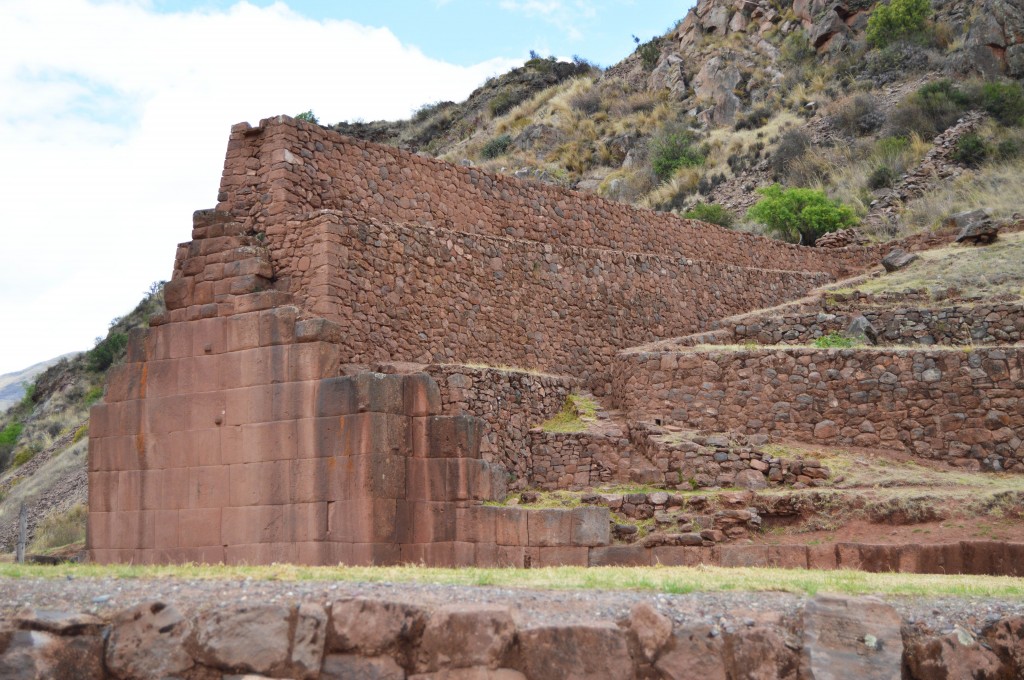 After this we visited the Inca ruins of Tipon, made up of a section of terraces fed by aqueducts, all of which were still working. Witnessing the water running down from level to level was quite amazing, and it was wonderful to see something that was built so many centuries ago is still working today.

Next, it was time for lunch. We were in for a real treat – Chicharoon. These are chunks of pork served with slices of fried potatoes, large corn and a spicy mint dip. The traditional way of eating this is with your fingers, so we dived into the delicious messy dish. Some of our group topped off their meal with Inca Cola – a sort of creme soda/lemonade mixed with Cusquena, the local beer.

Heading back to the hotel it was time to pack for the Salkantay Trek. This is an alternative to the more popular Inca Trail and Lares Trek to reach the legendary lost city of Machu Picchu.

Stay tuned next week to read about Charlie’s trek to Machu Picchu.