With the 100th anniversary of the ANZAC landings at Gallipoli  just around the corner, we’ve got an incredible special photo gallery for you this week. Courtesy of the 10th Light Horse Historical Collection, this vintage selection of photographs offers a glimpse at what life was like on the frontline. But first, here is a word from Major Kim O’Grady, manager of the collection.

The 10th Light Horse Regiment was formed at Perth, Western Australia and shipped to Egypt with the first contingents of ANZAC troops destined for the war. While they trained in Egypt plans developed to land troops at the Dardanelles, and Australian forces were to be involved. Initially Infantry units were required, however as the attack dragged on into stalemate Light Horse units temporarily separated from their mounts and deployed to Gallipoli to fight without them.

Among the many iconic images of Gallipoli, the brave and fruitless sacrifice of the charge at The Nek by the 10th Light Horse remains prominent in our collective memory, and it was this story that was immortalised in the 1981 Peter Weir film, Gallipoli. The 10th Light Horse remains a cavalry unit in the Australian Army today, although mechanisation has long replaced the horses, and this collection of photos have come from the unit’s historical collection.

It is no accident of history that the photographs in the collection from that time reflect Peter Weir’s excellent film. As we trace the collection we start with quality reproductions of smiling soldiers riding through the leafy suburbs of Perth, and the adventure of their time spent preparing in Egypt. The pictures around ANZAC Cove more informal, but they are still photos taken in relative safety recording this important destination. As we move up through the Headquarters’ positions and the depot at Walkers ridge, the photo quality deteriorates as the conditions become more harsh and professional photographic equipment less available. Next we see the soldiers trying to capture images of the terrain from their tactical experience, photos of prisoners and Quinn’s post on the front line. Finally, there are attempts to photograph enemy trenches, cameras obviously held close to the ground, taking pictures over the edge of their own cover in the harshest conditions. The final picture is a badly faded image of Turkish trenches taken at a distance and described on the photo as the trenches attacked on the 7th August 1915, the day of the charge at The Nek. Just as Peter Weir’s film ends sharply at that point, so does the collection of Gallipoli images finish there too.

Whether that is coincidence or whether it reflects the feelings or fates of the few soldiers who images we have, there is no way to tell. The written history of the 10th Light Horse describes the change in attitude felt among the survivors of the unit after that terrible battle. They continued to fight for the remainder of the campaign, but several contemporaries wrote how some part of ‘the spirit’ of the unit was not the same. For whatever reason, the collection’s images do not begin again until the unit returned to Egypt where they would go on to serve with distinction in the Sinai campaign.

I would like to take this opportunity to thank On The Go for their kind support of the 10th Light Horse historical collection. I hope that this small part of our unit’s history can provide a further insight into the events commemorated on this historical occasion.

1. Soldiers in Perth prior to departure 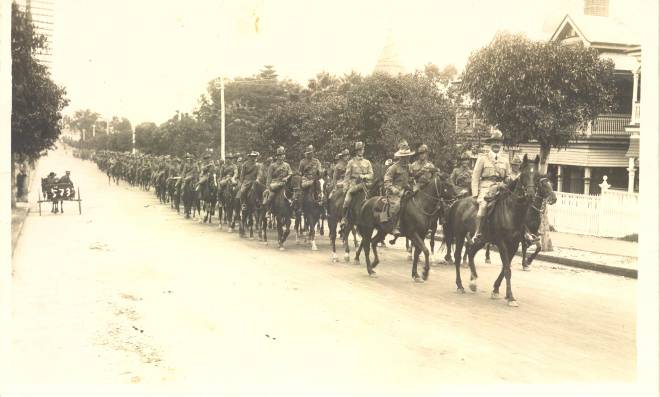 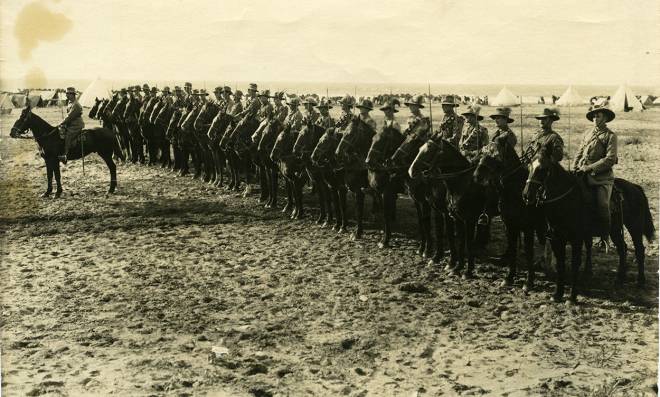 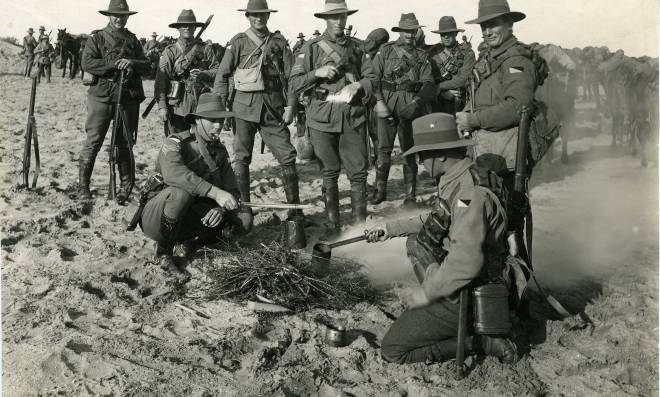 4. The Camp cookhouse in Egypt 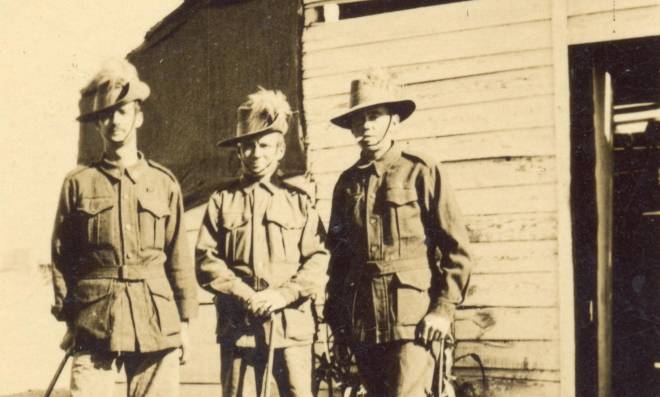 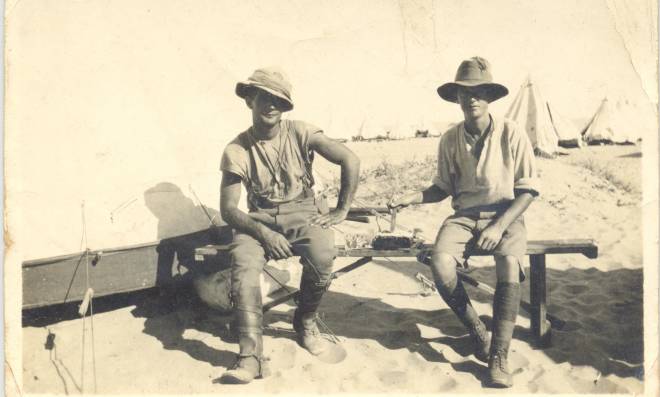 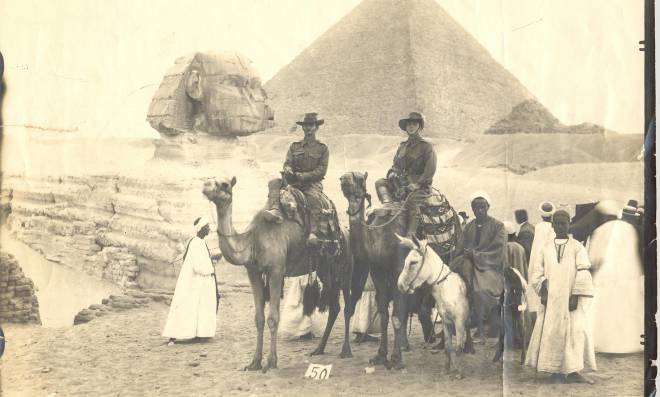 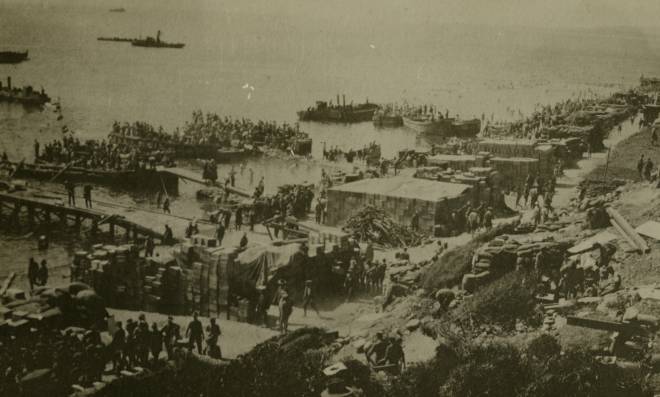 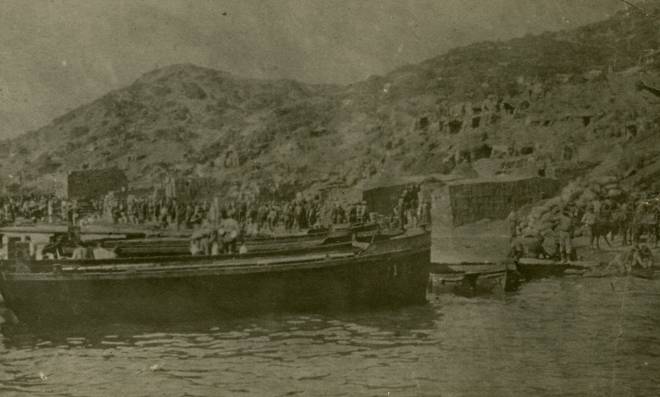 9. The HMS Swiftsure in ANZAC Cove 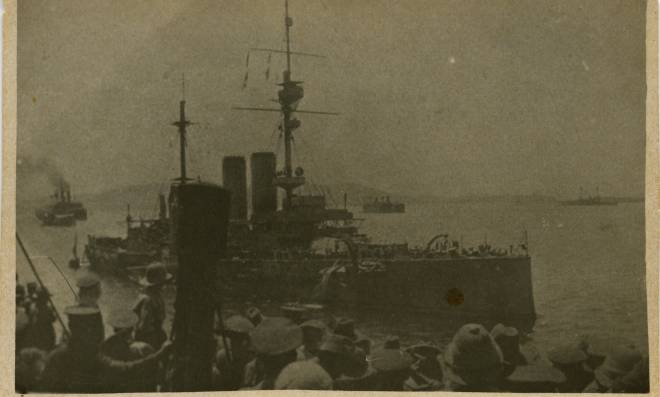 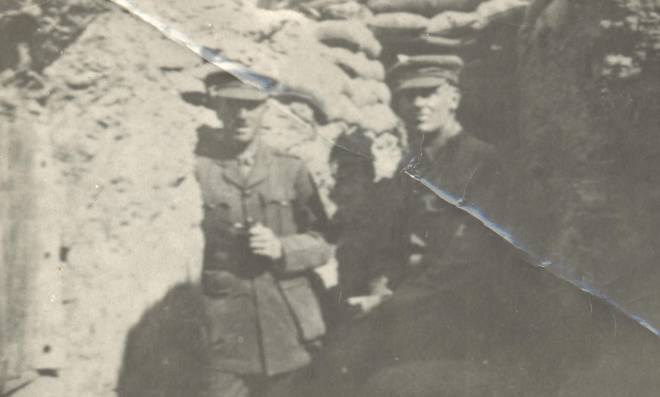 11. The Headquarters of Canterbury Slopes 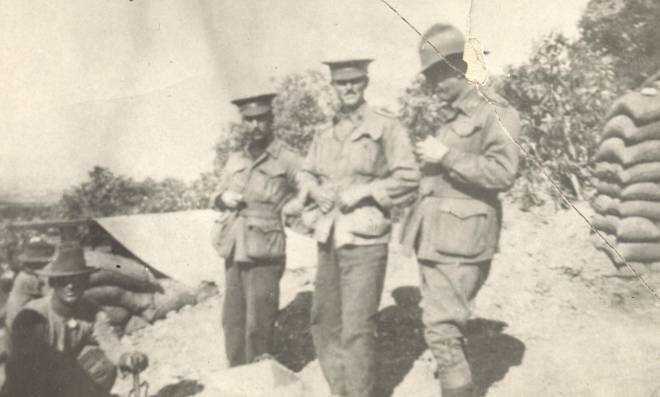 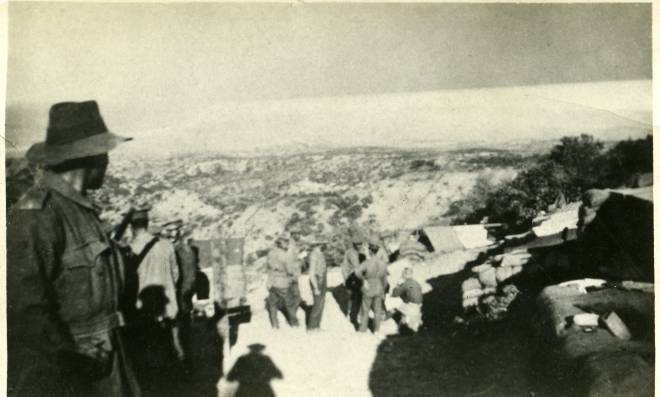 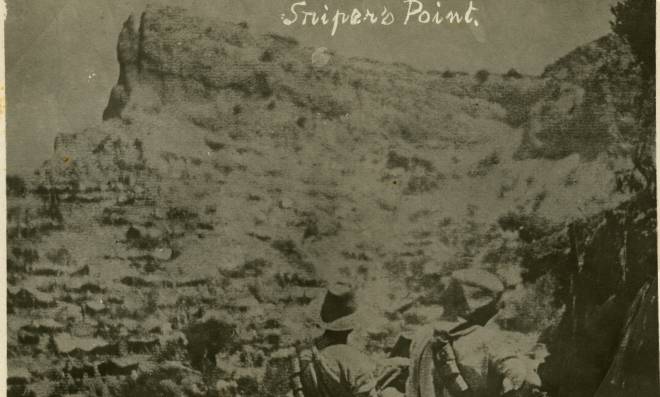 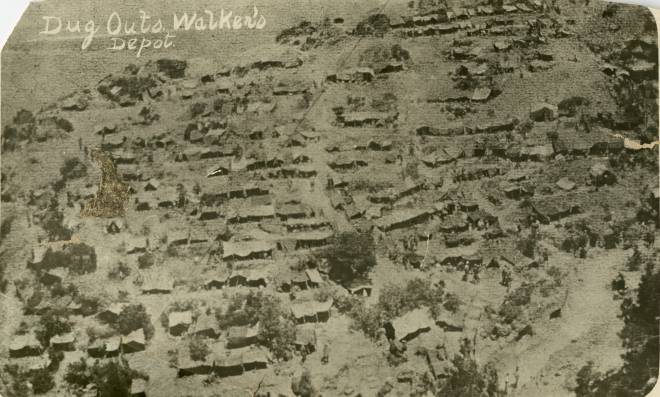 15. Troops moving through a gully 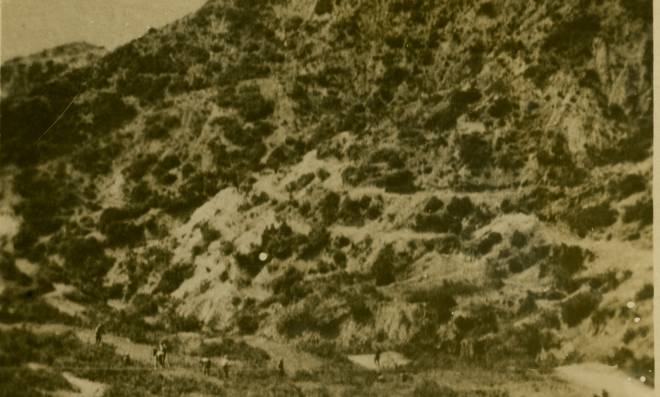 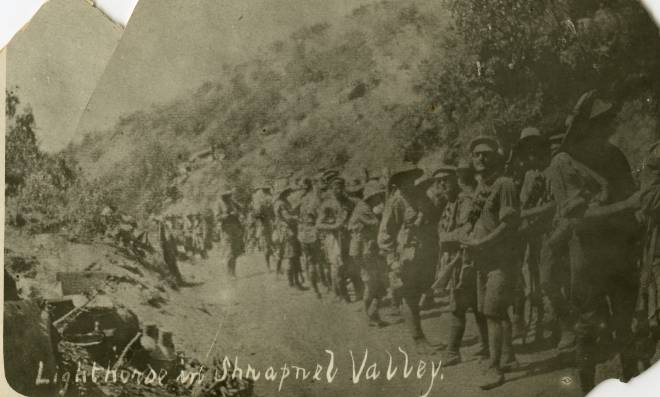 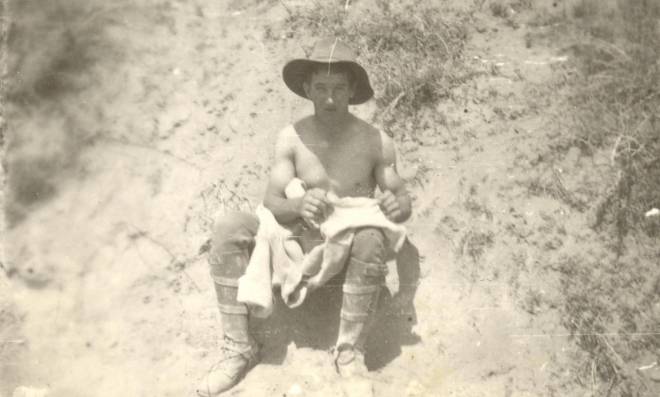 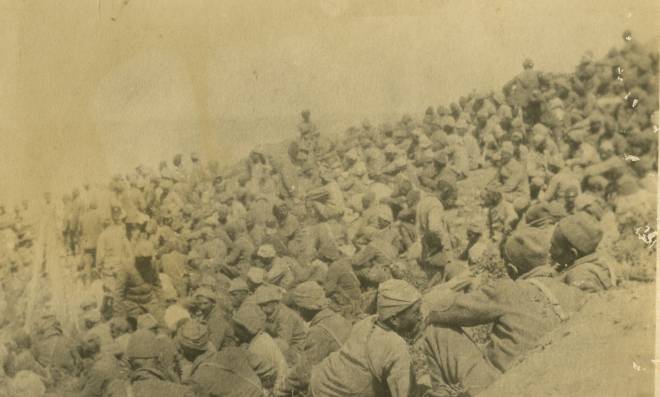 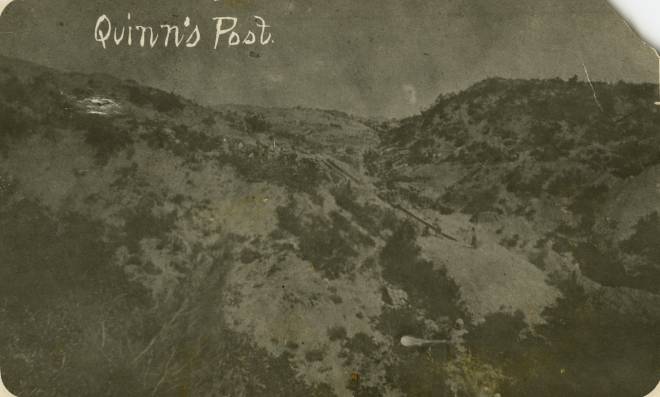 20. Turkish Trenches at The Nek 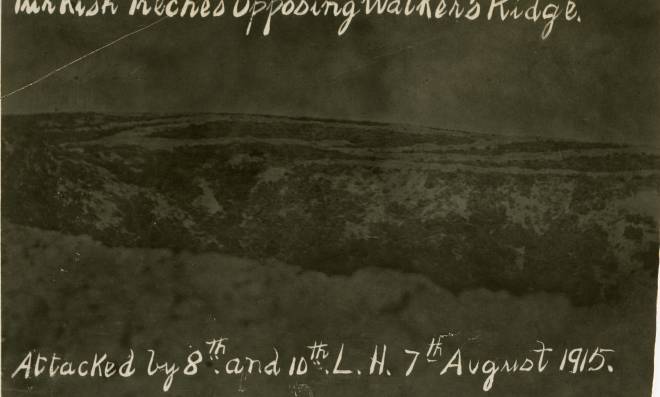