While Costa Rica may not be the largest country in Central America, it certinaly makes up for it with its stunning landscapes and lush national parks. If you’re a nature enthusiast and want to get the best out of Costa Rica, make sure you plan a visit to at least three of its top national parks. 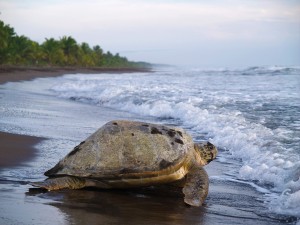 Only accessible by air or water, Tortuguero National Park is one of the most popular national parks in Costa Rica despite its remote location. While absolutely beautiful, boasting vast biological diversity and an array of ecosystems – from rainforest and swamps to mangrove forest and lagoons – what really brings travellers here are its protected beaches where sea turtles come to nest and lay their eggs. March to October is the main breeding season for green sea turtles, while for leatherbacks it is from February to July. 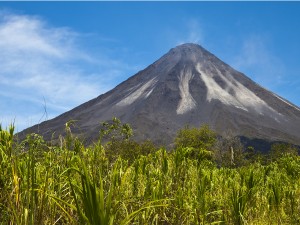 Covering over 12,000 hectares in central Costa Rica, Arenal Volcano National Park is, as the name suggests, home to the infamous Arenal Volcano which is among the world’s ten most active volcanoes. But don’t let this put you off, surrounding the volcano is primary rainforest just begging to be explored, plus there’s Arenal Lake too. Visitors to the park can also explore lava fields, hike up to the dormant crater of Cerro Chato, go zip lining through the rainforest, enjoy a canopy tour of simply relax in the park’s natural hot springs. 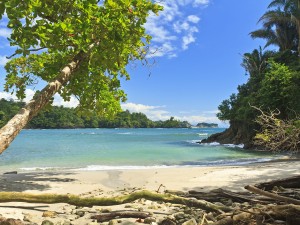 Spanning less than 700 hectares, Manuel Antonio National park is the smallest of Costa Rica’s National Parks – well on land that is, for this stunning park also spreads out over 55000 marine hectares. Renowned for its hiking trails, white sandy beaches and hidden coves backed by lush green mountains, Manuel Antonio is considered as one of the most beautiful national parks in the world. Despite its small land mass, this national park is home to hundreds of species and its offshore coral reefs are brimming with underwater life. 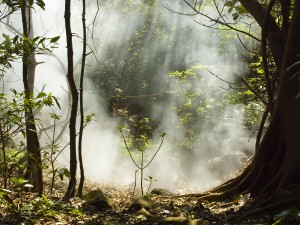 Home to tropical rainforest, geothermal landscapes, volcanic craters and summits, plus numerous species of flora and fauna, the Rincon de la Vieja National Park is not only a fascinating place to explore but also off the beaten track giving you the feeling you stumbled upon a slice of hidden paradise. Wander down forest trails, cross hanging bridges and bubbling brooks; follow the Las Pailas trail where steam and sulphur rise out of the ground, skirt bubbling mud pots and bubbling brown pools; or find your way to La Cangreja Waterfall and take a dip. 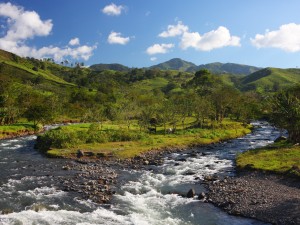 The Monteverde Cloud Forest is one of the most biologically diverse destinations in the world and a must-visit on any trip to Costa Rica. Founded in 1972, the Monteverde sits 1600 metres above sea level and covers 10,500 hectares of land which can be explored by trails or via suspension bridge and zip lines in the tree tops. Renowned for its misty cover, the reserve is home to over 2500 plant species, 100 varieties of animal, 400 bird species and 120 different reptiles and amphibians – not to mention tens of thousands of creepy crawlies.