Earlier this year I travelled to the Hashemite Kingdom on our 8 day Totally Jordan group tour. Kicking off in the capital city of Amman, I proceeded to spend the next week discovering the ancient Roman ruins of Jerash, catching a glimpse of the Promised Land from Mt Nebo, exploring Crusader Castles, uncovering the once lost city of Petra, camping the night in Wadi Rum and bathing in the Dead Sea before ending in Madaba. In this week’s photo showcase I am going to share with you some of my photography, along with some of the highlights from my trip.

Jerash is one of the biggest and best preserved Roman cities in the world with temples, theatres, colonnade streets and the Oval Forum all remaining well intact. Here is our group posing at the gates of Jerash getting ready to explore the city - it certainly did not disappoint. 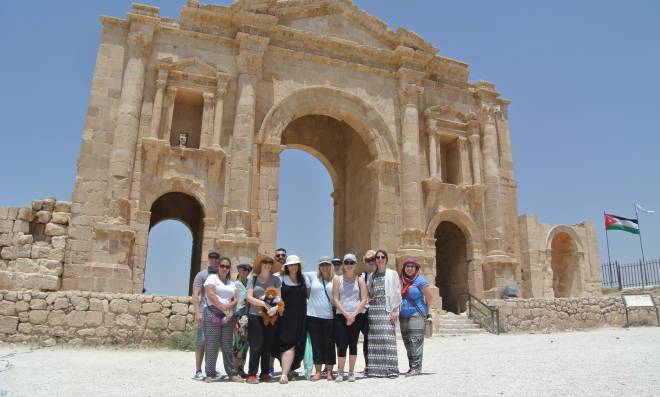 The main entrance to the city of Petra is through the Siq, a long narrow gorge which at some points is not more than three metres wide. The sandstone passage way twists and turns, and is scattered with tiny hints of ancient life. Small shrines, carvings, and incredible engineering can be found along the passage way all set into the beautiful colours and patterns of the naturally formed rock. 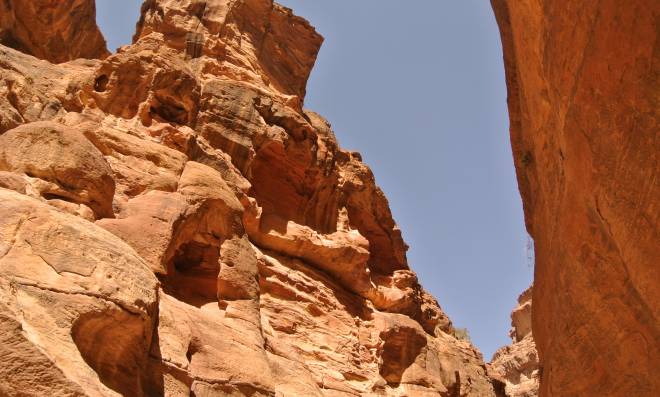 A horse drawn cart makes it way down the Siq, taking passengers to visit the Treasury of the lost city of Petra. Other than walking, horse and cart is the only way to travel through the Siq and the main income for a lot of the local people. Just be sure to negotiate your price before getting in! 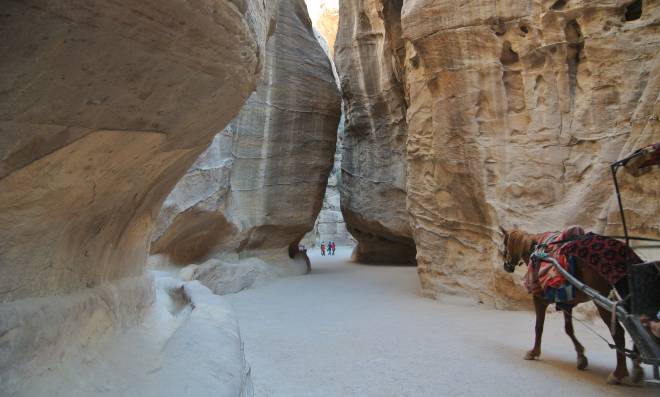 With over one thousand burial monuments and tombs to be explored, there is plenty more to see in Petra than the Siq, Treasury and Monastery. This photo shows some of the less elaborate tombs found in Petra and was actually taken from inside a tomb. It is actually quite beautiful for an area which is believed to have laid to rest around ten thousand people. 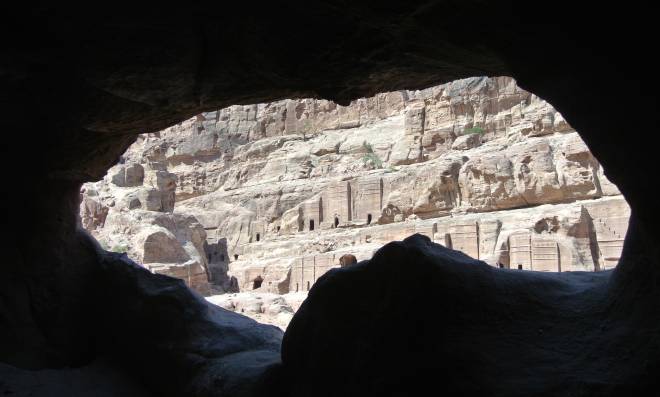 A visit to Petra would not be complete without visiting the Monastery. Larger than the Treasury and standing at around 50 metres high, the Monastery is well worth the 840 stair climb to see it. You can even enjoy a cup of tea or a cold drink at the top while admiring the view. 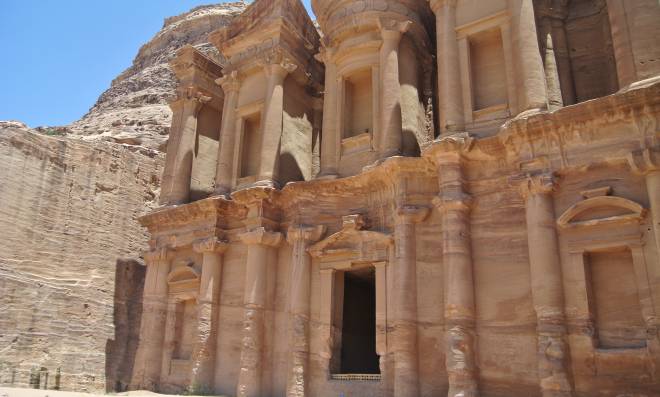 We entered the city via the Siq but opted to leave via the Shepherd’s Route, a seven kilometre trail leading out of the city. Once we ended the trek we were met by a vehicle which drove us 20 minutes back into the main town. This man and his donkey was the only other person we saw on this trail and knowing how far away we were from everything I wonder where he was going. 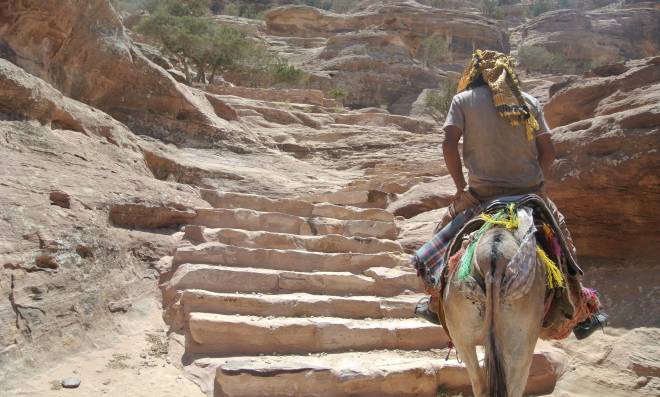 No trip to Jordan would be complete without a trip to the Wadi Rum desert. Also known as the Vast Echoing Desert, Wadi Rum is a 74 000 hectare area containing many desert landscapes such as sand dunes, towering cliffs, rock formations, archaeological sites and narrow gorges. Once in the desert we mounted our camels for a 14 kilometre trek. There really is no better way to appreciate the vast landscapes of Wadi Rum than by step by step on the back of a camel. 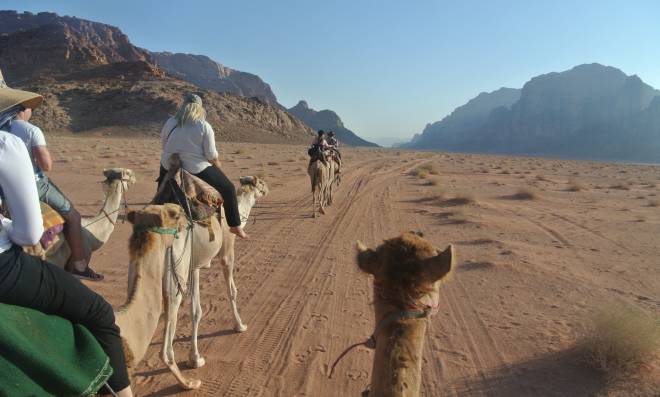 Sunset in the Wadi Rum desert is definitely a moment that I will never forget. As the sun went down the sky lit up with beautiful hues of pinks and oranges, before the twilight introduced us to a blue moon which lit up the sky all night almost as if it was trying to rival the sun. 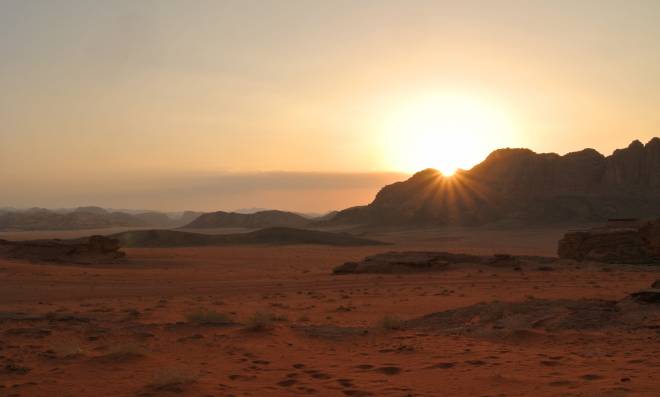