I recently travelled to India for the first time on our Passage to India tour through Rajasthan. Today I am going to tell you all about my experience of hot air ballooning in Jaipur – including what it was like, what to expect yourself and my verdict on whether or not you should try it too.

The evening before we were scheduled to set out for our much anticipated hot air balloon ride over Jaipur we were told that due to high winds our trip would have to be postponed until the next morning. While we were initially disappointed, we were definitely appreciative that all precautions were being considered and met – safety always comes first!

The following night we were once against cast in doubt, as the heavens decided to open and Jaipur experienced its first rainfall since the start of the dry season. As the sky crackled with lightening and thunder rolled above us our optimization remained clouded as to whether we’d ever make it on to our hot air balloon ride, but we were told to hold tight and to be prepared for our early morning wake up call. 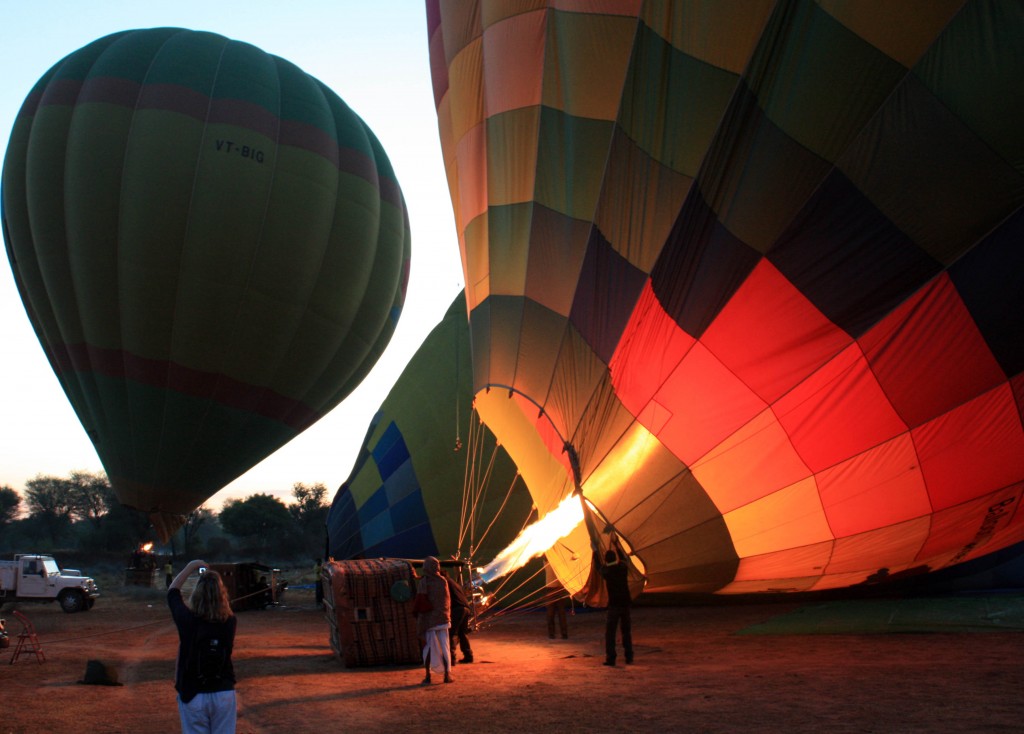 Sure enough our wakeup call came in the dark early hours of the morning and before we knew it we were bundled into the back car and on our way to the launch site. As we began our drive it was interesting to see that the streets of Jaipur had taken on a completely different demeanour – they were empty and quiet apart from a few lone cows meandering down the road. Leaving the city behind we were soon surrounded by rural landscapes and after 40 minutes of winding bumpy roads we found ourselves greeted by three giant hot air balloons in the middle of an empty field.

Climbing into our hot air balloon basket we were introduced to our pilot Francisco – a Spaniard who now calls India home. After a quick overview of safety on board and landing positions we were ready for lift off.

Gently lifting off the ground we were soon airborne and floating gently over the rooftops of small rural communities as they awoke for the day. It was fascinating to see them as they went about their morning chores, whether going to morning prayers at the temple, making their chapattis, pumping water or feeding their cows.

While the downpour of the previous evening had initially made us worried as to whether we’d even make it hot air ballooning, it actually turned out to be a massive benefit as our pilot explained that it had cleared the sky. With 20 kilometres of visibility all around us, Fransico told us we were lucky to have the best visibility he’s seen his entire time in India. We were even able to make out the Amber Fort of Jaipur in the distance, an impressive fortification dominating the hillside. 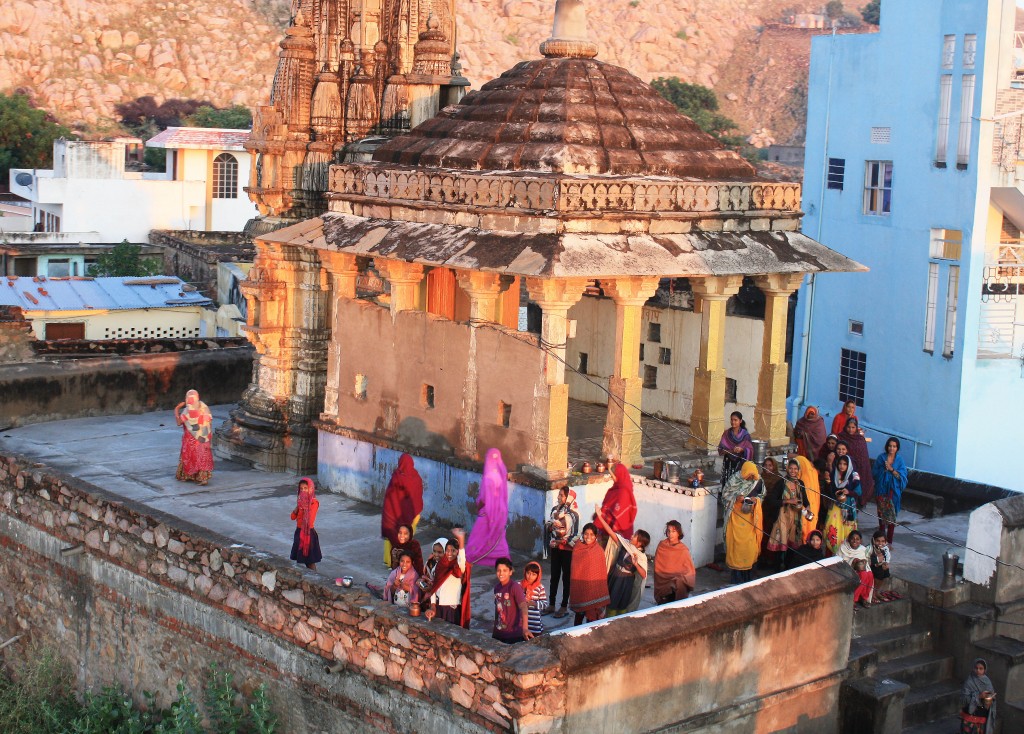 But what really made the experience special was just how excited and intrigued the local people were by the spectacle of hot air ballooning. We were greeted by smiles, waves and laughter, with two young boys even running after the balloon to watch us as we landed, their eyes sparkling with interest.

Hot air ballooning in Jaipur without a doubt the most memorable part of my trip to India and I would recommend it to everyone. Leave your aerophobia or acrophobia at home and take to the skies in Jaipur – you won’t regret it!