Skip to content
On The Go Tours Blog > Our Adventures > Peru: Land of the Incas and Bowler Hats (4 minute read)

As the heart of the erstwhile Inca Empire and home to charming colonial towns, colourful Andean culture and spectacular natural wonders, it is no wonder why Peru is one of South America’s most sought-after destinations. I recently returned from the Land of the Incas after discovering the sights of this fascinating country on our 14-day Lima to La Paz group tour. While most people rave about the magnificence of Machu Picchu, I have decided on a different approach with this week’s photo showcase and am going to share some of the lesser-known highlights of my trip, from the salt mines of Maras to deep-fried guinea pig and the intriguing Witches’ Market. I hope you enjoy my collection of Peru photos!

These salt mines are located just 40 kilometres from Cusco. Since pre-Inca times, salt has been obtained in Maras by evaporating salty water from a local subterranean stream. The highly salty water emerges at a spring, a natural outlet of the underground stream. There are approximately 3000 pools here. 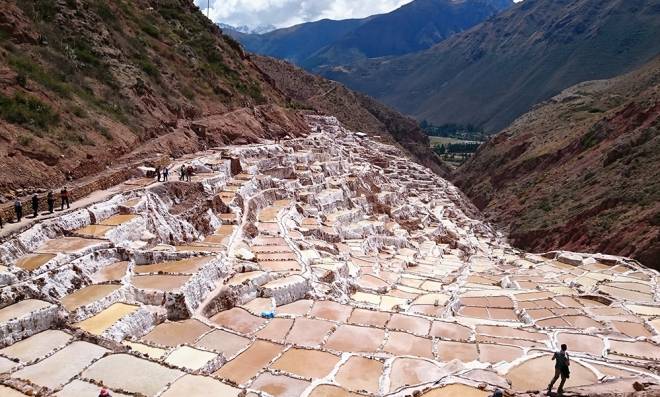 Lake Titicaca is home to over 40 man-made islands, which are created by tying together totora reeds that then grows into the lake to create the base of the islands. Locals use the same reed to make a huts, furniture and boats. Each island has a collection of simple, reed houses, but on some islands you'll find a watchtower, restaurant and even a school. 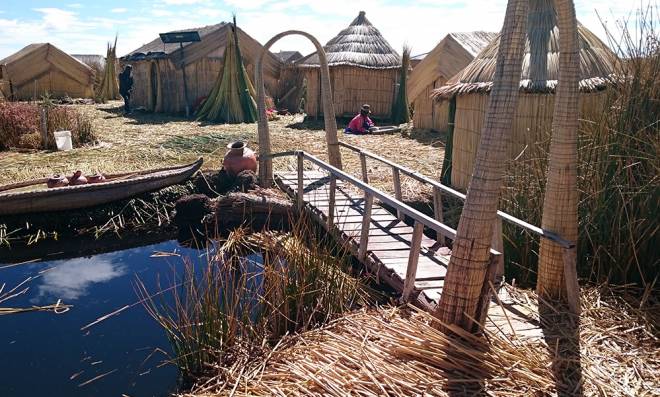 Although there is no shortage of exotic fruits and vegetables in Andean markets, the most important product offered here is potatoes. There are some 4000 different varieties of potatoes grown in the Andes and almost every meal in Peru and Bolivia is served with one or more varieties of potatoes. 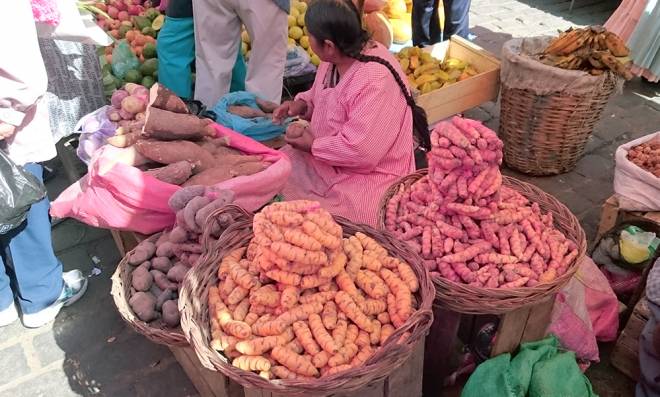 Less than an hour drive from Cusco you can find one of the country's most impressive agriculture engineering masterpieces. The purpose of these terraces is uncertain but scientists believe that this was Inca agricultural experiment station. One of the most remarkable feature of the site is the vast difference in temperature between the top and the bottom terraces which can be up to 15°C. This large temperature difference created micro-climates so the Inca could potentially study the effects of different climatic conditions on crops. 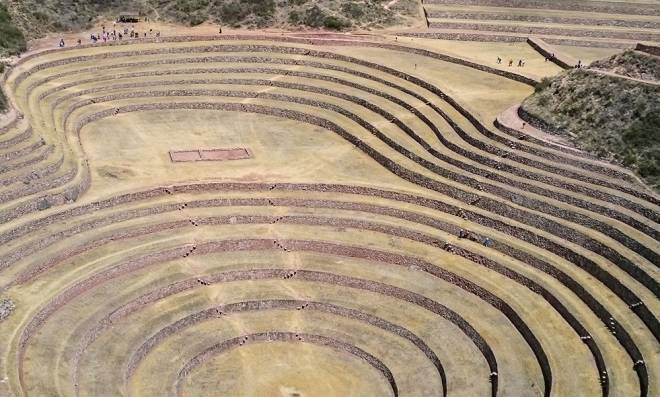 Deep fried guinea pig, one of the delicacies of Peruvian cuisine. Guinea pig meat is high in protein and low in fat and cholesterol and is an important part of the Andean diet. Annually over 60 million animals are slaughtered, which produce almost 7% of the total meat production. This meat is mainly consumed by the rural population and obviously tourists! And the taste – as often with “exotic" meat - is like chicken. 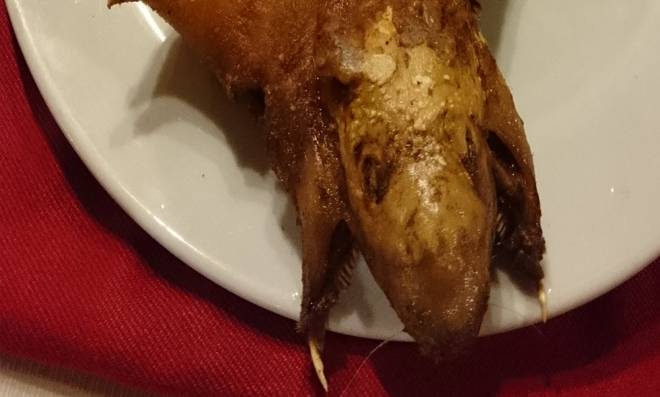 Just outside of Cusco, the train from Poroy to Aguas Calientes is a very comfortable way to reach Machu Picchu. It takes just over three hours and is a good alternative for those who don’t want to do the Inca trail or just have very limited time in Peru. The seats are very comfortable and large panoramic windows offering incomparable scenic views and great opportunities to capture amazing pictures. 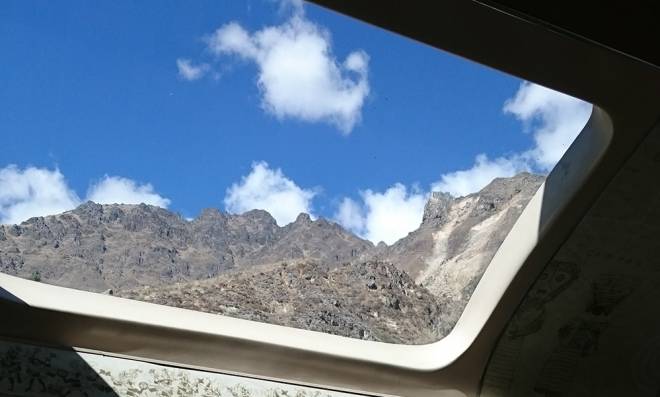 Bowler hats are still very popular in Bolivia. Accordingly to a legend it was introduced to Bolivia by British railway workers almost 100 years ago. British railway authorities ordered a large number of hats in England for all the workers working in Bolivia that time. When the hats arrived to South America they found that they were way too small to fit the heads of the men. Instead of throwing them out they decided to create a “fictional” story to tell the Bolivian ladies. This story was that all the fashionable women in Europe were going around wearing these bowler hats and it was the new fashion trend! 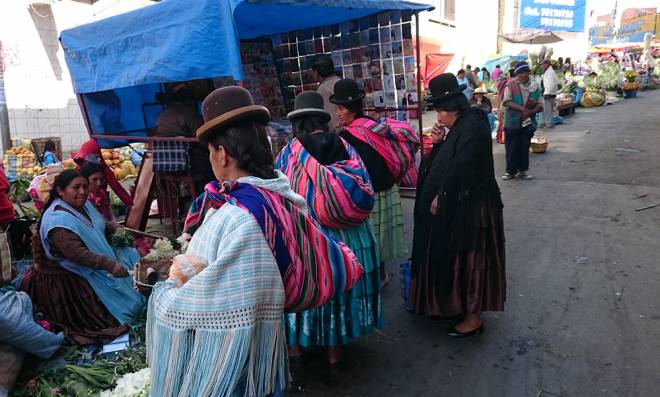 The Witches' Market in La Paz - one of the main and unusual attractions of La Paz. The famous El Mercado de las Brujas is located close to the city Centre although this place is very touristy , for more authentic experience you should visit much larger witches market of El Alto, on the outskirts of La Paz. Dried llama foetuses are seen for sale as offerings at the market as well as aphrodisiac formulas, owl feathers, dried turtles and snakes, herbs, and folk remedies. The llama is buried under the home as a sacrifice to the Mother Earth asking for health, good luck and happiness in the new home. 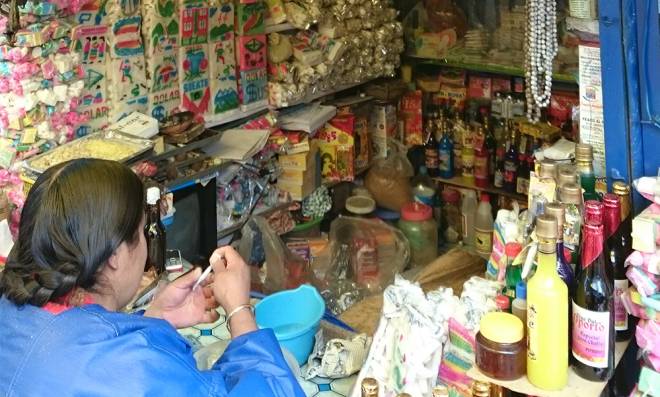 La Paz is located at approximately 3,650 m above sea level and it’s the world’s highest capital. Some of its outskirts (including the airport) are located over 4000 m above sea level. Last year La Paz was named one of New 7 Wonders Cities (among Beirut, Havana, Kuala Lumpur, Durban, Doha and Vigan). In 2014 the highest cable car ride in the world has been launched in La Paz. Operating at a height of 4000 m (13,000 ft) above sea level, the cable car connects La Paz to neighbouring El Alto. This is probably the best way to fully appreciate the size and density of this city. 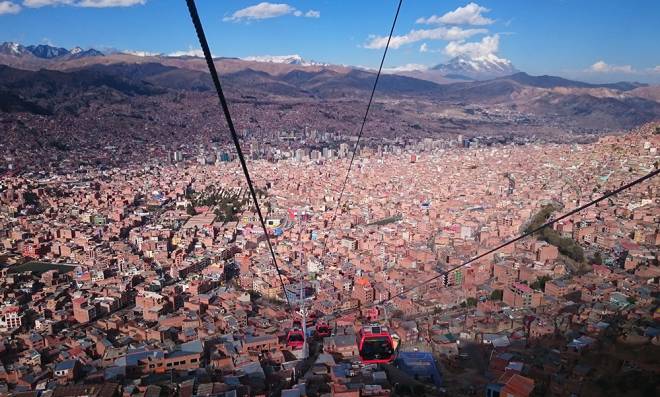