The simple act of looking up into the dark abyss of the night sky at the planets, nebulae and constellations held in the universe is absolutely spell binding and something we’ve been doing for thousands of years. Whether a dramatic meteor shower darting across the sky or studiously examining the sky for a specific clusters of stars, due to the increase of artificial light pollution this is an experience which is becoming harder to enjoy. For a rewarding viewing of faraway planets and galaxies, you will have to retreat to some of the world’s most remote locations. We have put together a list of our favourite places to gaze up at the night sky in wander, chosen because of their superb dark sky qualities as well as having plenty to explore in the day.

A Dark Sky Reserve is a piece of land which has an exceptionally high quality of starry nights, the area's characteristics creating a fantastic pitch black canvas to gaze into. Aoraki Mackenzie, the highest mountain in New Zealand, hits this criteria and is the world's biggest Dark Sky Reserve. Far away from any city lights there are many places in this region to enjoy the clear night sky, either from the Mt John Observatory at Lake Tekapo or in the Aoraki National Park. 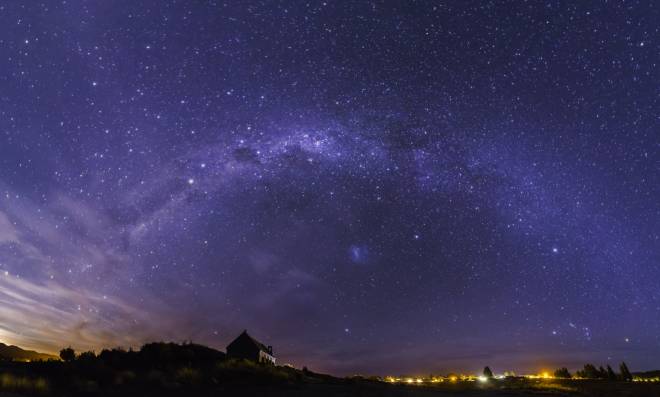 2. The Atacama Desert in Chile

With high altitude, clear skies and a lack of rain, the Atacama Desert in Chile is scattered with state of the art telescopes to study the skies of the southern hemisphere. However you don't need advanced equipment to see the swirls of the Milky Way, the dots of Saturn and Jupiter and the iridescent smears of the Magellanic Clouds, distant galaxies which orbit the Milky Way. The Alto Atacama, found at the base of the impressive Salt Mountains, is one of the best hotels of the area and organises astronomy tours at night and excursions during the day to the immense lunar landscape of the desert. 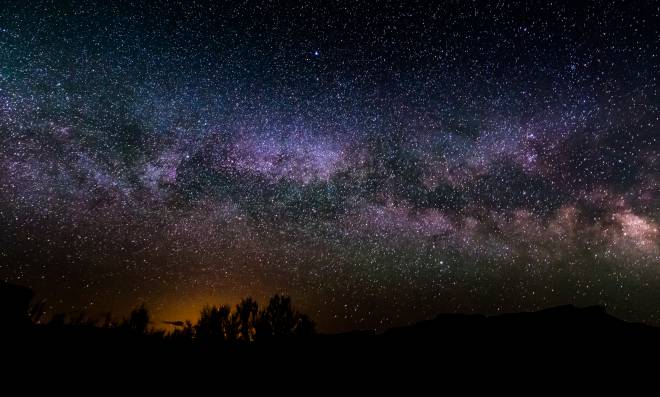 Located 60 miles from the nearest village and stretched across 202,200 hectares of barren desert, the NamibRand Nature Reserve is one of the world's naturally dark places. In this exceptionally clear night sky you can clearly see the glowing band of the Milky Way brighten the heavens. Many camps offer amazing stargazing facilities such as the Sossusvlei Desert Lodge which is equipped with an observatory and a 12 inch telescope to view the glittering clusters of stars which light up the night’s sky, the resident astronomer on hand to answer all questions. 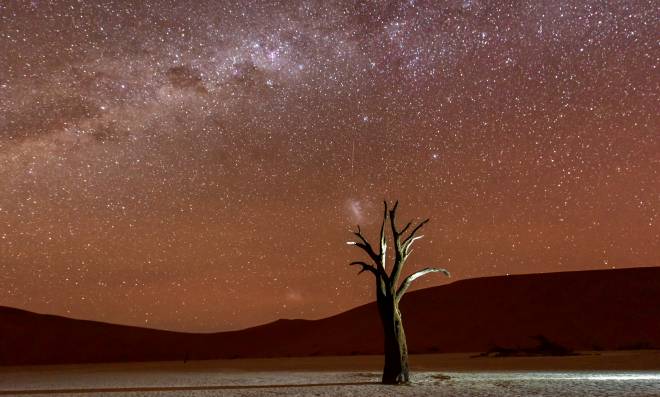 The largest game reserve in South Africa covering more than 7,300 square miles and holding the Big Five, cheetahs, giraffes and hyenas, Kruger National Park is a great location for a superb safari. After a day on game drves filled with wildlife spots, head out again at dusk as the sun sets behind the flat savannah to experience the sky darken and the stars start to illuminate the night. Grab a good pair of binoculars to look at the highlights of the southern hemisphere – the four stars which comprise the Southern Cross, the Scorpius constellation and the rings of Saturn. 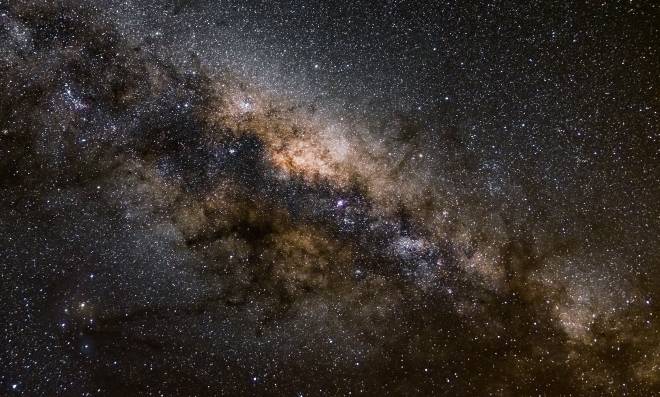 Part of the collection of the Canadian Rocky Mountain Parks, Jasper National Park is a natural playground of mountain peaks, glaciers, lakes, waterfalls and limestone caves. As midnight approaches Jasper National Park transforms into an astronomy utopia, the silhouettes of the mountains and tall trees cast against a sky displaying the Milky Way. This beautiful night sky is celebrated with the Jasper Dark Sky Festival held in October as the autumn nights draw longer but the temperature is still mild. This celebration invites everyone to gaze up at the skies as astronomy fans from around the world come together to attend seminars, take photos and tick star constellations off their Bucket List. 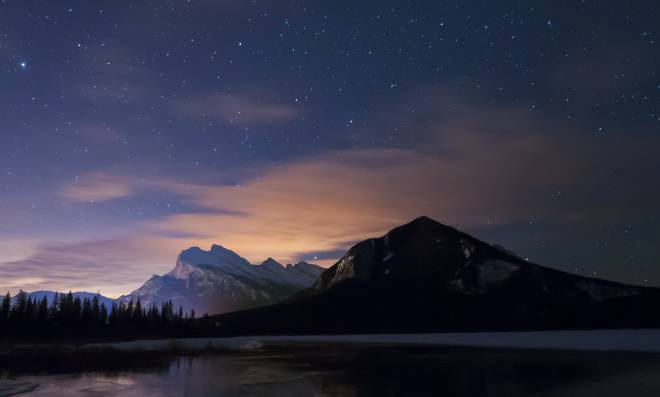 Step into Galloway Forest, a remote and quintessential part of Scottish nature full of forested glens, high hills, lochs, wild goat and red deer. From here it is possible to spot more than 7,000 stars and planets with the naked eye and with the aid of binoculars you can see as far as the moons of Jupiter and the rings of Saturn. The UK’s first dark sky destination has three visitor centres with numerous viewing areas and the hilltop Scottish Dark Sky Observatory educating visitors all about astronomy. 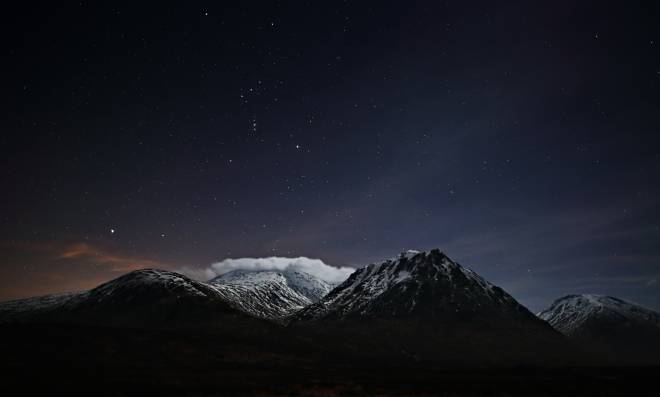 Known for its endless stretch of beaches, Polynesian culture and dramatic cliffs, Hawaii is also home to the world's largest optical telescope sitting at the summit of the dormant volcano Mauna Kea. The volcano, which hits heights of 14,000 feet, is a sacred and important location to both native Hawaiians and scientists. It is one of the best places on the island to watch the astonishing colours of the sunset light up the sky before studying the constellations - 80 of the 88 of which can be seen from Hawaii including the Southern Cross and Ursa Minor with the Northern Star. 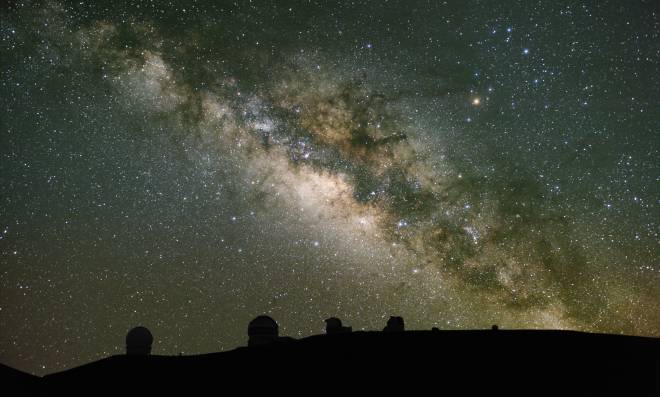 Uluru, also known as Ayers Rock, is an iconic site of Australia and is a site of extreme importance to the Aboriginal people. Spend the night here and watch as the sun sets, casting Ayers Rock with a colour palette of burnt reds, dusty oranges and charcoal greys before being plunged into absolute darkness. With no interfering light pollution and in complete silence you can clearly see the glimmering colours of the Magellanic Clouds and the Milky Way as well the brightest dots of the Southern Cross constellation. With the stunning stargazing and a magical atmosphere, spending a night at Ayers Rock is a once-in-a-lifetime experience. 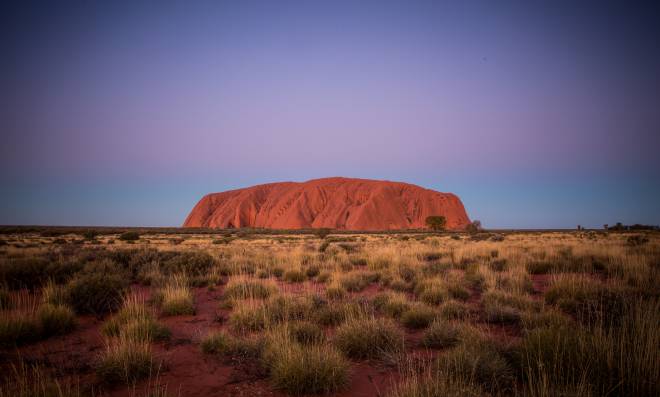 America holds, as well as the brightest and glitziest cities, some of the world’s darkest corners. The Arches National Park in Utah is one of these places and also holds the world’s largest collection of sandstone arches, 2000 naturally formed bows curving through the air. During the day hike the many trails and visit the different intriguing stone formations before the landscape of reds, oranges and golds comes alive as the sun sets. After this impressive natural display get comfortable for the night at your campsite, sitting around a crackling bonfire and contemplating the night sky, the impressive arches adding to the drama of the night sky covered with stars. 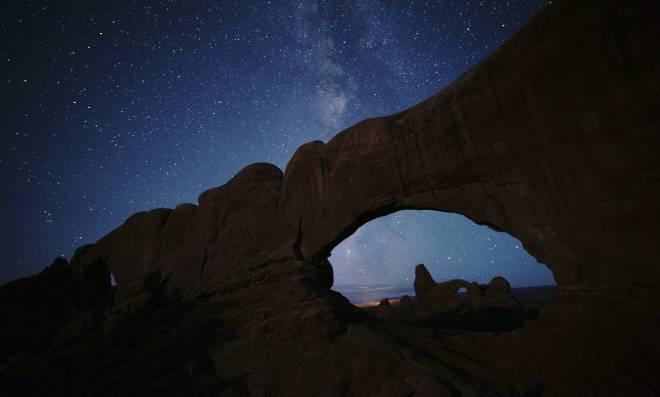 Europe’s largest area of protected night sky at 572 square miles, Northumberland International Dark Sky Park was awarded in December 2013. Due to its pristine sky quality it has gold tier status making this northernmost county of England the best place in the country to enjoy the heavens. It is possible to see up to 2,000 stars at one time, with the furthest star you are able to see without the technical aid of a telescope or binoculars the Andromeda Galaxy. The blue, purple and white spirals of this nebula are approximately 2.537 million light years from Earth. 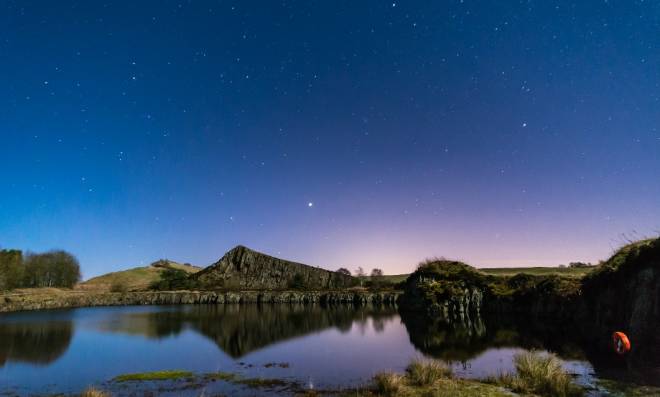