In this digital world we live in, it’s nice to know there are still some places left that offer little or absolutely no connectivity at all. That means no way to update your followers on social media, nowhere to check your emails and no chance to stream the latest episode of whatever show you might currently be hooked on. With cell phone reception doubtful and good times guaranteed, from Peru to Nepal and Morocco to Mongolia, here’s our list of the top 10 places around the world to well and truly get off the grid.

The breathtaking views of the Annapurna region will overwhelm even the most committed technophiles. Comprising some of the planet’s highest mountain peaks, the Annapurna Conservation Area is Nepal’s first and largest conservation area. It’s also home to some world-class treks, including the famed Annapurna Circuit. Unplug and get a good whiff of that fresh mountain air! 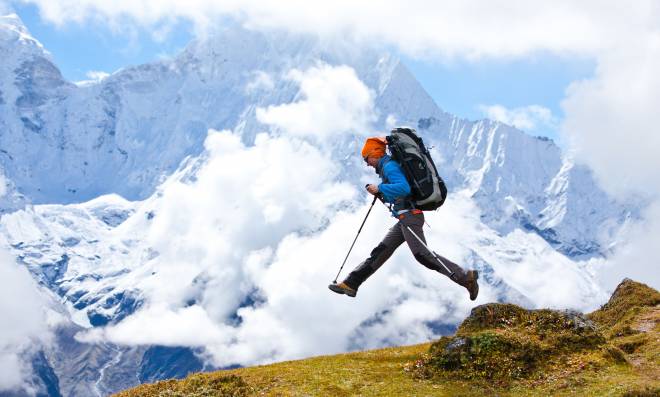 Say Machu Picchu and you’re bound to think of the famous Inca Trail – and for good reason; it’s a classic trail with a dramatic ending, but the path less travelled is the Lares Trek. With spectacular views, glacial lakes and hot springs, the less-crowded Lares Trek also concludes with a full day at Machu Picchu. You’ll arrive a day earlier than those on the Inca Trail, at the perfect time to catch photos of the famous site as the sun rises over the mountains. Although there aren’t any Inca ruins on the Lares Trek, you do get to visit an Andean family on the way. Leave the laptop at home. 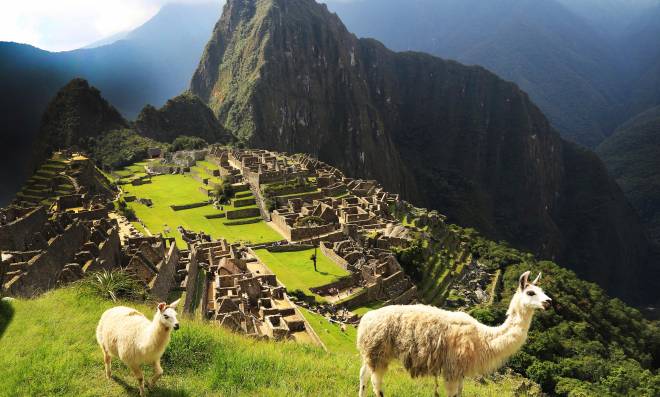 The world’s largest hot desert, the Sahara Desert dominates northern Africa. It’s so large in fact, that it’s almost the size of the entire United States. But with some of the sand dunes reaching up to 180 metres in height and shifting as they do with the wind, the only way to travel is by camel. Trek into the Sahara by camel on a tour to Morocco, and prick your ears up at night after a fireside dinner and some traditional music and dancing. Hear that? Silence. 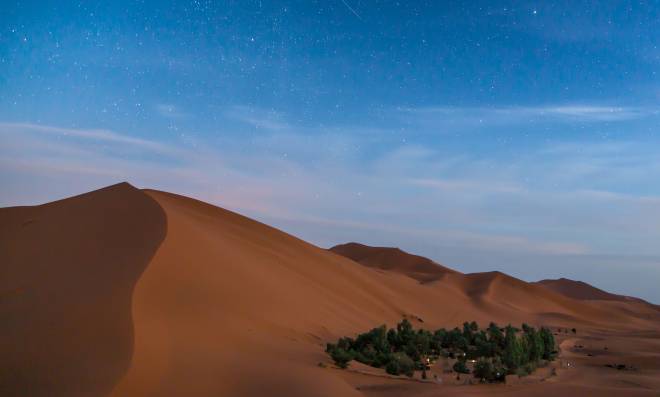 The richest of all ecosystems, rainforests are hugely important to the planet. And particularly the Amazon, which contains about half the world’s living species of plants and animals despite covering only around 5% of the earth’s surface. Along with being ecologically vital, it’s also not known for having great mobile signal. Replace that ringtone with the sound of birdsong in the Amazon. 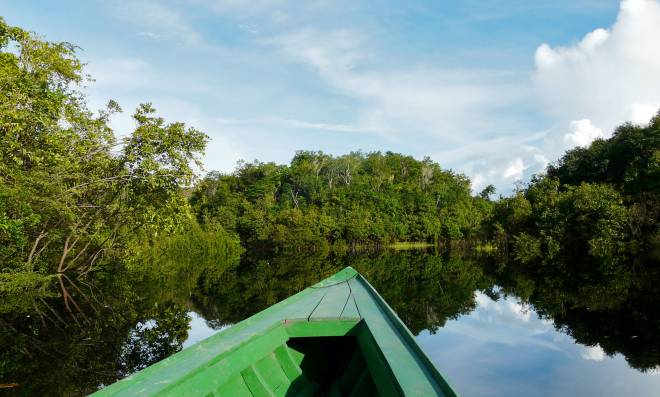 Kilimanjaro, the highest mountain in Africa (and the highest freestanding mountain on the planet) is not known for its internet connectivity. Following the quieter and scenic Rongai route from the north, wind your way through farmland, forest and remote wilderness on your way to the summit. Enjoy the views as you trek – they only get better. 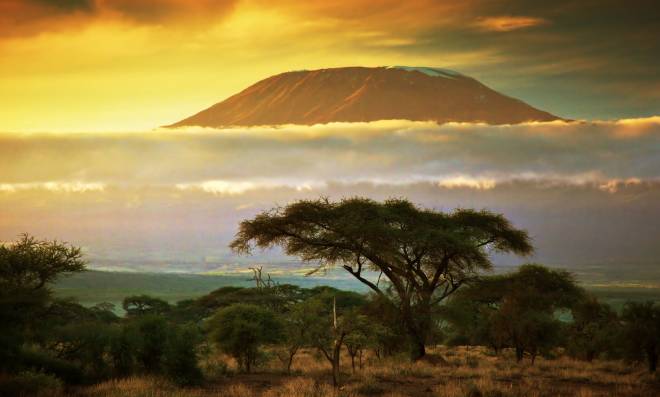 Swap those mobile phone towers and high-rise buildings for the geological drama of the desert of Wadi Rum. These incredible rock formations have set the stage for many a blockbuster, starting with Lawrence of Arabia and carrying on right up to the Transformers film franchise. Stop for a second and listen to the ancient desert wind, marvel at the brilliance of the clear night sky and enjoy the peace and quiet. 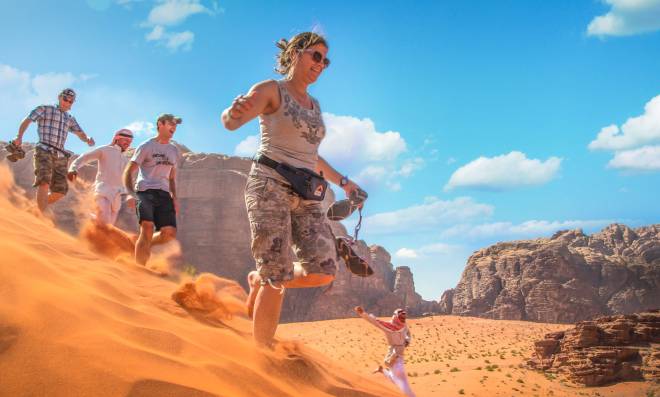 Covering more ground than the whole of Singapore, Kinabalu National Park in Sabah is home to a remarkably diverse range of flora and fauna, and was Malaysia’s very first UNESCO World Heritage Site. But at the heart of the park – and what attracts tourist in their throngs, is Mount Kinabalu. Standing at over 4,000 metres it is the highest mountain in Malaysia, but despite its height is a relatively easy climb, and upon reaching the summit at sunrise you’ll be greeted by spectacular panoramic views and no bars on your phone. 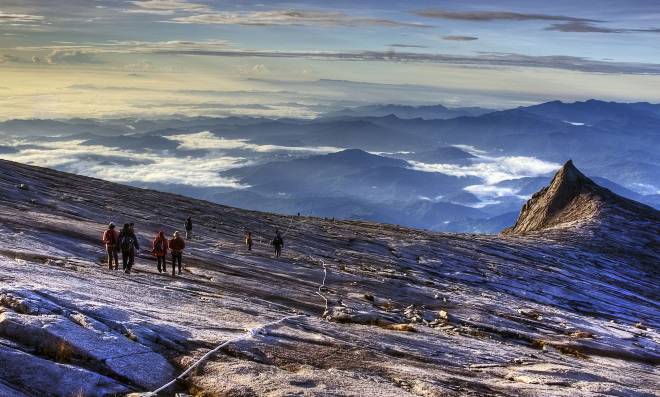 The Okavango is the largest inland delta in the world, studded with exotic little islands and teeming with birds and other wildlife. Explore the waterways in a traditional mokoro – a dug-out canoe – and see elephant, hippos, crocodiles, wild dogs and an unrivalled variety of birdlife. Fed by rainfall in the Angolan highlands, the Okavango reaches a size of up to 15 000 square kilometres, meaning you’ll be well and truly out of range and off the grid. 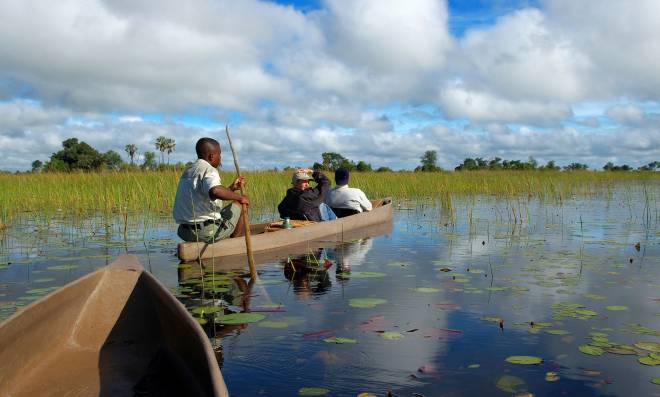 9. The steppes of Mongolia

The Trans-Siberian railway crosses the continent of Asia, from Moscow to Beijing, covering roughly a third of the earth’s circumference as it goes and crossing straight through the grassy plains of Mongolia. Camping out in a traditional ger is the best way to get a taste of the nomadic life of the plains of Mongolia, and the ideal place to forget about your inbox. 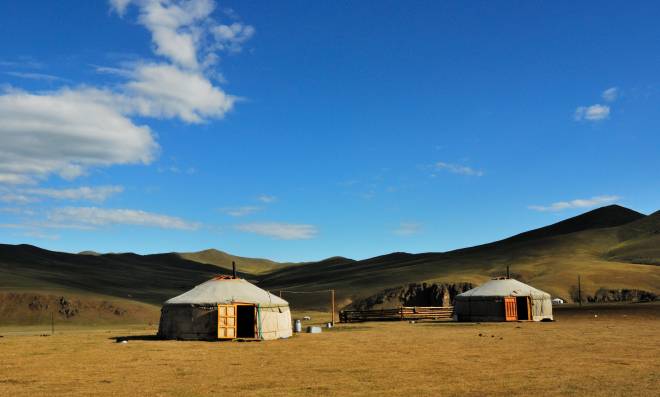 The largest lake in South America, Lake Titicaca in the Andes forms the border between Bolivia and Peru. Take a homestay on the reed island of Amantani, where you’ll get a taste of the traditional lives of the Aymara / Quechua families. Eat traditional food, try on traditional dress and get a feel for truly rural life. Don’t count on being able to recharge your iPhone. Or anything else for that matter. 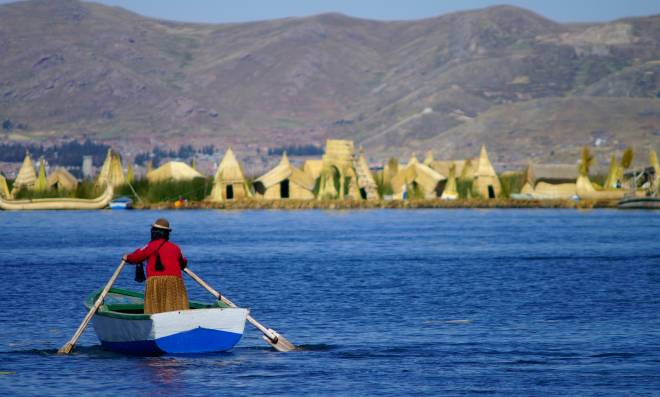 Our blog – THE INSIDE TRACK – features our latest adventures, plenty of useful travel tips, fabulous travel photos and, we hope, lots more stuff to whet your appetite for your next holiday. There are regular contributions from all of as at On The Go Tours as well as from travellers from the far corners of our planet.