In March I journeyed to the border of Europe and Asia on our Turkey Unplugged group tour and in this week’s photo showcase I share some of the highlights of my trip. From the impressive Blue Mosque in Istanbul and the poignant war cemeteries of Gallipoli, to exploring ancient Roman ruins and sampling local tea and treats, my time in Turkey was full of memorable moments. One of my favourite parts of the trip was getting the green light to take to the skies in a hot air balloon over the mysterious landscape of Cappadocia. While an early morning was required, the experience was well worth it!

1. The Blue Mosque in Istanbul

It was a cold and windy day in Istanbul but the magnificent Blue Mosque did not fail to impress, with its six minarets and the fantastic blue tiles adorning the walls of the interior. 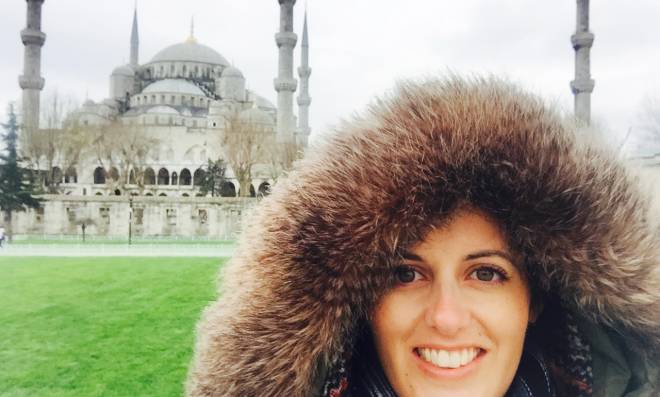 We spent a very moving day at the Gallipoli peninsula, with the sun shining bright over the calm and peaceful beachside graves at ANZAC cove. 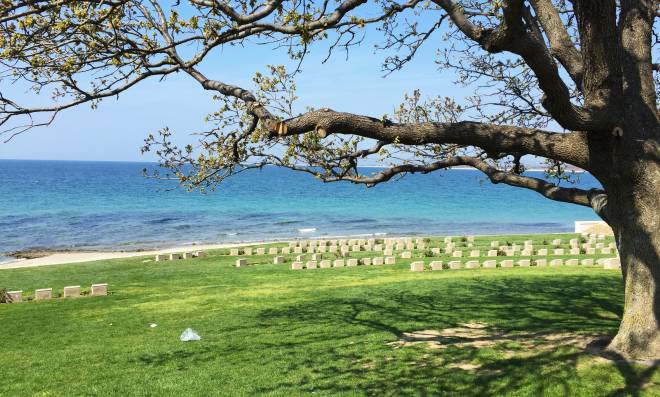 It's a long way down and once you're down there the only way is back up! The amazing Pergamum amphitheatre offered such stunning views! 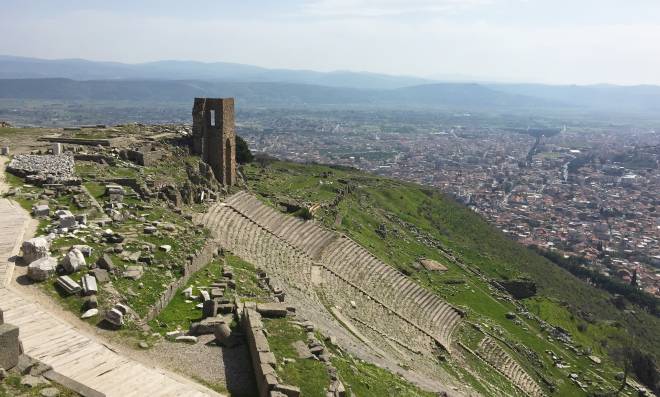 I had been told how good apple tea was, but seriously, it was amazing! Oh and the Turkish pita, another tasty favourite right there. 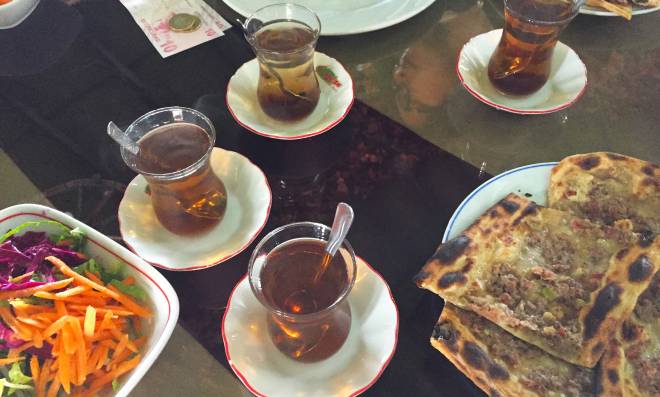 5. Library of Celcus in Ephesus

We were lucky enough to have the magnificent Library of Celcus in the ancient Roman city of Ephesus all to ourselves with no one else around! 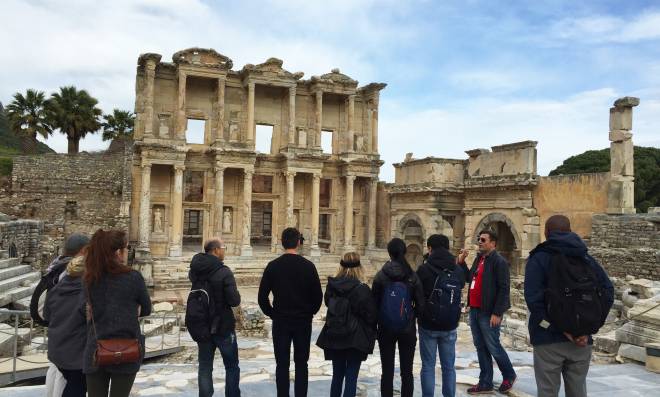 Known locally as the cotton castles, here's a snap of the group enjoying the thermal pools cascading over the calcium terraces of Pamukkale. 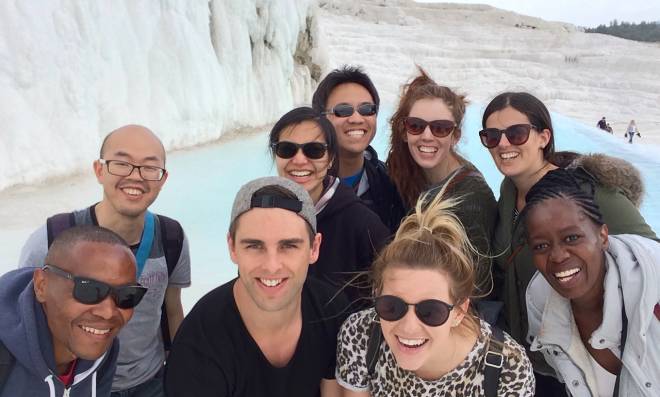 A hot air balloon ride over this magical landscape is highly recommended! The four of us in this basket were smiling ear to ear - and its not hard to see why. 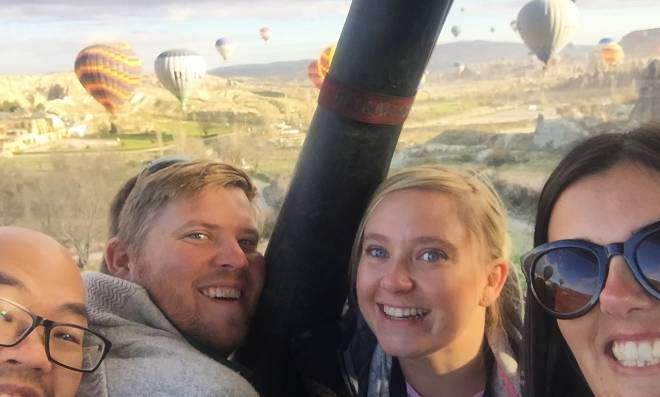 Incredible view over the mysterious landscape of Cappadocia with the colourful balloons floating above. This was definitely my highlight, it was out of this world! 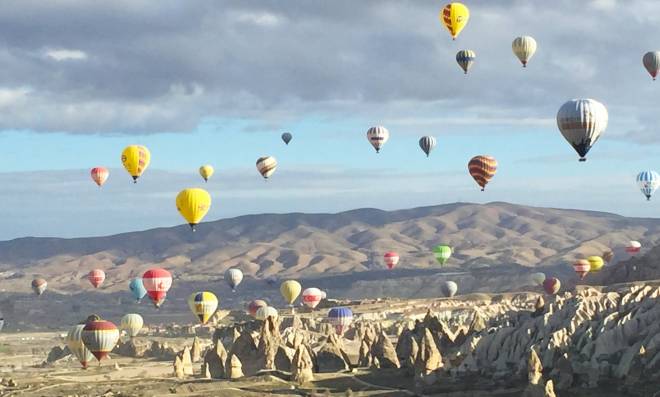 After our hot air balloon ride some of the group wandered amongst the suspicious looking fairy chimneys in Cappadocia's so called 'Love Valley'. 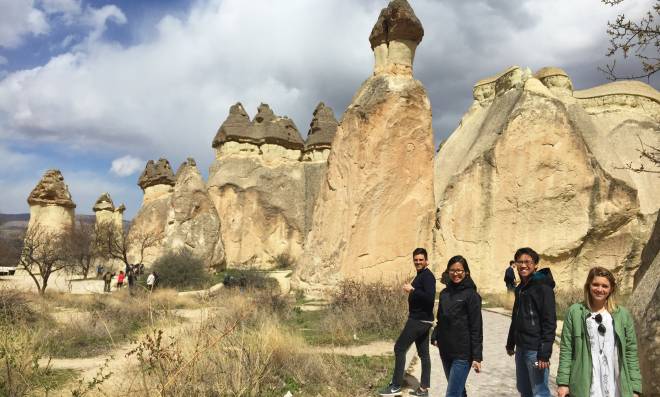 10. Cruise on the Bosphorus River

Istanbul straddles two continents, Europe and Asia across the Bosphorus Strait. A cruise is a great way to see both sides of the city and you might even be lucky enough to see a pod of dolphins. 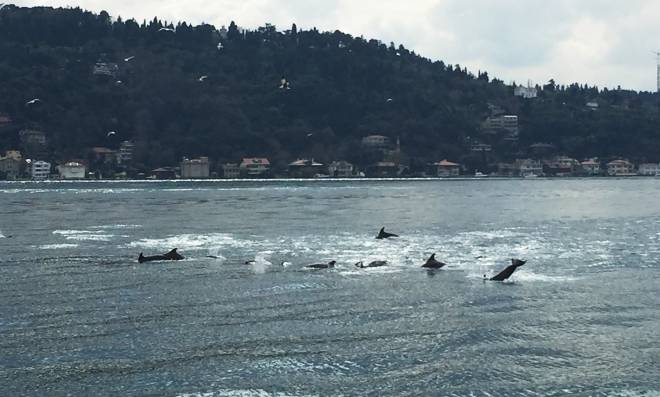