Blessed with year-round sunshine and ancient mystery, Central America is a rewarding holiday destination that will captivate and amaze you on a daily basis, especially with its natural wonders. While many people associate Central America with crumbling ruins, colonial towns, and tacos, what really stands out about this stretch of land is its wealth of natural beauty. From tumbling waterfalls to colossal volcanoes to dense jungles, the diverse landscape of Central America makes for some truly stunning scenery and plenty of opportunities for adventure. Here are 10 of the best natural wonders in Central America.

Stretching out over more than 100 sq km, the mystical Cloud Forest is one of Costa Rica's many areas of unadulterated natural beauty. Thick, white fog hovers over the canopy, which is filled with wildlife that call this forest home. The best way to explore the Cloud Forest is by taking a leisurely stroll along the suspension bridges that run between the trees. There is no feeling equal to glancing out over the tops of the forest and breathing in the fresh, clean air, completely removed from modern day technology. 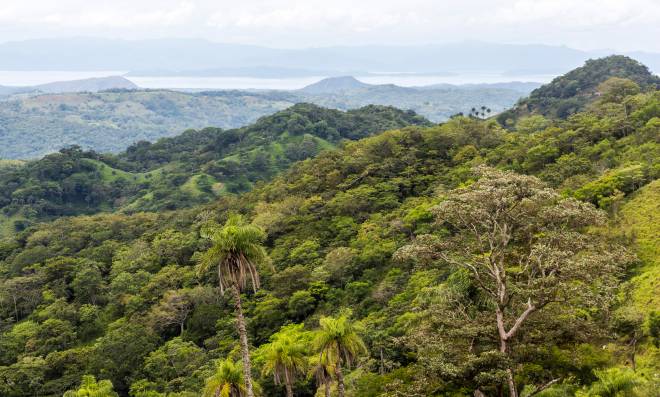 With the combination of pristine beaches and vivid green jungle landscape fringing the sand, Manuel Antonio is a natural masterpiece. Costa Rica is well known across the planet for its world class national parks and it can be safely said that Manuel Antonio is the cream of the crop. There are a number of lodges within the boundaries of the park as well, which are definitely worth spending the night in order to fully immerse yourself in the raw wilderness. 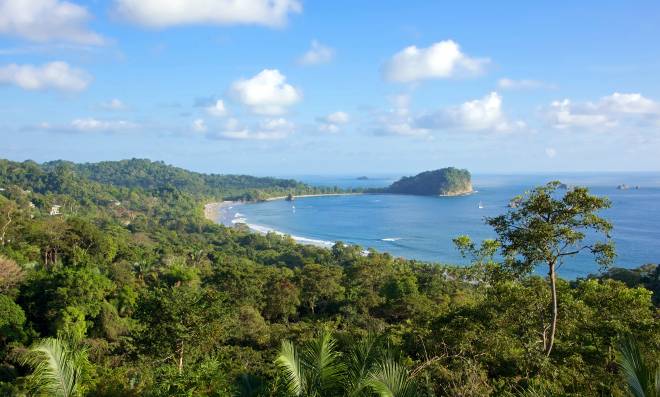 Located on the charming Isla Ometepe, the Ojo de Agua is a true haven for those who want to unwind in a tranquil setting. The perfectly clear water sparkles in the fierce midday sun but remains cool as it is constantly being topped up by the underwater spring located in the upper pool. There is no simpler pleasure than sipping a coco loco whilst dipping your toes in the lagoon. 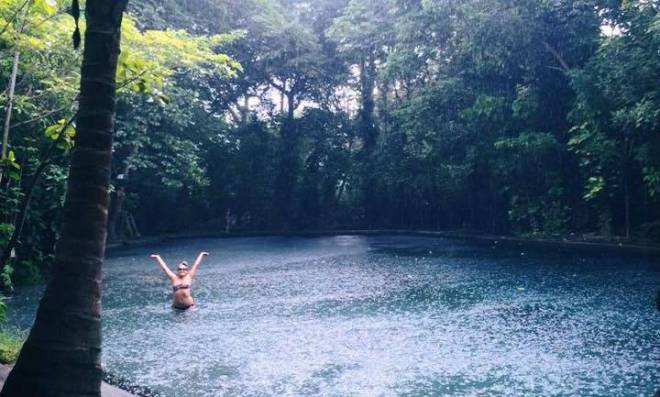 The Cerro Negro volcano is a spectacular mountain of rock and ash, the crater at the top providing the perfect viewpoint to gaze out for miles over the surrounding land. However, Cerro Negro is not just a convenient look-out point, it is also home to one of Central America’s most exhilarating sports - volcano boarding. Travellers take the hour long trek to the top, dressed in bright orange boiler suits, to then race down the side on a small toboggan. It sounds like madness and looks like it too, but it is the thrill of a lifetime and certainly not to be missed by anyone visiting this majestic volcano. 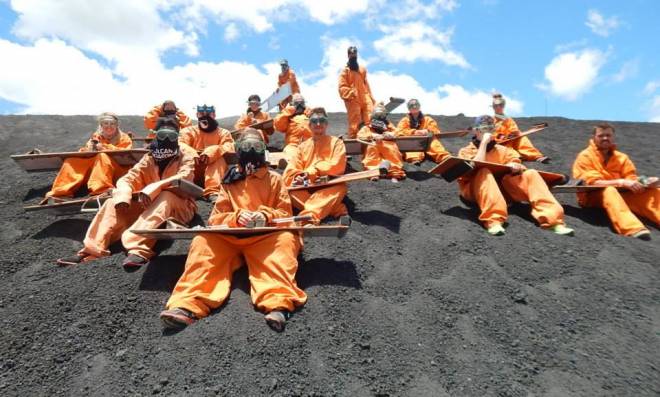 The trek up the Pacaya volcano is relatively easy and can be undertaken either on foot or on horseback with several viewpoints along the way to look down on the valley below. The best thing about this volcano, however, is not its staggering vistas or moonlike landscape. It is the fact that in certain places the volcanic rocks are still so hot that you can actually roast marshmallows over them. 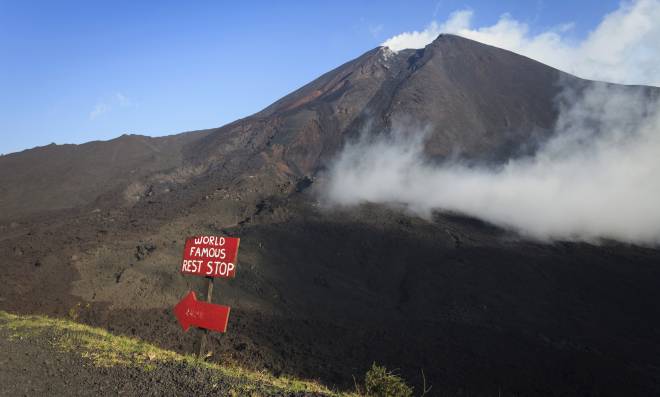 Flowing through the verdant jungle of Central Guatemala is the cool turquoise water of Semuc Champey, one of the world's most spectacular natural phenomena. This testament to Mother Nature is several tiered pools of crystal clear water flowing down into each other. In addition to the pools, there are caves to explore, a jungle to trek through, a water swing to play on and a viewpoint well worth climbing up to. 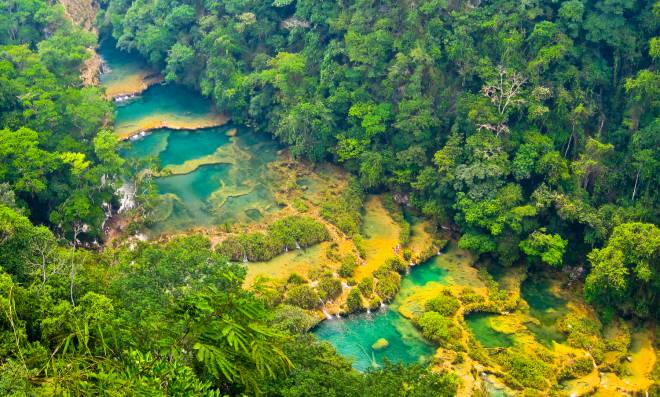 What better way to escape the strong Mexican heat than in a pool of cool water concealed in a natural sinkhole? The Gran Cenote, situated in Tulum along the east coast of Mexico’s Yucatan Peninsula, is a huge underwater cave system complete with tiny turtles and schools of tropical fish. Make sure you take a snorkel or a SCUBA kit to explore the mysterious crevices of this watery cavern. 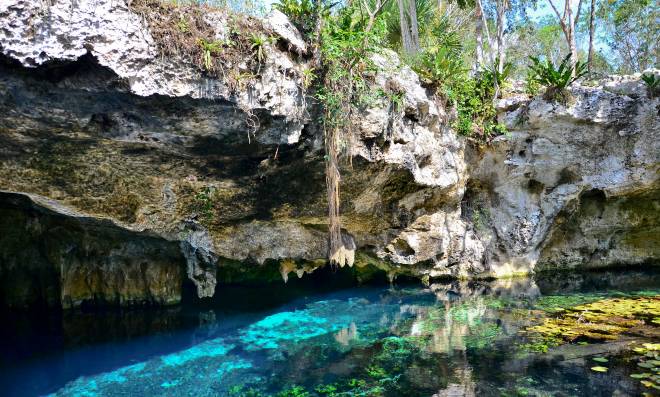 Filled with fresh water the most beautiful turquoise colour, the Bacalar Lagoon stretches out across roughly 42km and is the ideal place to try paddle boarding. Alternatively just jump in and splash about before drying off in the sun on the decking which lines the sides - the perfect place to catch up on your reading, de-stress or nap in the afternoon heat. 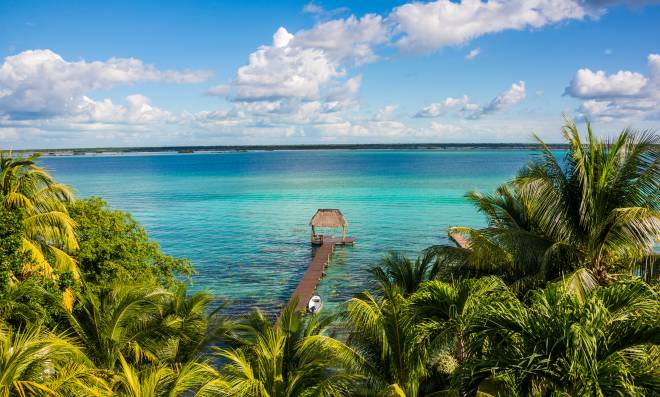 Short for Actun Tunichil Muknal, the ATM Caves that run underground near the town of San Ignacio are as eerie as they are fascinating. The Crystal Maiden, a preserved skeleton thought to be the remains of an ancient sacrifice, lies in wait as explorers hike, swim and scramble their way through the dark passages and narrow gaps that make up this cave branch. While adventuring through is no easy task, it is well worth the effort to float swim along the warm main river before diving into explore the lakes within. 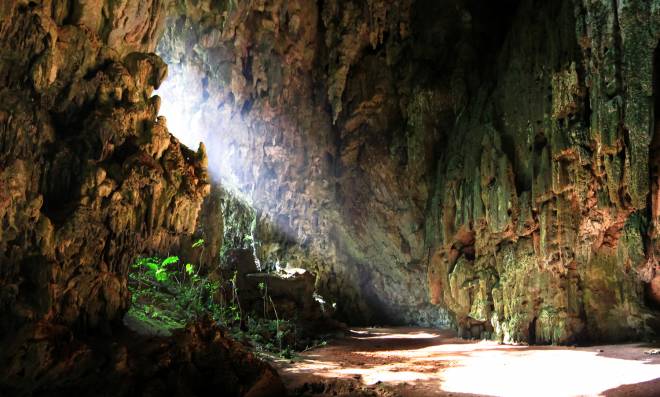 The Blue Hole, off the coast of mainland Belize and near the Ambergris Caye and Caye Caulker, is a wonder to behold. It sinks down to unfathomable depths and is filled with reef sharks and hundreds of colourful fish, making it one of the top SCUBA destinations in the world. For those not so keen on diving, the area can be enjoyed just as much with a snorkel. This is an absolute must for marine enthusiasts. 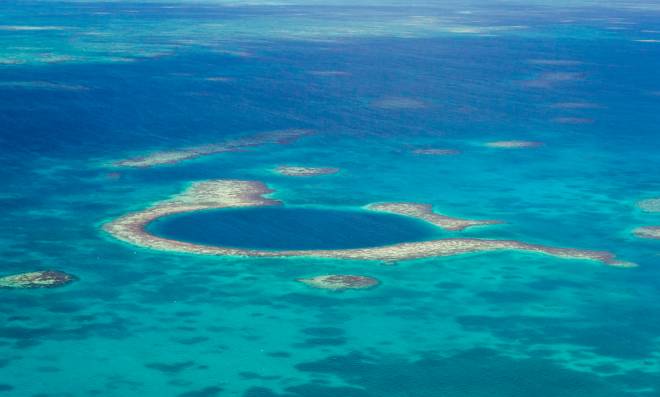