The chronicles of global exploration would have you thinking that only those with certain genitalia are worthy of mention. The names Christopher Columbus, Captain Cook and Marco Polo are etched into our consciousness. But the domain of great explorers is not limited to men. And for centuries sisters have been doing it for themselves. To mark International Women’s Day, we’ve compiled a list of the world’s 10 greatest female travellers of all time. 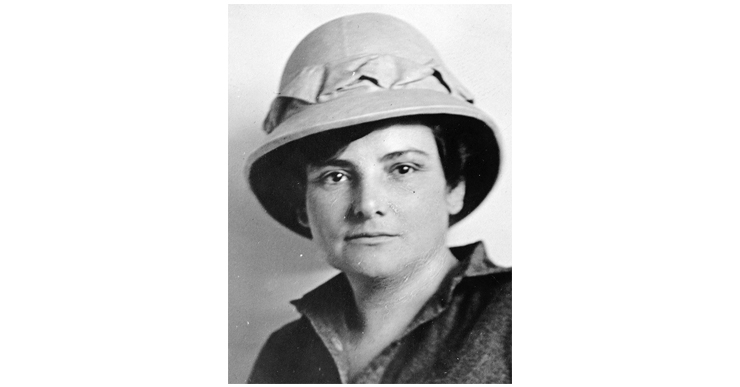 Born in 1875, Harriet Chalmers Adams was an American explorer, writer, and photographer. She logged over 100,000 miles in her lifetime, making her one of the busiest female travellers of her time. At the age of 29, she set off on her first major expedition with her husband. She visited every country in South America over the course of three years. During that time the pair traversed the Andes multiple times on horseback. Later she followed in the footsteps of Christopher Columbus and explored the Caribbean islands, crossing Haiti by horse. The New York Times credited her with reaching “twenty frontiers previously unknown to white women”.

Armed with a camera, she recorded her travels with colour photographs and made several movies. As a strong writer and charismatic speaker, she was the complete package and regularly contributed to the National Geographic Society with accounts of her adventures. She was also a celebrated lecturer and made money out of her travels, a dream still for many 21st century wandering spirits. 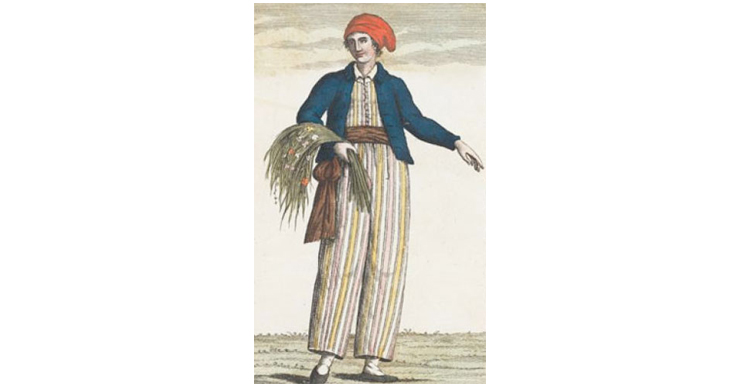 Little is known of Jeanne Baret’s childhood. But she has gone down in the history books for being the first woman to circumnavigate the globe. And she did so disguised as a man. Born in the Burgundy region of France in 1740, Baret did not set out to claim this accolade. Instead, life took her down this path. In her early twenties, she began working as a housekeeper for the naturalist Philibert Commerson. It is believed the pair enjoyed a more intimate relationship over the years and as a sickly man, Commerson relied on Baret as his own personal nurse. In 1765 Commerson was invited to join Louis Antoine de Bougainville’s round-the-world expedition. So that Baret could accompany him, she had to pass herself off as a man. At this point in time female travellers were not allowed on French navy ships.

The pair set sail in late December 1766 and completed a number of botanical expeditions during the voyage across South America and the Pacific. Rumours about Baret’s true gender circulated the ship for many months; it was not until April 1768 that these rumours were confirmed. They continued on the voyage as far as Mauritius where they chose to stay with famed botanist Pierre Poivre. It’s unlikely that Baret even knew what she had just accomplished. 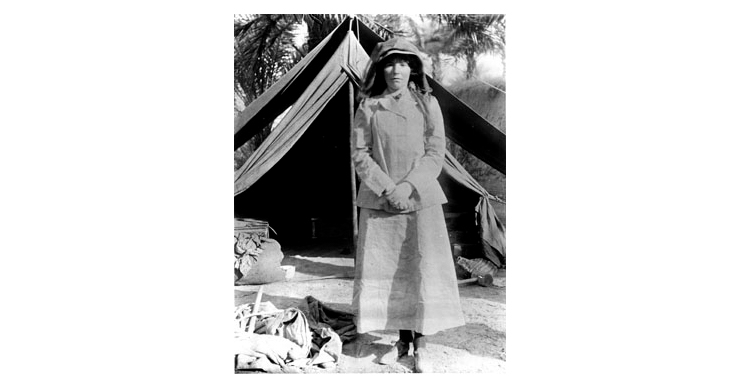 British writer, archaeologist and political officer led the sort of life that has her portrayed as the female equivalent of Lawrence of Arabia. Born into a wealthy family in 1868, Bell studied Modern History at Oxford University and spent several years travelling around the world. She later developed a passion for Arabia – its people, languages and history, and travelled extensively in Persia, Syria and Mesopotamia. Thanks to her unrivalled knowledge and firsthand experience, during World War I, she was recruited by the British Intelligence service in Cairo. This is where she met the famed T. E. Lawrence and worked beside him supporting the Hashemite dynasties.

At the end of the war, Bell was pivotal in the establishment of what is now modern-day Iraq and greatly shaped Iraqi politics. When colonial authorities wanted to install Faisal I as the ruler of Iraq, it was Bell they consulted. This level of power given to a woman was practically unheard of at the time. She remained in Baghdad where she returned to her first love, archaeology, and founded the National Museum of Iraq. Prior to the 2003 invasion, the museum housed one of the world’s greatest collections of Mesopotamian antiquities. 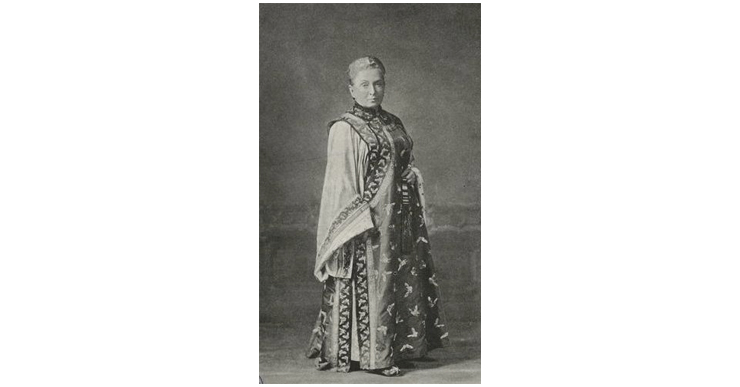 This 19th century English explorer made her name travelling the world and writing subsequent travel books. Despite ill health, she undertook sea voyages to the United States, Australia and Hawaii where she climbed mountains and rode over 800 miles on horseback. Her travels also saw her cover large parts of Asia, including China, Japan and Malaya. After the death of her sister, Bird felt her travels had lacked true meaning and purpose, and so studied medicine. At the ripe age of 60, she set off once again, this time for India where she visited missions and worked in hospitals.

Bird recorded her worldwide adventures in popular books that included Six Months in the Sandwich Islands, A Lady’s Life in the Rocky Mountains and Unbeaten Tracks in Japan. She is also lauded as a photojournalist who beautifully captured life in 19th century China. Many of her later publications featured images that she had collected during her travels. In November 1892, she became the first woman inducted into the Royal Geographical Society and continued to travel until her death in 1904. 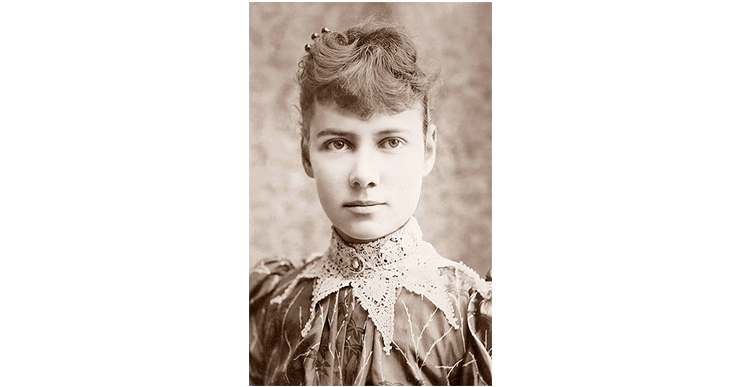 Pioneering American journalist Nellie Bly is one of the best-known female travellers. This is thanks to her record-breaking trip around the world in 72 days. Inspired by the fictional tale of Phileas Fogg, she began her 24,899-mile journey in November 1889 that took her through England, France, Egypt, the Pacific, and United States. She travelled by steamship, train, horse, rickshaw, sampan, and all manner of local vehicles to achieve this world record. Her trip was documented by the New York World where she worked as a reporter and had garnered recognition for her renowned exposé on Blackwell Island asylum.

In 1890 Bly published a book about her travel experience simply entitled Around the World in 72 Days. A few years later she met the man she would marry and retired from journalism. By now she had accomplished all she’d needed to ensure she would not be forgotten by history. 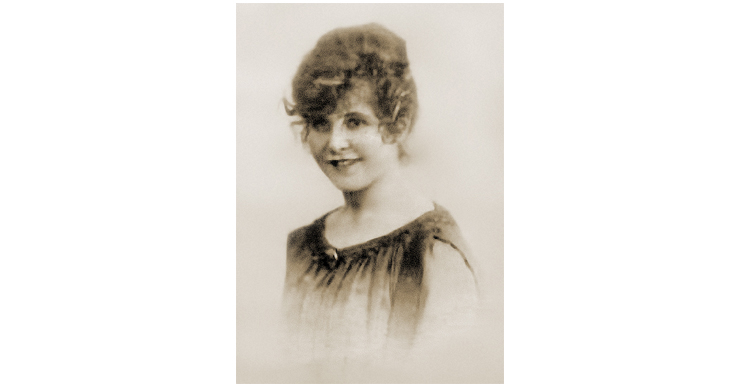 Another journalist on the list, English-born Lady Hay Drummond-Hay was the first woman to travel around the world by air. The journey was made by zeppelin, a rigid airship that was used for commercial flights in the early 20th century. Lady Hay worked for the Hearst press organisation and made her first zeppelin flight in 1928. There were five other reporters on board, all male, which made her story all the more newsworthy. A year later Hearst chose Lady Hay as their reporter to join the historic round-the-world-flight that they had co-sponsored. Once again she was the only female on the flight.

Lady Hay Drummond-Hay enjoyed a celebrated career and later worked as a foreign correspondent in China and in war zones including Ethiopia. During the Second World War she was interned in a Japanese camp in the Philippines. It is thought that this contributed to the coronary thrombosis that ultimately killed her on her return to America in 1945. 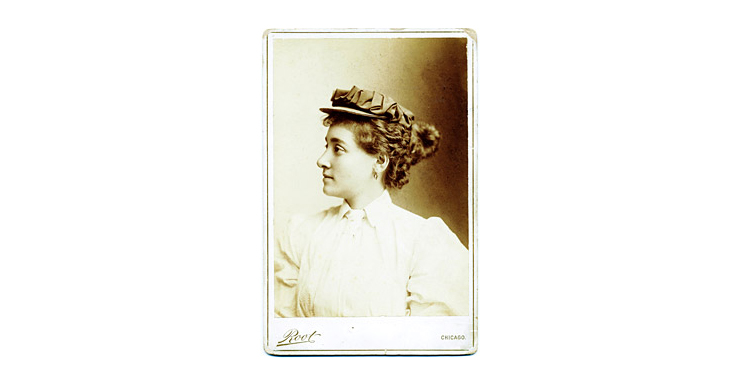 There’s more than one way to travel and for the free-thinking globetrotter Annie Londonderry, that way was on two wheels. In 1895 she became the first woman to bicycle around the world. What makes her story even more remarkable is that she’d hardly ever ridden a bike before she set off on a journey that took her across North America, Europe and Asia. She left behind her husband and three children to spend 15 months on the road. She did this in order to settle a wager between two rich Boston businessmen. Quite specifically, they wagered that no woman could cycle around the world in 15 months and earn $5,000 while doing so.

Annie Londonderry proved them wrong. She made money through advertising, attaching posters and banners to her bicycle. It’s how she came to have the surname ‘Londonderry’ – New Hampshire’s Londonderry Lithia Spring Water Company paid her $100 to go by this name. She was born Annie Cohen Kopchovsky. Plenty of doubt surrounds some of her stories but whether she undertook this journey simply for fame or wealth, Annie Londonderry certainly challenged then-held perceptions of a woman’s capability and deserves her place on our list of the greatest female travellers. 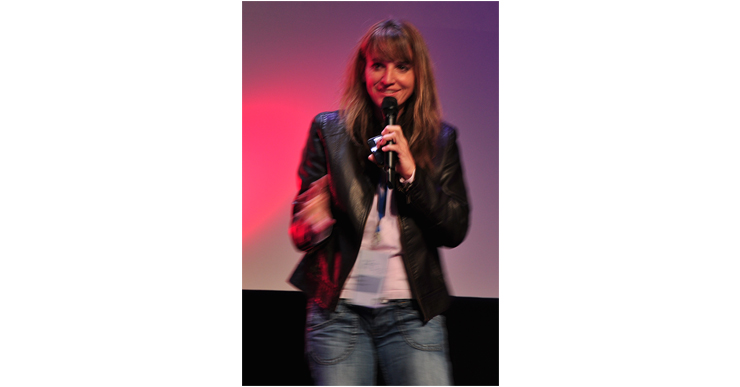 So far we’ve been rooted firmly in the past. But our next choice of the world’s greatest female travellers belongs to today. Born in 1972, the Swiss adventurer is known for her intrepid two-footed adventures. Between 2010 and 2013 she walked alone from Russia to Australia. This included walking across Siberia and continuing on a route that took her through Asia and onto Australia. Here she hiked across the Nullarbor Plain. During this time she covered 10,000 miles and came face-to-face with dangerous animals, drug smugglers and tropical diseases.

Walks of this magnitude are no mean feat and Marquis spends two years preparing for every expedition – it’s a mental and physical challenge. But for Marquis, walking is the ultimate way to connect with nature. National Geographic named her one of 2014’s Adventurers of the Year and she wrote her fourth book, Wild by Nature, in the same year. In 2015 she was invited to Geneva to present a TED talk and she has given over 300 inspirational talks around the world. 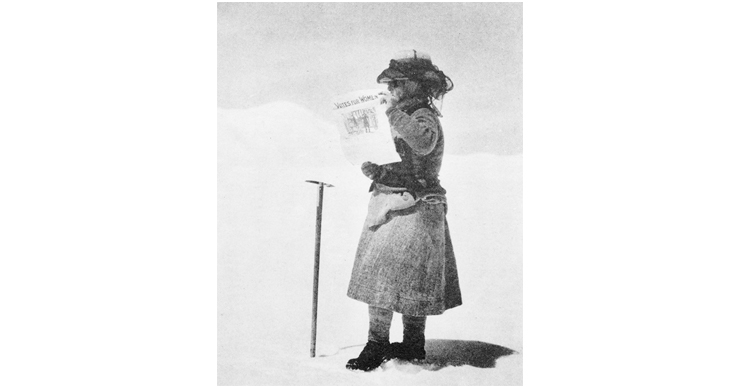 The hilarity of her name belies the serious achievements Workman accomplished in her lifetime. The American explorer was one of the first female professional mountaineers and she set several women’s altitude records. Born in 1859 to a wealthy family, Workman was well educated and used her wealth to voyage around the world with her equally wealthy husband. After his retirement they began exploring Europe by bicycle, writing books about their adventures. They ended in India and the Western Himalaya where Workman discovered a passion for high-altitude climbing.

She explored the Karakoram extensively, conquering several peaks and mapping glaciers with her team of surveyors and mountain guides. Her subsequent publications earned her the respect of the Royal Geographical Society and she was the second woman to ever give a talk there. Like many of the women on this list, Workman tore apart commonly held assumptions about women, and was a vocal supporter of women’s rights and the suffrage movement. 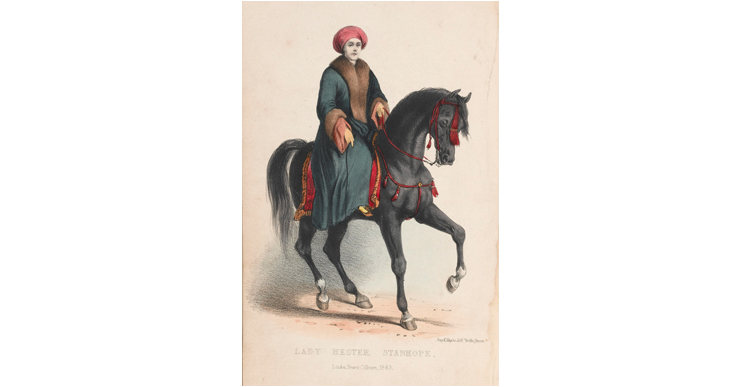 The British socialite and adventurer Lady Hestor Stanhope is credited with carrying out the first modern excavation in the history of Holy Land archaeology. Armed with a medieval Italian manuscript that claimed treasure was buried beneath ruins along the coast of modern-day Israel, she set off to excavate. Before this no other archaeologist had used a textual source to plan an excavation; this made her something of a pioneer. The historic dig did not go quite to plan. All she found was a seven-foot marble statue and not the gold she had hoped for. In an act that could be described as either sheer lunacy or utter brilliance, Lady Hestor Stanhope smashed the statue to bits and in doing so earned the trust of the local Sultan. This act proved she was there for the treasure, not to smuggle antiquities back to British museums.

Before her foray into archaeology, Lady Hestor Stanhope embarked on a trip around Europe and the Mediterranean, finding herself a toyboy lover in the process. Her travels took her further into the Ottoman Empire, including the remote ruins of Palmyra in Syria. When she lost her possessions in a shipwreck she began wearing men’s clothes. She was certainly not suited to the tight-lipped, aristocratic society into which she had been born; in fact, she was considered an eccentric by those back home. But that didn’t matter as in the desert she was a self-claimed queen.