Luxor (or Thebes for those history buffs out there) is without a doubt the best place on earth to soak up some ancient history. It was from here that Thutmose III planned his campaigns, Akhenaten first contemplated the nature of god and Ramses II set out his ambitious building program. When the Arabs arrived they named the city Luxor, meaning palace – a fitting name.

The city is a living and breathing museum of all things ancient Egypt. Around every corner and down almost every street you’ll find a weathered sphinx leading between two of the most wondrous temples from ancient times. Luxor has housed countless famous explorers and hosts the abode of Howard Carter who by chance solidified his name in history when he stumbled upon one of the most famous tombs in the world, that of King Tutankhamun.

After returning from his recent trip to Egypt, our very own Sam Webster-Bell shares his top highlights of Luxor. 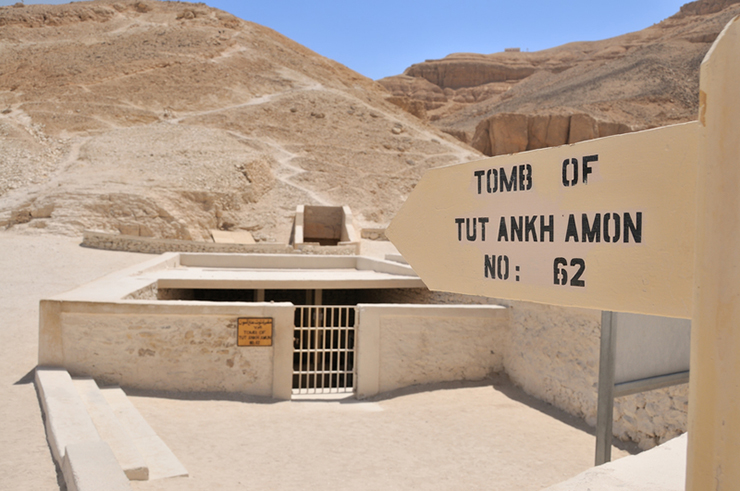 Valley of the Kings

The Valley of the Kings holds the burial site of King Tutankhamun, perhaps ancient Egypt’s best known pharaoh. Over 60 different tombs are scatted across the important archaeological site and they have revealed much about ancient Egyptian funerary rituals. Photography is prohibited in all the tombs to preserve the grandeur of the interior designs and their colours.

The Pyramids of Giza were the choice of tomb for pharaohs in the Old Kingdom. However, in the New Kingdom the pharaohs decided to house their tombs deep within a rock face, mainly to hide them from tomb robbers. Despite this, nearly all of the Valley’s tombs were robbed before the turn of the 20th Century. All apart from Tutankhamun’s tomb, which was found completely intact. You can still see his mummy within the tomb. Try not to fall foul of the Tutankhamun curse when you visit. 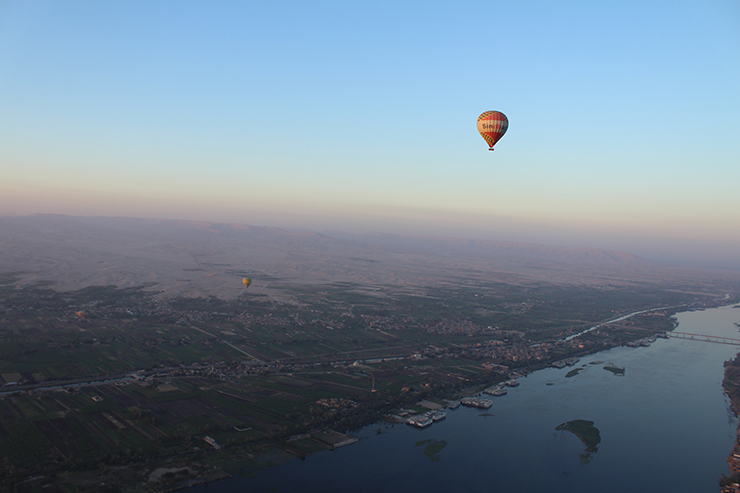 Observe Luxor from a bird’s eye perspective with a magical hot air balloon ride. It requires an early start but it’s definitely worth it. Under the darkness of 5am, watch the pilot filling his balloon with air before jumping in the basket. Within just a few minutes you’ll be floating and then flying. Admire the sky as it becomes tinged with pink and before long the sun will bask the whole valley in light. You can see how the landscape quickly changes from river to delta to desert. And in the distance ancient temples sit on the horizon. 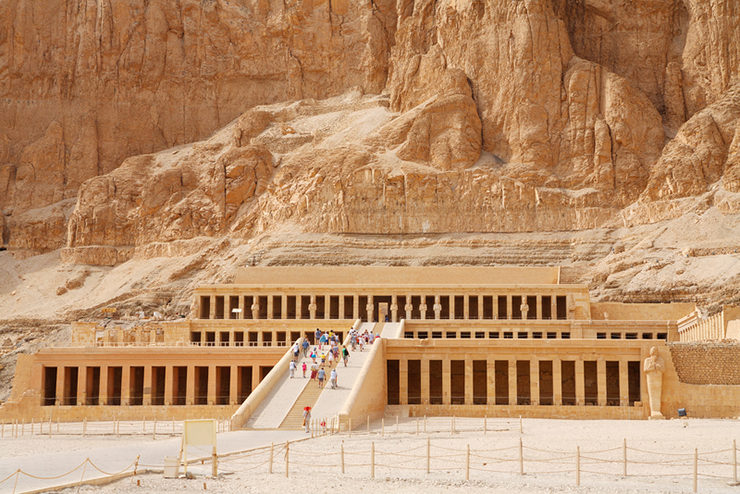 Overlooking the ancient city of Thebes (now Luxor), the Temple of Queen Hatshepsut is a memorial temple marking the entrance to the Valley of the Kings. The queen wanted to impress upon the Egyptian people her standing as a great leader and pharaoh. She did this by building many statues of herself with a false beard symbolising that she had all the power of a male. The temple was desecrated by Thutmose III and Akhenaten following Hatshepsut’s death. However, you can still see that the statues depict a female likeness despite being dressed as a male. 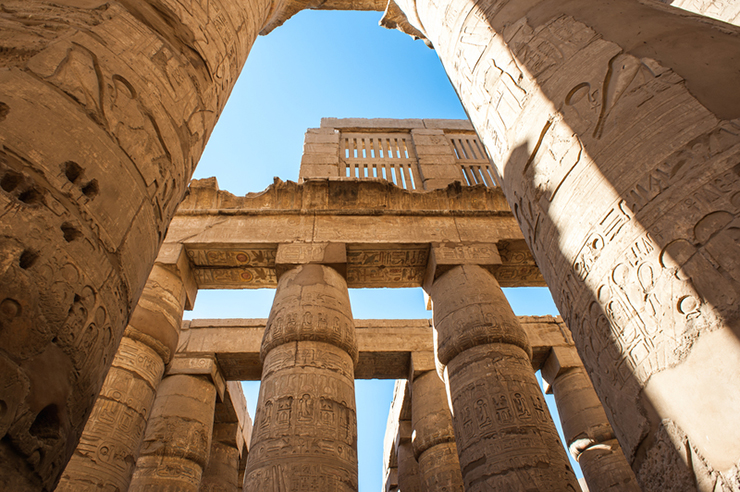 Most people think that their favourite monuments in Egypt will be the Pyramids, Abu Simbel or perhaps Queen Hatshepsut’s temple. But for me the absolute winner was the colossal Karnak Temple complex. Construction of this complex started during the Middle Kingdom under the reign of Senusret I. The temple is dedicated to the Theban triad of Amun, Mut & Khonsu.

To give you an idea of its size, the Great Temple at the heart of Karnak is so big that St Peter’s, Milan and Notre Dame cathedrals would fit within its walls. Try walking amongst its columns in absolute silence, simply looking up and enjoying the still intact artwork (you may even hear some ghosts). 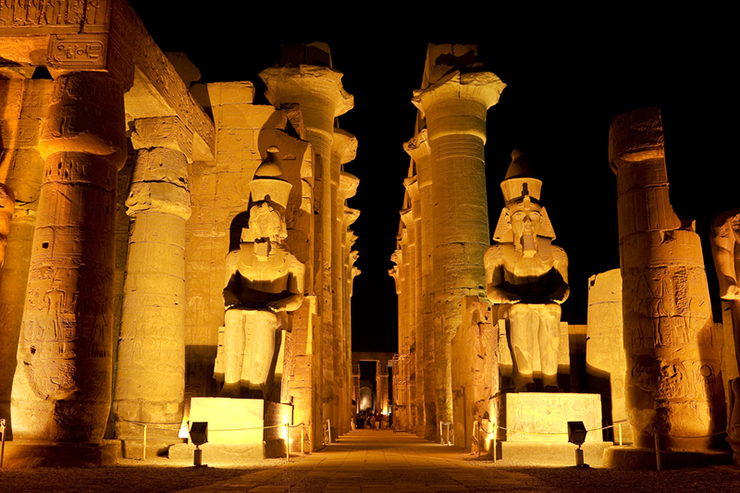 In Egypt, you can expect lots of visits to temples, tombs and ruins. So why not mix it up a bit and experience the glory of an ancient monument by night? Luxor temple is lit up nightly to display its splendour and grace. You can wander through the temple without the heat of the midday sun. Plus it makes for great photo opportunities.

The temple dates from around 1392 BC. It was built by Amenhotep III and then added to by several pharaohs, including Ramses II who connected it with Karnak Temple with a row of sphinxes. It has been used as a continuous place of worship right up to the present day. The early Christians converted one of the halls into a church. For a thousand years it was buried beneath the streets and houses of Luxor, including a mosque, which is still standing.

If you would like to experience the highlights of Luxor for yourself, check out our full range of Egypt tours.