You’ve probably heard of the Serengeti and its endless plains that play host to an impressive range of wildlife. It’s also likely that you’ve heard of the UNESCO-listed Ngorongoro Crater, the remnants of an ancient collapsed volcano that now offers amazing game viewing opportunities. And then there’s the beautiful island of Zanzibar that any beach bum worth their sea salt should know about. These destinations are Tanzania’s highlights for a reason but if you’re looking for somewhere a little less visited then get off the beaten track in Tanzania with these top recommendations. 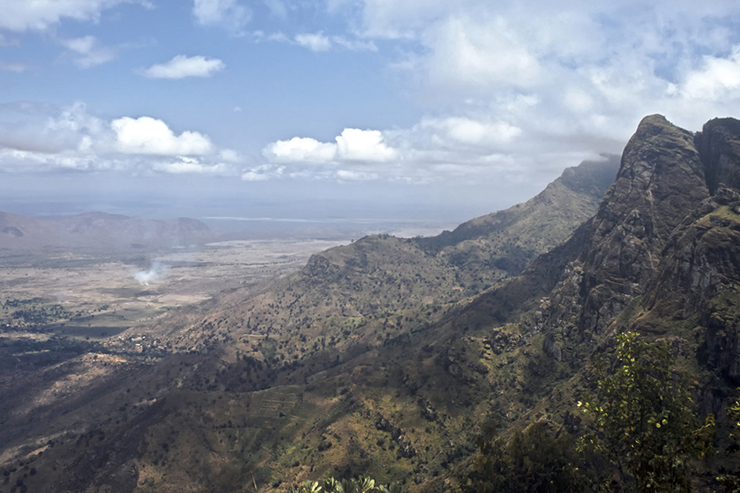 Kilimanjaro may be Tanzania’s most famous mountain but it certainly isn’t the country’s only one. Southeast of Kili are the Usambara mountains, two rugged ranges that are carpeted in virgin tropical forest, teeming with bird life. The terrain offers some of the best hiking opportunities in Tanzania with dramatic vistas to enjoy and picturesque rural villages to visit. You can spend days trekking from one village to the next, meeting the local Sambaa, Kilindi, Zigua and Mbugu tribes.

The East Usambara are the most accessible of the two mountain ranges. The few visitors that do make it out this way head straight for the Amani Nature Reserve, a protected stretch of primeval forest that is deemed Africa’s largest botanical garden. It’s a biodiversity hot spot with various species of flowering plants, towering trees, insects and birds.

Where to stay: Swiss Farm Cottage which is situated in an idyllic setting on the foot of the forested Mount Mhandes. It’s a great choice for families with two-bedroom chalets, a children’s playground and bike hire available.

When to go: The best time to visit the Usambara Mountains and the Amani Nature Reserve is during Tanzania’s cool, dry season between May and October. The altitude of the region means it experiences more rainfall than the surrounding lowlands. It’s always sensible to take waterproofs with you. 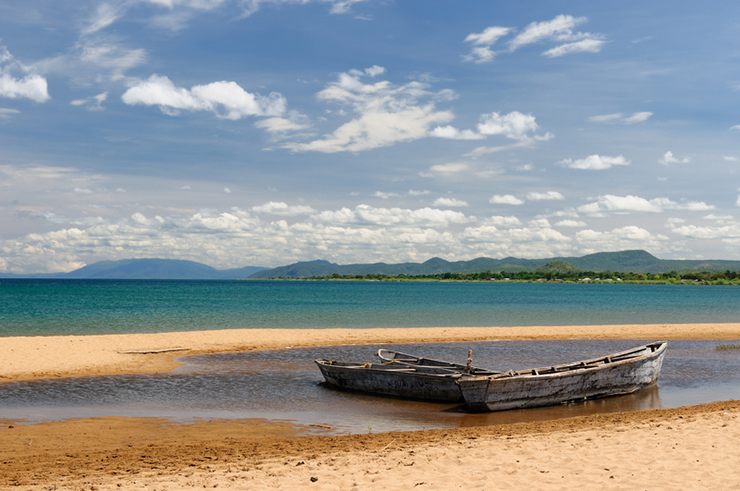 In the far west of Tanzania sits Lake Tanganyika – the world’s longest freshwater lake and one of the oldest. It marks Tanzania’s border with the neighbouring Democratic Republic of Congo. Consequently, there lies semi-arid woodland on one side of the lake and lush forests on the other. And along the shoreline there are many attractive sandy beaches.

There are lots of activities to enjoy around Lake Tanganyika including kayaking, snorkelling and fishing. As it’s home to a remarkably diverse local wildlife, the lake is also a good place to go animal spotting. You can expect to see crocodiles, hippos, otters, fish eagles, cormorants, pelicans and kingfishers, to name just a few.

Where to stay: Lake Shore Lodge where you can stay in luxury beach chalets on the water’s edge. Alongside the usual activities, the team here can also arrange a week-long Dhow excursion to the Mahale mountains where you can visit the resident chimps.

When to go: Between June and September when the weather is dry and temperatures cooler. There’s less wind disturbing the surface of the lake and the mountain chimpanzees hang around the lower slopes, which means easier access. 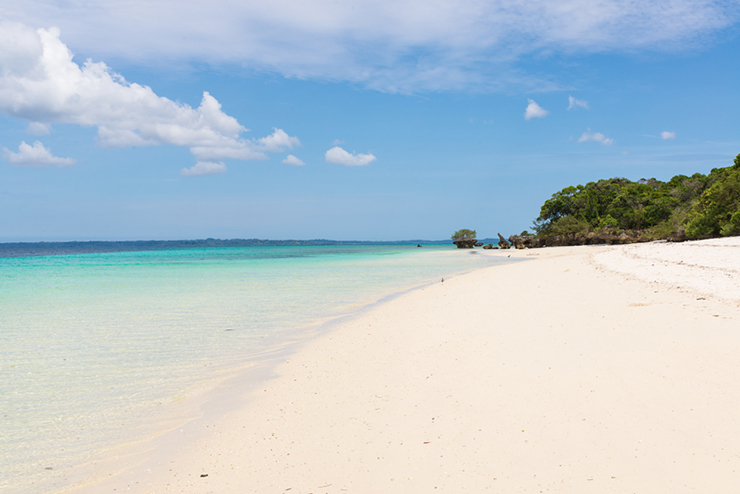 Most beach bums head straight for the island of Zanzibar in Tanzania. But that’s definitely not your only option. If you prefer picture-perfect white sand beaches minus the peddlers and their sales pitches, Pemba Island is the place for you. The island lies in the same archipelago as Zanzibar with just 50km of water separating the two. Yet the two islands could not be more different.

Firstly, Pemba is a lush and hilly island that is often referred to as the ’emerald island’. Secondly, Pemba has largely been ignored by the tourist industry and it’s delightfully undeveloped. There’s some of the best snorkelling and diving to be found in East Africa with stunning coral reefs and abundant fish species.

Where to stay: Manta Resort where (if you’ve got the funds) you can stay in the exclusive underwater room. For those on more of a budget, the standard garden rooms are still a lovely place to unwind beside the beach with four poster beds and private veranda.

When to go: For perfect beach weather, visit Pemba Island during the cool, dry season of July to October. If you don’t mind humidity then January and February are also dry and therefore a popular time to visit. 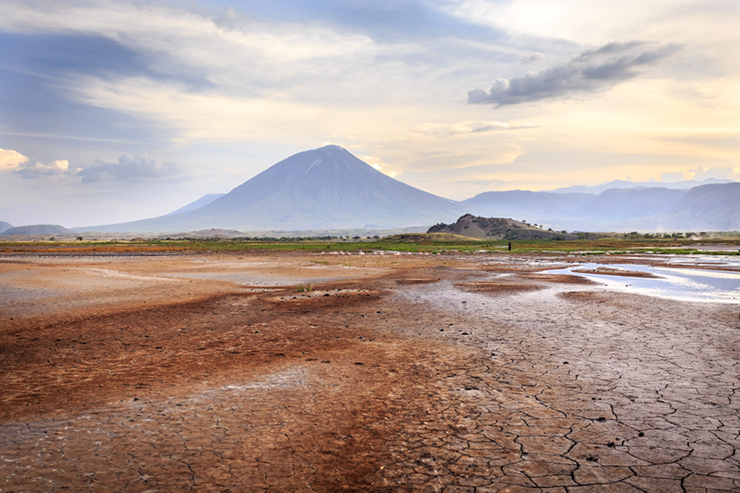 Kenya generally holds first place when it comes to flamingo-loving lakes. But close to the border is Lake Natron, Tanzania’s answer to the more widely known Lake Nakuru. This shallow soda lake is a paradise for flamingos thanks to the water’s high mineral content. Algae love salt and flamingos love algae. So much so that Lake Natron has become one of the world’s most important flamingo breeding grounds.

Not only is Lake Natron a top spot for bird watchers, it’s highly appealing for trekkers and photographers. East Africa’s only active volcano looms large over the lake. It’s possible to climb to the top in a day. Or if you prefer more of a challenge, follow the Crater Highlands week-long trek from Ngorongoro to Lake Empakai and onto Natron.

Where to stay: Lake Natron Camp where you can stay in luxury tents on the edge of the lake. It’s a superb choice for keen hikers with full day excursions available to nearby waterfalls and gorges.

When to go: This depends on what brings you to Lake Natron. If it’s the hiking opportunities then visit in the dry season (January to March and June to September). If it’s the flamingos then come during the breeding season – eggs are laid in September/October with hatching done by December.

Many of Africa’s prime attractions are national parks. For Tanzania, there’s the Serengeti and Ngorongoro to name just two. However, there’s also a huge choice of private concessions. And although many holidaymakers are unaware of this, there’s quite a difference when it comes to the safari experience. Private concessions have less rigid regulations than government-managed national parks, which means off-road driving, walking and night safaris are all on the menu.

Perhaps one of the best private concessions in Tanzania is Little Chem Chem. Bordering Tarangire and close to Lake Manyara, the concession benefits from the local wildlife population found within these national parks. There’s excellent game viewing with elephants, lions, wildebeests, zebras and buffalo traversing the 16,000 ha concession. And with only two properties, the wildlife and the surroundings are reserved for just a handful of guests to enjoy.

Where to stay: Little Chem Chem – a five tented, upmarket camp that offers a unique wilderness experience away from the crowds. Enjoy safari walks, night game drives and exclusive dining experiences within the concession.

When to go: It’s all about safari so the best time to visit is in the dry season (June to October). This is when wildlife spotting is at its best as animals congregate around watering holes and can be seen through the sparse vegetation. 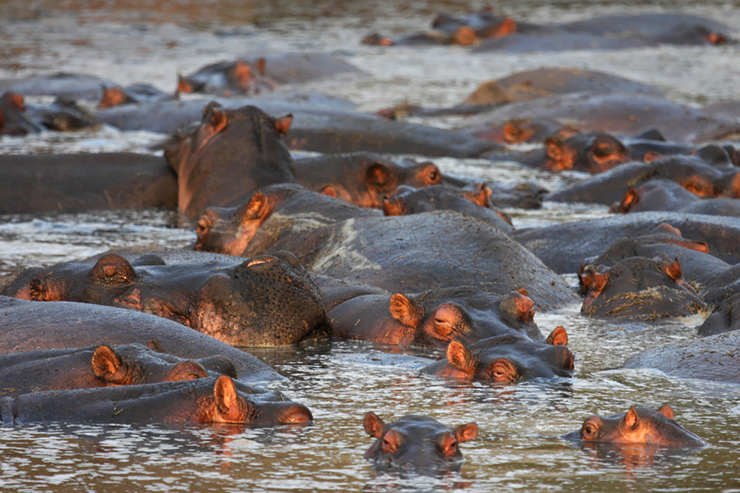 The wild and remote Katavi National Park is one of Tanzania’s unexpected gems. The 4471 sq km park encompasses grasslands, wetlands and undulated wooded terrain. And as well as delivering dramatic, untouched scenery, these landscapes are home to an extraordinary number of African wildlife. In the dry season you can expect to see several thousand buffalo, hippo and crocodile as well as smaller numbers of elephant, giraffe, zebra and lion.

Due to its remoteness, Katavi is not the cheapest or easiest option. Flying into the national park is pricey and getting here can be tough. But it’s well worth it if you truly want to get off the beaten track. Few visitors make it out this way and it’s possible you’ll see more lions than people when out on game drives.

Where to stay: Katavi Wildlife Camp where you can experience the true wilderness of the park. From your veranda you can observe stalking predators out on the plains and relax in your own private hammock.

When to go: May to October when the dry season forces the resident wildlife to congregate around the remaining water sources. This is when you’ll see staggering numbers of hippo and crocodile in the muddy-lake swamps.

If this has left you feeling inspired, contact our tailor-made team to start planning your off-the-beaten-track adventure in Tanzania.