If the news is anything to go by, we’re headed for nuclear war, there will never be peace and the planet is doomed. The newspapers and channels constantly focus on the negative, making it difficult to keep things in perspective. So let’s take our heads out of the tabloids. Avert our eyes from the TV screens. And let’s talk about happiness for a moment instead. If you want to get away from it all and find your own slice of happy, check out this selection of the world’s cheeriest destinations. 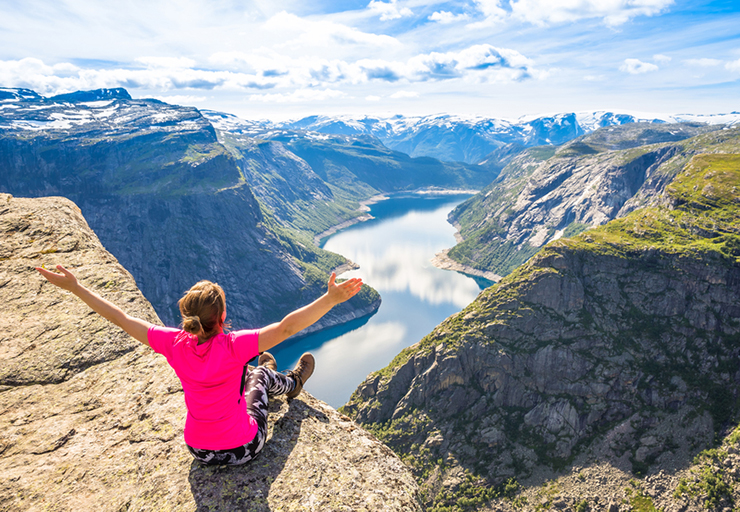 This Scandinavian country snatched first place on the 2017 World’s Happiness Report. And Norwegians have plenty to be happy about –  they enjoy a healthy income, good governance, high life expectancy and a caring society. The stunning scenery of mountains, fjords and forests can’t but help either.

In Norway, the great outdoors never far from your doorstep, whether you’re living in a big city or small town. There’s been numerous studies into the positive effect nature has on our mood and well-being so it’s little wonder Norway’s population considers itself a happy one. Enjoy some of this for yourself with a hike to the iconic Troll’s Tongue or a leisurely cruise on the fjords. 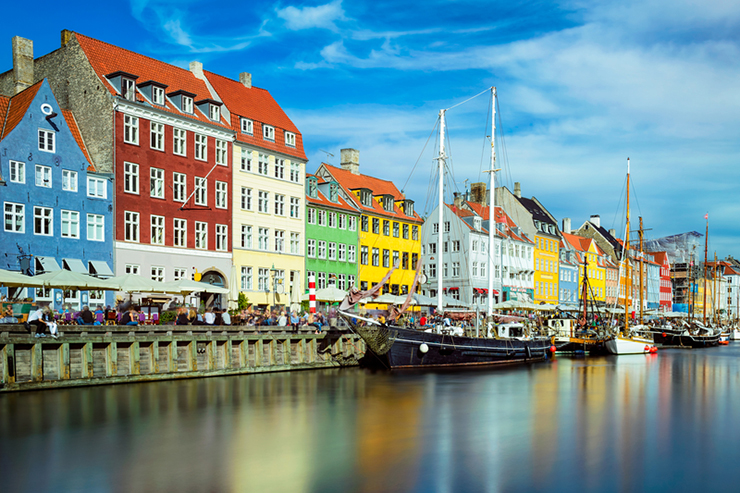 It may have lost out on first place to Norway this year, but Denmark been in the world’s top five happiest countries since 2013. And there’s research to suggest that this might have something to do with Danish genetics. Researchers at the University of Warwick have found that the closer a nation was genetically to the Danes, the happier its people were. The data also suggested that those with Danish ancestry were more likely to enjoy a positive outlook on life.

We can’t change our genetic makeup but we can hope that some of the Danes’ inherited happiness rubs off on us. Spend a weekend in Copenhagen and do as the locals do in the world’s most liveable city. Practice the art of ‘hygge’ with comforting food and cosy interior design. Or indulge your inner child and have some fun at the original Legoland theme park. 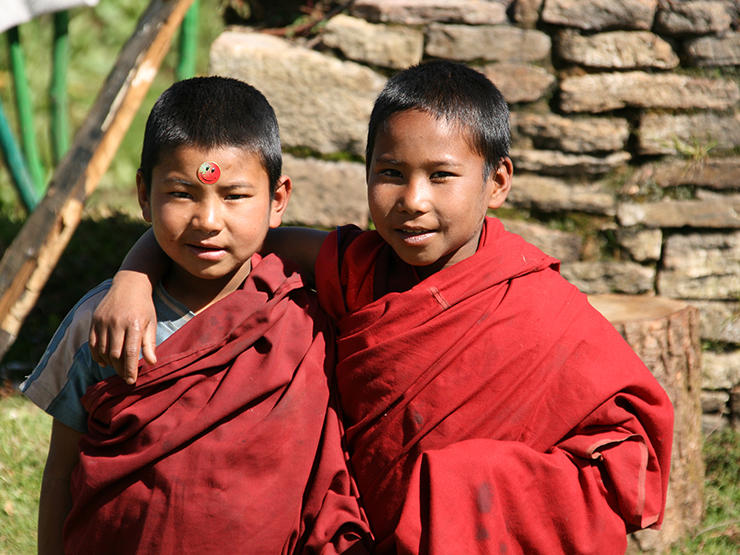 You know you’re somewhere special when the ruling king tells the world that his nation’s happiness is more important than its economy alone. In Bhutan, the prosperity of the country is measured in happiness not monetary wealth or the traditional GDP. The phrase ‘Gross National Happiness’ was coined in 1979. And since then it has inspired a more holistic approach to economic and social policy in Bhutan, encompassing psychological well-being and the health of the natural environment.

So what does this mean for travellers? Well, you can look forward to meeting friendly locals with smiles on their faces.  And, as you’d expect from a largely Buddhist country, there’s ample opportunities to find your zen, whether that be in the form of meditation, yoga or any other expression that suits you. Enjoy the quiet of ancient temples and let your worries flutter away on the breeze as the colourful prayer flags do. 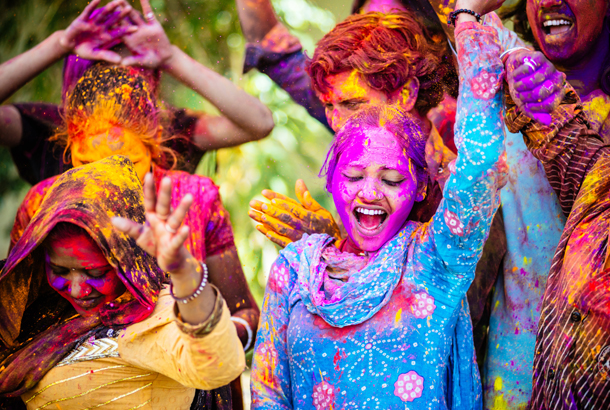 You can’t always measure happiness from data and statistics. And this entry on our list proves just that. India averages 118th place on the World’s Happiness Report but ask any seasoned traveller and they’re likely to tell you that it’s one of the most uplifting destinations on the planet. Sure, it’s not all rosy – the poverty in India will knock you sideways and many of the country’s inhabitants have a visibly tough life.

But this land of extreme contrasts invokes in visitors a sublime sense of hope and joy. Perhaps it’s the image of rainbow colours worn as saris and playfully thrown at each other during lively festivals. Or the heart-warming hospitality you receive from strangers and the free smiles you encounter in curious children. And it’s definitely the deep sense of spirituality that runs through the core of it all, whatever the religion. Quite simply, you can’t fail to be moved by India. 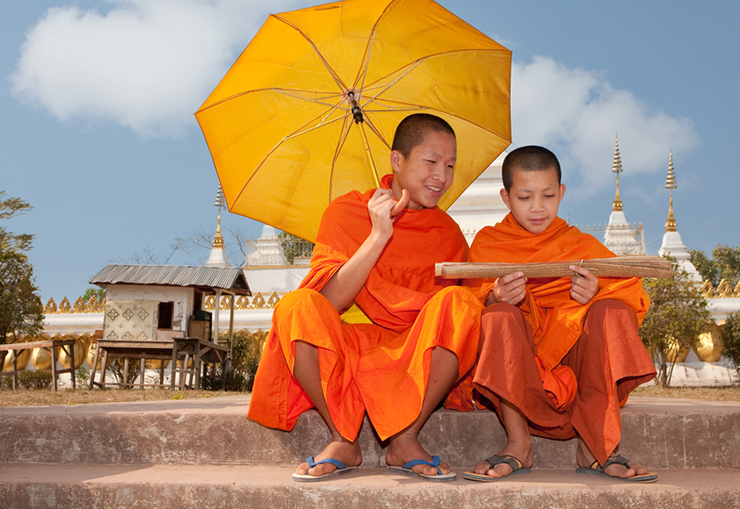 Thailand may be known as the ‘land of smiles’ but for me personally, its often overlooked neighbour Laos wins as the happiest place in Southeast Asia. Perhaps I’m getting my adjectives mixed up and confusing happiness with friendliness. For Laos is largely considered one of the friendliest places you can visit. But what is friendliness if not an open demonstration of inner happiness?

Despite still suffering from the consequences of the Vietnam War, the people of Laos always have a smile on their face. It’s clear to see they appreciate what they have and see the best in any given situation. In the cities, saffron-robed monks collecting their daily alms are a (highly photogenic) reminder of generosity and kindness. And these attributes are key ingredients in the quest for long-term contentment. 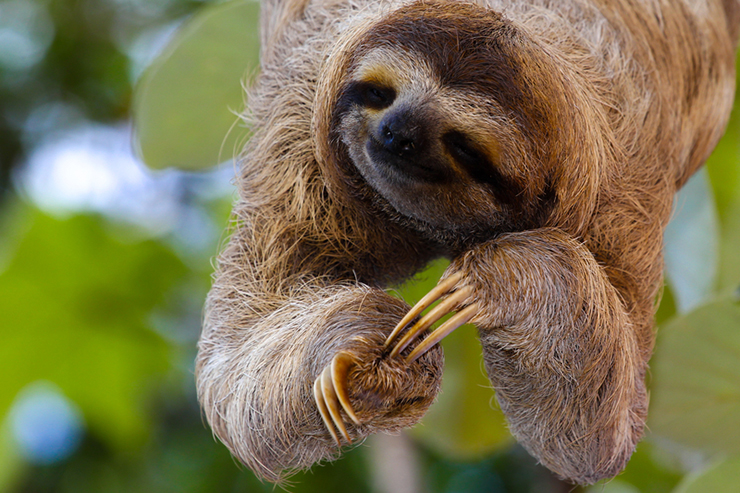 There’s more than one report on the world’s happiest countries. And Costa Rica has topped the Happy Planet Index for an enviable three years in the last decade. Why? Well, for starters the nation is among the world’s healthiest and longest-living people. They also benefit from solid investment in education and health care, and high literacy and employment rates. Plus there’s still a strong emphasis on community and strong family bonds.

All this is perhaps best summed up in the nation’s motto – ‘Pura Vida’. Its direct translation is ‘pure life’ but these are more than just words. The saying represents a way of life with no stress and no worries. It’s about staying optimistic and remaining thankful for all that you have. And in Costa Rica, that’s a lot when you also consider it’s home to the greatest density of species on the planet and a wealth of ecosystems. Thankfully, Costa Rica is a world leader in environmental protection so not only is it a happy place, it’s a green one too.

If you’re now feeling inspired for a travel adventure, here’s a word of advice. Switch your mindset before leaving home. You won’t find happiness in another country if you take with you all the negative thoughts and bleak outlooks you’ve cultivated at home. Leave it behind, along with any preconceptions you have about the world. Travel with an open mind, stay grateful, look for the positives and you’ll find that anywhere in the world can be happy. Even home. 🙂

If you’re in need of some travel happiness, have a look at our offering of tours and holidays to Norway, Bhutan, India, Laos and Costa Rica.