Skip to content
On The Go Tours Blog > Our Adventures > Chichen Itza vs. Palenque – which one’s best? (5 minute read)

The Mayans were an incredible civilisation, first appearing in 1800 B.C. before completely vanishing by the 16th century. They left behind a marvellous legacy and many ruins which have fascinated us since their discovery. One of the Seven Wonders of the World, Chichen Itza is certainly the most famous as well as the largest. But do size and fame matter most? Mexico also boasts Palenque, some of the best Mayan architecture Central America has to offer. Phil Hammond from our London office visited both on our Footsteps of the Mayans tour. He shares his thoughts on the Chichen Itza vs Palenque debate.

Chichen Itza is certainly the most photographed Mayan ruin. Many people recognise the central Kukulkan Pyramid and you would be forgiven for thinking this is just Chichen Itza itself. However the name refers to the entire Mayan city built sometime between the 9th and 12th centuries. The pyramid, also known as El Castillo, has 365 steps, one to symbolise each day of the year. Each of the pyramid’s four sides has 91 steps, the top platform being the 365th. 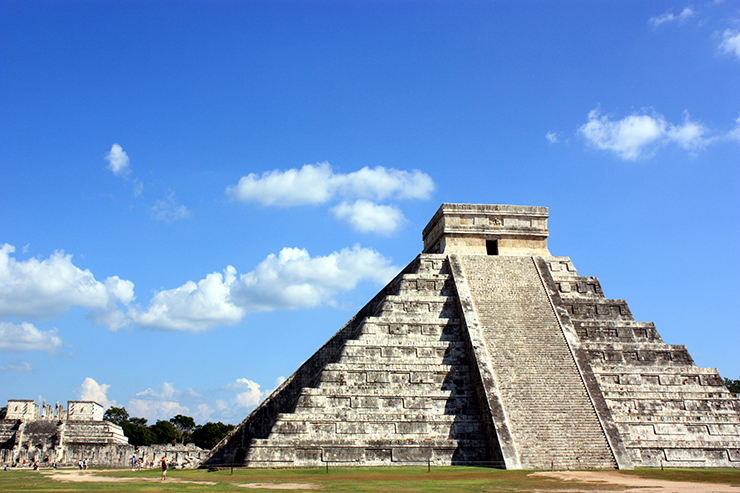 It served as a temple to Kukulkan, the feathered serpent deity who was one of the most important gods in Mesoamerica. If legend is to be believed, twice a year when day and night are in balance Kukulcan speaks to his worshippers, blessing them with a full harvest and good health. This is why on the spring and winter equinox Chichen Itza is flooded with visitors keen to see the appearance of the serpent’s shadow along the staircase.

The layout of Chichen Itza was well planned out, the designers constructing temples and pyramids in sets of clusters. Kukulkan Pyramid is part of the Great North Platform along with the Great Ball Court and the Temple of the Jaguars. 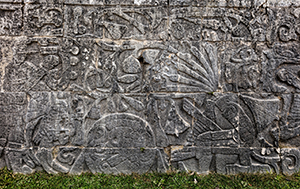 The Great Ball Court was designed to be acoustically perfect. If you speak to the northern wall, you can clearly hear what is being said at the southern wall. While mystery surrounds the games played here, it’s known they had ritual significance. With intricate carvings along the walls of the court depicting a beheaded player, it’s safe to assume some of the players paid the ultimate price when they lost. The hoops are also decorated with carvings of detailed feathers. The delicate artwork on this huge court shows the delightful combination of grandeur and intricacy found at Chichen Itza.

Further south in Mexico, a six hour drive from Chichen Itza, is Palenque. During the 7th century, Palenque was a flourishing Mayan city. The UNESCO site contains some of the finest sculpture and carvings the Mayans ever produced. The craftsmanship of the buildings, both elegant and practical, shows the creative genius of this civilisation. Especially when you consider how everything was built without the use or aid of metal tools, wheels or pack animals. 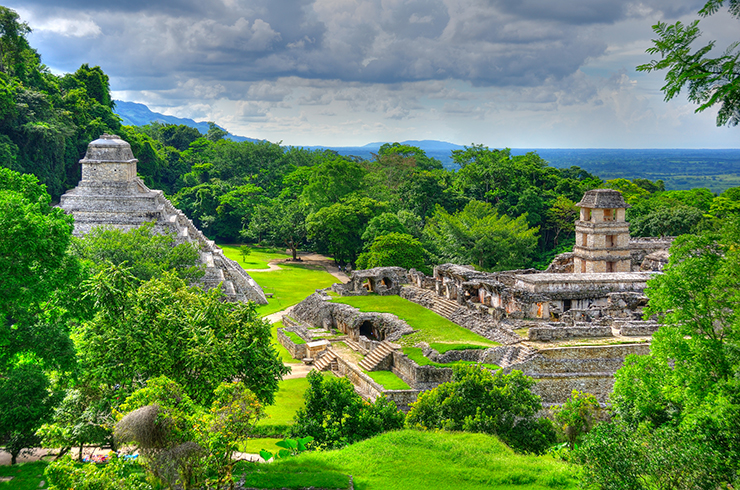 Palenque was constructed at the exact point where the hills rise out of the Gulf coast. Dense jungle covers the hills making a picturesque backdrop to Palenque’s magnificent architecture. 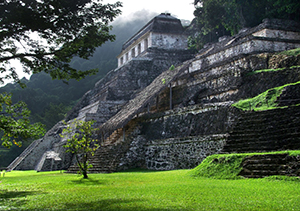 Whereas Chichen Itza is instantly recognisable by the pyramid, Palenque has several large temples and palaces. Once you enter the central complex, your eyes are instantly drawn to the large Temple of Inscriptions. This pyramid holds the tomb for what is believed to be the remains of Hanah-Pakal, a 7th century ruler priest, and some incredibly impressive Mayan hieroglyph inscriptions. The other show-stopping section is the Palace, a complex of courtyards separated by long rooms and corridors which served as a ritual and residential area for Palenque’s rulers.

Differences between the two

The biggest difference between the two sights is definitely the setting. Whilst both were covered by jungle for many centuries, Chichen Itza has been cleared far more significantly. There are wide open spaces, especially around the Kukulkan Pyramid. This is great to house the crowds of tourists but it does mean there is also room for more vendors vying for your tourist dollar. Whilst vendors are to be expected around any well-known tourist attractions, it’s unusual to see so many so close to the main attractions.

Palenque has a much grander, atmospheric jungle setting. Although the main temple has been cleared, over 90% of the sight is still covered by jungle. As you walk around, the temples appear out of the undergrowth accompanied by the sounds of howler monkeys in the trees. It has a much more intimate feel helped by the smaller crowds of visitors. There’s a real sense of Indiana Jones about Palenque. Although there are some vendors here there is nowhere near the number of Chichen Itza.

Chichen Itza may be one of the New Seven Wonders but I’m not convinced it’s Mexico’s best Mayan city. While it’s great to tick iconic sights off the Bucket List, after my visit it has left me pondering whether Palenque is more deserving of the World Wonder title.