Halloween is celebrated around the world. While you may be familiar with the traditions of trick or treating, apple bobbing, fancy dress parties and pumpkin carving, these aren’t the only ways Halloween is observed. We take a look at the best places to celebrate Halloween. 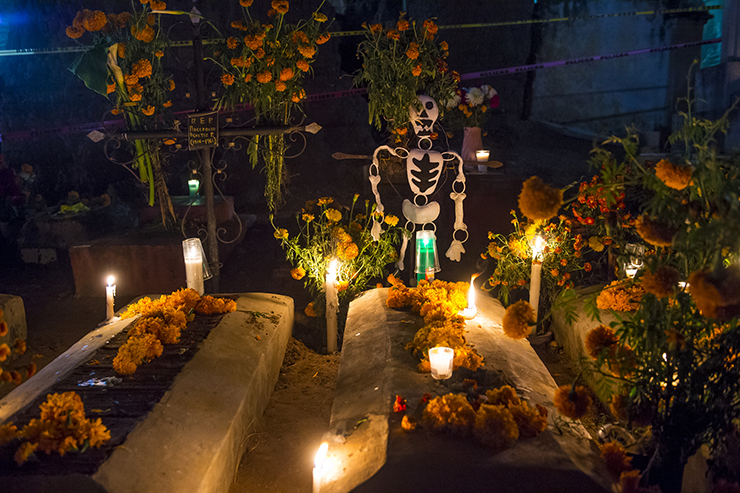 The city of Oaxcaca is taken over by Diá de los Muertos (Day of the Dead) celebrations during the first two days of November. This festival is not about ghouls, goblins and things that go bump in the night but rather about paying tribute to those who’ve passed in the last year. The traditions carried out date back over 3,000 years. The Aztecs believed that life and death coexisted and that death should be embraced rather than feared.

It’s believed on the 1st of November souls of children return to be blessed and the day after those of adults come back. Diá de los Muertos is celebrated throughout Latin America and in the USA where there are communities of Mexicans. However the celebrations in Oaxaca are some of the most spectacular.

Families decorate their relatives graves with flowers, candles and photos, creating altars called ofrenda. The festival includes a lot of food and drink with dishes of chicken mole and glasses of tequila raised in a toast to the deceased. Cemeteries come alive with people as they spend the night socialising, playing music, eating and drinking. Oaxaca is an incredible place to visit any time of year, however, the town truly comes to life when they’re celebrating the dead. 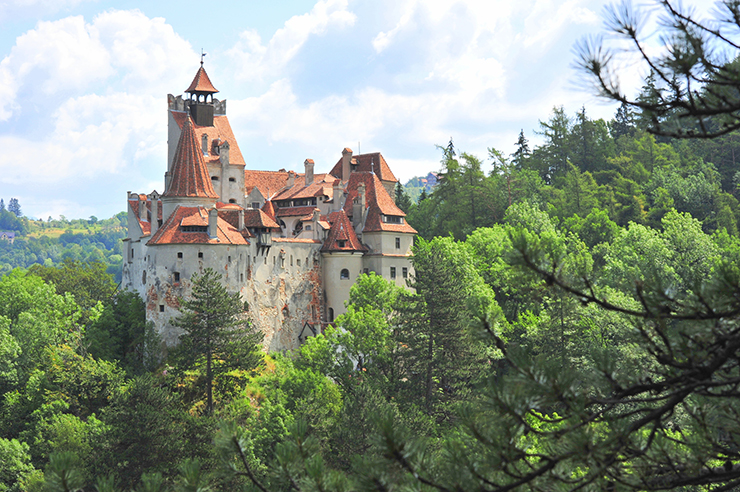 Transylvania is famous for being the location for Bram Stoker’s famous Dracula. It’s almost as if Transylvania was designed for the purpose of being the setting of a horror story. The dense dark forests, medieval castles with towering torrents and dramatic mountain peaks contribute to the spooky ambience.

A visit here feels as if you’ve stepped back in time 100 years, with horse drawn carts still seen clattering down the streets. And what better place to celebrate Halloween than in Bran’s Castle? Spend Halloween exploring this medieval fortress built in 1377 with the sounds of howling wolves in the background. 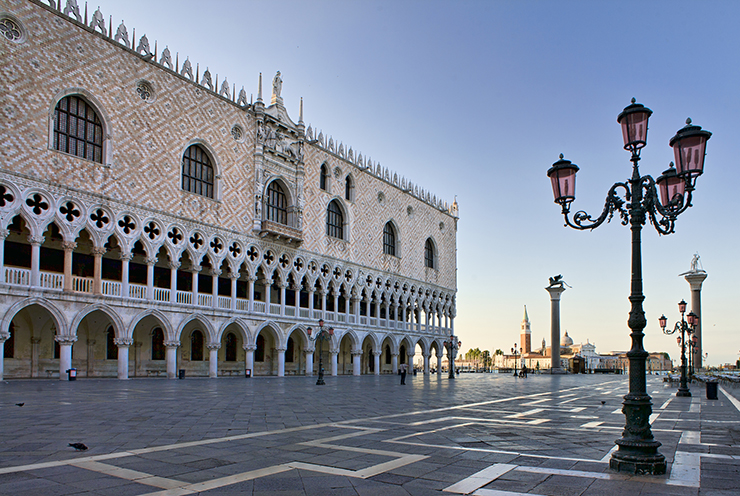 While Venice is undeniably beautiful, it also has the potential to be incredibly eerie. Once the evening fog falls across the maze of narrow alleys, the atmosphere of the city completely changes. Some of the buildings in the city have a twisted past, lending themselves to being the setting of ghost stories.

The Doge’s Palace holds secret passageways, prisons, a torture chamber and an interrogation room. Small islands in the city’s lagoon held those infected with the plague as they lived out their final days. One is even home to an abandoned insane asylum. While it may not be the first destination you think of when you envision Halloween, Venice is the perfect choice for those looking for a sophisticated one.

Halloween has turned into an out-of-control, vibrant and eccentric street party in Japan. Japan is known for it’s creative and expressive style and the 31st of October is no exception. In Tokyo there are many lively and festive celebrations, the most notable being the Kawasaki Halloween Parade. The parade takes place every last Sunday of October. It’s possible to pay an entrance fee and take part. However, if you’re feeling slightly intimidated by the standard of costume, it’s free to watch the vast array of floats and fancy dress.

People turn out in elaborate, creative and intricate costumes. They range from the comical to the gruesome, covering everything from Samsung Galaxy phones and doughnuts to tentacle covered creatures and blood-drenched zombies. Once the procession has finished, there are many parties for you to choose from to continue the party.

The events of the Salem witch trials in 1692 have left a sinister and spooky legacy. Nicknamed ‘witch city’, the town has a fascinating and tragic history. Although there are museums and memorials dedicated to the unfortunate 19 people who were accused of being witches with many of them later executed, not much remains from the time of the trails. One building that does is Jonathan Corwin’s house, who presided over many of the witchcraft examinations.

While Halloween is just one day, celebrations in Salem take place over much of October. The events range from ghost tours, trial re-enactments, psychic readings and haunted harbour cruises.

Have you experienced Halloween in any of these destinations or think we missed one of the list? Let us know in the comments section below.