Winter is a pretty divisive season. People either love it or hate it. And sometimes it’s not hard to see why you would have a slight aversion to it. Winters can be harsh, bleak and, of course, slightly chilly. However they can also be enchanting, magical and, dare we say it, fun. Here we look at the best winter experiences around the world, the ones best enjoyed with a few layers of thermals and cups of hot chocolate spruced up with a warming splash of rum. 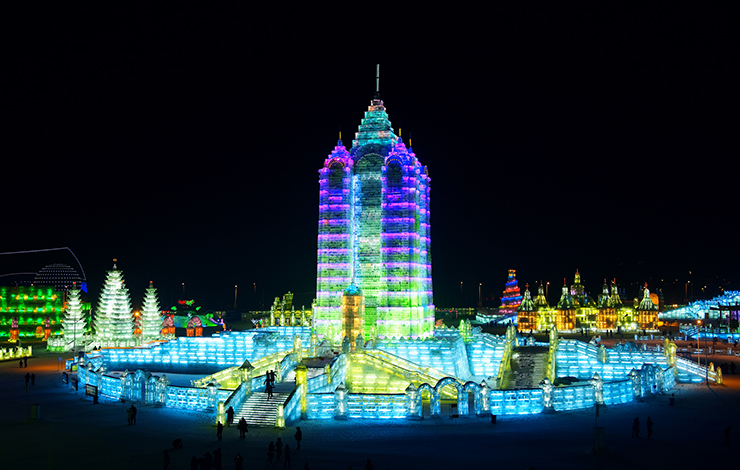 Harbin is one of China’s most northern major cities, found in the Heilongjiang province. It’s also one of the coldest, with average temperatures of -18°C in January. Therefore it’s the perfect venue for a festival of sculptures created from ice and snow. While north Asia has a few sculpting festivals making the most of the icy weather, the Harbin Ice and Snow Festival certainly takes the biscuit for the most impressive.

Now in its 33rd year, the festival covers an incredible 750,000 sq m with extraordinary creations. Giant blocks of ice are taken from the Songhua River and transformed into sculptures, inspired by all manner of things. The snow and ice is constructed into windmills, castles, pagodas, dragons, Chinese goddesses and cherubs, to name a few.

The works of art are incredibly photogenic during the day, though they really come to life at night when they’re illuminated by multicoloured LED lights. While it officially opens in January and runs through to February, people can visit in December to watch the sculptors work their magic. 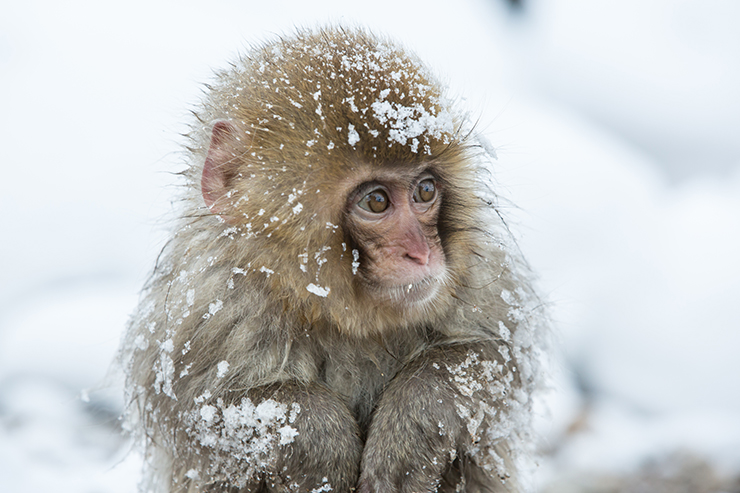 Japan is a year-round destination. However the country has some fantastic activities and sights to be enjoyed once snow has fallen. There is a wealth of interesting winter wildlife. Easily, the most adorable and endearing has to be the snow monkey, officially known as Japanese Macaque. You can watch as they practice their rituals of chilling out in the hot springs and making tiny snowballs in the Jigokudani Monkey Park in Nagano.

Another intriguing animal practice to watch in the winter is the breeding dance of the red-crowned crane. The elegant and incredibly rare birds move together in pairs, creating a beautiful and peaceful scene to watch.

If you’re looking for more of an adrenaline kick, don’t fear. The skiing in Japan is top-notch. Hosting the Winter Olympics a number of times, there are over 500 skiing resorts to choose from. And when the chill gets too much, jump into a traditional onsen. The thermal waters will warm you through whilst you’re surrounded by stunning views of snow-blanketed nature. 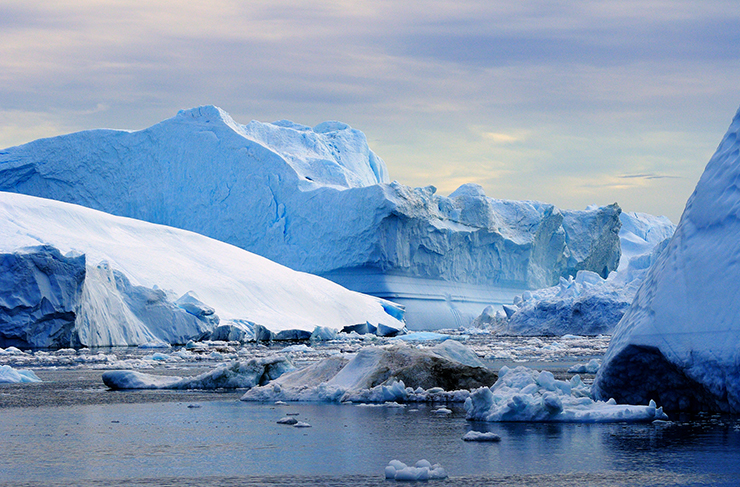 Head out on a dog-sleigh in Greenland

Greenland is an icy wonderland that, due to its remote location, few people visit. Those who do make the journey will be gifted with wild rugged beauty – magnificent mountainscapes, spectacular fjords and dramatic icebergs. The Icebergs of Sermermiut, one of the most active glaciers in Greenland, is an astonishing sight. Hike to the viewpoint where you’ll be able to see the dramatic icebergs at the mouth of the Fjords.

Greenland is the perfect venue for many outdoor winter activities. It provides one of the most authentic dog-sledging experiences. The huskies don’t follow predetermined tracks, just their animal intuition into the arctic wilderness.

If you’re looking for something a little less fast-paced, put on your snow shoes and hike the Yellow Trail into the Sermermiut Valley. During this walk you’ll be surrounded by unforgettable uninterpreted panoramic views of the valley before reaching Disko Bay. 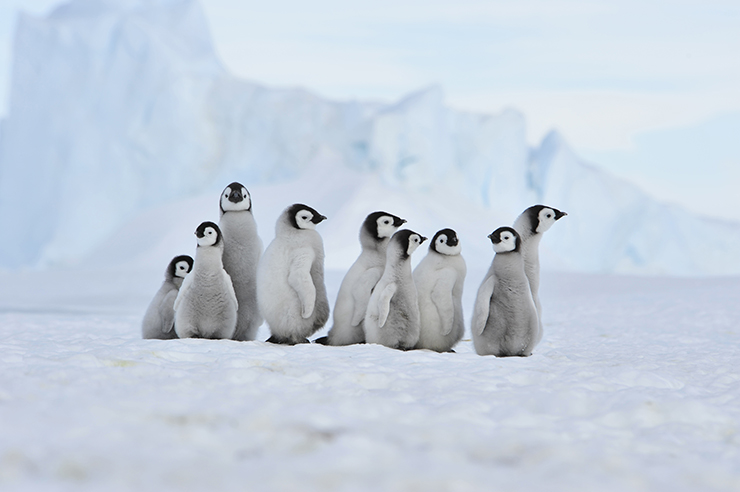 While cold temperatures work their way across the Northern Hemisphere, it’s a different story in the Southern. The likes of Australia, South Africa and Brazil enjoy their summer months with the mercury rising and the sun shining. December to February are also Antarctica’s summer months. Although you won’t be reaching for your speedos, with temperatures not reaching much higher than freezing point.

A Holy Grail destination for intrepid travellers, the end of November through to the end of March is the only time of year you can visit this final frontier. The sun rises over the horizon causing the ice to crack and expedition boats to pass through for daily landings and shore excursions.

It’s the most photogenic time of year, the average 20 hours of sunlight enhancing the vast pristine landscapes. The extraordinary, and robust, wildlife of the white continent come out to play with January bringing the appearance of penguin chicks and seal pups, and migrating whales. 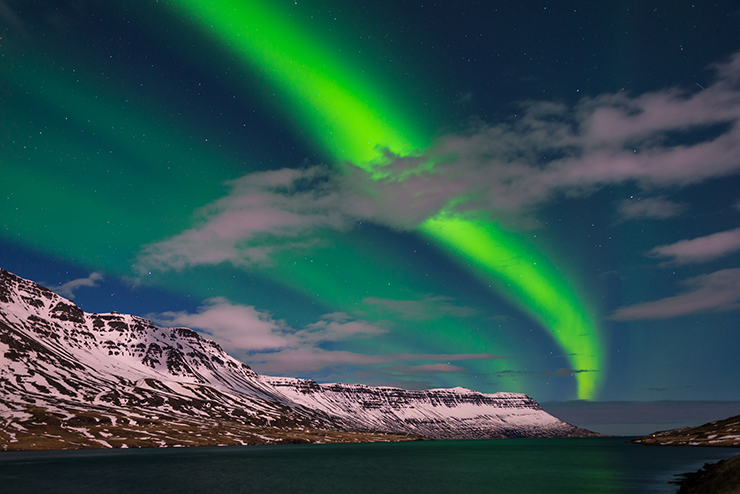 Hunt the Northern Lights in Iceland

In recent years, Iceland has become the hottest destination for winter experiences (pun very much intended). And it’s not hard to see why. The main temptation has to be awarded to the Northern Lights. The Aurora Borealis appear 170 days of the year, painting the sky with swirling ethereal colours.

To accommodate this influx of Northern Light hunters, there is a wealth of hotels that add an extra edge to watching this natural phenomenon. Examples include from the comfort of a hot tub or set against the backdrop of nearby lava fields.

Iceland is home to some of the world’s most breathtaking natural scenery. The Golden Circle is full of thundering waterfalls, exploding geysers and pristine glacier lagoons. These already magnificent landscapes are taken to the next level with a coating of snow and ice. 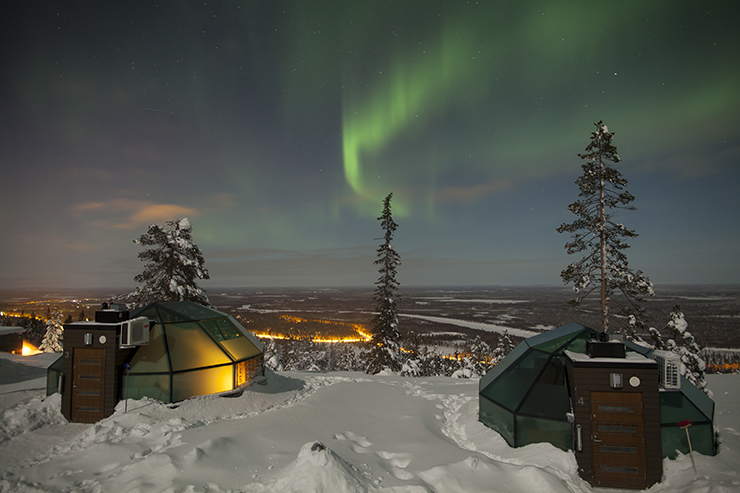 Stay in a glass igloo in Finland

Finland is a magical destination, the epitome of Yuletide cheer. Travel to Lapland, crossing the Arctic Circle, to meet the patriarch of Christmas, Santa Claus, in his home town of Rovaniemi. An experience that enchants children of all ages, the charming and picturesque Rovaniemi is full of festive activities to enjoy.

However, Finland definitely isn’t a destination just for this much-loved celebration. Head out on a reindeer-pulled sleigh on an Arctic safari in this real-life Narnia. Or visit a husky farm, learning about these incredible dogs before setting off on a husky sleigh adventure.

One of the best places to spend the night in Finland has to be in a glass igloo. Recline back on the cosy bed to survey the magnificent panoramic views of the pine trees forests around you. We understand it could be tricky to tempt you to leave the achingly hip capital of Helsinki for Europe’s deep north. However you’ll be glad you have once you’ve experienced the magic it has to offer. 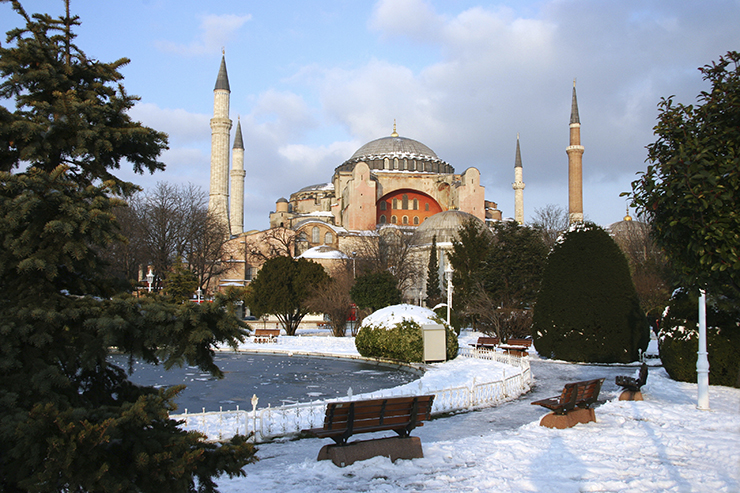 Turkey is a destination many would assume is best explored in the summer. However, the hills, boulders and rock formations of Cappadocia become even more magical and astonishing with a blanket of snow. The best way to appreciate the beauty of this whimsical landscape is from the basket of a hot air balloon.

Visit in the winter and you’ll be able to enjoy all the Turkish treasures, of ruins, Ottoman architecture and palaces, with no queues and smaller crowds. This lack of other tourists also makes for a more enjoyable time when perusing the markets of Istanbul.

A traditional Turkish bath is also a glorious way to warm up from the chill outside. The three-step process of a hamam, a sauna, steam and full body-wash, is much more welcome when it’s not hot and sticky outside. As is a hot cup of Turkish coffee and tea, pillars of the country’s culture.

Have we left your favourite winter experience off the list? Let us know in the comment section below.

2 comments on “Best Winter Experiences Around the World”