Spotting the Northern Lights is becoming one of the most popular bucket list adventures. Consequently, more travellers are visiting the Scandinavian countries and Iceland in the hope of catching a glimpse of the Aurora Borealis. This natural phenomenon is as fascinating as it is beautiful. We’ve collected ten of the most interesting facts about the Northern Lights. 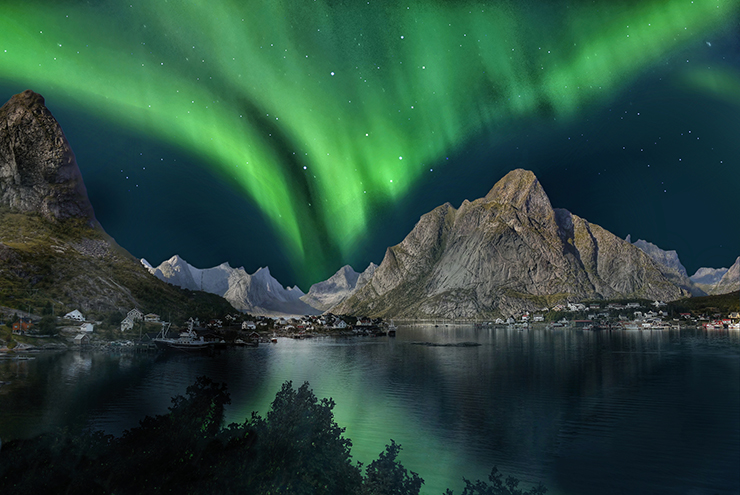 1. Aurora is the Roman goddess of dawn and Boreas is the Greek term for the north wind, hence the name Aurora Borealis.

2. The International Space Station sits at the same altitude as the Northern Lights meaning astronauts can see the lights from the side.

3. There are also the Southern Lights which offer a similar visual display. However, due to their location over places with not much landmass, such as South Georgia island, New Zealand and the Falkland Islands, they are not as popular.

5. People have been observing the Northern Lights as far back as 1619 and they’ve had many stories linked to them. Inuit believed the lights were spirits of their ancestors playing a game with a walrus skull used as the ball. While according to Finnish folklore a mystical arctic fox is running in the north and touching the mountains with its fur causing sparks to fly off into the sky.

6. No two light displays are the same, the colour and patterns always differ. It’s a common misconception the Northern Lights only come out at certain times, however, they’re always there. It’s just the sky conditions that change making them visible.

7. The different colours of the Aurora Borealis occur due to the different types of gas particles. A pale yellow-green is the most common colour followed by pink and a mix of red and green. Witnessing pure blue light is very rare as well as pure red which is produced by high-altitude oxygen found at heights of up to 200 miles above the earth.

8. Scandinavia is one of the most popular areas for Northern Lights viewing however they can also be seen in Canada, Iceland, Scotland, Russia and Alaska.

9. Other planets also have their own auroras. Astronomers have witnessed the lights on Saturn, Uranus, Neptune and Jupiter.

10. If you are planning to view the Northern Lights, take a decent camera. The auroras are relatively dim to the naked eye and human retinas can limit certain colours, so watching through a long-exposure camera setting will provide a higher chance of a better sighting.

Do you want to spend an evening trying to spot this natural phenomenon? Check out our selection of tours to Iceland, Finland and Norway.