Thinking of booking a romantic getaway this Valentines? Classic destinations such as Paris or Venice are always the first that spring to mind. But if it’s something a little bit different or a little bit further afield that you’re thinking of – we’ve got you covered. Here is a list of ten of the most romantic experiences around the world guaranteed to be a success with both you and your partner. 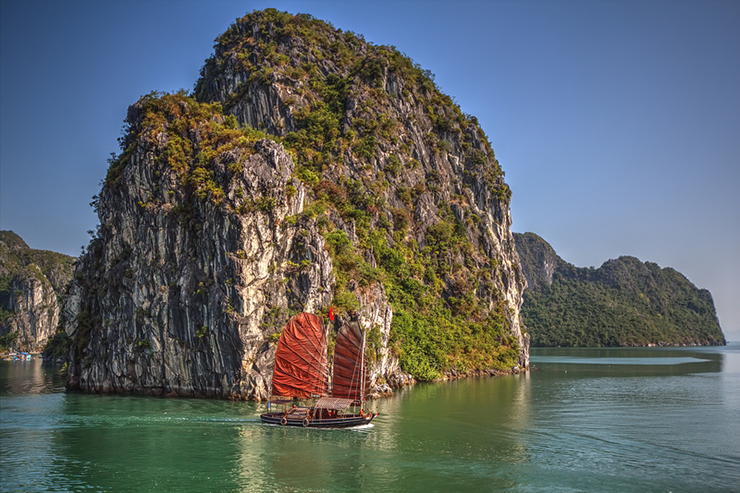 The jewel in Vietnam’s scenic crown, Halong Bay provides the perfect setting for your romantic getaway. And what better way to explore this UNESCO listed site than aboard a traditional wooden junk boat? The bay’s jade waters are dotted with hundreds of beautiful limestone peaks and islets creating surreal scenery that has featured in many movies.

Legends reveal how Halong Bay was formed. It is told that thousands of years ago, giant pieces of emerald, jade and other jewels were dropped from the mouths of dragons in order to protect Vietnam from invasion. Halong Bay therefore literally translates as ‘Bay of the Descending Dragons.’

We recommend you soak up these awe-inspiring views over lunch and afterwards take a visit to the Tien Ong Cave. Only recently opened to the public, the cave is home to some of the most spectacular stalagmites and stalactites. 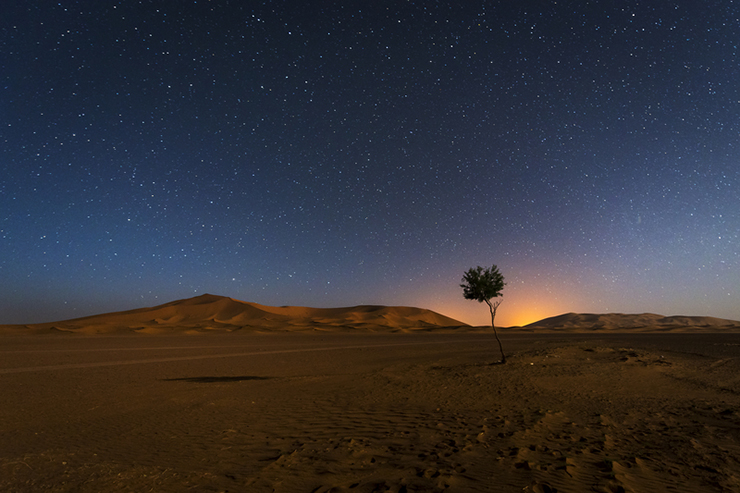 Camp under the stars in the Sahara desert

There’s nothing quite as romantic as sleeping under the stars. And a night spent in the Sahara desert may be the most magical of them all. Spread across approximately 9 million square kilometres of north Africa, the vast, quiet expanse of the Sahara could not seem further from the lights and noise of the city – providing the perfect romantic escape.

With its otherworldly sand dunes and endless night sky, this is a once in a lifetime experience you won’t want to miss. Stay off the beaten track at a remote camp nestled amongst the towering dunes of Erg Chebi and enjoy local food and music before the sun goes down. Just be prepared to layer-up as the night temperatures can get a little chilly! 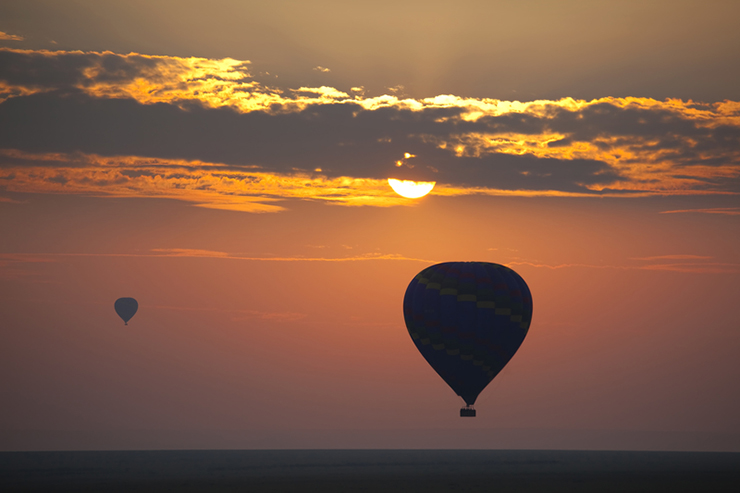 A romantic experience that really is worth the early start! Get up before dawn and experience one of Africa’s most famous game parks from the air. As the sun rises over the Masai Mara the breathtaking landscape will slowly be revealed to you. The beautiful undulating grasslands are studded with acacia trees and, with its abundant wildlife, it won’t be long before you spot a zebra or two. There’s also a champagne breakfast to follow – does it get any more romantic?

For the chance to experience the Great Wildebeest Migration we recommend that you book your trip between mid-July to October. Known as one of world’s most spectacular natural events, millions of wildebeest and zebra migrate through Kenya and Tanzania in search of the best grazing in time with the changing seasons. 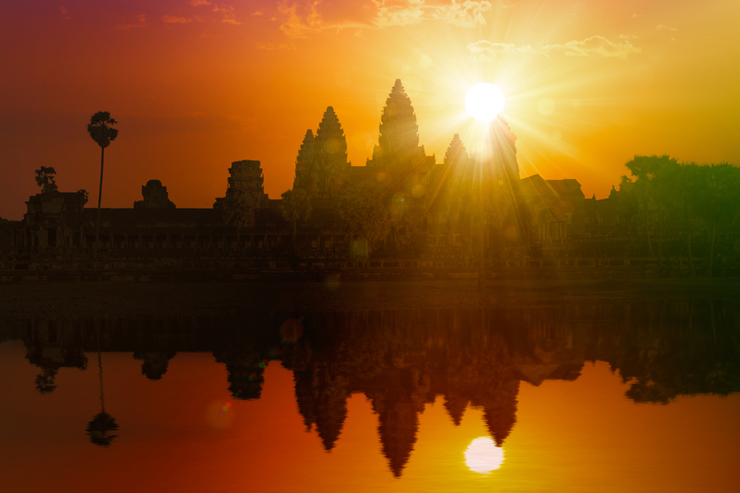 Dating back to the 12th century and representing the home of Hinduism’s ancient gods, it is easy to see why Angkor Wat is Cambodia’s most famous temple. Surrounded by a huge reservoir and a 3km long outer wall, the temple consists of three tiered galleries and five towers shaped like lotus buds. Rising 65 meters above ground, it is believed to be the largest religious building in the world and the heart and soul of the country – even featuring on Cambodia’s national flag.

Just as impressive on the inside, Angkor Wat also contains thousands of unique figures and is famous for its bas-reliefs. The extensive decoration can be seen on numerous walls and pillars, with intricate depictions of apsaras (heavenly nymphs) and devata (Hindu deities). Angkor Wat’s scale and symmetry make it an incredible site both for design and spiritual devotion. The temple’s iconic structure is at its most spectacular against a backdrop of the setting sun and would be the highlight of any romantic getaway to Cambodia. 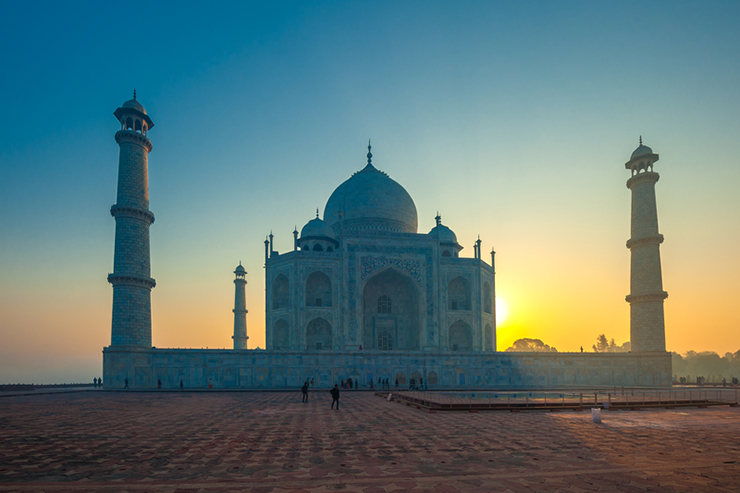 Watch the sunrise at the Taj Mahal

One of the seven wonders of the world and an enduring symbol of India, the Taj Mahal has long topped traveller’s bucket lists. But for a truly romantic experience that also avoids the crowds, it is worth getting there before dawn.

Built in the 17th century, the famous mausoleum took over 20 years to complete and a staggering total of 20,000 workers were required. Combining Indian, Islamic and Persian influences, it is one of the most stunning examples of Mughal architecture and a UNESCO World Heritage Site. Built entirely of white marble, its shimmering surfaces change colour in the sunlight and moonlight.

The Taj Mahal was ordered by Emperor Shah Jahan, in memory of his wife Mumtaz who tragically died in childbirth. Since described as ‘the most extravagant monument ever built for love,’ it would be tough to find a more appropriate romantic destination. 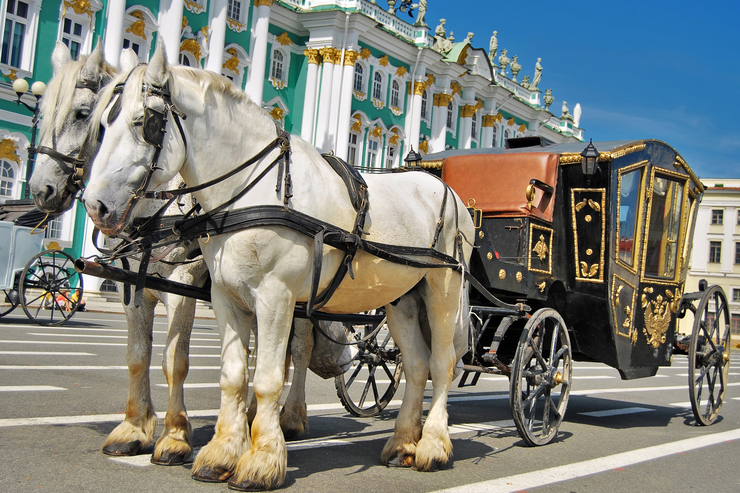 Ride in a horse-drawn carriage around St Petersberg

St Petersberg is one of Russia’s most alluring destinations – rich in history and grandeur, yet managing to maintain a distinctly European feel. One of the best ways to experience the ‘city of the tsars’ is by horse-drawn carriage. Start in the striking Palace Square, the setting of many major events in Russia’s history, and be impressed by the 47.5-metre-tall Alexander Column in its centre.

From Palace Square, visit the treasures of the world-class Hermitage Museum. As St Petersberg’s most popular attraction, the museum is a must-see. With a vast collection of over 3 million items, including masterpieces by Picasso and Leonardo da Vinci, one day is simply not enough to spend here.

St. Petersburg is also home to the Fabergé Museum, which holds the world’s largest collection of Fabergé eggs. These eggs were created by jewellery company House of Fabergé, costing at least £1 million each and usually containing a small surprise within their decorated shells. 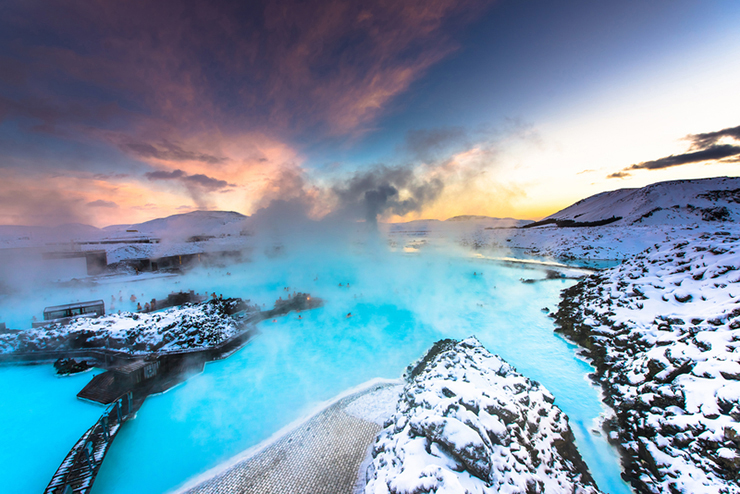 Soak in the relaxing waters of the Blue Lagoon

Set in the Icelandic landscape, close to the capital Reykjavik, you’ll find this natural oasis. The Blue Lagoon’s geothermal water originates 2,000 metres below the surface, where seawater and freshwater mix at an extremely high temperature. The water also contains a unique mixture of silica, algae and minerals creating its mesmerising blue colour and healing properties. And with temperatures averaging between 37-40°C, you won’t want to get out!

Bathe in the relaxing waters or book you and your partner spa treatments such as a mud mask, scrub or even an in-water massage. Or, if you’re more interested in the lagoon’s history, take a guided tour. You’ll be fascinated by the facts – did you know the lagoon’s water is self-cleansing? 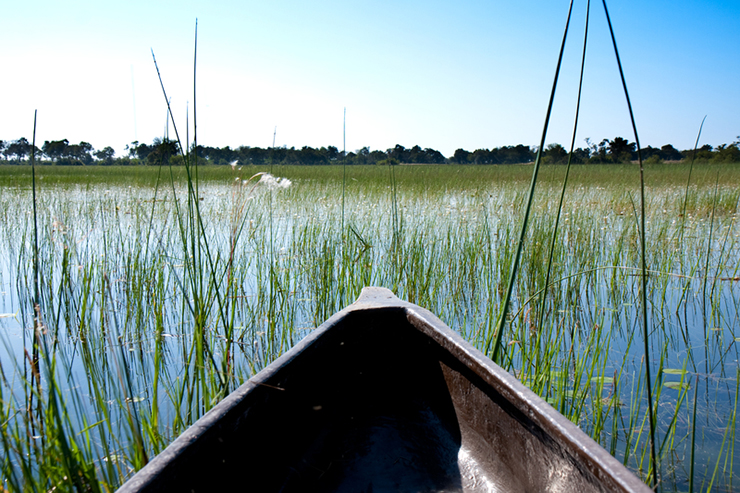 Explore the Okavango Delta in a traditional mokoro

An alternative to the popular gondola rides of Venice comes in the form of Botswana’s traditional mokoros. These canoe-like vessels were previously a popular mode of transport, but nowadays are used within the Okavango Delta for a more authentic safari experience.

As iconic symbols of the delta, mokoros are usually 6 metres in length and carry two passengers. A local boat-man uses a long pole or ngashi to move and steer. Mokoros allow you to fully immerse yourself within the delta’s natural surrounds, without scaring away animals with the sound of a motor.

The Okavango Delta is an oasis of life. Starting in Angola, the Okavango River never reaches the ocean, instead snaking its way through the vast flat plains of Botswana. The river periodically floods and creates an area abundant in water and green foliage. A haven for wildlife during the dry season, you can see hippo, elephant, buffalo, big cats and many more! 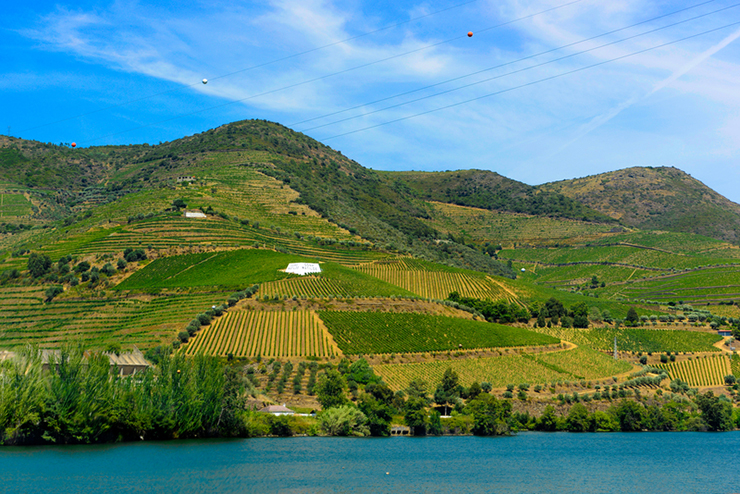 Sample the world-class wines of the Douro Valley

An easy day-trip from Porto is a wine tour of the prestigious Douro Valley. This UNESCO World Heritage region is famous for its production of port wine, with many estates offering tasting sessions. You can learn about local wine-making practices as you try their award-winning selections. Then even buy some for yourself to take home.

Undeniably scenic, the Douro Valley consists of vineyards blanketing the hillsides by the Douro River. To admire the scenery, we recommend you visit the village of Pinhão and enjoy a traditional lunch of regional specialities. Alternatively, take a rabelo boat tour – the traditional cargo boat of the region. 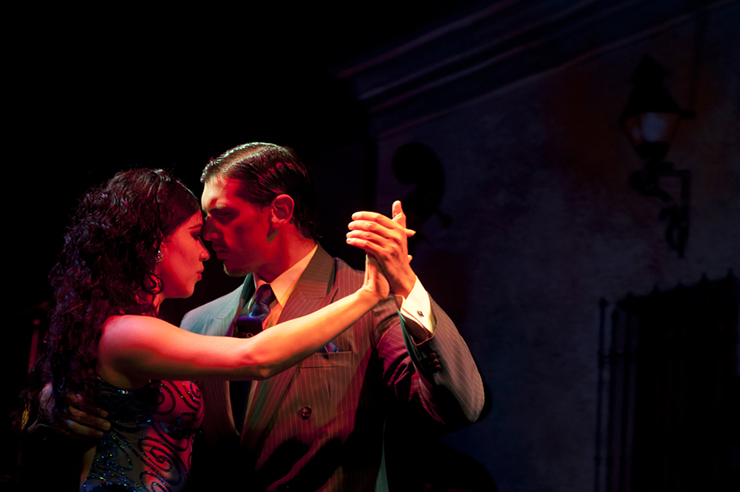 Enjoy a tango dance and dinner show in Buenos Aires

Tango is Buenos Aires’ most famous form of creative expression and a key part of local cultural identity. Tango originated on the capital’s streets in the 18th century and has since become one of the most popular dances in the world. Watching a tango dance is therefore an essential part of visiting the city and an excellent alternative romantic experience.

Enjoy some fine dining beforehand with wine and traditional Argentinian foods. For the chance to see some of the best tango dancers in the world we recommend Piazzolla Tango. This unique and entertaining show will captivate you with steamy and seductive moves, distinctive music and the dancers’ unmistakable passion.

If you liked the sound of these once in a lifetime experiences then head over to our website to book your own romantic getaway!