These are the women testing human limits, breaking world records and making a positive difference along the way:

After prostate cancer claimed the life of her husband in 2002, Rosie set out on an epic solo run to raise awareness of the disease. Travelling more than 20,000 miles over 5 years she circumnavigated the entire Northern Hemisphere and completed the longest unsupported run in all of history. Towing a sled, Rosie faced many dangers including being stalked by a wild wolf, an axe-wielding man, the bitter Siberian winter and desolate loneliness.

Still adventuring in her 60s, Rosie has run 27 marathons in 27 days and also does a lot of motivational speaking. Using the money she earns from speaking to businesses, she is able to give free talks at schools to inspire the younger generations. 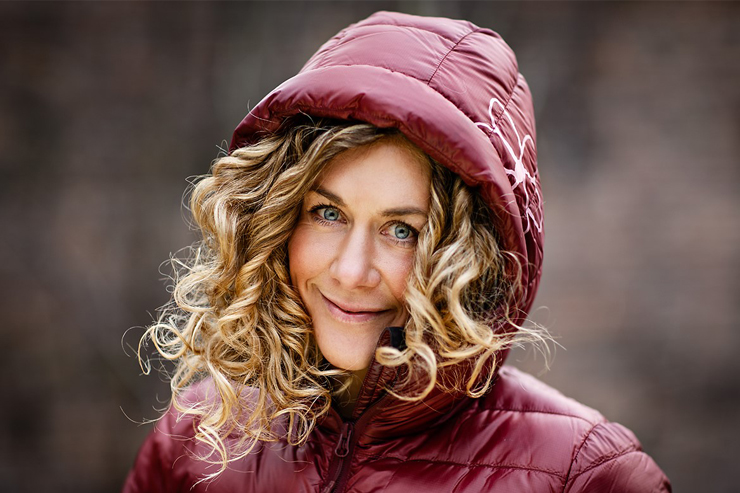 Since giving up her nursing career, Norwegian-born Cecilie became the first woman worldwide to conquer the Explorer Grand Slam. Not only does this mean that she has stood at both poles, but also climbed the highest peaks on each of the seven continents. As if that wasn’t enough, Cecilie and a friend have since also completed an unsupported 1,700-mile crossing of Antarctica on cross-country skis.

Cecilie believes that mountain trekking and crossing the poles are very male dominated affairs. She attributes her success to planning and mental and physical preparation. Surprisingly, she doesn’t find her trips long or gruelling, but instead a time to gather her thoughts and find her inner peace. 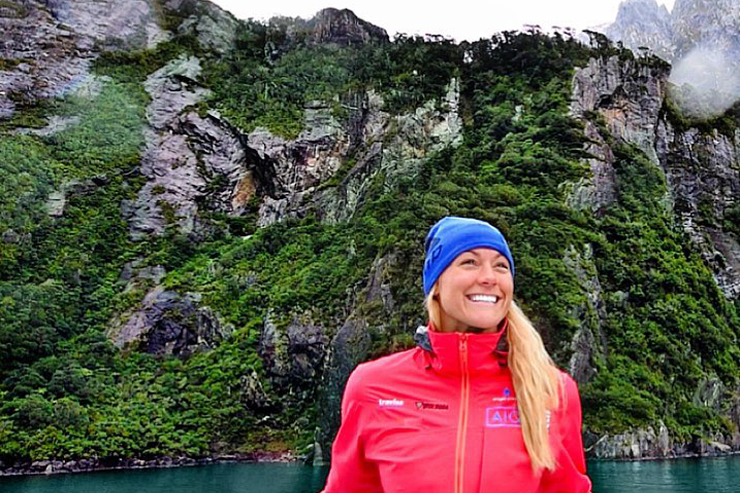 All her life Cassie knew that she wanted to be an inspiration, and at the youthful age of 25 she set out on a mission to make that happen. Over an impressive 18 months and 10 days, Cassie became the first documented woman and fastest person to travel to all 196 Sovereign Nations. She completed Expedition 196 on February 2nd 2017, breaking the previous record in over half the time.

Spending between 2 days to 2 weeks in each destination, Cassie documented her journey to over 350,000 Instagram followers and filmed it for a documentary. Travelling as an ambassador for the International Institute of Peace Through Tourism, she also collected water samples around the world for Adventurers and Scientists for Conservation. 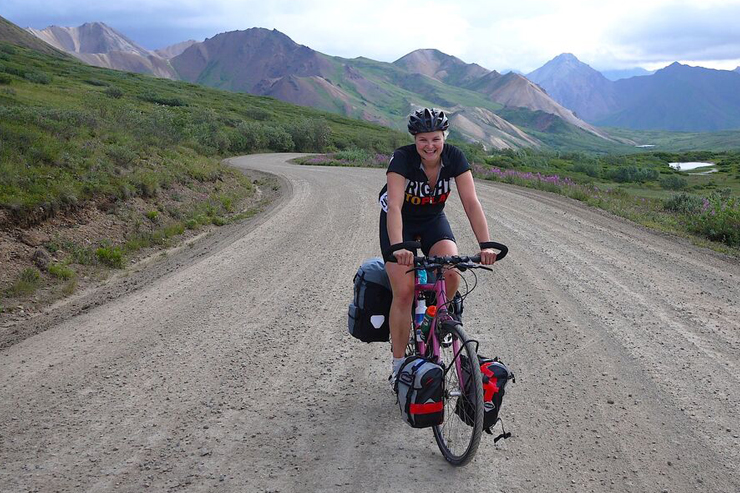 Daughter of two Olympians, British-born Anna has recently been named one of the 50 most influential travellers of our time by Condé Nast Traveller. And rightly so, as her impressive travels include ‘mega-adventures’ that aim to inspire children to get outdoors and exploring. In 2013 Anna cycled solo and unassisted through each state of the USA. She covered 11,000 miles on her pink bicycle and over the course of seven months visited schools and raised £11,000 for global charity Right to Play.

Following this, Anna spent five and a half months running New Zealand’s 1,911-mile Te Araroa trail. Likewise, she visited schools along the route and raised £7,000 for The Outward Bound Trust. Most recently, Anna decided to cycle along the spine of The Andes – the world’s largest mountain range. During her journey Anna ascended over 100,000 metres, which is more than 11 times the height of Everest!

Born in 1972, Swiss explorer Sarah is known for her intrepid two-footed adventures. Between 2010 and 2013 she completed a solo walk from Russia to Australia, equipped with only the most basic equipment and an emergency satellite phone. An expedition that took two years to prepare for, Sarah trekked through Siberia, the Gobi Desert, China, Laos and Thailand before finally crossing the vast expanse of Australia’s Nullabor Plain.

Covering 10,000 miles in total, Sarah faced drug smugglers, tropical diseases and a variety of dangerous animals along the way. Her incredible journey is revealed in her book Wild by Nature and she was named one of 2014’s Adventurers of the Year by National Geographic. She has since given over 300 inspirational talks around the world, including presenting a TED Talk in Geneva. 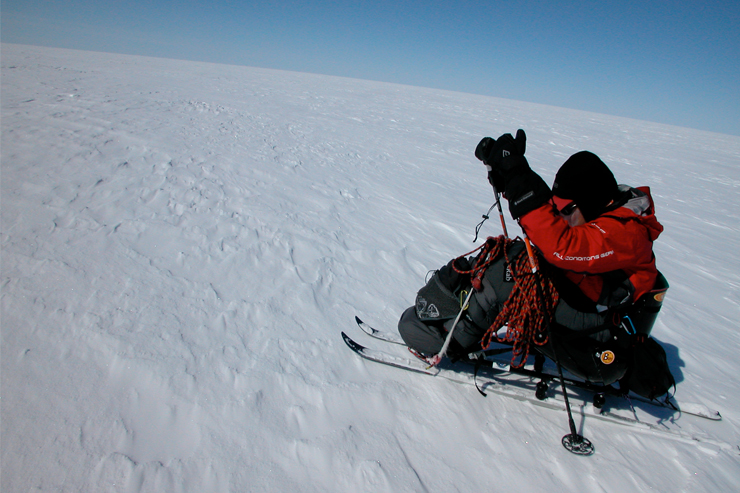 Paralysed from the chest down after a rock climbing fall, Karen thought her adventures were over at the age of 21. But with friends, creativity and perseverance, she has been able to lead an extraordinary life. In 2007, Karen traversed Greenland’s ice cap on a sit-ski using her arms to propel her. She then covered 1,000 miles by sea kayak from Canada to Alaska and hand-cycled over the Himalayas.

Now a full-time athlete with the British para-cycling team, Karen won a silver medal in the London 2012 Paralympics and became Paralympic Champion in Rio 2016.  Although the commitment required for her Paralympic journey meant she had to make compromises on her travels, she still squeezes in as many adventures as she can between her training. 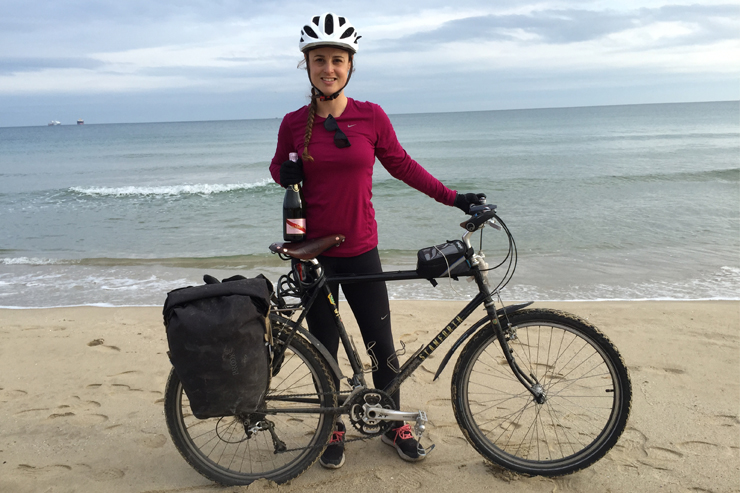 An NHS physiotherapist with a love for history, Justine undertakes expeditions that reignite the past. In August 2015, she set out on her first ever expedition to travel the 3,500-mile Iron Curtain. This borderline separated Western Europe from the former Soviet Union for nearly 45 years, running from Arctic Russia in the north down to Bulgaria and the Black Sea. Justine felt the post-war history come alive as she travelled by foot and bicycle through the 15 countries along the border.

Her other inspirational adventures include walking the length of Finland, swimming the Bosphorus Strait and a 191-mile Tudor-themed run closer to home. She has also been deployed to a Syrian refugee camp in Greece, to provide flood relief in Louisiana and to Haiti as part of Hurricane Matthew relief efforts. 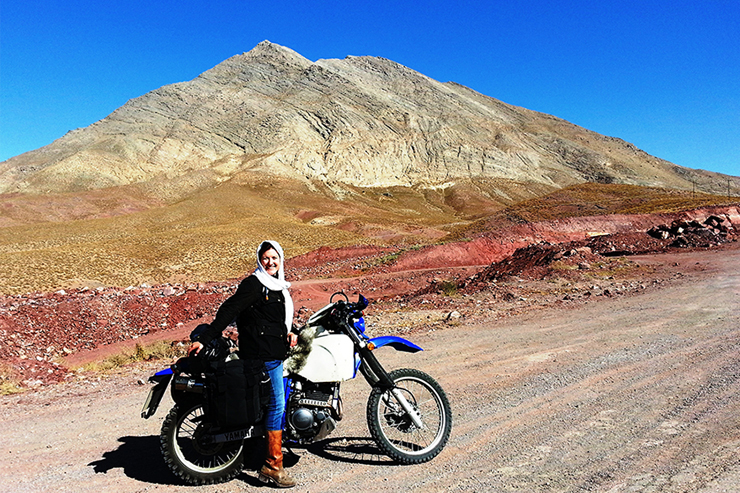 Looking for an escape from her office job and what she described as ‘cubicle hell’, Lois got her motorcycle licence and never looked back. Setting off on an epic ride from Alaska to Argentina, Lois travelled more than 20,000 miles. Despite predictions from family and friends that she would never want to sit on a bike again, Lois got her map out and began planning her next adventure. In 2006 she then revved her way across the continent of Africa and in 2013 to 2014 explored Iran.

Since her first trip, Lois has travelled more than 50 countries by motorbike. Usually travelling solo, she made an exception for one trip across the US when her husband Austin joined in a sidecar. Lois claims that the best thing to come out of her adventures was that she discovered her true calling – to be a writer. She has now written three books about her travels that have been published around the world.