Rajasthan, or the ‘Land of the Kings’ as it translates to in English, is one of India’s most popular regions. From grand palaces to ancient temples, mouth-watering delicacies to desert sand dunes – Rajasthan has it all. But for a place that offers such a wealth of experiences, it can be difficult to single out just one reason to visit. So if you’re still undecided, here’s five tempting things to do in Rajasthan, which will have you itching to visit. 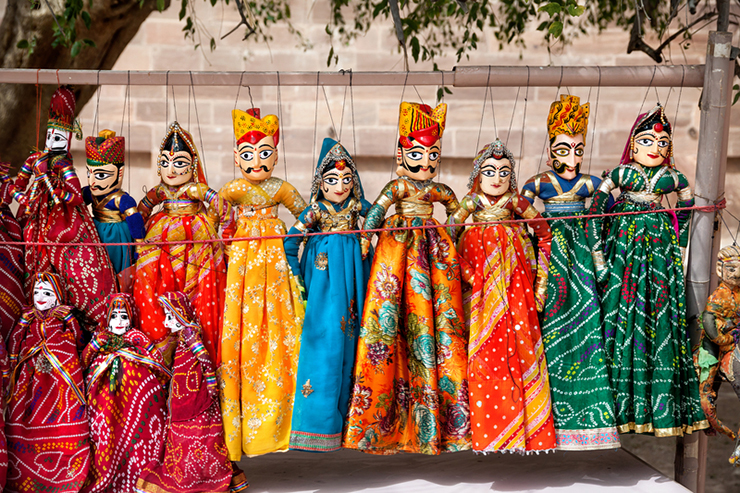 1.) Embrace the Art, Culture and Folklore

Though art and culture are prominent in plenty of Indian cities, Rajasthan singles itself out with its amazing contrast of colours, textures and materials. Even in the furthest regions of the desert, you can find brightly lit shops selling bangles, folklore and local textiles of the richest colour combinations.

Rajasthan’s affinity to art and culture stems from the ancient age when Kings used to rule. Legend has it that these kings, mostly in the ‘Baroli’ and ‘Hatodi’ regions, were dedicated lovers of art and paintings. Rajasthan also has a rich tradition of handmade jewellery. Interestingly, Rajasthani folk culture cherishes male jewellery as much as the female jewellery – in striking contrast to the rest of the country.

Rajasthan is widely admired for its folklore and traditional art forms that date back centuries. Puppetry is considered one of the most important art forms in Rajasthan and puppetry artists mesmerise audiences with their exceptional story telling and mastery. The puppetry native to Rajasthan is known as Kathputli, with wooden dolls operated by a single string. The region is also famous for its traditional dance forms including Kachhi, Ghumar and Gaitti. 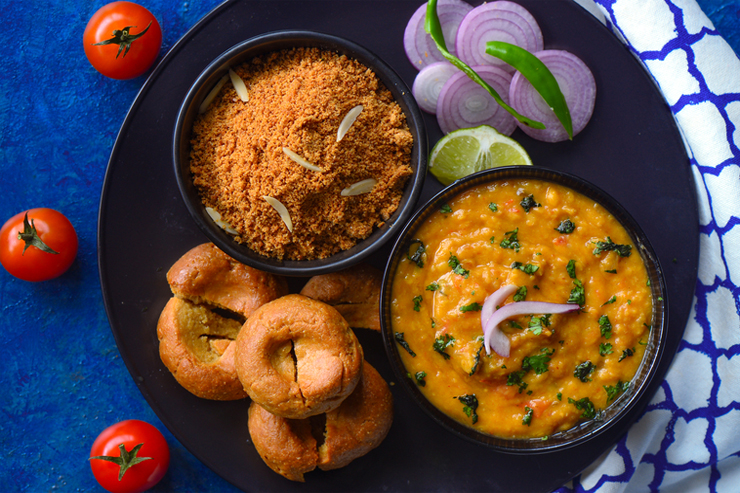 Irrespective of the hot temperatures and arid climate, Rajasthan offers some of the richest Indian cuisine. The food is an amazing mix of vegetables, buttermilk and natural homemade spices. And Rajasthani delicacies are often referred to as products of the ‘royal kitchen’ due to their traditional way of serving guests.

But Rajasthani food is not all about vegetables and spice, the desserts offered here would make anyone’s day. Must-tries include Rasgullas, Mishri Halwa and Dil Jani. Rajasthani desserts are also named after their cities of origin. One of the best things to do in Rajasthan is to hit up the local restaurants and markets, and see what delights you can find to try. 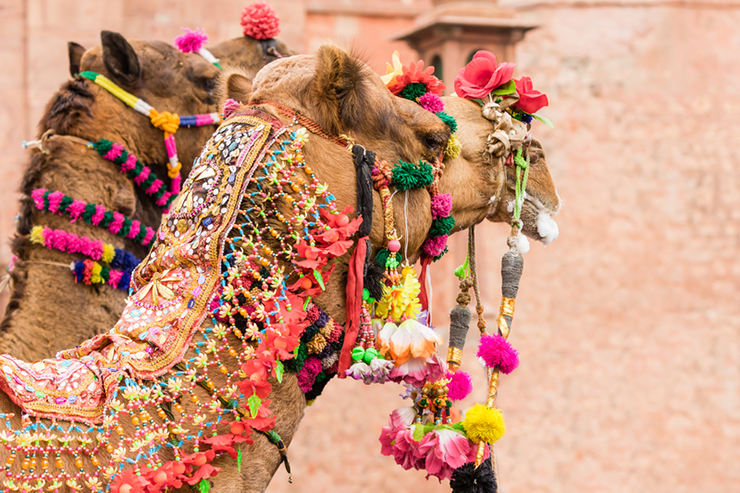 The state of Rajasthan offers plenty of fairs and festivals that take place throughout the year in various cities. Festivals celebrated here are a reflection of its rich heritage and culture and represent one of the best things to do in Rajasthan.

There is an event to suit each and every interest. Whether you’re an animal lover or literature buff, festivals like the ‘Camel Festival’ or the ‘Jaipur Literature Festival’ will keep you engaged. The Pushkar Fair, Desert festival, Kite festival and Teej Festival are some of the most attended events in the state. 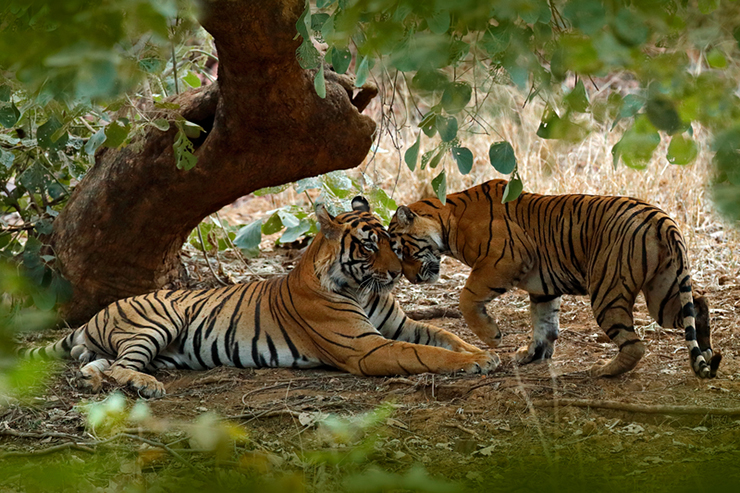 4. See the Sights and Wildlife

Rajasthan boasts some of the most sought after tourist spots in the country. Its major attractions include ancient palaces and forts, renowned temples and the ‘Great Indian Desert’ close to the international border. Amber Fort, Amer Palace, Jaisalmer Fort, Mehrangarh Fort, Jaigarh Fort and Chittorgarh Fort are among the most visited places in Rajasthan.

Aside from these, Rajasthan also attracts a large number of wildlife enthusiasts. This is because it is home to some of the best-ranked wildlife sanctuaries in the country. One of the best things to do in Rajasthan is to embark on a tiger safari in Ranthambore Tiger Reserve. The Bharatpur Bird Sanctuary and Desert National Park are just a few more of the places you can’t afford to miss. 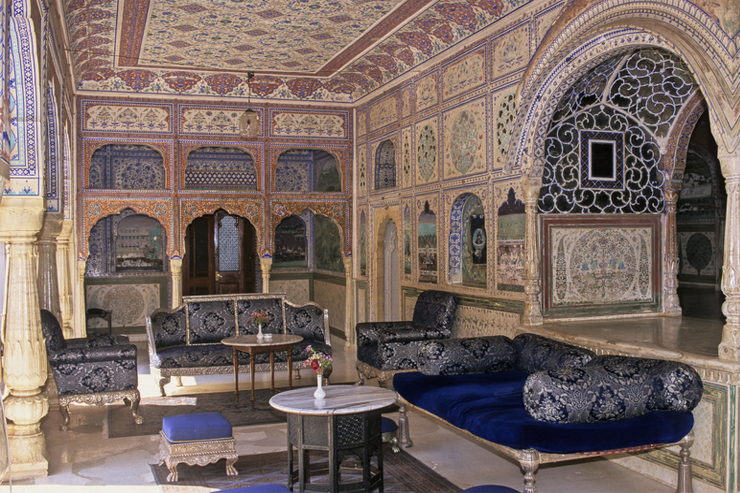 Rajasthan offers a contrasting mix of majestic palace hotels and colourful rural towns with hidden historical importance. For a traveller who is keen to explore, these will both take you deeper into Rajasthan’s heritage.

Exotic palace hotels will give you a royal taste of the life Rajasthan’s kings used to live. Rural towns, on the other hand, take you closer to the unbelievable architecture of the ancient age. Villages like Deeg and Barmer are among the must-visit spots in Rajasthan.

No matter where you go, Rajasthan is truly the land of kings and colour. Historical richness oozes from every corner and no trip to India would be complete without a visit to this vibrant state.

Rohit Agarwal is an avid traveller and explorer who has set out on a journey to pick the best tourist spots in the country. His search takes him to different places and he loves to put his experiences into words on Trans India Travels. You can go through his experiences on TransIndiaTravels.com.

Has this list of things to do in Rajasthan made you want to visit? If so, check our our India Group Tours.