Sri Lanka’s northeast is a world apart from the rest of the island. Closer to India than Colombo, the area has retained its own unique character. Due to Tamil migrants from southern India repeatedly invading and colonizing the northeast, the area’s culture owes as much to Hindu India as to Buddhist Sri Lanka.

For many years, the area was out of reach to tourists due to Sri Lanka’s violent civil war. But since its end in 2009, tourism has begun to thrive again. Offering a very different experience to the rest of Sri Lanka, the country’s northeast is not your standard first-time visit. Instead, it offers visitors a unique opportunity to explore a region that’s emerged from nearly three decades of isolation.

This eight-day suggested itinerary is your ultimate guide to Sri Lanka’s northeast, taking in the Cultural Triangle, UNESCO World Heritage sights and many more top spots.

Where better to start your trip than in Sri Lanka’s capital? The dynamic port city of Colombo is filled with great hotels, local eateries and characterful shops. In particular, the busy streets of Pettah brim with markets and street vendors, selling everything from fresh produce to golden jewellery.

Take a private tour or explore the city’s rich colonial heritage by tuk tuk. Sights include the Fort, Wolvendaal Church, Gangaramaya Temple and the seaside expanse of Galle Face Green. Marvel at the pyramid-shaped tower of the Captain’s Garden Hindu Temple, which is adorned with hundreds of brightly coloured gods and figures. 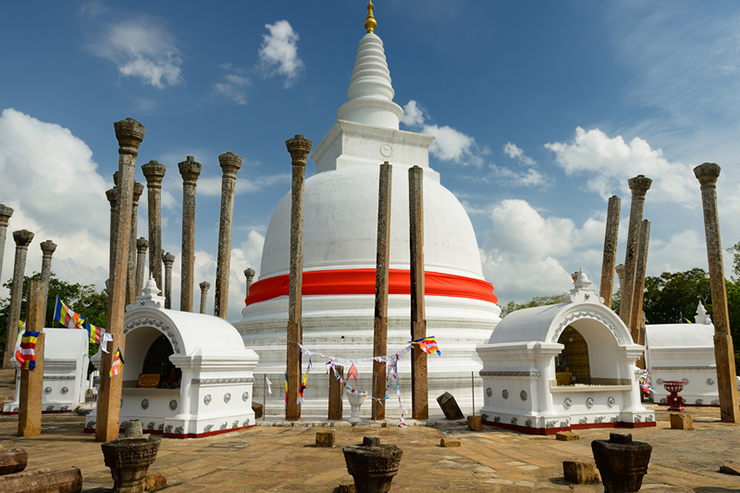 The first capital and grandest city of ancient Sri Lanka, Anuradhapura is one of South Asia’s most evocative sites. The city flourished for around 1,300 years, before it was abandoned to the jungle in 993 AD after an invasion. Now accessible again, the city is an excellent starting point for exploring Sri Lanka’s northeast.

Home to two UNESCO World Heritage Sites, the sprawling ruins of Anuradhapura contain a variety of archaeological and historical wonders. Highlights include the 1,600 columns of Brazen Palace and Ruwanweliseya – the most famous dagobas in Sri Lanka. Additionally, visitors can find the oldest documented tree in the world, known as the Sacred Bo-Tree. 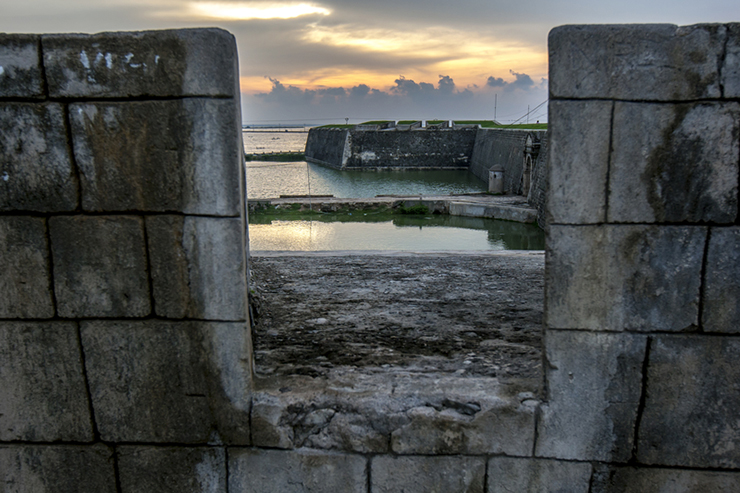 Journey from Anuradhapura to the city of Jaffna, located on Sri Lanka’s northern-most peninsula. Take a sightseeing tour and visit attractions such as the Jaffna Fort. Built by the Dutch in the 17th century, the fort was fought over for centuries and is the second largest in Sri Lanka. Learn more from the fort’s exhibition and explore the gateways, moats and ramparts offering views of the city.

Other highlights of Jaffna include the Nallur Hindu Temple. This is the most important place of Hindu worship in the city and the centre of the spectacular Nallur Festival in midsummer. Visitors can also take a boat to the Nagadeepa Buddhist Temple, said to be the site of Buddha’s second visit to Sri Lanka. 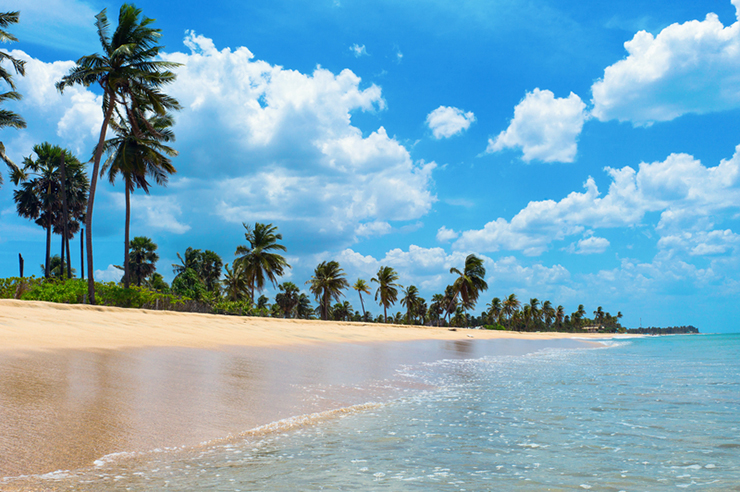 No trip to Sri Lanka’s northeast would be complete without a day spent unwinding on the beach. From Jaffna, head to the northeast coast and the beautiful natural harbour of Trincomalee. The beaches of Uppuveli and Nilaveli offer a paradise of golden sands, turquoise waters and sweeping palm trees.

If you have an extra day, it is well worth exploring the historic town of Trincomalee. Delve into the town’s backstreets lined with pretty colonial villas and colourful Hindu temples. Top sights include the Thirukonamalai Konesar Temple and the Temple of the Thousand Pillars, in addition to the medieval Hindu complex of Dakshina-Then Kailasam. 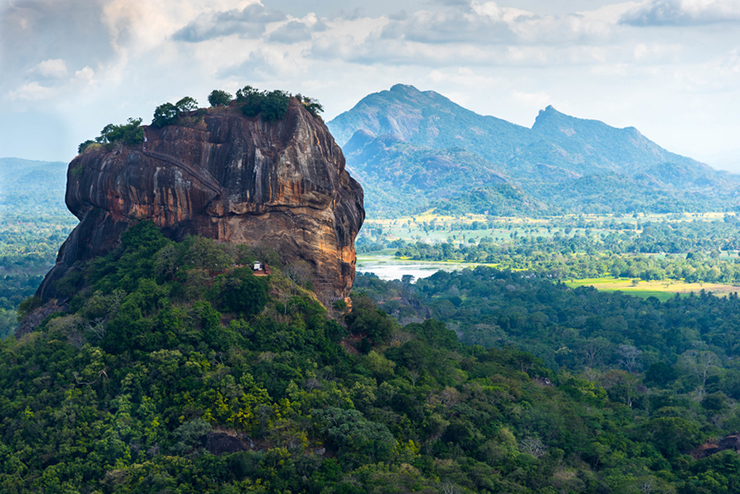 Drag yourself away from Tincomalee’s stunning coast and journey inland to Dambulla. Here you’ll find the impressive Dambulla Cave Temple. This spectacular complex is dedicated to Buddha and its five caves contain over 150 images of him, as well as a 14-metre rock cut statue.

Continue from Dambulla to the famous 5th century rock fortress of Sigiriya. This beautiful citadel was built over 1,500 years ago and rises 200-metres high from the midst of verdant jungle. Sigiriya is easily one of Sri Lanka’s most iconic sites and you can reach the summit via a steep staircase up the rock side. Don’t miss the world-famous paintings of the Heavenly Maidens on the way up. 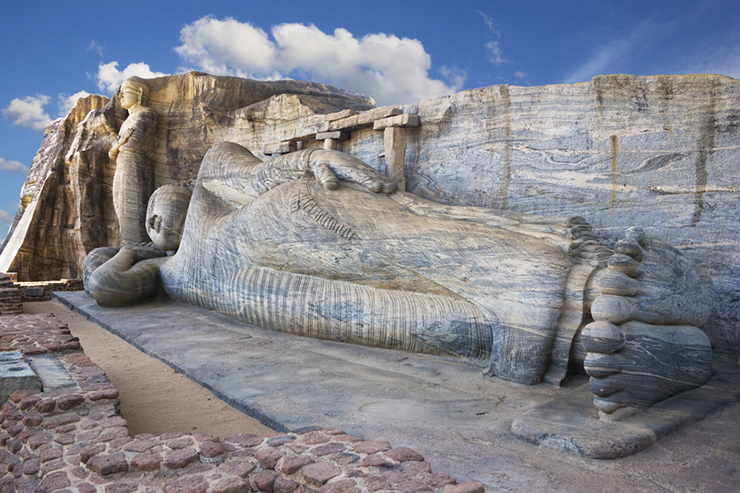 Next stop is the intriguing 11th century city of Polonnaruwa. After the destruction of Anuradhapura in the 10th century, Polonnaruwa became the second ancient capital of Sri Lanka. Kings ruled the central plains from the city and it was a thriving commercial and religious centre.

As a UNESCO World Heritage Site, Polonnaruwa is a delight to explore. Its most famous monuments include the Quadrangle, the Royal Palace and the Gal Vihara. Polonnaruwa’s compact core contains hundreds of other ancient structures including statues, temples and tombs. 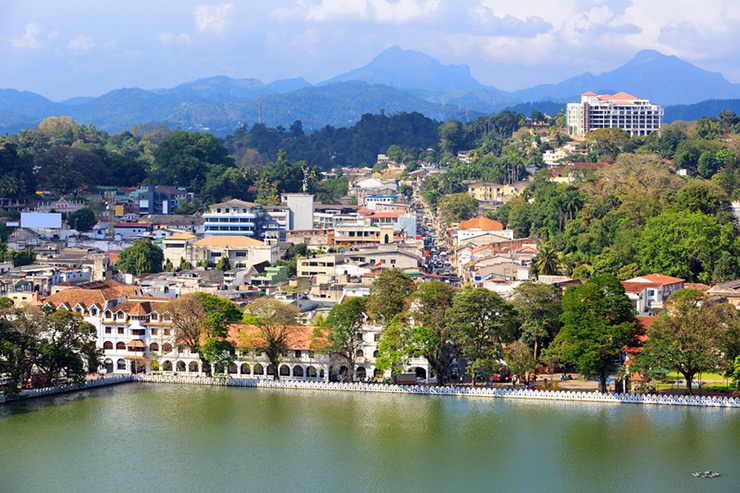 Travel on from Polonnaruwa to the precipitous green hills and cultural capital of Kandy. The city is the second largest in Sri Lanka and home to the Temple of the Tooth – the country’s most important religious shrine. Its name derives from the legend that it houses one of Buddha’s teeth, which is now kept in a golden casket.

From the temple take a stroll alongside the beautiful Kandy Lake. Then hop in a tuk tuk and explore the surrounding hills. Stop at a local bazaar, the gem museum or the Geragama Tea Factory. Only a short drive out of the city, the factory has been manufacturing ‘Low Grown’ and ‘Long leaf’ tea since 1903. 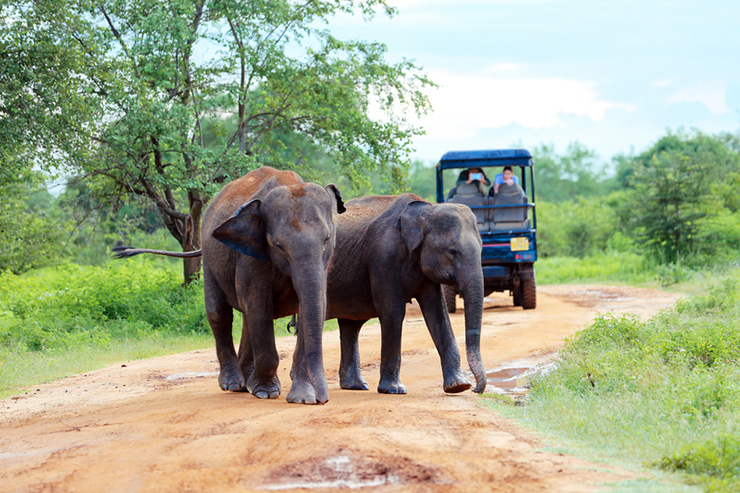 This final stop is the one for wildlife enthusiasts. Not only one of the finest national parks in Sri Lanka for game spotting, Udawalawe National Park is also one of the best places in the world to see elephants in the wild. Sri Lankan elephants are the largest of all the Asian elephants and have been closely tied to Sri Lankan culture for centuries.

A jeep safari is the best way to explore the park’s bush forest and grasslands. Visitors can also expect to see the Sri Lankan sloth bear, water buffalo and herds of sambar deer. If you’re lucky you may even spot the elusive Sri Lankan leopard.

Make your return from Udawalawe National Park to Colombo’s airport. Or, for those with more time – why not extend your trip? Enjoy the sparkling blue waters and palm-fringed beaches of Kalutara, or head south to Mirissa. Between November and April, Mirissa is one of the world’s best spots to see the mighty blue whale. Alternatively, hope over to the Maldives and experience paradise in its purest form. Besides relaxing on the stunning white sand beaches, visitors can go snorkelling, fishing or surfing.

Check out these sights and more on our Sri Lanka Northeast Explorer group tour. Or, if you like the sound of this private itinerary, get in touch with our team, who can help to put it together for you!