Watching the sunrise in the ancient capital of Angkor is high on the list for most travellers to South-East Asia. And understandably so, as the World Heritage-listed city is home to the magnificent remains of the Kymer Empire, which ruled Cambodia from the 9th to the 15th century.

With forests and temples stretching over some 400-square-kilometres, there’s numerous places in Angkor to experience the sun rise or set. Here’s our pick of five of the best spots to start or end your day in Angkor. 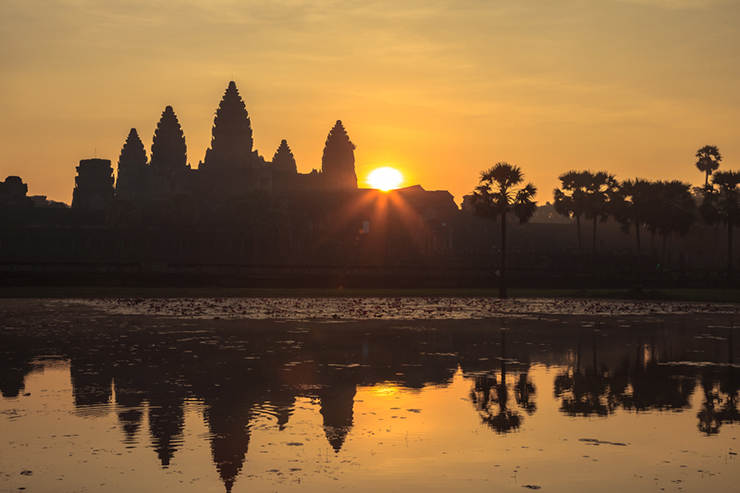 Famed for being the world’s largest religious building, Angkor Wat is the most popular spot to catch first light. Built in the 12th century, the temple faces west and so the sun rises dramatically from behind its iconic spires. The quintessential shot of Angkor Wat at sunrise is taken from behind the reflection pools, where you can see the temple’s stunning silhouette mirrored in the still waters.

For the best photos, it’s recommended to arrive early to get ahead of the crowds. The gates to Angkor Wat open at 5am – but you can be sure it’s worth the early start. 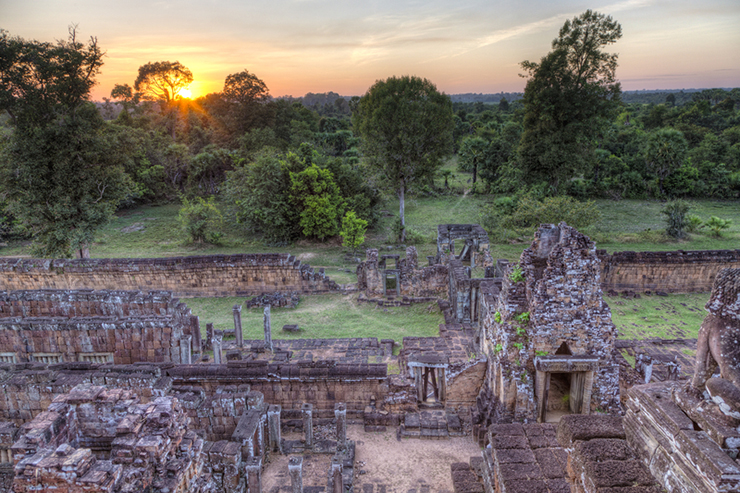 Sunset at the Pre Rup Temple

Known as the ‘Pyramid Temple’, the Pre Rup has three tiers – the uppermost of which carries five lotus towers. Its name translates to ‘turning the body’, which refers to a Khmer cremation tradition in which a body’s silhouette is outlined with ash. Therefore, it’s thought that the temple previously served as a crematorium to the royals of Angkor.

Built entirely from brick and laterite, the warm tones of the temple are best seen at sunset. The glow of the evening light produces reddish hues that contrast beautifully with the surrounding green jungle. The temple also offers stunning views over the rice fields of the Eastern Baray. 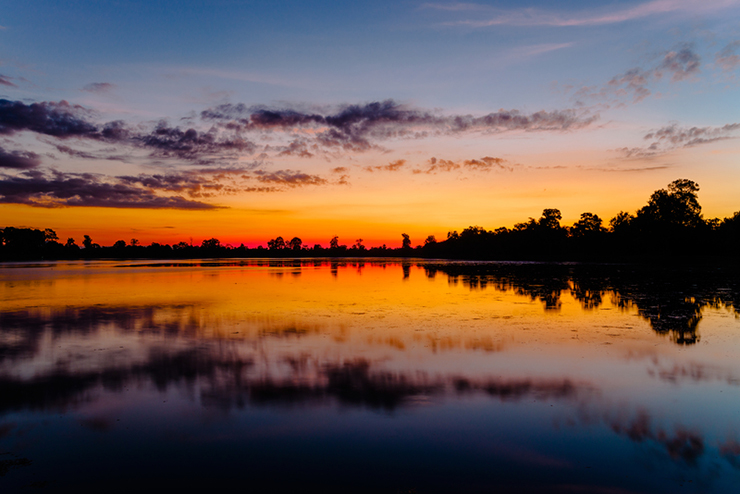 Offering a breath-taking sunrise view with fewer crowds, Srah Srang has a quieter waterside than the reflection pools of Angkor Wat. This 900-year-old lake was previously a bathing pool for the royals and is still filled with water today. The trees surrounding the water’s edge offer a beautiful reflection in the tranquil waters as the sun’s colours begin to fill the sky.

On the western edge of Srah Srang you will find a multi-tiered terrace. Adorned with naga balustrades, lions and other Khmer carvings, this is the best spot to watch sunrise over the lake.

EXPLORE CAMBODIA ON OUR RANGE OF GROUP TOURS 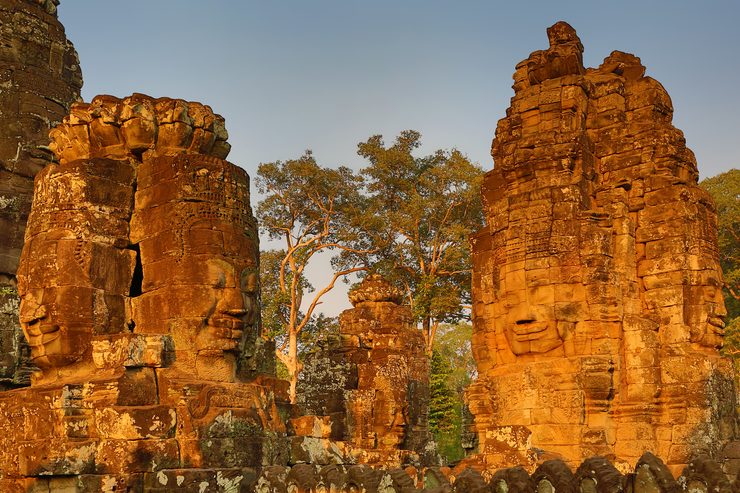 Standing in the centre of Angkor Thom, the Bayon Temple was the last stone temple built during the Khmer empire. It’s famous for the gigantic smiling faces on each of its towers which represent King Jayavarman VII. At least a dozen of the heads can be seen at any one time, emphasising the King’s immense power and presence.

The Bayon Temple is spectacular at any time of day and a must-see whilst within the Angkor complex. But try to time it with sunset for the best photographs. Watching the last of the daylight shine on these huge faces is a truly beautiful experience. 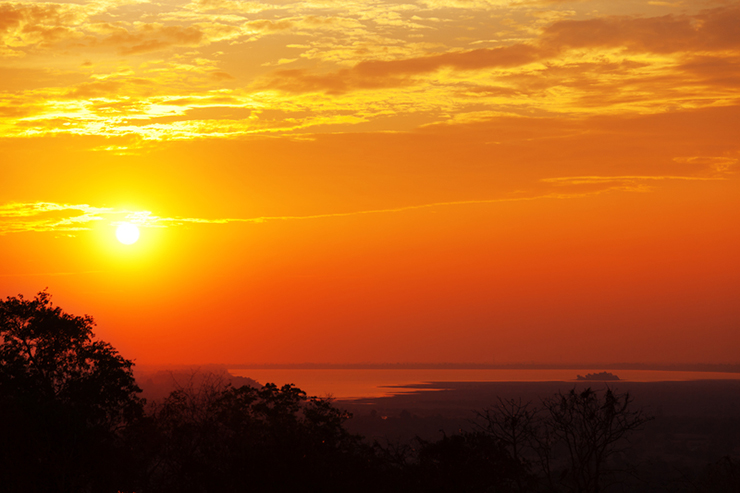 Known for its stunning sunset view, Phnom Bakheng is the most popular spot in Angkor to end the day. Dating from the early 10th century, Phnom Bakheng was built on a 70-metre-high hill and was the first of the temple-mountains built in the Angkor complex. Sunset visitors can expect a spectacular view over Angkor Wat, the surrounding forest and the gigantic Baray reservoir.

Similarly to the other spots, it’s best to get here early. Only 300 people are allowed in at any one time so arrive at 4pm to guarantee a spot. Then allow for around two hours to experience the sky’s ever-changing red, yellow and orange hues.