Since the release of ‘The Beach’ in 2000, Maya Bay has become one of the most famous destinations in Thailand. The box office smash starred Leonardo Di Caprio and inspired thousands to visit the beautiful bay for themselves. However, the environmental damage caused by high tourist numbers has forced authorities to order the temporary closure of the beach.

Starting June 2018, Maya Bay will be closed annually to visitors during the low season between June to September. The decision was recently made after it became apparent that the beach’s popularity had taken its toll on the bay’s fragile coral reefs and marine life. 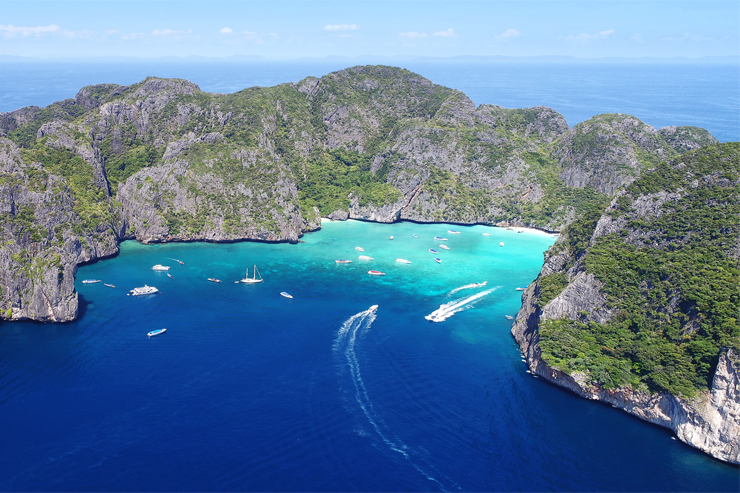 Tourist numbers in Thailand have more than tripled, rising from 10 million when ‘The Beach’ first premiered to 35 million in 2017. Tourism has become a major part of the country’s economy, with estimates it accounts for 18% of Thailand’s GDP. However, the increase in tourism has had a devastating impact on the country’s marine environments. Almost 80% of Thailand’s coral reefs have been damaged, mostly due to boat anchors, beachfront hotels and plastic waste.

Maya Bay, on Phi Phi Island in the Andaman Sea, has seen tourist numbers reach unsustainable proportions. On average, the beach receives 4,000 visitors and 200 boats each day. Consequently, a large part of the bay’s coral reef has gone and local marine life has practically disappeared.

Unfortunately, many tourists are unaware of their negative impact on coral reef environments. Both gasoline from tourist speedboats and sun cream cause pollution in tropical waters. This, combined with tourists touching or breaking parts of the reef, causes corals to experience stress. When corals are stressed, they lose their colours and turn completely white in a process known as ‘coral bleaching’, which subsequently affects the entire biodiversity of the reef. 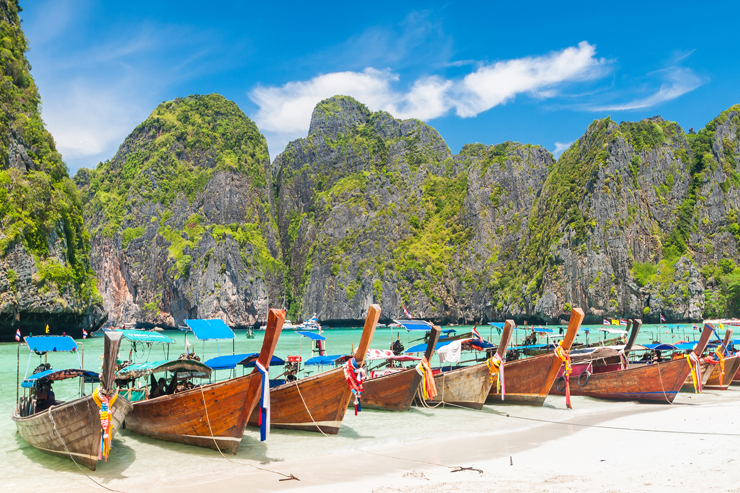 Important restrictions will come into place when Maya Bay reopens in September. There will be a daily limit of 2,000 tourists and boats will no longer anchor within the bay. Instead, they will be required to dock at floating piers on the opposite side of the island.

Some experts believe this still isn’t enough to protect the bay and a more permanent solution is needed. Thai authorities have permanently closed off other islands in the past due to detrimental mass tourism. Both Koh Yoong and Koh Tachai have been off limits to visitors since 2016 and are now seeing their reefs thrive once again.

Due to the bay’s popularity, and Thailand’s reliance on tourism revenue, a permanent closure of Maya Bay is doubtful. Unlike other marine national parks that close between May and October each year, Maya Bay has remained a year-round attraction and this is the first time tourists have been banned from its shores. The annual closure is hoped to be a step in the right direction to restoring the overworked bay.

Those looking for a similar experience to Thailand’s Maya Bay will find that Southeast Asia has no shortage of stunning beach landscapes. Whilst many are awestruck by Maya Bay’s soaring cliffs, the dramatic karst formations of Krabi on the Thai mainland are equally as impressive.

Similarly, the towering limestone islets of Halong Bay in Vietnam are breath-taking. Or to truly escape the tourist hordes, Caramoan in the Philippines is an undeveloped paradise of tropical islands, limestone cliffs and white sand beaches.

To visit Halong Bay or other beautiful attractions in Southeast Asia, browse our range of group tours.