Whether you’ve travelled through Vietnam, Cambodia or Thailand in the past and are looking for a different experience in Southeast Asia, or you’re completely new to this side of the world, you simply cannot go amiss with a holiday in the beguiling country of Myanmar.

Need a reason to go? We’ll give you 10. From its stupa-filled plains and impressive golden palaces to its traditional culture and age-old religious practices, Myanmar is a destination still relatively untouched by tourism making there no better time to go. Still need convincing? This photography is sure to get you reaching for your passport. 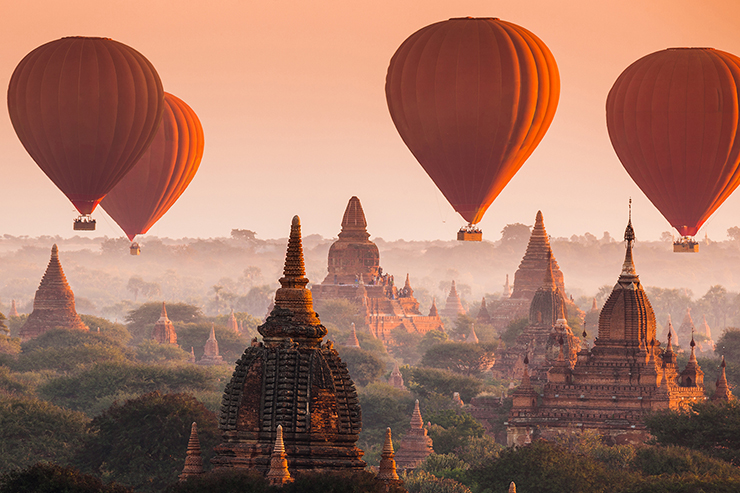 1. For its stunning stupa-filled plains

We aren’t going to beat about the bush here. Just the mention of Myanmar conjures up the image of hot air balloons drifting serenely over the misty temple-strewn landscape of Bagan – and it’s certainly one of our favourite reasons for heading here. 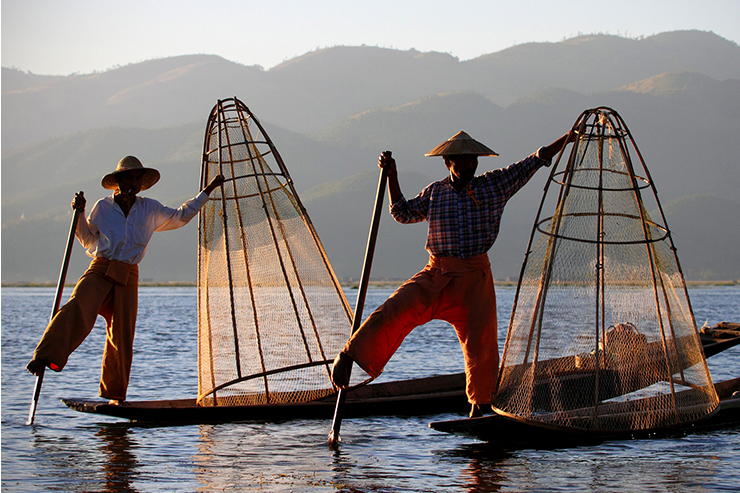 2. For its unique culture and age-old traditions

Having been cut off from the western world for so many years, Myanmar has been fortunate to retain much of its culture and traditions. Whether its the unique style of fishermen on Inle Lake, respecting proper etiquette, or the monks’ daily morning collection of alms. 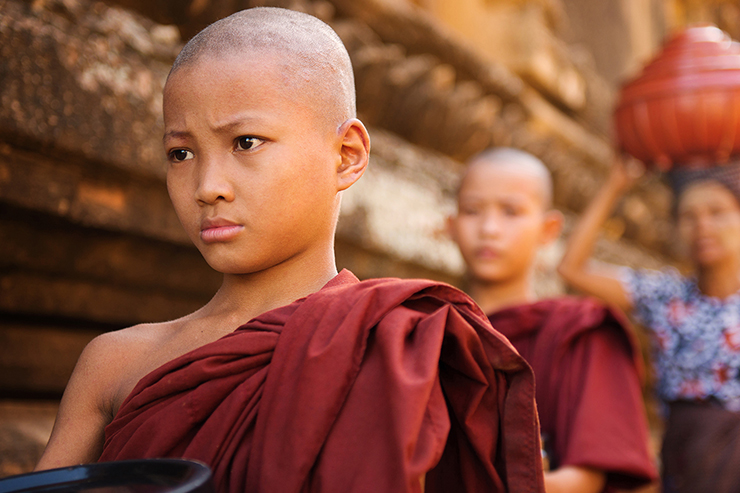 3. For its religious practices and rituals

Speaking of the daily morning ritual of Buddhist monks collecting alms, this is yet another reason to visit Myanmar. As a predominantly Buddhist nation, it’s fascinating to learn about their practices and beliefs and to see the importance their religion plays in the actions of everyday life. 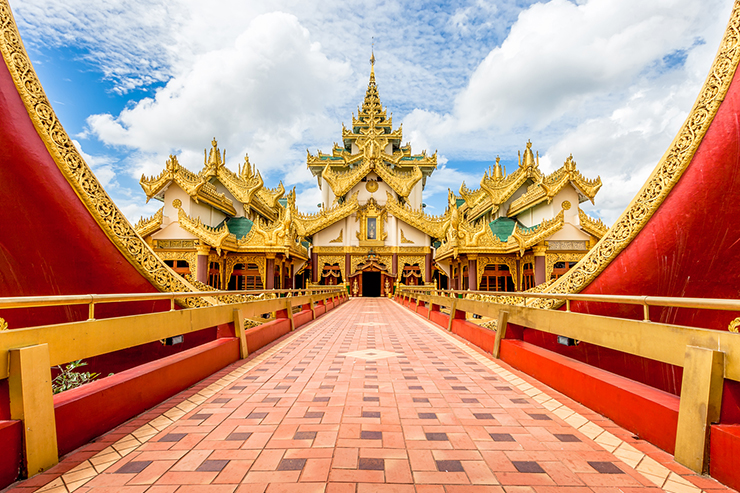 4. For its impressive palaces and pagodas

Whilst Egypt has its ancient temples and tombs, and Russia has its impressive cathedrals and kremlins, in Myanmar the country is glittering with golden palaces and pagodas, each more impressive than the other. Perhaps the most famous is Karaweik Palace, in the capital of Yangon.

5. For its tasty street food

Just like its culture, this country’s cuisine has benefited from a lack of tourism meaning many of the original flavours and ways of preparing food are still in use. Try traditional dishes like Kat Kyi Hnyat – similar to Pad Thai, fried quail eggs or Danbauk curry. 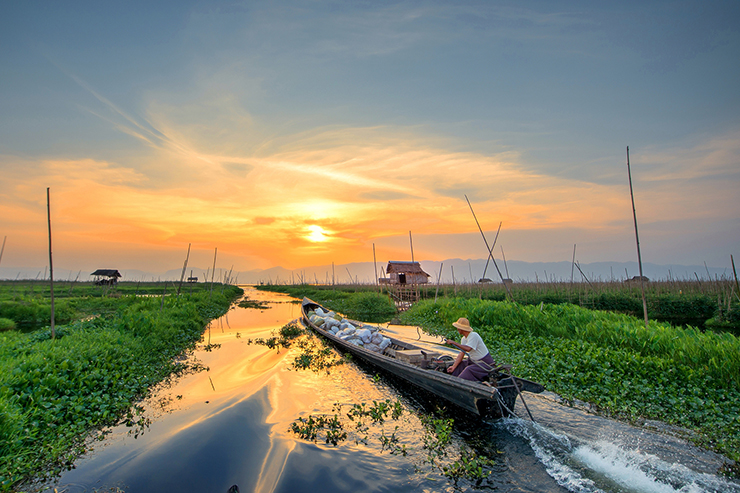 6. For its floating gardens

The people of Myanmar like to do things a little differently and their floating gardens are the perfect example – gardens on water rather than on land, but somehow they make it work! You have to see it to believe it – with tomatoes and cucumbers growing out of grassy mounds bobbing on the water’s surface. 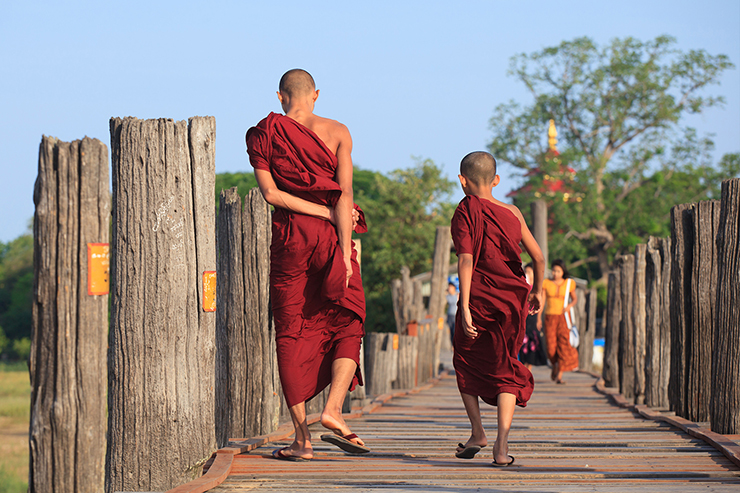 7. For its local interactions

The local people in Myanmar are incredibly friendly, and there’s not a chance you’ll leave the country without at least one memorable interaction. U Bein Bridge is a wonderful place to people watch and get chatting with the locals, plus you’ll often see monks here enjoying their evening stroll. 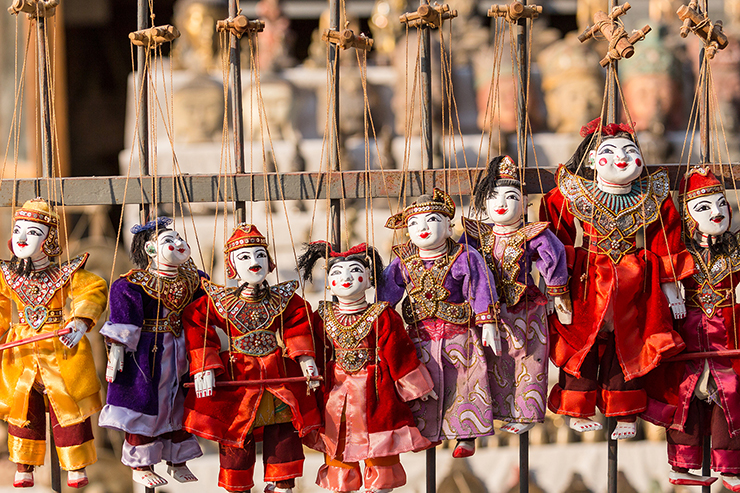 8. For its traditional handcrafts

Every country has its local crafts, and in Myanmar marionette puppetry is all the rage. Referred to locally as yoke thé, it’s a popular form of entertainment and you’ll easily find handcrafted puppets you can buy as souvenirs to take home with you. 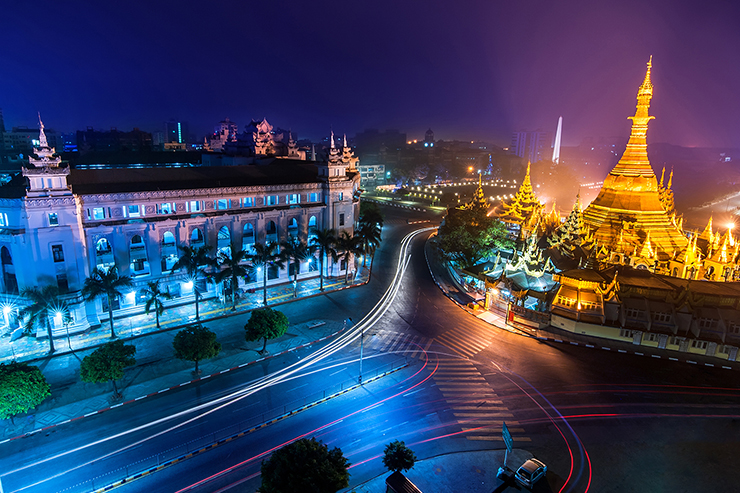 9. For the confluence of old and new

Following on from Myanmar’s re-connection with the western world, things are beginning to change – and fast. It’s a fascinating place to witness the integration of old and new at its beginning stages, but with rapid development, you may not be able to witness it for long. 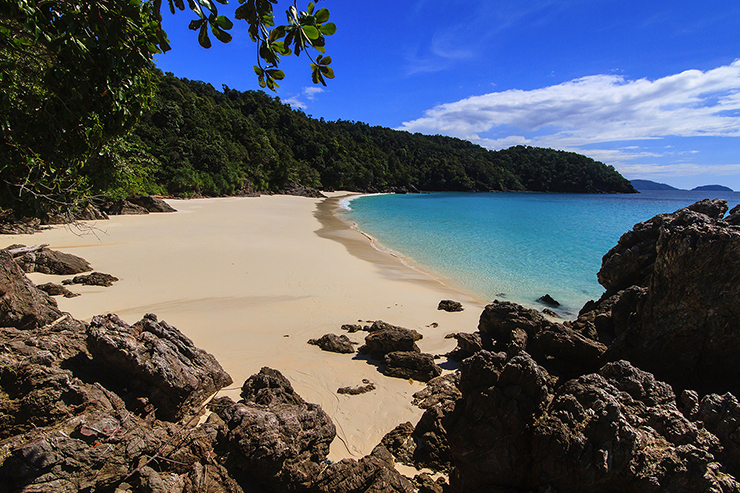 10. For its idyllic beaches

While Myanmar may not be your first thought for a beach break, it shouldn’t be so easily dismissed. Sun seekers will find respite on stunning stretches of beach along its coast, while offshore its tropical islands offer a tiny slice of paradise too – like Tafook Island in the Andaman Sea.

Inspired to visit Myanmar? Check out our range of group tours.