Renowned for its healthy Mediterranean diet and delicious cuisine, Greece also boasts its own street food scene. And there’s no better place to sample it than in Athens. Some of the city’s best food can be found on its streets and this offers a great, cheaper alternative to the capital’s higher-end restaurants. So if you’re thinking Greek cuisine is all feta cheese, olives and tzatziki – think again. We’re here to reveal the tasty dishes that make Athens’ best street food and where you can go to find them. 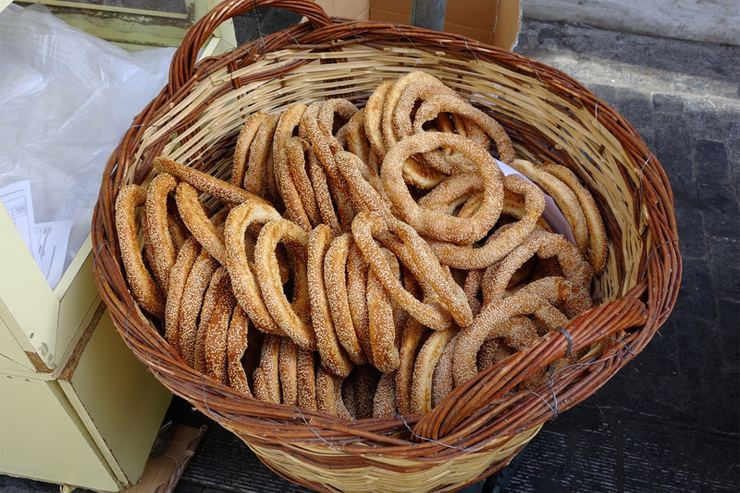 Koulouri @ The Koulouri of Psirri

A koulouri is, in essence, the Greek version of a bagel. Found all over Athens, these bread rings are covered in sesame seeds and have been eaten since the Byzantine times. Nowadays the locals tend to eat koulouri for breakfast or after a late night out.

Established in the 1990s, The Koulouri of Psirri is a firm favourite with the locals and has even attracted past presidents and celebrities. They supply most of the street vendors around Athens, but if you want to go to the source, head to their shop in the district of Psirri. Here you can choose between a hard and crunchy or soft and chewy koulouri to start your day with. 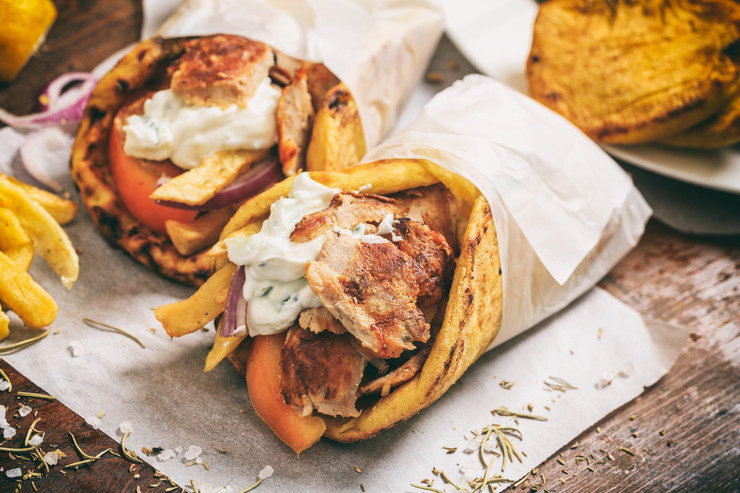 By far the most popular street food in Athens, this well-known dish originated in Ancient Greece. Stemming from the Greek word souvla, meaning skewer, this street food traditionally consists of souvlaki meat garnished with tomato, onion and tzatziki and wrapped in a grilled pita.

Having first opened its doors in 1950, Kostas is now run by Kostas Lavidas – the grandson of the restaurant’s founder and namesake. Found near Syntagma Square, it serves the most simple and delicious form of the street food, without the modern day addition of fries.

The daily line ups of hungry locals testify to the taste, with Kostas being a point of reference for many Athenians. But try to go before lunch to avoid queuing. Kostas opens in the morning but by 3pm is usually sold out. 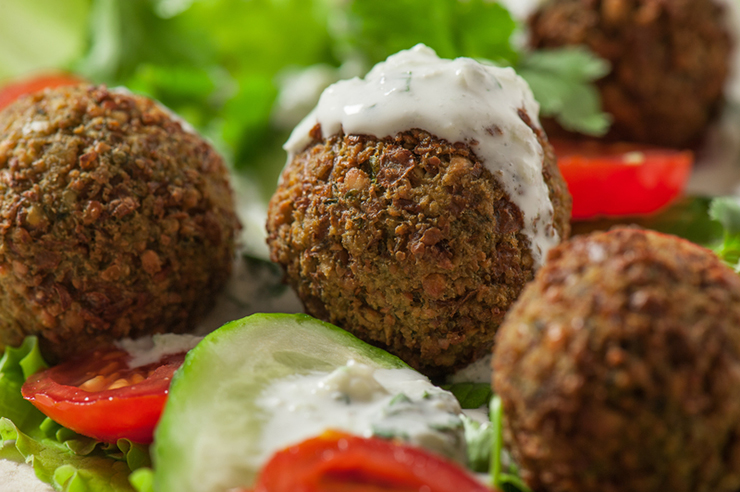 Whilst it may seem surprising to find falafel on this list, the Middle East has definitely had an influence on Greece’s street food scene. These ball-shaped delights are a deep-fried mix of ground chickpeas and other ingredients such as garlic, onion, cumin and parsley. Wrapped in a pitta, they’re then served with tahini sauce and salad.

The place putting fafafel on the city’s street food map is Falafellas. This hole in the wall is located on Aiolou street and is the best place for falafel lovers. Served in two sizes – pocket and giant – their falafel is prepared daily with fresh ingredients.

Likewise, Falafellas always has a long line. But with fast service you’ll soon be enjoying your falafel outside, where someone is usually playing traditional Greek music. 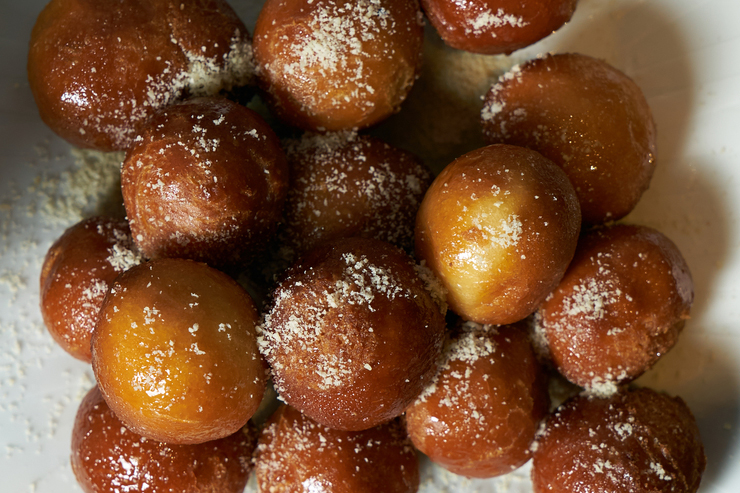 Most countries have their own version of the doughnut, but Greek loukoumades are arguably one of the best. This sweet dish consists of deep-fried dough balls, which are then dunked in honey and topped with cinnamon. They’re served only a minute or two after they’re ready and so are deliciously hot and crispy.

These traditional treats have recently been reinvented in Athens, with places offering a different and more varied selection of loukoumades. One of the best is Lukumades, which is found in the middle of Agias Irinis Square. Besides the traditional honey and cinnamon loukoumades, you can ask for them to be topped with chocolate, almonds, shredded cookies and more. Or, alternatively, go all out and get them stuffed with chocolate praline, lemon or banana cream. 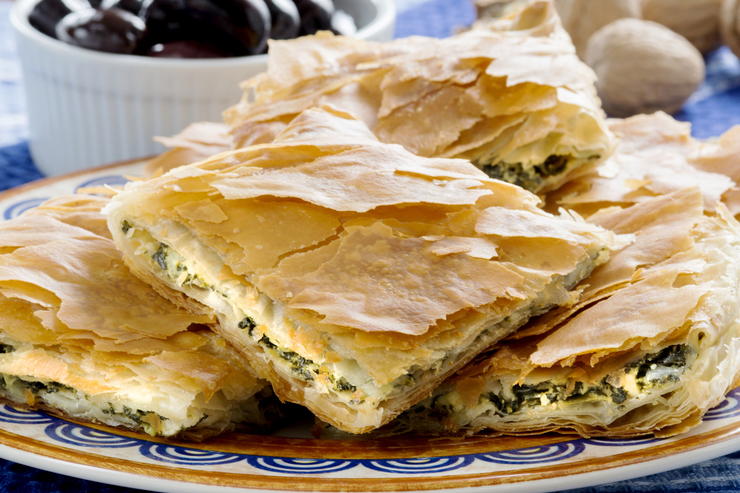 Much as you can find pizza everywhere in Italy, you can find pies everywhere in Greece. In the past when food was scarce, pies were an easy dish to feed large families. And there are now more than a hundred different varieties. The Greek word for pie is pita and two of the most popular varieties are a cheese pie known as tyropita and a spinach pie called spanakopita.

Behind Syntagma Square and on the busy Voulis Street you’ll find Ariston. Established in 1910, the shop is still owned by the original family and is the place to go for pies. There are at least 15 different varieties on offer every day, but Ariston is most famous for its kourou pies. This cheese variety contains a hearty dose of feta and a buttery pastry that simply crumbles in your mouth.

if you’re looking for a taste of the best street food in Athens, why not check out our group tours?