Located in the foothills of the Himalayas, the Kathmandu Valley is a patchwork of sacred temple towns and terraced fields. World Heritage-listed since 1979, it’s home to historic monuments and buildings showcasing the works of Nepal’s artisans and architects.

From soaring past the world’s highest peak to discovering the largest stupa in Asia, here’s what a member of our team had to say about their experience exploring the Kathmandu Valley. 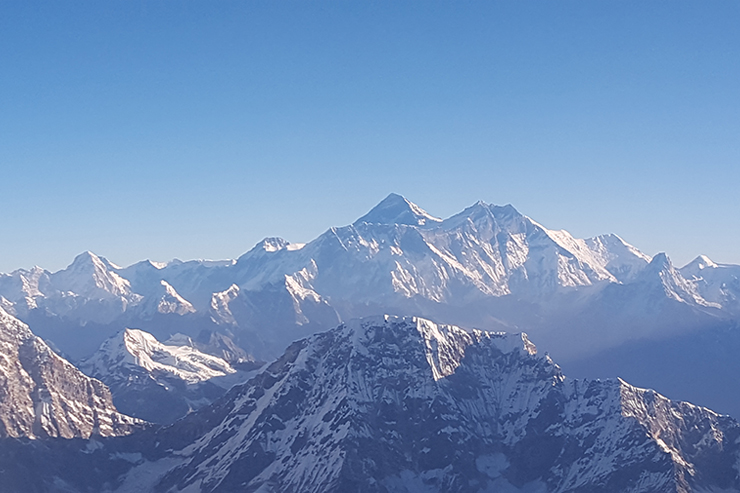 Champagne breakfasts usually mark a special occasion. But drinking champagne in the morning whilst flying past Mount Everest brought it to a whole new level. On our first full day in Nepal, we rose early for the optional scenic flight and drove straight to the airport. After checking in for our flight to ‘Mountain’, we boarded the plane and eagerly took our window seats.

During the hour long flight we were given a map of the Himalayas and the chance to join the pilot in the cockpit for our first views of the world’s highest peak. As someone who’d never aspired to trek to Everest Base Camp, let alone attempt to reach the summit, the chance to see the ‘top of the world’ was a real bucket list moment. And the champagne was more than apt even in those early hours. 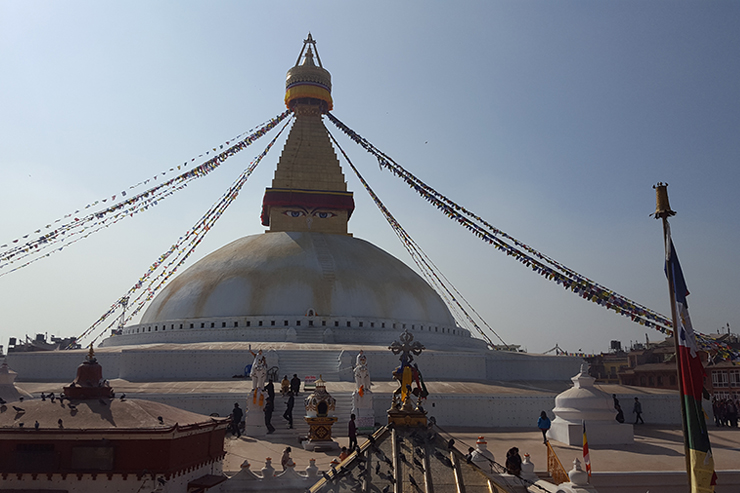 Back on Terra Firma, we grabbed a quick breakfast before heading to Bodhnath Stupa. As the largest stupa in Asia, the structure was designed to represent the body of Buddha. And its most striking feature is the tower bearing the Buddha’s eyes.

The base of the stupa and the surrounding square was a cacophony of sounds, smells and people. Tibetan monks with incense vied for our attention, alongside many other local traders and cafe owners. For views over the square, a trip to one of the rooftop cafes or the stairs of the monastery is a must. 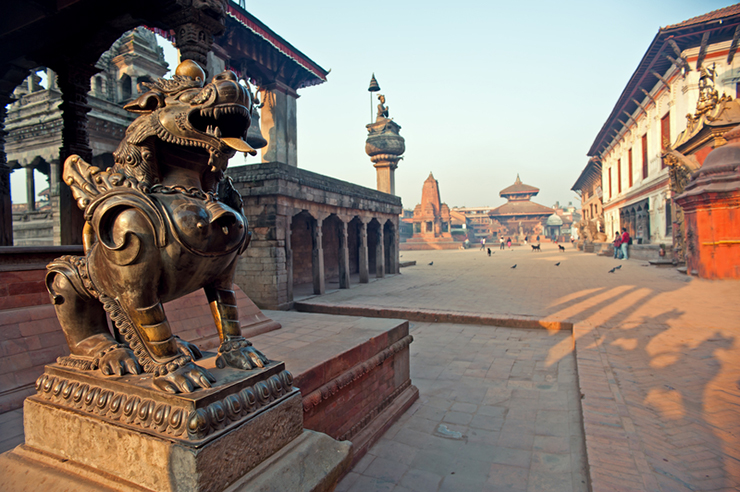 The city of Bhaktapur

Next stop was the city of Bhaktapur and its Durbar (Royal) Square. It was here that we first saw the signs of the destruction caused by the earthquake in April 2015. Scaffolding adorned a few of the palaces and some of the temples were completely destroyed. There is a charge for tourists to visit Bhaktapur, however this goes into the square’s restoration work. Due to the lack of people with renovation skills, this is unfortunately expected to take around 10 years to complete.

Despite the effects of the earthquake, it’s still well-worth a visit to Bhaktapur’s Durbar Square. Its size and scale is impressive, as it consists of four squares within one complex. One of these was filled with locals watching a charity dance for a local children’s home. The display was vibrant and the dancers wore traditional costumes. We stopped for lunch at one of the rooftop restaurants and enjoyed beautiful views over the city and surrounding Himalayan foothills. 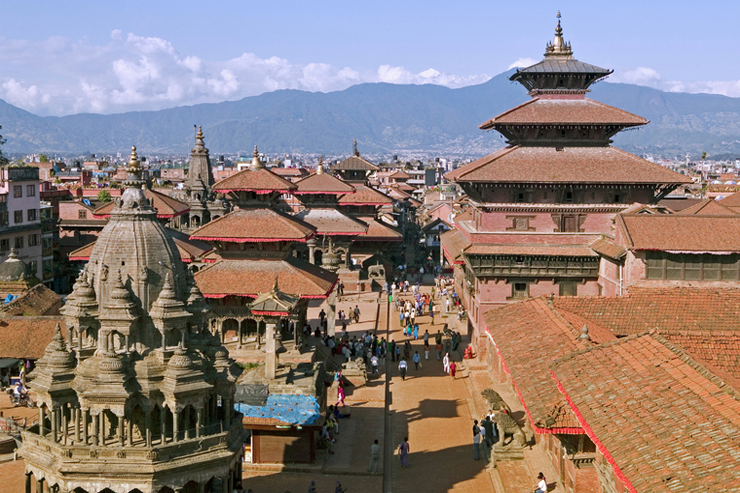 Our last stop was the city of Patan, just south of Kathmandu, and its own royal square. Also named Durbar Square, this area contains ornate buildings housing many Hindu and Buddhist temples. Krishna Mandir was the most striking of them all, containing shrines to Krishna, Shiva and Buddha.

Here, as in Bhaktapur, the earthquake’s after-effects are still visible. Patan’s oldest temple, Char Narayan, was completely destroyed and remains fenced off as they wait for the rebuild. However, the square still comes to life in the late afternoons as a meeting place for the locals. Not only was this the perfect spot to people-watch, but also to watch the sun set on our spectacular day of sightseeing.

Want to experience the Kathmandu Valley for yourself? Check out our group tours to Nepal.