Trekking is undoubtedly one of the best ways to experience a country’s landscape. And there’s something quite special about getting out in the fresh air and immersing yourself in the scenery with all that you need on your back.

But whilst treks such as the Inca trail in Peru or Mount Kilimanjaro in Tanzania are famous across the world, there’s plenty of other routes out there that are just as spectacular – only a little less travelled. So here’s five lesser-known hikes that should also be on your trekking bucket list. 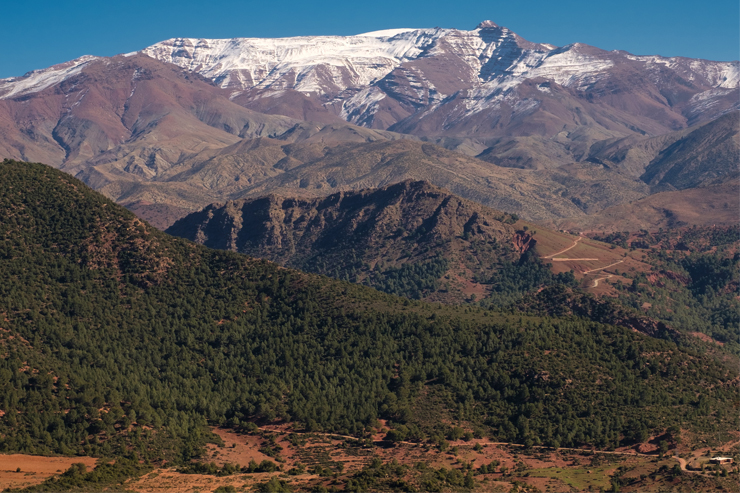 Migration of the Berbers, Morocco

Duration: Five Days
Grade: Moderate
When to go: May or October

Few have heard of the Berbers, but these nomadic communities have lived in North Africa long before the Arabs. With a culture dating back more than 4,000 years, Berbers tend to inhabit rural areas of Morocco and can be identified by their language and traditional customs.

Herding sheep and goats is a vital part of the Berber’s economy. And twice a year they trek with their herds between the Dades Valley and the High Atlas Mountains. Whereas at the start of summer they trek into the mountains to escape the heat, before winter they return to the lower valleys to avoid the freezing high altitude temperatures.

Joining the Migration of the Berbers is not only a unique trekking adventure, but also a chance to immerse yourself in one of the few cultures that still revolves around nature’s timing. Spending each night in a rustic Berber camp, you’ll learn all about these fascinating people who know the Moroccan landscape like the back of their hands. 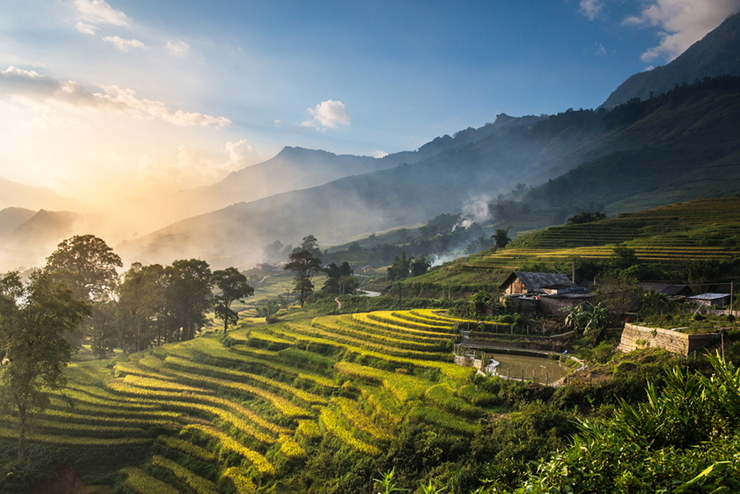 The Hill Trails of Vietnam

Duration: Options from one to five days
Grade: Easy to difficult
When to go: October to May

With its patchwork of rice paddies, dramatic valleys and rolling mountains, it’s no surprise that northern Vietnam is home to a variety of trekking opportunities. However, what makes this area even more remarkable are the hill tribes that call it home.

Vietnam has over 50 recognised ethnic groups and, whilst they all share a traditional rural existence, each one still maintains its unique culture and language. Amongst the most populous are the Tay, Dzao and Hmong and those trekking in this region are fortunate enough to have the once-in-a-lifetime experience of a home-stay with these tribes.

One of the best bases to trek from is the former French hill station of Sapa. Numerous ethnic minority villages are located nearby including the Dzao village of Ta Phin and Hmong settlement of Sa Seng. Visitors can choose from easy day walks to demanding treks lasting several days. But thanks to the differing gradients of the routes, there’s options for all levels of fitness. 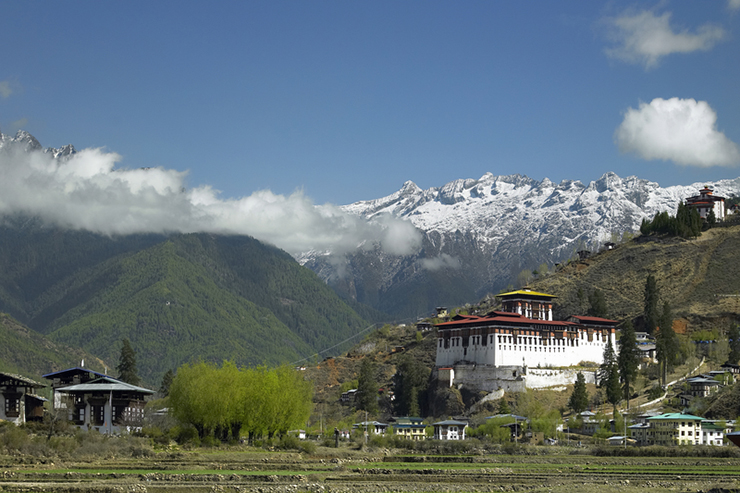 One of the oldest and most popular treks in the country, the Druk Path showcases the best of Bhutan. Starting in Paro, the trail passes pine forests, pristine lakes and breathtaking mountain scenery to reach the capital of Thimpu.

Highlights include spectacular views of mountains Jitchu Drake and Gangkar Puensum – the latter being one of the highest un-scaled peaks in the world. Ancient dzongs and villages also add to the scenery. And the trail passes the ruins of Jeli Dzong, a fortress set high above the Paro Valley.

With fairly short distances between rest stops, the Druk Path is a relatively easy trekking adventure and the perfect introductory experience to Bhutan’s Himalayan Kingdom. 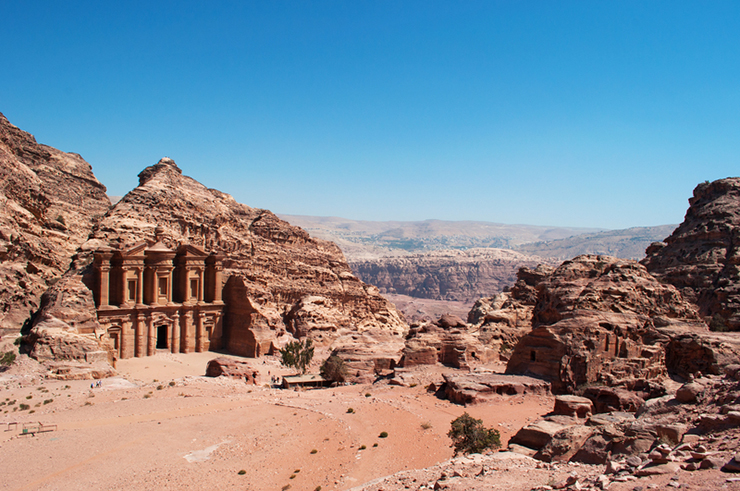 The ‘Jordan Trail’ from Dana to Petra

Offering 40 days of trekking, the ‘Jordan Trail‘ covers over 650 kilometres from Umm Qais in the north to Aqaba in the south. But for those with less time who still want to trek this Middle Eastern nation, there’s a shorter alternative.

The most famous, and the most awe-inspiring, section of the trek runs from Dana to Petra. And was named one of the 15 best hikes in the world by National Geographic. The trail offers a stunning diversity of landscapes including dramatic valleys, rocky desert, dry wadis and sandstone mountains.

But if its natural attractions weren’t enough, this section of the trail ends in the rose city of Petra. And it’s worth taking a few extra days at the end of your trek to explore this World Heritage-listed wonder. As one of the world’s most famous archaeological sites, the city features ancient buildings carved directly into pink sandstone cliffs. 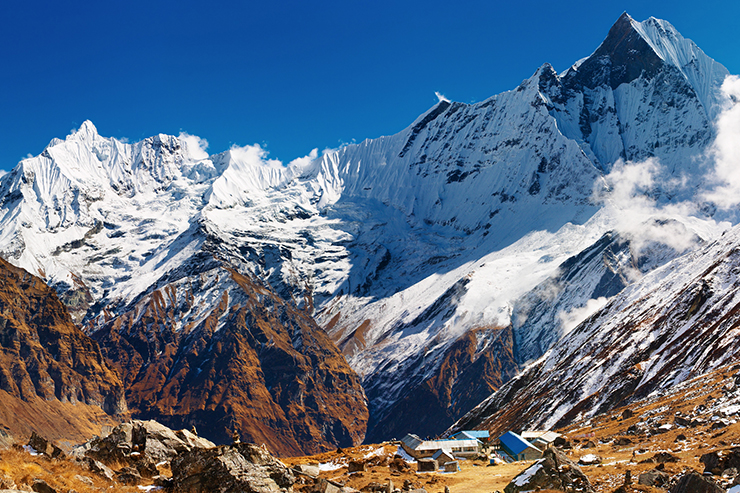 Duration: 11 Days
Grade: Difficult
When to go: October to November or March to April

One of the greatest Himalayan treks, this route takes you to the spectacular natural amphitheatre known as the Annapurna Sanctuary. Here, giant peaks such as Annapurna 1, Machhapuchhre and Gangapurna reach heights of over 7,000 metres – creating a breathtaking mountain arena.

The Annapurna Sanctuary Trek ascends through picturesque forests, pretty villages and terraced rice fields to the sanctuary. The route also features the celebrated viewpoint of Poon Hill at an altitude of 3,195 metres. And those who head there before dawn are in for a truly unforgettable sunrise experience.

As this trek is a very popular route, the paths are in mostly good condition. However, those with this trek on their bucket list will need to ensure that they are physically prepared. With high altitudes and steep trails, this trek places greater demand on the body than those at lower elevations.

Want to take on one of these treks yourself? Check our our range of trekking and walking holidays.