With so many alluring qualities, from its hauntingly beautiful caves, delicious cuisine and exotic wildlife, to its tropical islands, underwater life and beachside living, what good reason is there not to visit this island gem? If you’re thinking of heading to southeast Asia and haven’t yet decided where to go, here’s why you need to visit Borneo. 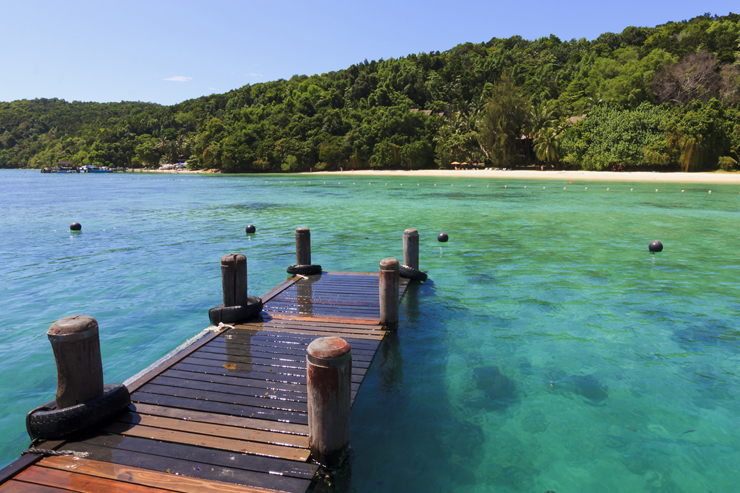 For its beautiful islands

While Borneo is already an island in itself, forming part of the Malay Archipelago, one of its major drawcards are the tropical isles dotted in its surrounding waters. The unspoilt beauty of Sipadan, Lankayan and Selingan make for the perfect place to unwind on the beach, snorkel in crystal clear waters and to spot resident sea turtles. 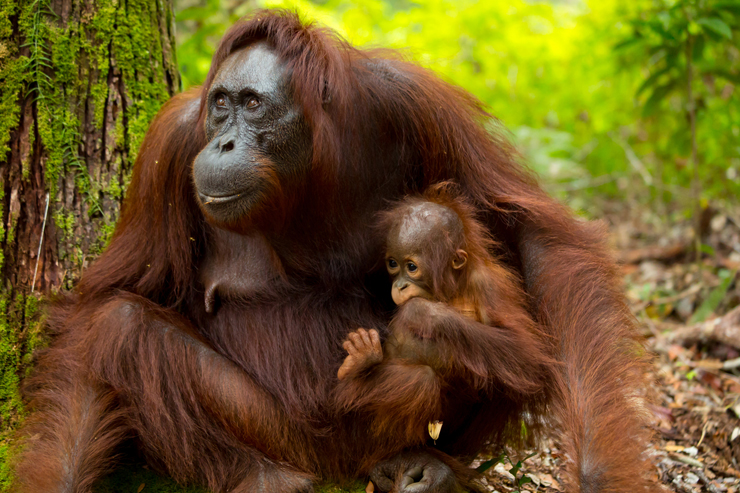 For its exotic wildlife

Whilst the orangutan is certainly the star attraction of Borneo’s wildlife scene, this tropical island has plenty more curious creatures worth searching out. From the cute wide-eyed tarsier and comical proboscis monkey, to endangered species of Sumatran rhino and Borneo pygmy elephant, the diversity of wildlife here is not to be underestimated. 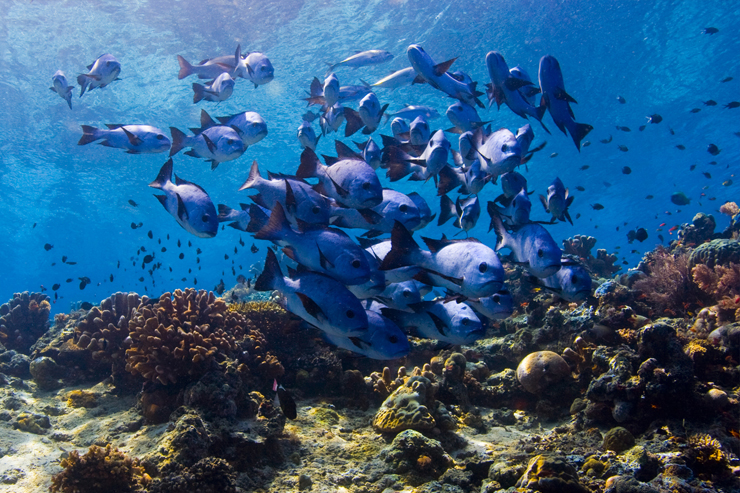 For the underwater life

While land lubbers will find respite in Borneo’s lush rainforests and exotic wildlife, this island’s beauty is not restricted to ground level. The warm blue waters surrounding Borneo are brimming with fascinating marine life – be it sea turtles, schools of blue snappers and colourful coral reefs. 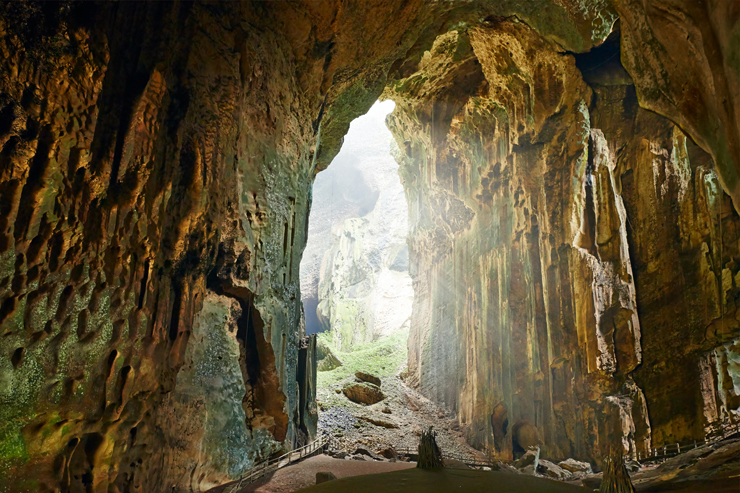 For its magical caves

When searching for the words to describe the caves of Borneo, the most appropriate seem to be hauntingly beautiful. Whether you are exploring the Gomantong Caves in Sabah or Mulu Caves of Sarawak one thing is for sure, when the sun streams into the cave the effect is just magical. 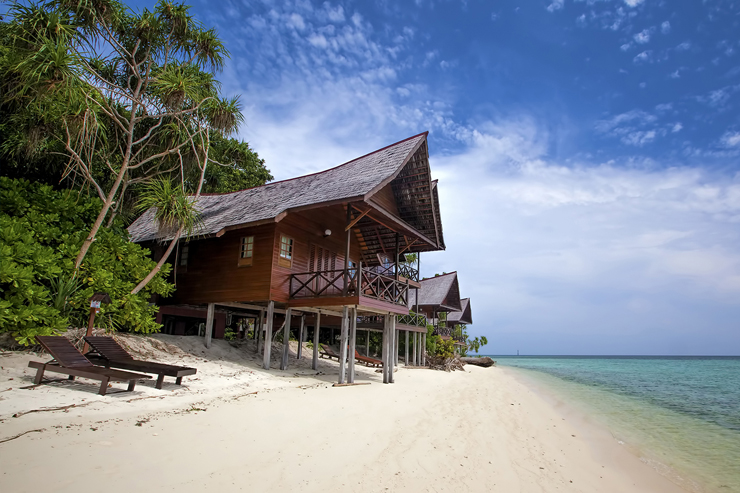 For its beach-side accommodation

Nothing says beach break better than setting up shop quite literally on the beach, warm water lapping at your wooden stilts. On Lankayan Island, a tiny paradise nestled within the Sea Turtle Corridor, you can while away the days (and nights) on its beautiful white sand beaches. 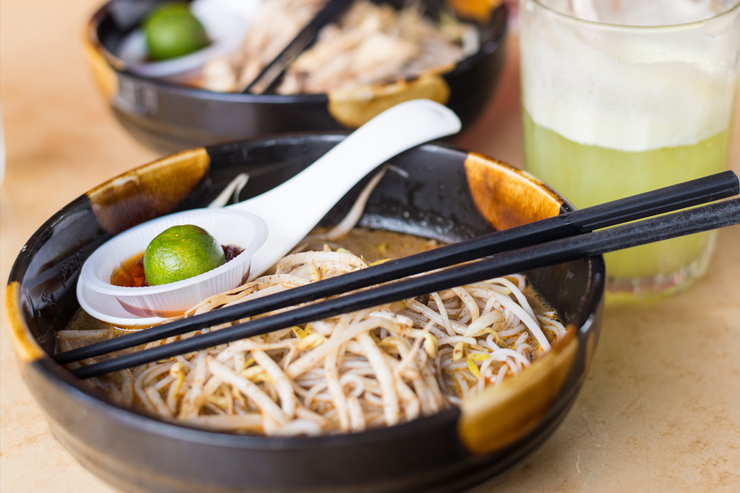 For its delicious cuisine

Borneo has all sorts of delicious items on the menu and one of its favourites is laksa. This tasty plate is a spicy dish made up of chicken, prawns, chilli, coriander, coconut and rice noodles with a squirt of lime. Kuching is the ‘food capital’ of Borneo, where you can easily track down laksa and other local delights at food halls, street vendors or restaurants. 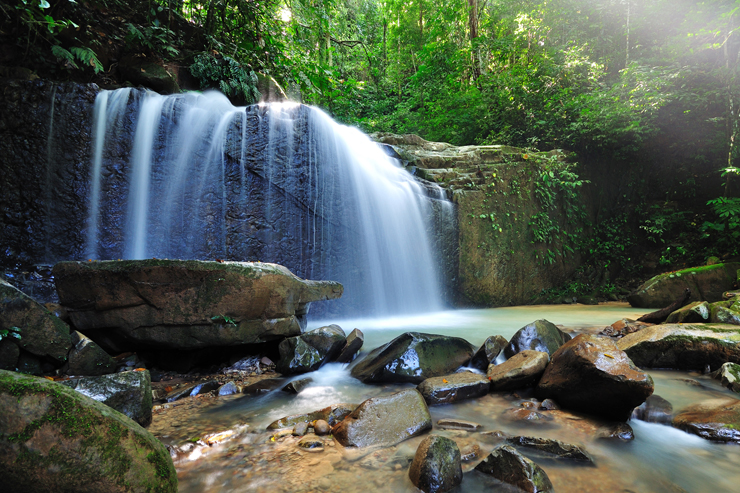 For its hidden waterfalls

There’s something quite alluring about the idea of taking a dip in the cool refreshing waters of a hidden waterfall – and lucky for you, Borneo is brimming with them. Hiking through the wilderness of one of Borneo’s national parks you are bound to come across a quiet waterfall where you can go for a swim and float on your back in your own private paradise. 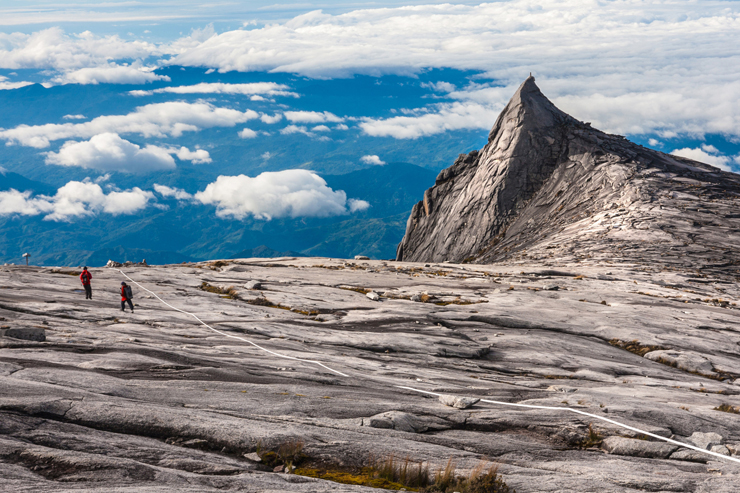 For its lofty peaks

If you fancy yourself a maverick at heart then you’ll surely want to dust off those hiking boots to tackle the heights of Mount Kinabalu – the highest mountain in Malaysia rivalling some of Southeast Asia’s most impressive peaks at 4000 metres high. Time your trek to reach the summit at sunrise and you won’t be disappointed. 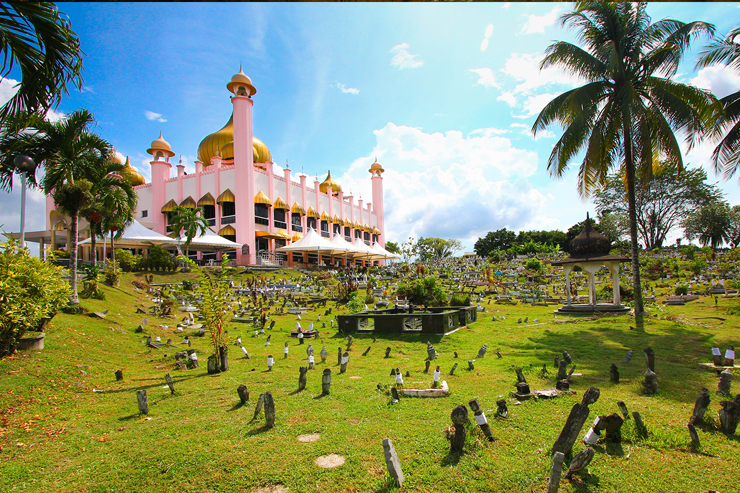 For its religious architecture

Whilst the focus on Borneo is generally to do with its beaches or wildlife, it actually has some pretty stunning architecture too. With a predominate Christian and Muslim population, the island is dotted with pretty churches and mosques. In Kuching, the Masjid Bahagian Mosque – also known as the Pink Mosque, is the most important in the city, dominating the skyline with its Mughal-style domes.

Inspired to pack your bags and head to Borneo? Take a look at our group tours.