Boasting 2,000 kilometres of stunning coastline, Croatia is one of the top sailing holiday destinations in Europe. And dotted along its dreamy shores are over 1,200 islands. From small uninhabited islets to peaceful beach escapes and buzzing party spots, Croatia’s islands have something to offer everyone. So to help you find the one for you, here are the best Croatian Islands for every kind of traveller. 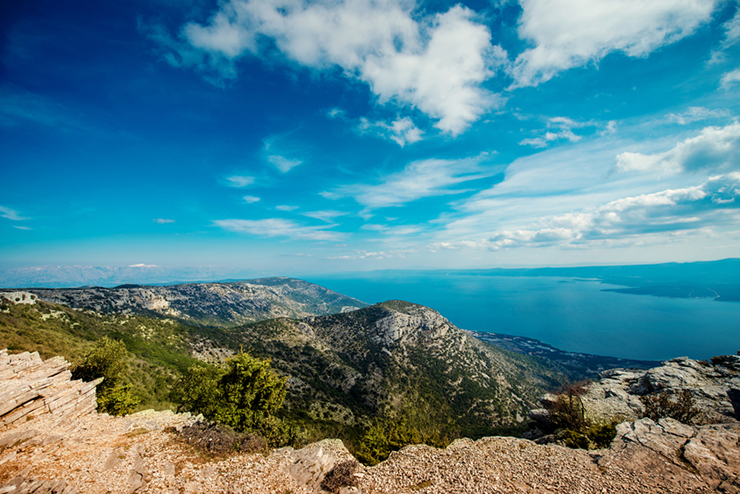 Brac: for the adventurer

As the third-largest island in Croatia, Brac is packed with options for those looking to take an active holiday. Watersports lovers can windsurf, kayak and parasail, or head beneath the crystal-clear waters to go diving. There’s also boating and fishing on offer, as well as mountain biking or tennis for those on land.

It’s worth hiring a car or bike to explore Brac’s pretty villages and harbour towns. Bol is an excellent base for hiking the island’s highest peak, Vidova Gora, and once you reach the top you’ll be wowed by stunning views over Zlatni Rat – the most famous beach in Croatia.

‘What I love about Brac is that it’s Croatia in a nutshell. And has much more to see than Zlatni Rat. I actually spent more time exploring the north and eastern sides of the island by bike, with coves and bays bathed by crystal clear waters and gorgeous views to the Biokovo mountain range. The charming little towns of Bol, Supetar and Sumartin have just the right amount of restaurants and bars to complete the authentic Croatian experience.’ 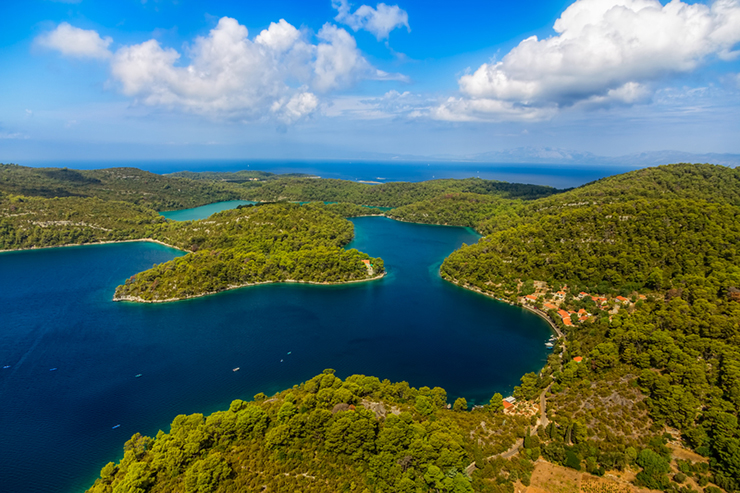 Mljet: for the nature lover

Known as the ‘Green Island’, Mljet is considered one of the most beautiful in Croatia. Despite only the western half being a national park, nearly three-quarters of the island is covered in verdant forest. And dotted amongst this lush vegetation are vineyards, fields and a handful of tranquil villages.

Mljet is well-known for its two saltwater lakes, Malo and Veliko Jezero, the latter of which contains a small island with a 12th century Benedictine Monastery. The surrounding seas are also rich in fish and marine life, making it one of the best Croatian islands for diving. 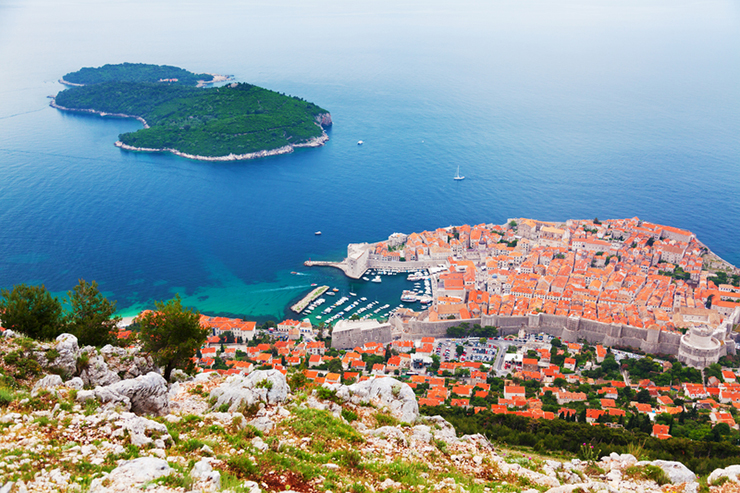 Lokrum: for the day tripper

Ideally located just a short ferry ride from Dubrovnik, Lokrum is the day trip of choice for both locals and tourists alike. Nobody lives on the islands, or even spends the night, and with no cars allowed – this is the best spot to get some peace and tranquillity away from Dubrovnik’s bustling Old Town.

The island is home to its own ‘Dead Sea’, a small salt-filled lake that’s very popular for swimming in. Other attractions include the medieval Benedictine monastery. Here you’ll find a restaurant, a display about the island’s history and the TV show Game of Thrones – which was partly filmed on the island.

‘While staying in Dubrovnik, I took the quick 15-minute ferry out to visit the small island of Lokrum and stepped off the boat to discover peacocks freely roaming around. I walked through the botanical garden, olive groves, and remains of the 12th or 13th-century Benedictine monastery, and then climbed my way up to Fort Royal on top of the highest point of the island, where I was met with views of the hilly seaside of Dubrovnik alongside the shimmering blue waters of the Adriatic. I cooled off with a swim in the sea and lounged along the rocky coast, the perfect ending to my serene visit to Lokrum.’ 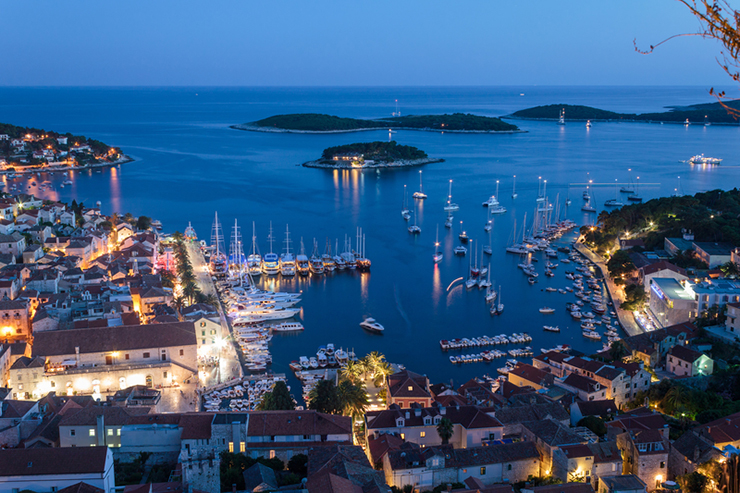 Hvar: for the party goer

Set just an hour from the port of Split, Hvar is one of the sunniest spots in Croatia – with over 2,724 sunny hours per year. But it’s not just the weather that makes this Croatian island so popular. Dubbed the ‘new Ibiza’, Hvar attracts is one of the best Croatian islands for partygoers. It attracts both low-budget backpackers and glamorous yacht owners to its capital.

From June to September, Hvar Town is the ‘town that never sleeps’ with boozy parties lasting all night long. Popular beach bars include Carpe Diem, set right on the water, and Hula-Hula Hvar with its enticing range of cocktails. And when these close, the parties continue on the beachfront or aboard one of the fancy private yachts. 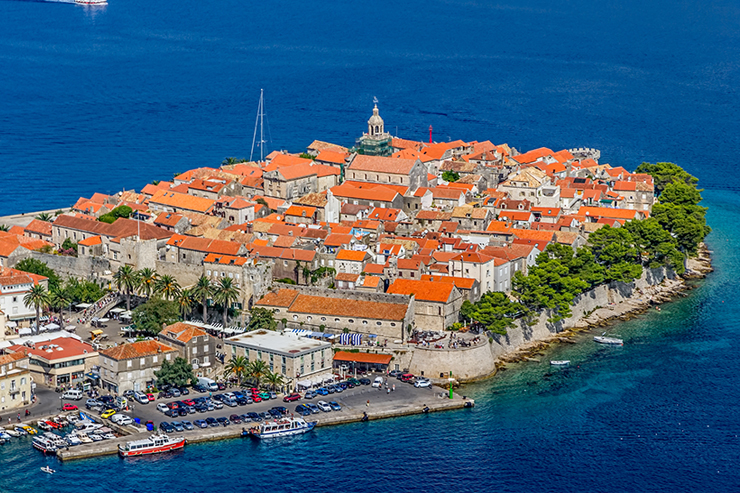 Korcula: for the history nerd

Surrounded by 14th-century walls, Korcula Town is often compared to Dubrovnik. But with fewer crowds to deal with, this is the perfect place to delve into Croatia’s rich history and culture. The town is home to the Marco Polo Museum and the beautiful Cathedral of St Mark, the tower of which dominates the area’s scenic skyline.

Traditions are well-maintained in Korcula, with age-old religious ceremonies, folk music and dances still carried out today. Once a widespread custom in the Mediterranean, the Moreska Sword Dance spread to Korcula in the 15th-16th centuries and has been regularly performed here ever since. 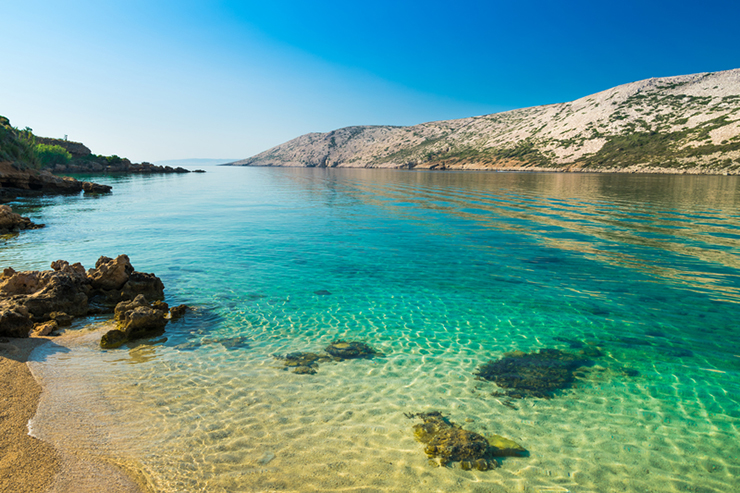 Rab: for the beach bum

If the shingle found elsewhere in Croatia isn’t for you, then head to Rab and its dark, gold sand beaches. Paradise or Rajska beach is the best of them, with plenty of pizzerias and ice cream stands to indulge in after a hard day sunbathing and splashing in the water.

However, with 29 other fantastic beaches to choose from, you’re spoilt for choice. Rab’s beaches range from quiet coves to naturist beaches. And when you’ve had enough sun – Rab Town is also worth a look. 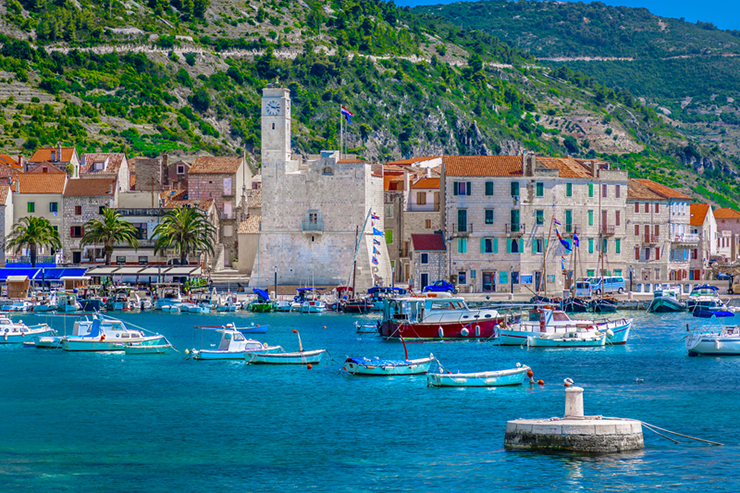 Vis: for the foodie

After several decades of isolation, visitors now flock to Vis. And one of the reasons why this is one of the best Croatian islands is Vis island’s gourmet delights. Unsurprisingly, seafood is at the heart of the isle’s cuisine. And with a thriving fishing tradition, you can expect some of the freshest in Croatia.

Alongside lobster, you can taste the likes of sea bass, bream, dory and turbot. The island also has its own distinct grape, vugava, which has been cultivated here since ancient times. You can sample Vis’ excellent wines in several beautiful vineyards.

If you’re looking to explore multiple islands along Croatia’s coast, then a sailing holiday is your best option. In between stopping off at charming ports, medieval towns and unspoilt beaches, you can simply lounge out on deck in the sun and soak up the stunning views.

‘Having seen the gorgeous old town of Dubrovnik, I set sail with numerous others to explore the Dalmatia coastline. Anchoring at party islands, historic islands and lesser-known islets, sailing around Croatia taught me a new appreciation for the sea and a different way to explore this beautiful country. There’s a reason that so many people travel here.’

– Lisa, Girl about the Globe

Which are the best Croatian islands in your opinion? Let us know in the comments!

Dreaming of Island hopping in Croatia? Take a look at our range of sailing holidays.