Skip to content
On The Go Tours Blog > Globe Trotting > Moscow or St Petersburg: Which Russian City Should You Visit?

On first impressions, it would seem Moscow and St Petersburg have much in common. They have both served as Russia’s capital and are both set on major rivers. They also both boast outstanding cultural centres, with many museums and theatres. But Russia’s largest and best-known cities offer visitors two very different experiences. So if you’re struggling to choose between Moscow or St Petersburg, here’s our guide to these Russian cities. 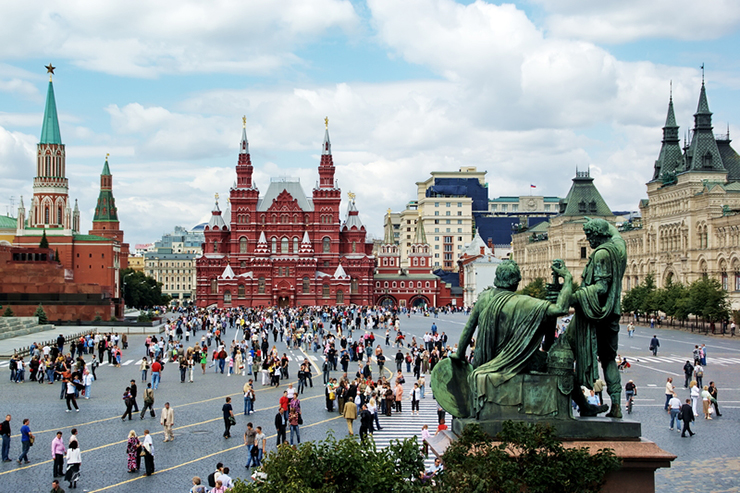 As the country’s capital, Moscow is the best place to comprehend the power and might of Russia. With a history stretching back a millennium, Moscow is known for its military battles and political struggles – with remains of the Soviet state scattered all over the city. Alongside vast public squares and unique Russian architecture, you’ll find Communist-era monuments and commanding citadels. But Moscow is far from stuck in the past, with plenty of shopping, excellent restaurants and a buzzing nightlife to add to the mix. To help you choose between Moscow or St Petersburg, here’s a profile of the Russian capital.

What are the highlights of Moscow?

Red Square: Possibly the most famous square in Europe, Red Square is the spiritual heart of Moscow. It’s home to some of the city’s most important landmarks and evokes an incredible sense of awe as you stroll across the cobblestones.

St Basil’s Cathedral: Created in the 16th century, this masterpiece is one of Russia’s most photographed sights. And with its iconic mix of colours, patterns and shapes, it’s easy to see why.

Bolshoi Theatre: Moscow’s performing arts are still among the best in the world, and there’s nowhere better to experience them than at the Bolshoi Theatre. Prepare to be wowed by operas and thrilled by gravity-defying ballerinas.

GUM: This 19th-century structure is Russia’s most important, and most iconic, shopping mall. Showcasing the Russian-revival architectural style, GUM is home to around 200 high-end stores. But you can take a walk through for free.

Kremlin: Moscow’s seat of power and the largest active fortress in Europe. This magnificent complex contains palaces, museums, churches and the President’s residence within its 2,500 metre long walls. 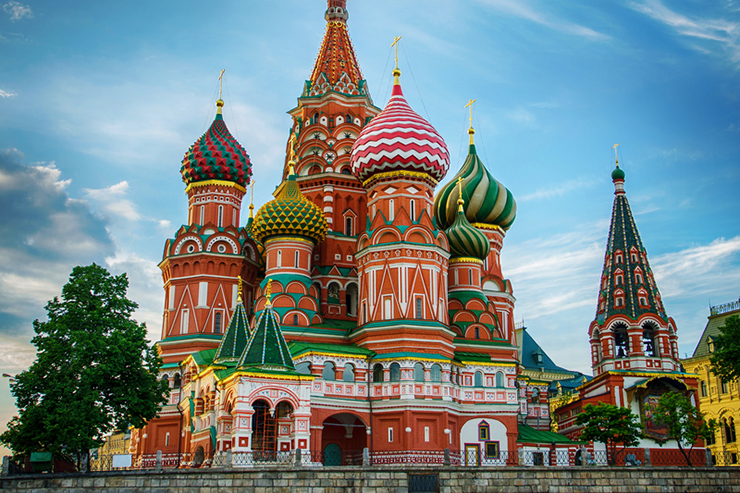 When is the best time to visit Moscow?

Although summer brings warm and dry weather to Moscow, it also brings skyrocketing hotel prices. Therefore the best time to visit is during the spring months of April and May. You can expect warmer temperatures, sunshine for significant portions of the day and less rainfall than in autumn.

Winters in Moscow can get very cold, however don’t let this put you off. The capital is a fantastic place to experience Christmas celebrations and ring in the New Year.

How do I get around Moscow?

Moscow’s historic centre is small enough to explore on foot, which can count as an advantage when deciding between Moscow or St Petersburg. To go further afield, visitors are best to avoid the traffic and use the highly efficient metro system. It’s recommended to buy multi-ride tickets to skip queueing each time you ride. An overground railway ring line is also connected to the metro and circles the city. This can be useful for those interested in visiting sights on the outskirts of Moscow.

Unfortunately, even by European standards, Moscow is a very expensive city. When it comes to accommodation, budget hostels can be found in the downtown area and are the cheapest option. However, just a little outside the centre, it’s possible to find modern double rooms for around $80 a night.

Once you’re in the city, you’ll find that food and transport are much more affordable. A multi-ride ticket on the metro will cost you less than $10 for 10 journeys. You can also find a budget dinner for around $15. 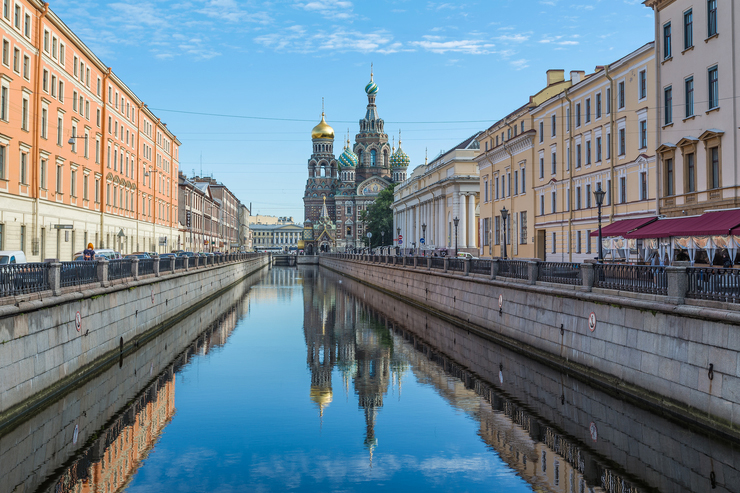 Intended from the start to be a display of Imperial Russia’s growing status in the world, St Petersburg oozes elegance and splendor. A host of European architects were employed to add marvellous cathedrals and palaces to the city’s layout. These, combined with the maze of canals and over 300 bridges, cause the city to have a distinctly European feel. There’s also galleries, impressive monuments and a wealth of museums adding to the glory of Russia’s first great modern city. To help you decide between a city break in Moscow or St Petersburg, here’s some more information about the latter.

What are the highlights of St Petersburg?

Hermitage Museum: One of the largest and most prestigious museums in the world, the Hermitage has over 3 million items in its collection ranging from Egyptian mummies to Impressionist masterpieces.

Church of the Saviour on the Spilled Blood: This elaborate church boasts fives domes and a Russian Orthodox exterior, with its interior decorated by some 7,000 square-metres of mosaics.

Winter Palace: Dominating Palace Square and the south embankment of the Neva River, the Winter Palace is the most famous building in St Petersburg. It was the main residence of the Russian Tsars from the 1760s onwards.

Mariinsky Theatre: A venue that has seen the likes of Prokofiev and Tchaikovsky, the Mariinsky Theatre has long been one of the world’s most famous theatres for opera and ballet. 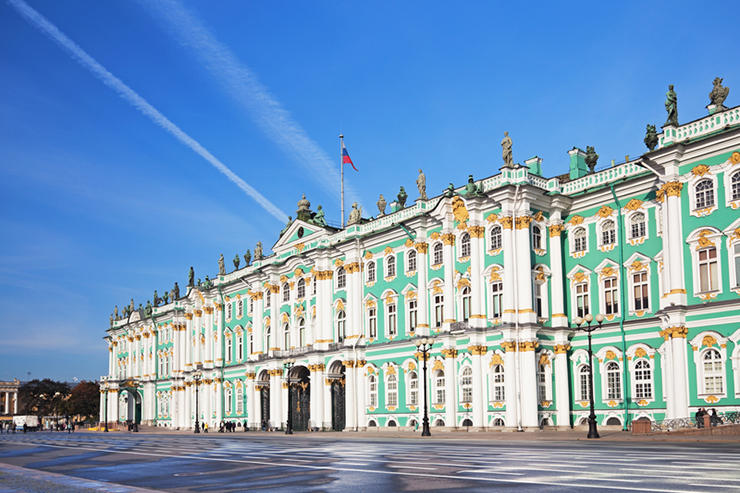 When is the best time to visit St Petersburg?

Although the summer months are also expensive in St Petersburg, mid-June to September is by far the best time to visit. Between late May and late July the sun never fully sets and this wonderful natural phenomenon is known as ‘the white nights’. St Petersburg comes alive during this time with a calendar of cultural events and the celebrations are not to be missed.

How do I get around St Petersburg?

St Petersburg’s metro is not only efficient and architecturally beautiful, but also the deepest in the world – reaching 105 metres below ground. Each station is a magnificent work of art and the metro is the most popular way to travel the city.

Other modes of transport include the public buses or the marshrutka. This popular minibus follows a set route but is hailed down like a taxi. Whilst this is a very affordable way of exploring St Petersburg, it’s mostly used by locals. It can also be a challenging experience for those who don’t speak Russian.

This can be an important factor when choosing between Moscow or St Petersburg. Generally, St Petersburg can be considered cheaper than Moscow, with prices on a similar level to most major European cities when it comes to sightseeing, nightlife and eating out.

On average, travellers tend to spend around $18 on food per day. The average price for a couple staying in a hotel is around $79. It’s also worth noting that ticket fares for the metro are fixed and cost around $0.75. You simply pay to enter the station, then the distance and time you spend travelling are unlimited.

Still can’t decide between Moscow or St Petersburg? We visit both cities on our Russia group tours.

5 comments on “Moscow or St Petersburg: Which Russian City Should You Visit?”