Skip to content
On The Go Tours Blog > Globe Trotting > Sri Lanka or Southern India: Which One’s For You?

Sri Lanka and southern India have long drawn travellers to their ancient sites, colourful cultures and delectable cuisine. Separated by a stretch of water measuring just 64 kilometres at its narrowest section, it would seem these two destinations have much in common.

In actual fact, Sri Lanka and southern India offer travellers two very different experiences. So to help you choose which one is for you, we’ve compiled a list of everything you need to know before you go. 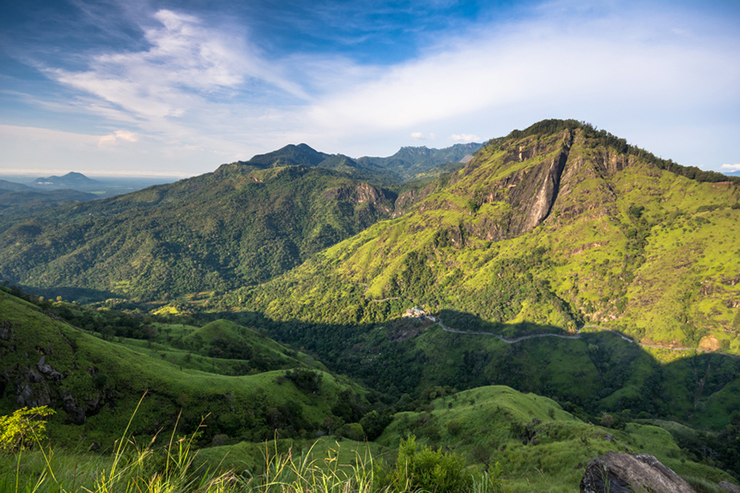 The Tear Drop Isle has much to rival its larger neighbour. With over 2,000 years of history, Sri Lanka boasts eight UNESCO World Heritage sites, several of which can be found in the country’s ‘cultural triangle’. The island also offers many national parks with exotic jungles and abundant wildlife to spot whilst on a safari. And with endless palm-fringed beaches lining its balmy coast – Sri Lanka truly has something to suit everyone.

Sri Lanka is very much a year-round destination and enjoys a pleasant tropical climate. However, there are two short monsoon seasons occurring at opposite times of the year. From October to February, rains fall on Sri Lanka’s northeast, then from April to September they pour on the southwest.

As the monsoons affect alternate sides of the island, you can always find good beach weather no matter what time of year you’re travelling. However to visit the popular Cultural Triangle and the southern coastline, December to March is generally considered the best time to visit as it is mostly dry. 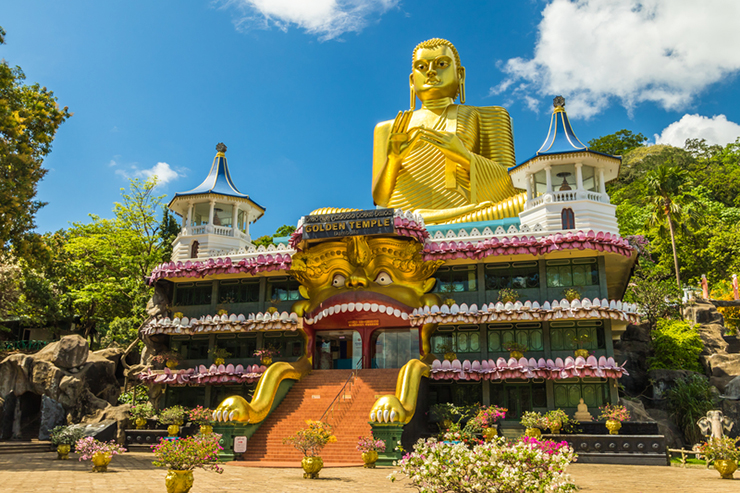 Sigiriya: This 5th-century fortress is one of the most unique ancient sites in Sri Lanka. Perched atop a rock plateau, Sigiriya overlooks verdant jungle and is inscribed on the World Heritage List.

Yala National Park: The inspiration behind Rudyard Kipling’s Jungle Book, Yala National Park is one of the most popular wildlife destinations in Sri Lanka. It’s also the best place in the world to see wild leopards.

Anuradhapura: Once the heart of Sri Lankan civilisation, Anuradhapura was lost to the jungle for hundreds of years before its rediscovery. The sprawling complex contains three main dagobas, alongside ancient pools and crumbling temples.

Kandy: This scenic hill city is home to the ornate Temple of the Tooth, where one of Buddha’s teeth is kept in a well-guarded golden casket – drawing worshippers and tourists alike.

Dambulla: A stunning cave complex containing over 150 images of Buddha. The highlight being an impressive 15-metre statue carved from the rock of the reclining Buddha. 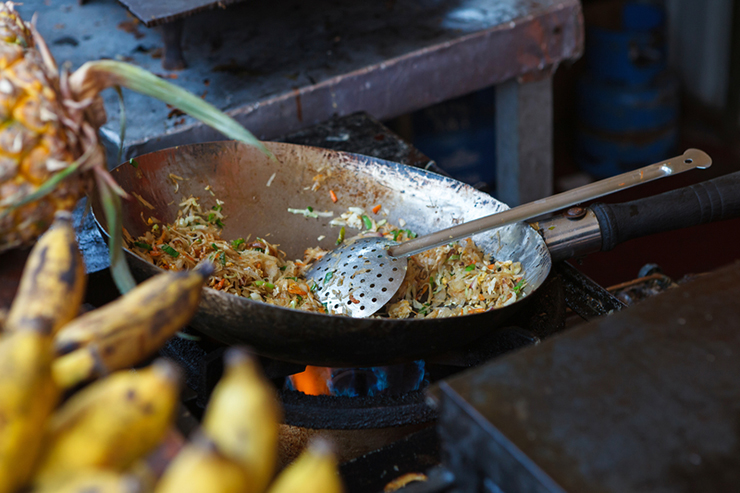 Being one of the original spice islands, it’s no wonder the staple dish of Sri Lanka is rice and curry. But there are plenty of other unique dishes out there to tempt your taste buds.

Kottu rotty is a delicious street food featuring pieces of roti mixed with vegetables or meat. Other must-try dishes include lamprais. This consists of boiled eggs, Dutch-style meatballs, aubergine and sambol, amongst other ingredients and spices. They are wrapped in banana leaf and slow baked in the oven. Also look out for numerous seafood restaurants as well as many chefs’ liberal usage of chilli powder.

How much does it cost to travel in Sri Lanka?

Whilst Sri Lanka isn’t as cheap as much of the subcontinent, it’s still very affordable. When it comes to accommodation, you’ll be able to find a decent double room for around $20 per night. Food is also fairly inexpensive, with a filling meal in a local café costing only a couple of dollars.

Local transport is considerably cheaper than renting a vehicle. Whilst you can travel the length of Sri Lanka by bus for around $20, the cost of a car and driver goes for around $55-70 a day. Entrance tickets to archaeological sites and national parks will eat the most out of your budget, with a safari costing around $80 per couple per day including transport and entrance fees.

How safe is Sri Lanka?

The majority of visits to Sri Lanka are trouble-free, with most travellers finding the locals incredibly warm, friendly and helpful. However, travellers should still take precautions when it comes to their belongings and safety. Avoid travelling alone at night and dress conservatively to avoid any unwanted attention. 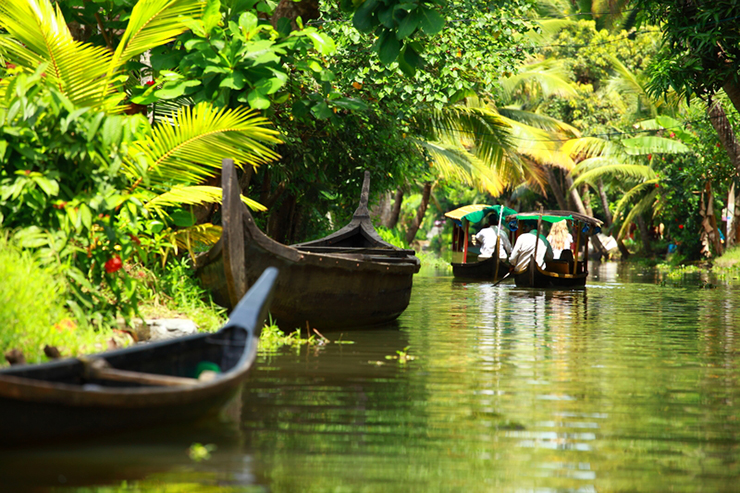 A stark contrast to the mountainous peaks of the north, southern India features rolling hills, tropical forests and tea plantations kept green and lush by the double-barrelled monsoon. The region also boasts palm-lined tropical backwaters perfect for taking a tranquil cruise. With five states, there’s plenty of vibrant cities including Chennai, Pondicherry and Kochi. UNESCO-listed temples, a fascinating colonial heritage and one of Asia’s largest freshwater lakes top off this beguiling region.

Southern India is a tropical region with its weather largely determined by monsoon patterns. Temperatures hover between moderate to high and the region also sees high humidity and much rainfall.

For the best conditions, time your visit during the winter months between December and March. However be aware that there are regional variations. In Kerala it’s dry, with warm temperatures and lower humidity. But in hill stations such as Munnar, cooler mornings and evenings require an extra layer of clothing. 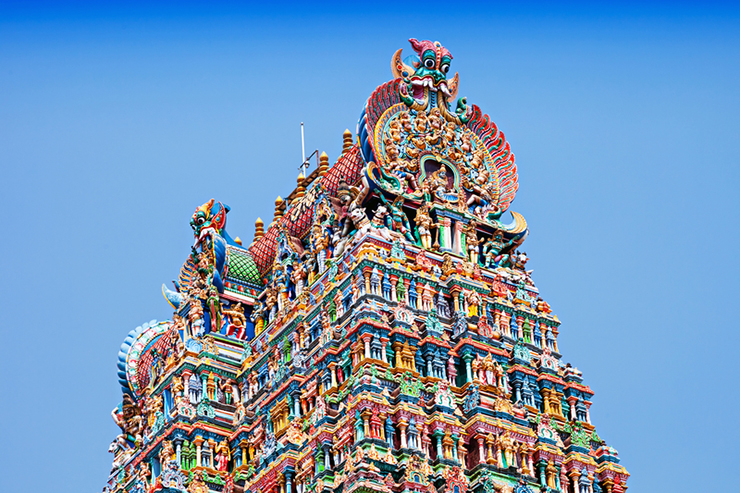 Kochi: An eclectic city where mosques and 16th-century Jewish Synagogues stand beside 500-year-old Dutch and Portuguese cottages. Off the coast of Kochi, you’ll also find giant Chinese fishing nets hovering over the waters.

Munnar: Sitting at an altitude of over 1,500 metres, the hill town of Munnar forms the centre of some of the world’s highest tea-growing estates. Expect dramatic mountain scenery with lush plantations and cooler weather.

Chennai: Boasting a rich cultural heritage and a history spanning over 2,000 years, Chennai is a fascinating city filled with colourful houses, temples and bazaars.

Kumarakom: Set in the Kerala backwaters, Kumarakom is a tropical paradise where lazy waterways lined by swaying palms and jungle snake towards the ocean, carrying multitudes of traditional houseboats.

Madurai: Home to the Meenakshi Temple, considered by some as the holiest place of worship in South India. Drawing thousands of devotees every day, visitors can enjoy a traditional Aarti Ceremony. 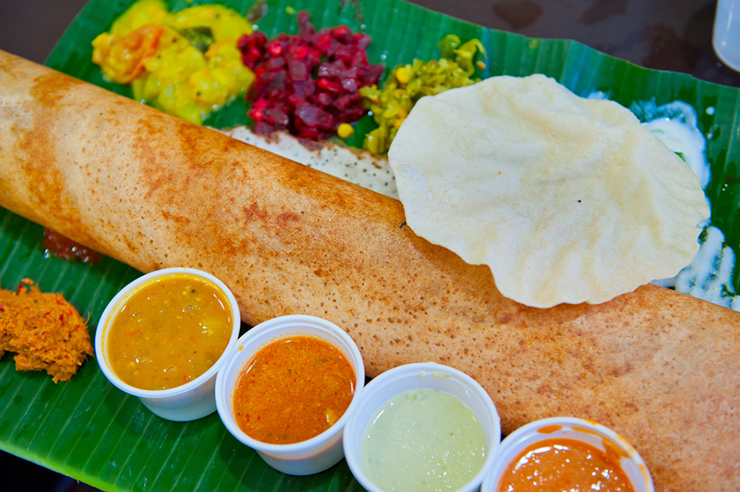 Whilst butter chicken, tandoori and naan bread are all culinary staples in the north, southern India offers a whole new range of cuisine. States such as Kerala, Tamil Nadu and Andhra Pradesh not only have their own versions of common Indian dishes, but also boast their own regional fare as well.

Top foods to try include a traditional breakfast food known as dosa. Much like a paper-thin crepe, dosas are made of rice and lentil batter and served with a hot lentil soup known as sambar and coconut chutney. Popular snacks include banana chips and vadas – a form of savoury doughnut. You’ll also find excellent biryanis and a milky rice pudding dessert known as payasam.

How much does it cost to travel in southern India?

India remains one of the cheapest countries to travel in the world, making its southern region the cheaper option when compared to Sri Lanka. It’s possible for two people travelling on a budget to spend as little as $15 per day, however, a more comfortable budget range would be between $20-$35 depending on your choice of accommodation and meals.

The average cost for two people staying in a guesthouse is around $10 and a restaurant meal can cost you just a couple of dollars – although street food is even cheaper. Long distance transport such as buses and trains are also incredibly cheap, costing around $7.50.

How safe is southern India?

Whilst southern India is safe to travel, you will need to be careful and not put yourself in unsafe situations. Avoid travelling by yourself at night or visiting isolated areas, and always keep a close eye on your belongings.